BACK TO ALL OPINION BLOGS
Currently reading: Racing lines: A ride in the Aston Martin Valkyrie
UP NEXT
Opinion: BTCC is the easiest way to see Britain's best driving talents

Racing lines: A ride in the Aston Martin Valkyrie

I say ‘allegedly’ because the surface of the potential that exists within the preposterous 1160bhp Aston Martin Valkyrie can barely be scratched by the likes of your humble correspondent – which is why, for once, a ride rather than a drive up the hill at the Goodwood Festival of Speed made the most sense.

The experience was over in less than 50 seconds and reminded me once again how professional racing drivers exist in another realm from the rest of us. 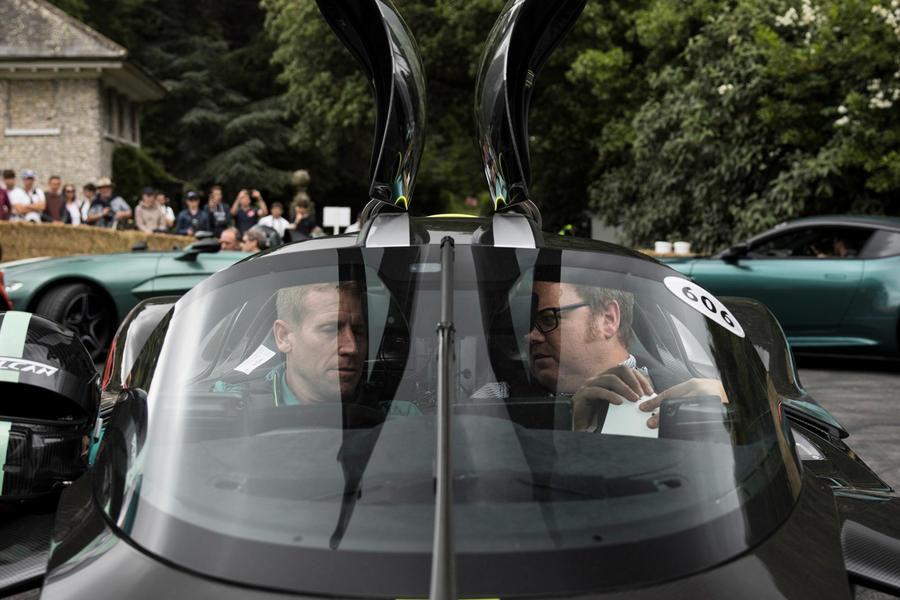 My chauffeur was Peter Dumbreck, who for the past two decades has raced potent GT cars all around the world, from Le Mans to Suzuka to the Nordschleife. A winner in the DTM, he’s forever remembered as the guy who survived (with barely a scratch) a flipping Mercedes-Benz CLR at Le Mans in 1999.

Today, he’s one of an increasing number of pros discovering new avenues for his skills as a developer of high-performance cars for manufacturers large and small, and he has spent past months pounding around circuits, pushing the limits of the Valkyrie to test not only its abilities but also its endurance.

Dumbreck will continue to do so until November, when the development programme is due to be wound up. The upgrades he is helping to perfect are being delivered to those fortunate customers who already have their gilded mitts on a Valkyrie, in the same way that we receive updates for our phones. 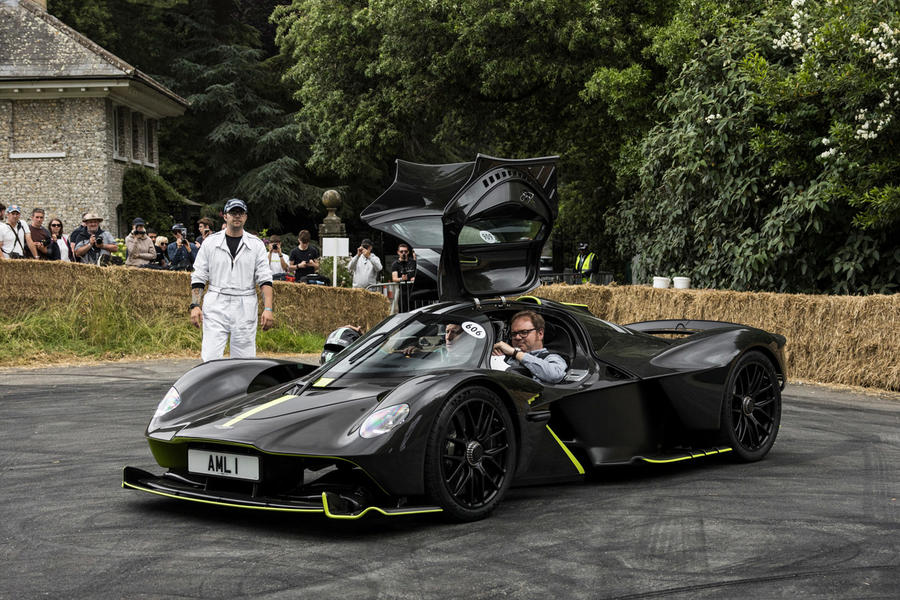 The run was everything you would expect and more: a blur of violent punk-rock insanity. The explosion of acceleration, the ‘we’re never gonna stop; oh yes we are’ braking, the increasing grip from the Michelin road tyres as they began to generate some heat… In a world of grey banality and sensible dullness, thank goodness there’s still a sliver of space for such lunacy as the Valkyrie. Good work, Aston Martin – and chapeau, Mr Newey.

I was in safe hands, of course. True to his breed, Dumbreck was unflappable even when the tail snapped out (the traction control kicked in, much to the annoyance of his natural instincts). All in a day’s work, then – although Dumbreck takes nothing for granted in his privileged position of living with such a car.

“I’m used to building up speed around a circuit,” he says, “but I’m gradually getting quicker. I want to put on a show. I want people to say: ‘Did you see the Valkyrie go up the hill?’ I don’t want this car to be seen going slowly, so I am trying. We’re on an undulating driveway to a country house in a car that has 1160bhp on road tyres. I’m struggling to get that power down – and there is so much of it.”

Dumbreck’s Valkyrie experience has been confined to race tracks, although those who have driven one on the public highway insist that it’s docile in a mundane setting.

“You get used to it,” says Dumbreck. “At the end of the day, it is just a car, and you have to remember that. At the same time, you have got to give it respect, because it has so much power – more than the competition cars I’ve raced – and it’s worth so much money.

“It’s arguably the most technically advanced car in the world, and you have a lot of responsibility with it. I get all the fun stuff, but I have that pressure not to make mistakes and to show the best of the car.”

From where I was sitting, it was mission accomplished. 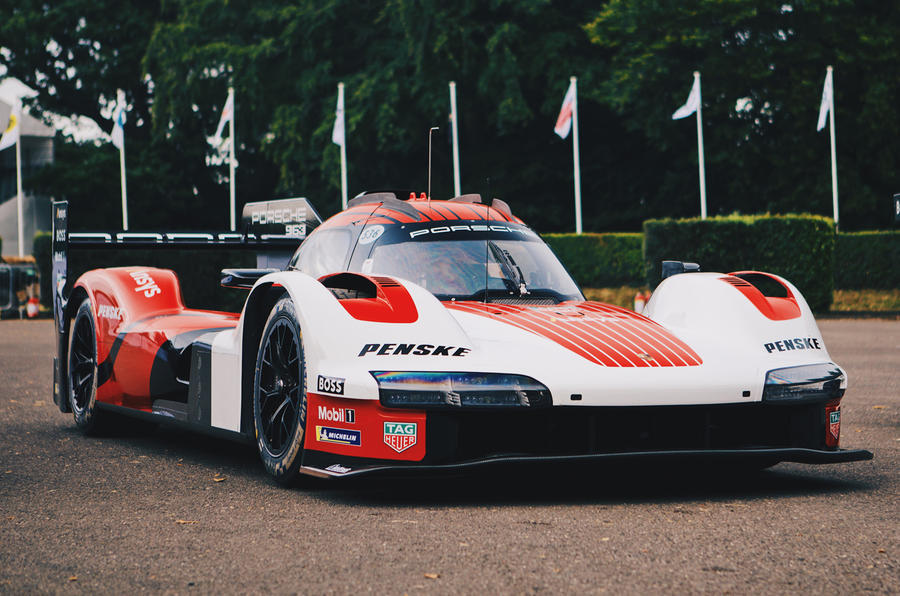 The Porsche 963 was unveiled at Goodwood, which became the first of the new LMDh hypercars to run in public, up the hill at the end of Friday.

First impressions are striking. In the metal, like in the images we’ve seen of the new Acura, BMW and Cadillac cars, this generation looks the part. Based on well-proportioned LMP2 chassis, a 20-plus grid also including LMH hypercars from Ferrari, Glickenhaus, Peugeot and Toyota will be something to behold next June. I can’t wait.

However, can Balance of Performance (BoP) racing work for the overall win? All of those car makers will expect victory, and the fear is that most of them won’t stick around for long when they don’t get what they want.

“If we didn’t accept BoP, I don’t think we would ever have had what we’re facing now,” points out Porsche motorsport chief Thomas Laudenbach. “If we want to have this convergence [of regulations between LMH and LMDh] and cost control, we have to accept BoP. Now we have to get it right. But we have a certain trust in the sanctioning bodies, otherwise we wouldn’t participate.”

The key, says Laudenbach, is for a united approach from the big manufacturers. “To me, every competitor has a responsibility to give his contribution,” he says. “We have it in our hands together to get it right. Yes, it isn’t easy. But I always want to look at it in a positive way, as a chance for a new era of endurance racing, so that everybody who comes to race can say: ‘I had a fair chance to win.’ Now we have got to make a perfect job.”

Fine sentiments. Although I can’t help thinking: good luck with that.

So, another Newey project, it'll fast, handle amazingly and cost a seven figure sum, will his brilliance in car design filter down to the stuff you and I drive every day?, I know he one of thee designers, designers who have cars like this also, it's just that I'd like to read articles on said such tech filtering down into everyday cars etc.