BACK TO ALL NEWS
Currently reading: Glickenhaus details 829bhp hypercar entry for Le Mans 2020
UP NEXT
How Matt Windle is putting Lotus back on the map

The SCG007 will race against the likes of the Aston Martin Valkyrie, Lamborghini Aventador and Toyota GR Super Sport in the new hypercar-based class of Le Mans racers.

This replaces the LMP1 protoypes that have raced in the WEC since the early 1990s. Manufacturers are allowed to enter racing versions of concepts and exisiting hypercars, provided that at least 20 roadgoing models are created over a two-year period. The cars can be petrol-only or hybrid powered, but total power output is set at 750hp, with no more than 270hp coming from the optional electrical system. With a mandatory car weight of 1100kg, 3min 30sec laps of Circuit de la Sarthe are expected.

Company founder Jim Glickenhaus said: "A car made in America hasn't won first overall at Le Mans since the Ford MkIV in 1967. We think it's time an American team wins again".

The SCG007 uses a Glickenhaus-branded twin-turbocharged 3.0-litre V6 engine that pumps out a claimed 829bhp. Its origin remains unconfirmed, but early renders of the car bearing a red-and-white livery and 'telephone dial' wheel design sparked rumours that the unit may be a bored-out, upgraded version of the 'F154' unit used by the Alfa Romeo Giulia Quadrifoglio. 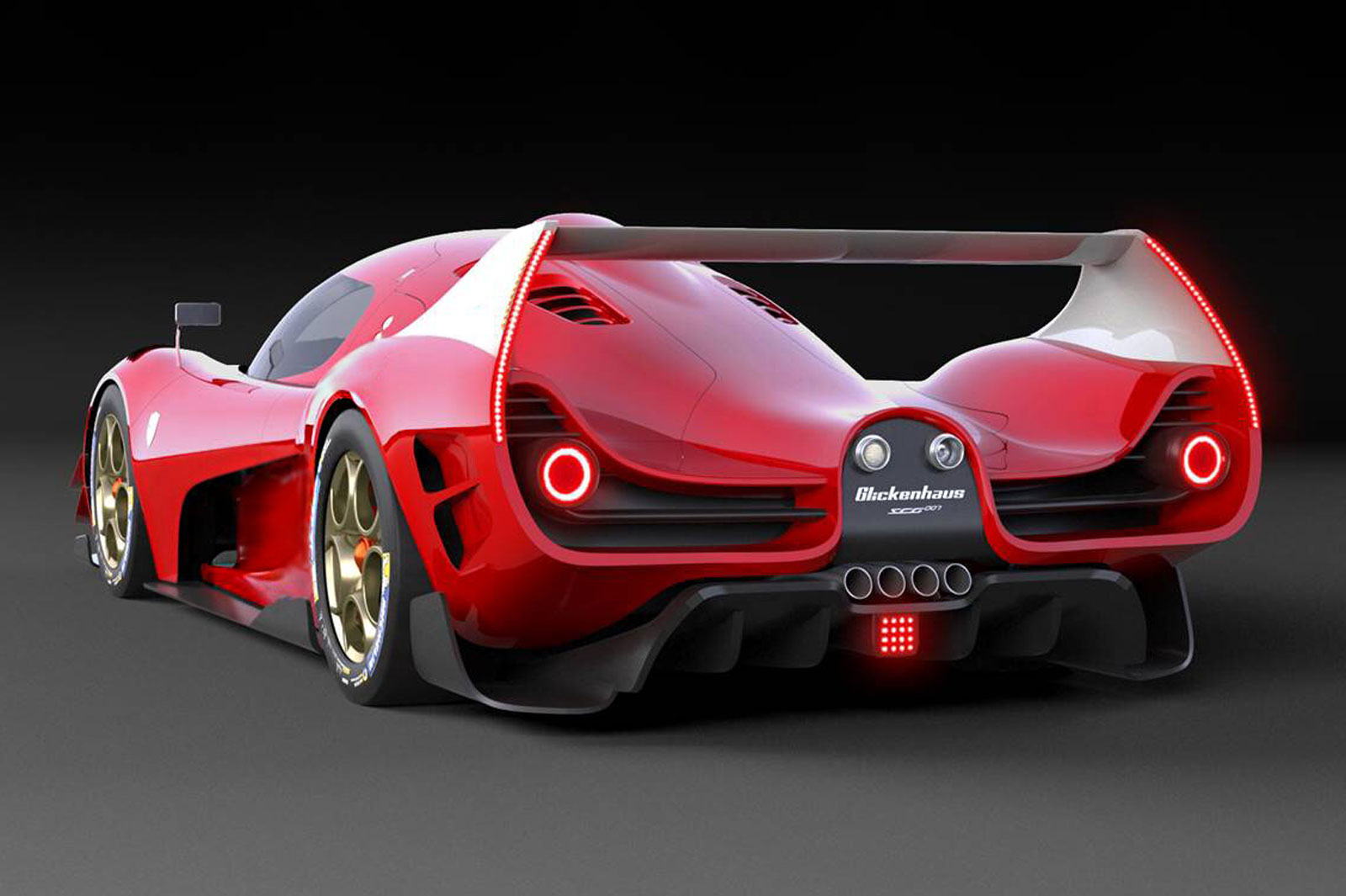 The original developer of that engine, Ferrari, is yet to confirm any plans to enter the Le Mans hypercar class, having stopped attending meetings about its introduction, along with Ford, in 2018.

Scuderia Cameron Glickenhaus revealed in March that it has been working on a hybrid system for WEC cars, but it's unclear whether the SCG007 features this.

The company will run works cars as well as offering examples to customer teams, for a price of around $1 million (currently around £800,000). It also plans to build between 20 and 30 roadgoing examples. It previously stated in 2018 that these would feature an 800hp engine and a 200hp hybrid system and be priced at $2m (£1.6m).

The WEC version of the SCG007 is scheduled to begin testing in July.

Film maker turned financier Glickenhaus announced his eponymous brand in 2013, with the SCG003 (SCG001 beeing his own road-converted Lola Can-Am car and SCG002 his Ferrari Enzo-based Pininfarina P4/5 one-off). The SCG003 has competed in various endurance events since 2015; production of roadgoing versions began two years later in New York after Scuderia Cameron Glickenhaus was approved by the US government as a low-volume manufacturer.

Production of the SCG004 – a GM V8-powered hypercar – in both race and road-legal forms is due to begin at a new plant in Connecticut later this year. The SCG006, meanwhile, is a Ferrari 250-style sports car that's due to arrive next year. Also planned is the Boot, a two-door soft-top off-roader that can be specced for the Baja rally or the road and uses a Chevrolet V8. 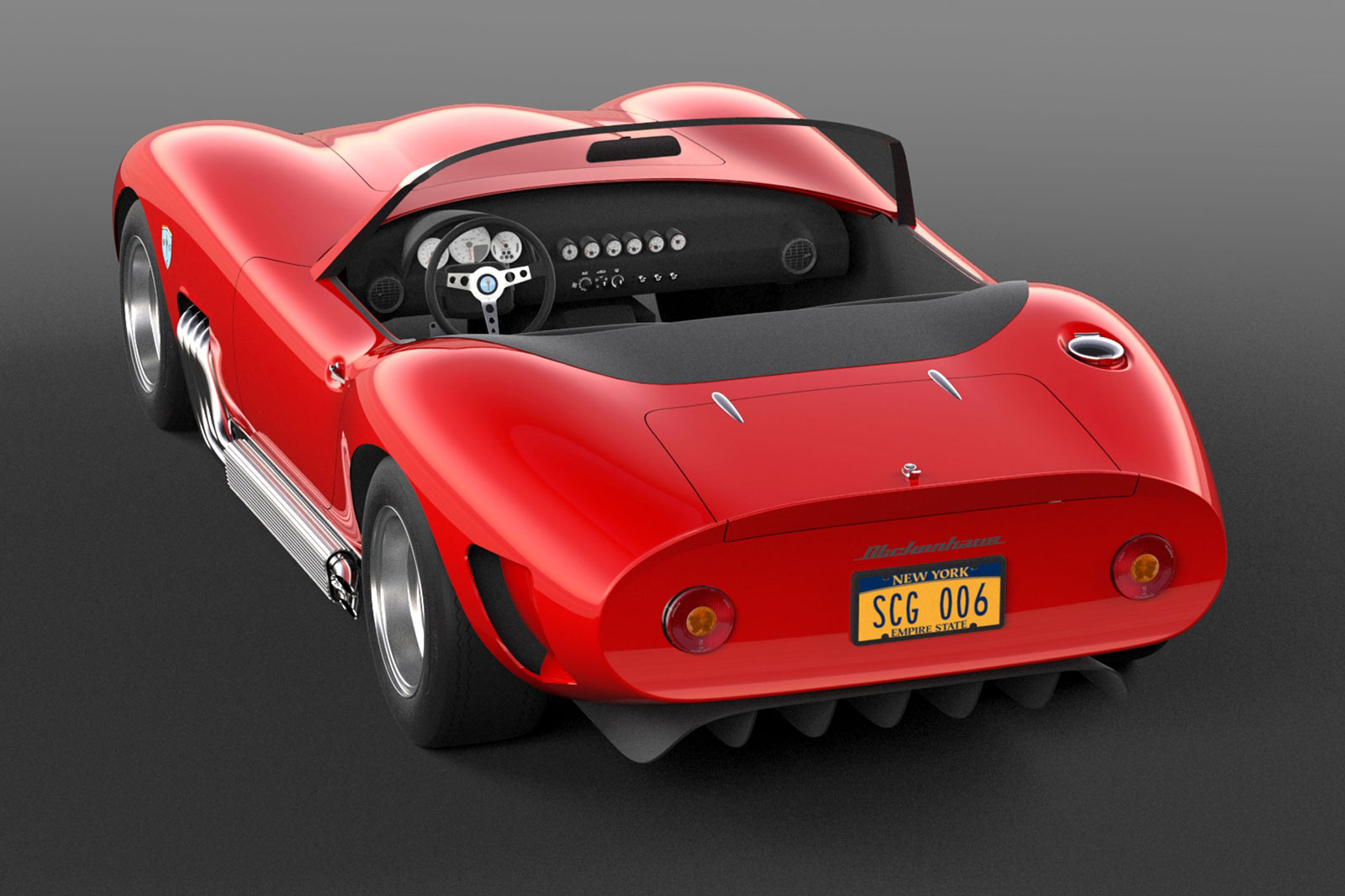 Racing lines: Why hypercars are the future at Le Mans

Images don’t tell all, do they?

Yes, there some great looking Cars here, especially the Spider, but, at no fault directly of the Photographer, there’s nothing to reference them against for how big they are........

Our 004's and Glickenhaus Boot will be GM powered not Nissan.

We will offer Customer Race versions of our LMP1/Hypercar as well as road legal versions.

Thanks for reading and responding to our comments.

The Baja buggy looks rather

The Baja buggy looks rather cool and clearly following the design and name of Steve Macqueen's rather famous device.