The C40 isn’t the first fully electric Volvo, being closely related to the XC40 Recharge P8 that was launched last year. But it is the first model from the Swedish company that won’t be available with anything other than a pure electric driveline. The first of these being the range-topping all-wheel drive Twin Pro version being driven here.

The Volvo C40 will never have combustion engines, but it isn’t sitting on an EV-only architecture. Essentially it is as it looks, a coupe-ized version of the existing Volvo XC40 with a lower roofline, and sitting on the same Compact Modular Architecture platform. The similarities between the two cars are obvious in almost identical dimensions, both sharing the same 2702mm wheelbase and 1910mm mirrors-folded width, with the C40’s length of 4431mm representing an increase of just 6mm. The big difference is height, with the C40’s chopped roofline being 69mm lower than its sister.

While a single motor version will follow in time, the Twin AWD shares its major components with the existing AWD XC40 Recharge and also the brawnier Polestar 2. A 201hp synchronous AC electric motor drives each axle, with power drawn from a 78kWh battery pack mounted beneath the floor. This supports DC fast charging at speeds of up to 150kW which, if you can find a sufficiently potent nozzle, will give an 80 percent charge in just 40 minutes. The onboard 11kW AC charger is intended for domestic use, and is able to fully replenish the pack in around 11 hours. The official range is an impressive 273 miles under the WLTP protocol. 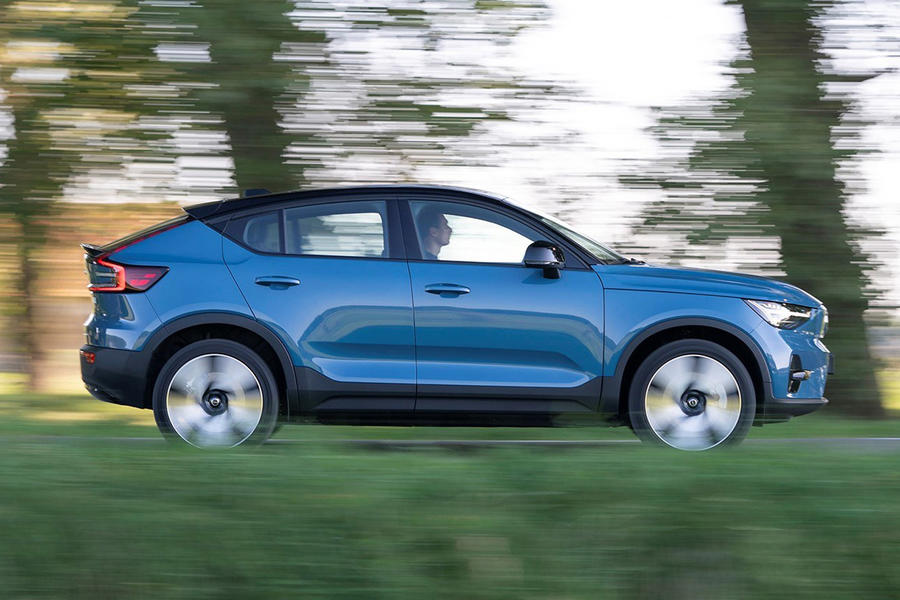 Performance is both silent and violent. The long travel of the C40’s throttle pedal makes it easy to modulate its considerable urge, and the top 25 percent delivers effortlessly rapid real-world pace. Pressing harder proves the twin motor C40 can generate and maintain impressive longitudinal G-loadings up to and beyond legal cruising speeds. A 4.7-sec 0-62mph time makes it one of the quickest accelerating Volvos of all time.

While the C40’s ability to deliver speed is impressive, it is definitely not a sportscar. Suspension settings are soft and there is noticeable pitch, dive and roll when asking it to alter its vectors. The electronic control systems work cleanly to deliver drama-free traction, but the combination of a 2185kg kerbweight and our test car’s all-season Pirelli Scorpion tyres resulted in some lurid understeer on wet surfaces.

Gentle use suits the C40 far better. On smooth Belgian tarmac it felt impressively pliant and refined, with only the start of wind noise from the A-pillars at motorway speeds distracting from the calm of the cabin. The switchable one-pedal operation also worked impressively well, delivering near imperceptible stops.

The C40 has made the switch the Volvo’s Google-based infotainment system, this running a crisply rendered 9-inch portrait touchscreen which looks great. This also controls various dynamic functions, although these need to be found within several layers of sub-menus. Volvo’s determination to simplify controls also means the C40 does without any handbrake button, or any starting procedure beyond getting into it with the key and selecting drive. (Strangely there is a still a blank on the dashboard where the regular XC40 has its engine start button.)

Cabin space is reasonable, too – there is less headroom in the back than in the XC40, but still a viable amount for regular use. A 31-litre under-bonnet frunk also supplements the 413-litre luggage space behind the tailgate with the smaller compartment best suited for storing charging cables. One thing missing is any leather or animal based cabin materials, which won’t be available even as an option.

This shouldn’t be an issue; the microfibre trimmed seats are comfortable and our test car featured what seemed to be denim on its door cards. But the abundance of black plastic trim, and a rubberized dash top that feels similar to the material Renault used in the ‘seventies, doesn’t feel appropriate for the seriousness of the Recharge Twin’s pricetag. 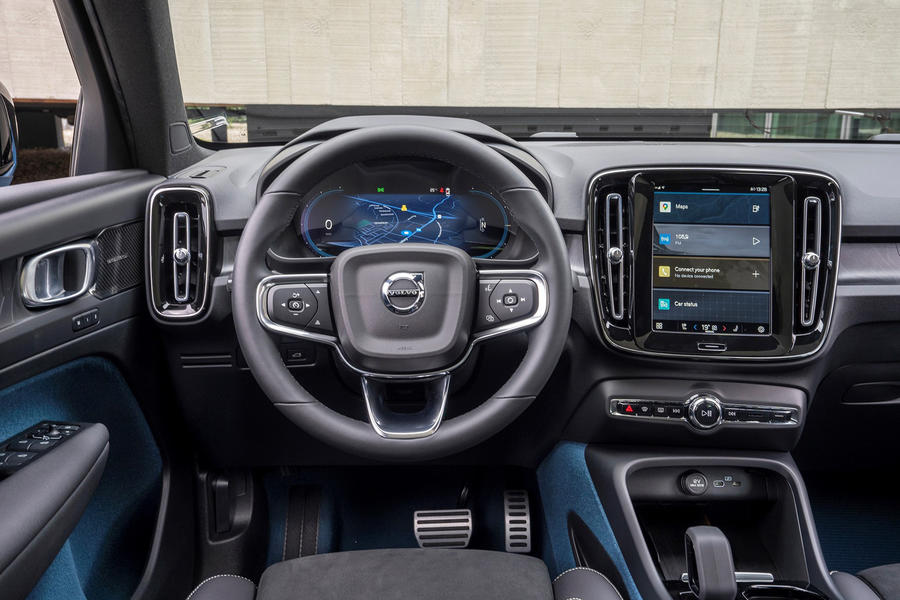 Volvo reckons that few will actually purchase the C40 Recharge outright, and given the Twin Pro’s £57,400 on-the-road price that doesn’t seem surprising. That figure includes what could be termed kitchen sink specification including a standard glass roof, active LED headlamps, a Harman Kardon sound system and a full suite of driver assistance systems. Instead the company reckons most early adopters will use one of the variety of leasing options, with Care by Volvo giving the choice between £729/ month fixed for three years or £879/ month for a rolling three-month contract.

Cheaper versions will follow, and as with the XC40 Recharge it seems likely that a less potent single motor powertrain will feel better suited to the C40 given the limited dynamism of the Twin Pro version. For those seeking a more resolved performance EV the mechanically near identical twin motor Polestar 2 offers a compelling alternative. 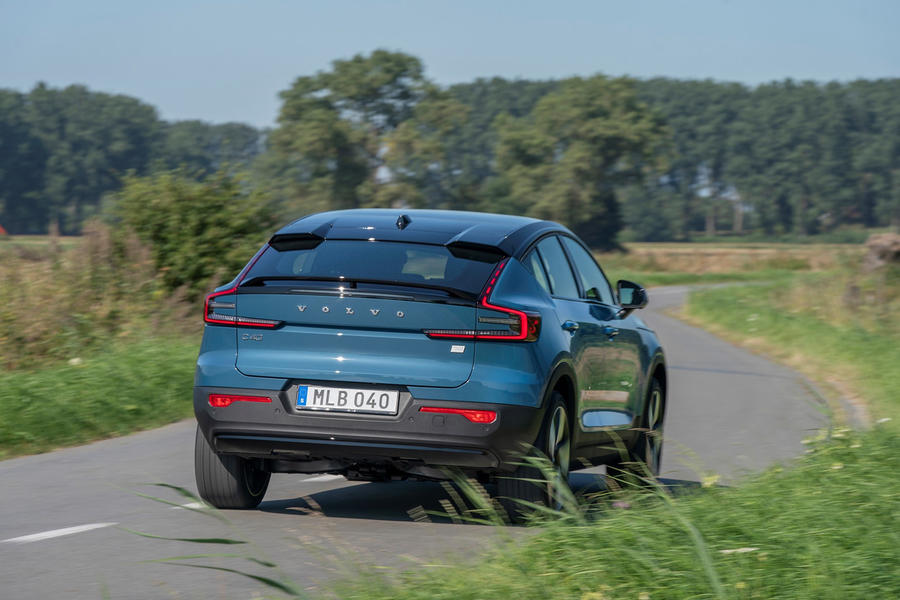