Drive 50 yards in DS Automobiles’s new baby electric soft-roader, the DS 3 Crossback E-Tense – the first premium battery SUV in the B-segment, as company people repeat ad nauseam – and you’ll instantly get why the PSA Group chose DS, its smallest-selling marque, to be first with a concept it intends eventually to sell across its four brands: Peugeot, Citroën, Vauxhall and DS.

In a nutshell, it is because of what the press blurb succinctly calls “the silence inside”.

Purveyors of pure-electric cars have learned many lessons since they started selling in earnest and one of the biggest has been the unexpectedly strong buyer appeal of the silence, smoothness and ease of driving only a pure-electric car can bring.

Such characteristics especially suit DS, the group’s slowly growing luxury brand. Its engineers have deliberately set out to surprise buyers (and rivals) by taking those innate natural characteristics to extremes with the sort of sound-killing steps you might expect in a Mercedes S-Class – using acoustically quiet trim materials in the cabin and thickening the door panels and windscreen glass to cut intruding noise from outside.

The result is a small car so quiet that – unlike others – at the wheel you simply can’t hear the mandated noise the car makes at low speed to warn bystanders of its progress.

Under the skin, the 4.1m-long DS has a new platform that can be used flexibly with equal success for combustion, hybrid and pure-electric models. In EV guise, it will soon to be applied to Peugeot’s e-208 hatchback and 2008 crossover models, as well as this DS, using a permanent magnet electric motor, rated at 134bhp and 192lb ft of torque, to drive the front wheels.

The motor is fed by a 50kWh lithium ion battery mounted beneath the front and rear seats, giving the car a WLTP-calculated range of 200 miles. Find one of the new 100kW chargers and you’ll need only half an hour to charge the car from empty to 80% capacity.

The battery weighs 350kg, but the car’s kerb weight rises by only 300kg – all of that mass low and centralised – because the engine and its ancillaries are no longer needed.

The car covers 0-60mph in a decent 9.0sec (a time that belies its even more urgent-feeling 0-30mph time), turns a 93mph top speed and, of course, emits no CO2 or toxic gases. 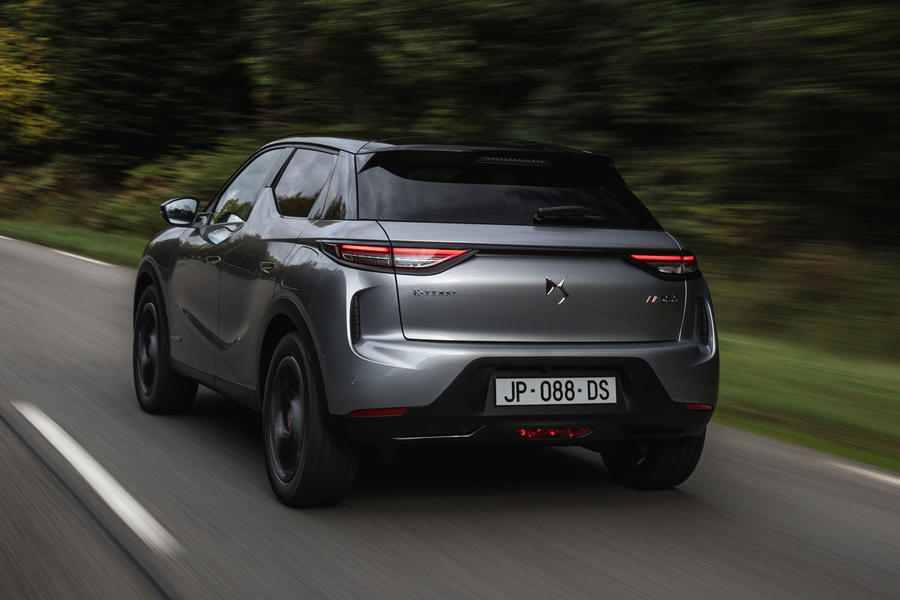 It’s a very well-equipped little car. Even the £30,490 entry-level Performance Line model we test here (that price taking account of the £3500 government electric car incentive) bristles with big-car electronic gadgetry and niceties like Alcantara upholstery. And there are even plusher Prestige (£32,490) and Ultra Prestige (£35,490) models above that. The rear-seat room is decent for the modest overall length and the boot is deep and spacious.

On the road, the car feels more supple than sporty but the compactness gives it a good deal of agility. It deals softly with bumps, although without significant body roll, and its generously sized tyres give it good grip. It can occasionally bounce a little too much on lumpy road surfaces, but tyre noise is extremely low (although UK road surfaces are sure to pose a sterner test).

There are three driving modes – Eco, Comfort and Sport, which progressively sharpen the accelerator response and gently increase steering rim effort. Sport is the best choice unless you’re desperate to extend your range on a journey home. 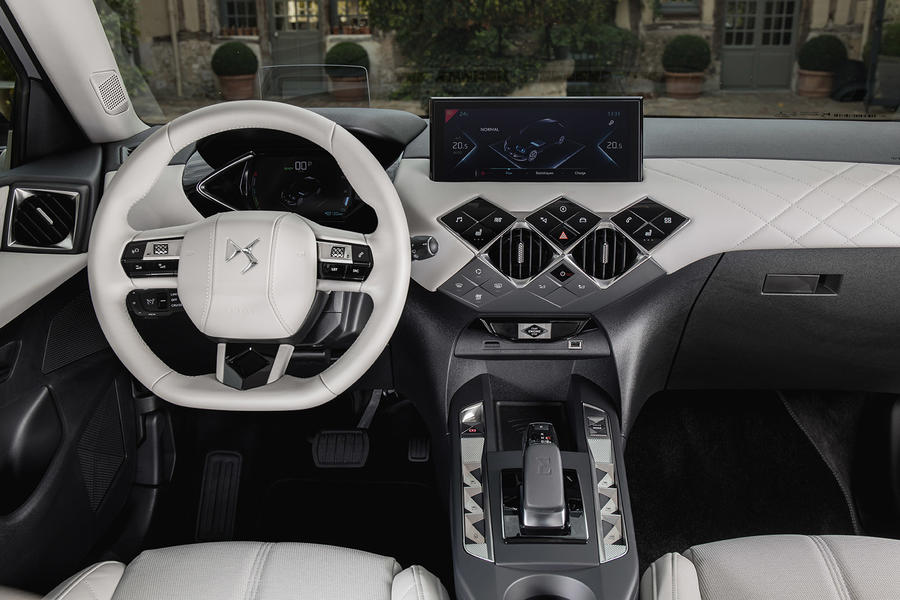 The electric DS 3 Crossback (we don’t see the odd 'E-Tense' part of the name playing well in the UK) is a fascinating arrival, offering a new kind of compact luxury to the market for electric cars at a price not too far adrift of less luxurious models.

Best of all, it promises good things from electric versions of the Peugeot 208 and Vauxhall Corsa, which will use the same powertrain. The market for pure-electric superminis just got much more interesting. 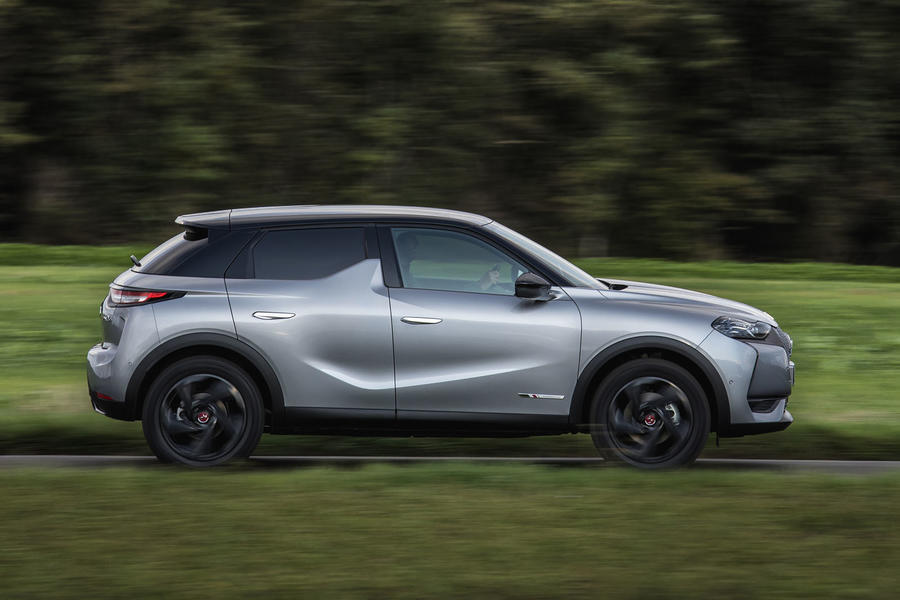 Not so pricey after all

This does seem expensive when you see the list price of the car, but there's some really cheap lease deals out there especially on the Ultra Prestige. Managed to get one through carwow and they're in stock too, can't wait to get behind the wheel!

Only Autocar could be surprised that many buyers value silence, smoothness and ease of driving.

Only Autocar could be surprised that many buyers value silence, smoothness and ease of driving.

Indeed. It's one thing their testers don't get. They seem to believe that because you're reading their magazine, you must fancy yourself as a bit of a 'wheelman' and those things aren't important.

Sorry but that car is very

Sorry but that car is very ugly IMHO, only a mother could love it... LOL...