BACK TO ALL NEWS
Currently reading: New Peugeot 2008 and e-2008: prices and specs revealed
UP NEXT
Alfa Romeo to revive GTV as an EV in sweeping range renewal

Peugeot has released UK-specific pricing and spec information for the new 2008 and e-2008, with orders now opening for both models.

The new car is 140mm longer than its predecessor and 20mm lower. At 4.3m, the new 2008 is now only 150mm shorter than the larger 3008 SUV. A 60mm longer wheelbase helps boost boot space by 10 litres up to 434 litres across all versions including the electric e-2008, while also increasing rear passenger legroom over the outgoing model.

Sitting on Peugeot’s CMP (Common Modular Platform) architecture, which also underpins the upcoming 208 and Vauxhall Corsa superminis, as well as the current DS 3 Crossback, the new 2008 will launch in the UK with a familiar line-up of PSA petrol engines, as well as the debuting electric powertrain. All cars are front-wheel drive, with optional Grip Control traction control available for driving on changeable road conditions. 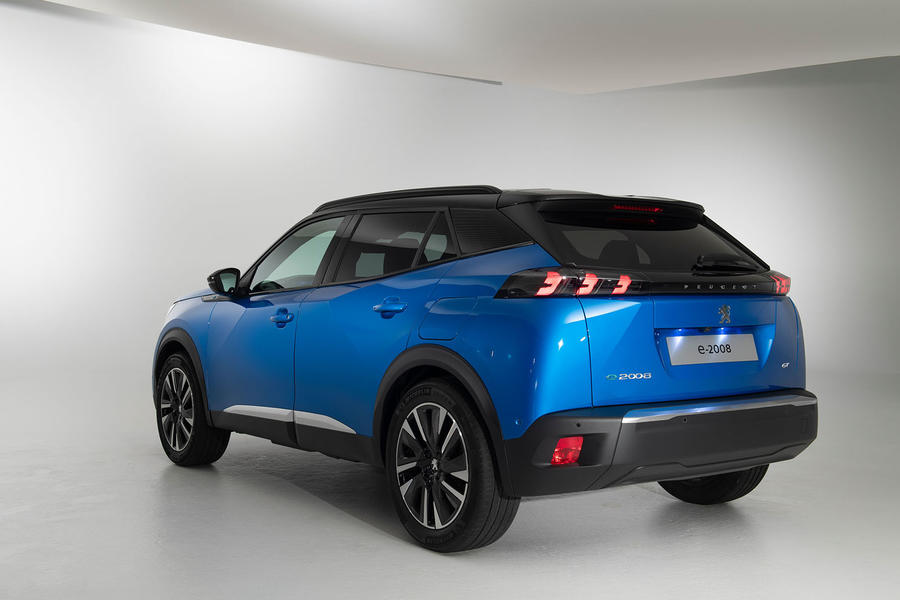 The 1.2-litre, turbocharged three-cylinder will arrive in a choice of 99, 128 and 153bhp outputs with either 6-speed manual or eight-speed automatic transmission. A 99bhp, 1.5-litre four-cylinder diesel will also be available with a six-speed manual only.

The electric e-2008 uses a single motor to drive the front wheels, which produces 136bhp and 192lb ft of torque. A 50kWh battery will provide up to 192 miles of range on the WLTP cycle, which is slightly less than the smaller 208 on account of this car’s greater weight and less aerodynamic body style.

Support for 100kW rapid charging should mean an 80% charge will only take 30 minutes, while two levels of regenerative braking gives the driver the option for greater energy recovery or a more petrol-like driving experience.

Because PSA believes that electric cars will eventually become a natural part of each model’s line-up, the only features that distinguish the e-2008 from ICE versions are some subtle badges and a slightly redesigned front grille. The new car borrows design elements from the 208 and 508 saloon, including light clusters that mimic a lion’s teeth and claws. 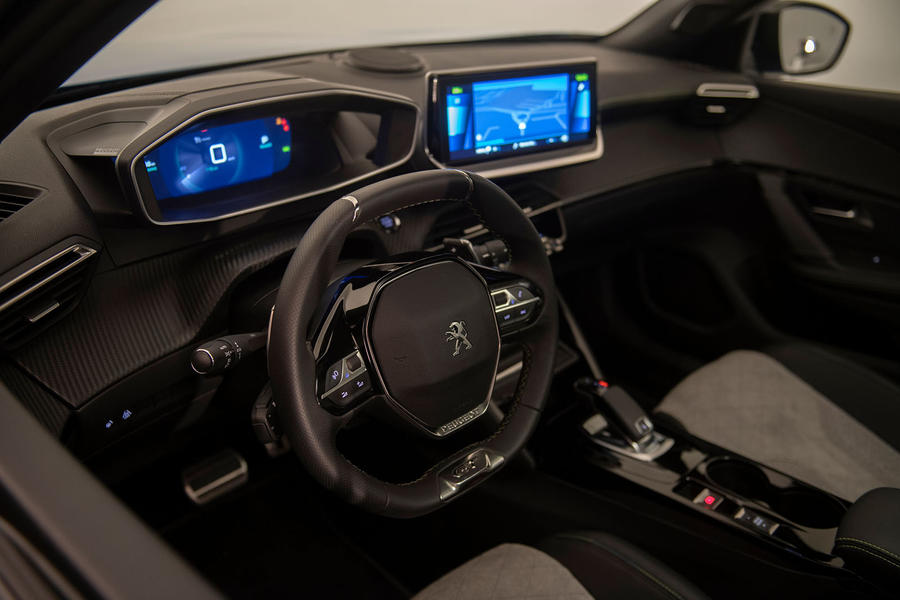 Inside, the latest version of Peugeot’s i-cockpit retains the same small diameter steering wheel and widescreen infotainment display as the 508 saloon, while adding a three-dimensional effect to the digital instrument cluster. The speed and safety information is projected like a hologram on top of the regular cluster, which Peugeot claims help to improve driver reaction times.

Apple CarPlay and Android Auto are supported as standard, with wireless charging on board for compatible smartphones. Top-end GT-Line and GT models will also receive alcantara and leather interior trim, customisable ambient lighting and will ride on 18in alloy wheels. Safety technologies such as adaptive cruise control with lane assist, park assist and autonomous emergency braking have also filtered down from the more premium 5008.

The 2008 will be built in Vigo, Spain, with both EV and combustion models made on the same production line. Cars destined for the Chinese market will be manufactured locally.

UK cars will arrive in early 2020, with the electric e-2008 to follow after. Peugeot will be competing with the Kia e-Niro and Hyundai Kona Electric - which both offer greater range.

Why do they have to style them like this? The 508 looks good, but why are the SUVs so awful looking?

Overall, I like the looks. It is sharp, and compact looking. Best compact SUV on the market? Probably. The Arona looks tall, the T-Cross looks like what my sister would call "organised fun", the Juke is a marmite car but now ancient, and everything else is a bit bland. The CX-3 is the exception, I think that still looks good 4 years on.

Anyway, 2008 looks like a winner to me. Interior is interesting, with some neat touches (love the phone holder).

Range could be better, but it is great that more and more manufacturers are making this an option. No, it isn't the option for everyone, but for many it will be a great alternative. The technology has to start somewhere afterall