From £70,4709
As close as the S-Class gets to a fully electric version, but whether it's the one to buy depends on whether you'll be using it for battery-friendly journeys
Open gallery
Close

The new Mercedes-Benz S560e is the S-Class of choice for the more environmentally conscious business tycoon, in that it’s currently the closest thing on offer to a fully electric version of Stuttgart’s flagship saloon.

It’s the successor to the S500e from 2014 and brings with it a number of changes that result in not only performance being increased, but range too. Where that older model mated a 329bhp V6 with a 114bhp electric motor, the S560e brings a 362bhp V6 to the table, along with a 121bhp electric motor.

This makes for a total system output of 470bhp, while torque stands at 516lb ft. It’s a fairly potent machine, then; the sprint from 0-62mph is dispatched in 5.0sec, while top speed is limited to 155mph. But as quick as this new S-Class is, its capability for zero-emissions motoring is arguably of greater importance.

That electric motor is now powered by 13.5kWh battery, as opposed to the older car’s 8.7kWh unit, which, courtesy of greater cell capacity (up to 37Ah from 22Ah), now allows the S560e to cover around 30 miles on electricity alone, at a top speed of 80mph. By contrast, the S500e could manage an electric range of just 20 miles.

A new water-cooled 7.4kW charger, meanwhile, means the battery can be charged from 10 to 100% in as little as one and a half hours. That said, to achieve this charging time, you’ll need to fork out for a dedicated wallbox - otherwise you’ll be faced with a charge time of about five hours if you plug in to a regular household socket. 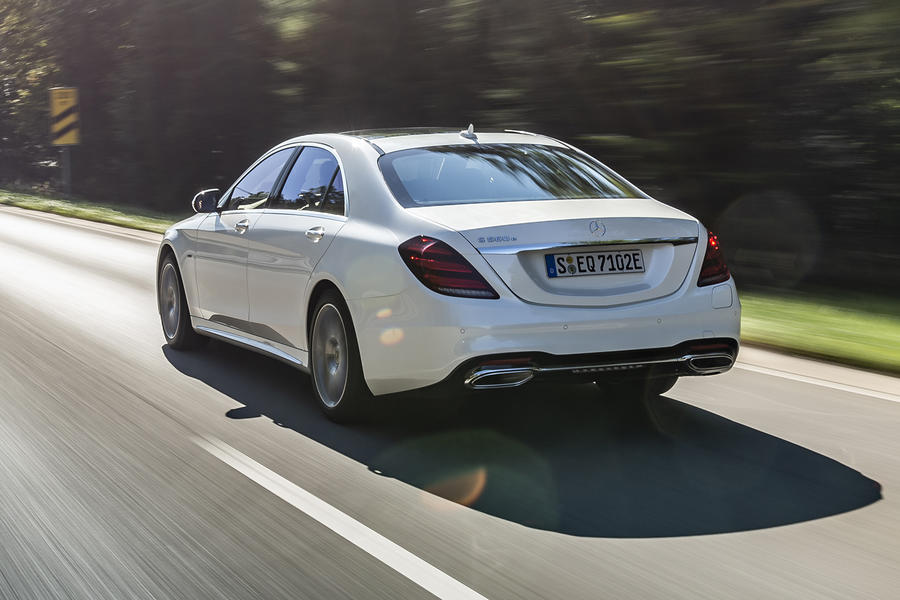 The S560e is incredibly relaxing, smooth and refined - almost to the point where being stuck in heavy traffic in an unfamiliar city is a completely stress-free experience.

Acceleration away from the lights courtesy of the electric motor is incredibly gentle, while the S560e’s low-speed ride is largely impeccable, save from the gentlest of intrusions from lumps and bumps in the road’s surface. There’s also the added sense of smugness that comes from knowing your opulent and expensive luxury barge is doing less to contribute to inner-city smog than the clapped-out diesel hatch you might find next to you.

Well, at least until the V6 engine fires into life, anyway - although when it does, the transition from electric to petrol power is seamless to the point of being nearly undetectable. It’s a pleasingly smooth engine, too, while the growl it emits under throttle - though distant-sounding due to the level of isolation from the outside world the S560e’s cabin provides - still has a decidedly muscular character about it. The manner in which it accelerates, meanwhile, is every bit as linear and smooth as you’d expect it to be.

Although the majority of our time in the car was spent caught up in Stuttgart’s busy midday traffic, the brief stint we had at motorway speeds only served to confirm existing suspicions that the S560e would make for an excellent long-distance cruiser. It’s a seriously comfortable and refined car; wind and road noise are practically non-existent, the powertrain is hushed and the ride only gets better with pace.

There’s plenty of impressive technology working behind the scenes, too. Eco Assist - which sort of acts as an economy-minded co-pilot - is one such feature. It’ll analyse things such as the distance between you and the car in front, speed limits of a particular stretch of road and even whether you’re approaching a junction or hill and prompt you to lift off the throttle in order to optimise recuperation of the battery through regenerative braking, or to coast downhill - the pay-off being optimised fuel consumption, as well as an improved electric range.

And, of course, being an Mercedes-Benz S-Class, it has a cabin that’s every bit as plush, opulent and well appointed as you’d expect it to be. 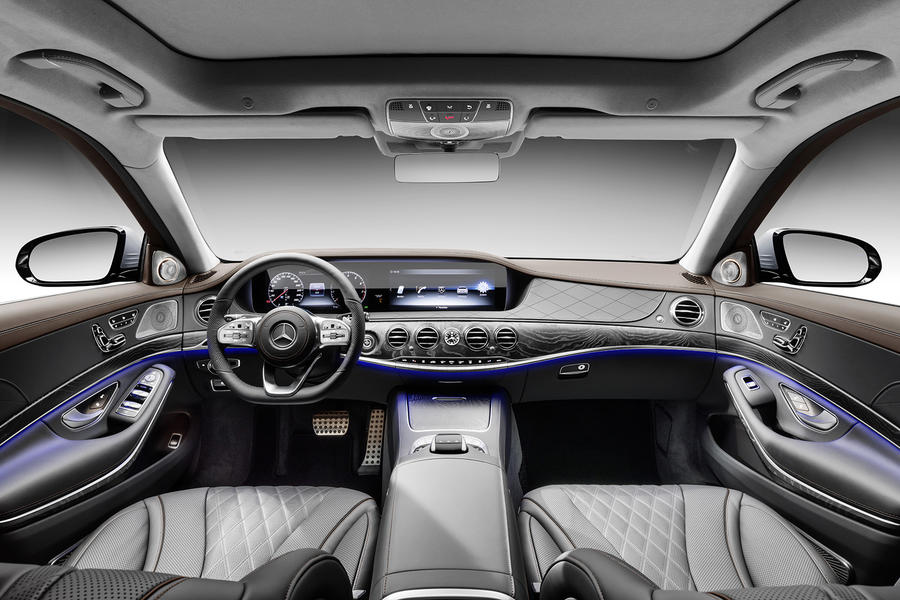 There’s no denying the fact that the S560e is incredibly capable when it comes to the task of being a comfortable, well-appointed and desirable luxury saloon. But as is always the case with these sorts of things, whether or not it’s the luxury saloon you should buy depends on how you’re planning on using it.

If regular long-distance trips are on the cards, go for one of the diesels. You won’t reap the benefits of the electrified powertrain otherwise. However, if most of your time will be spent driving or being driven over reasonably short distances within the city, then this absolutely is the Mercedes-Benz S-Class to have.

Not only does the ability to drive on electricity alone over these short distances make the S560e significantly cheaper to run, but the incredible refinement it provides also makes the S-Class feel that much more of a luxury product. 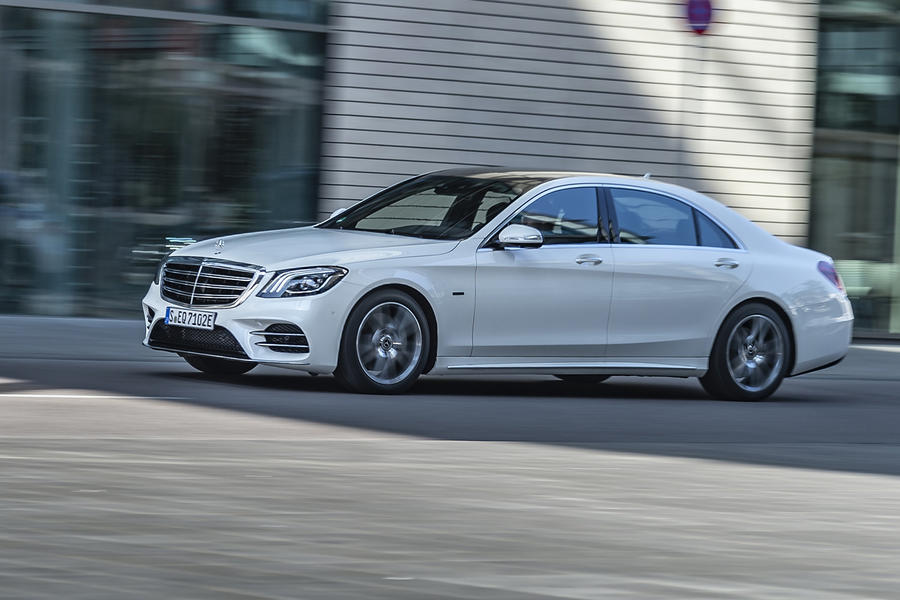 Can't afford but if I could I think I would give this a trial. You may as well get the "leccy" while it is still being charged at domestic rates.

Not convinced and at no time convincing..the only time anyone takes note of your posts...is to rebuke you for the tripe you type...almost all of them, for that matter. TwIT

Seat controls on the door card

Not a good look Mercedes.
View all comments (5)