Onwards, friends, leaving no niche unturned, just as much in the super-sports car category as Mercedes is doing in the small family car segment. This is the Mercedes-AMG GT Roadster in ‘R’ form and it takes the GT’s total number of derivatives to 16, across the two-door sports car’s coupé and roadster derivatives.

The R Roadster is one of the weirder ones in the line-up because if you imagine a Porsche 911 GT3 RS Convertible, that’s kind of where we are. The R Roadster has the second-most-focused GT chassis set-up (behind only the GT R Pro) and is meant to be a Nürburgring monster, but here comes with a soft-top body, which, you’ll know, usually means some dynamic compromises.

The aerodynamic, mechanical and dynamic specifications of the R Coupé and Roadster, then, are similar. There’s a big fixed wing (which looks a bit odd on the roadster), a 577bhp/516lb ft tune for the 4.0-litre V8, adjustable dampers, active rear steer and a wider track than on the GT C, the next model down in the range.

The R’s roof and body strengthening are the same as other GT roadsters, meaning a three-layer fabric hood and a kerb weight some 80kg heavier than the R coupé’s, leaving it at 1710kg. That is the first reason why this is a curious derivative: if you want the best driver’s variant of a car, adding 80kg to it is not usually how you’d go about it.

Reason two is that in removing the fixed roof, there’s always some compromise in body stiffness. Unless, say, you have a carbonfibre tub like McLaren does, and which this Mercedes doesn’t. 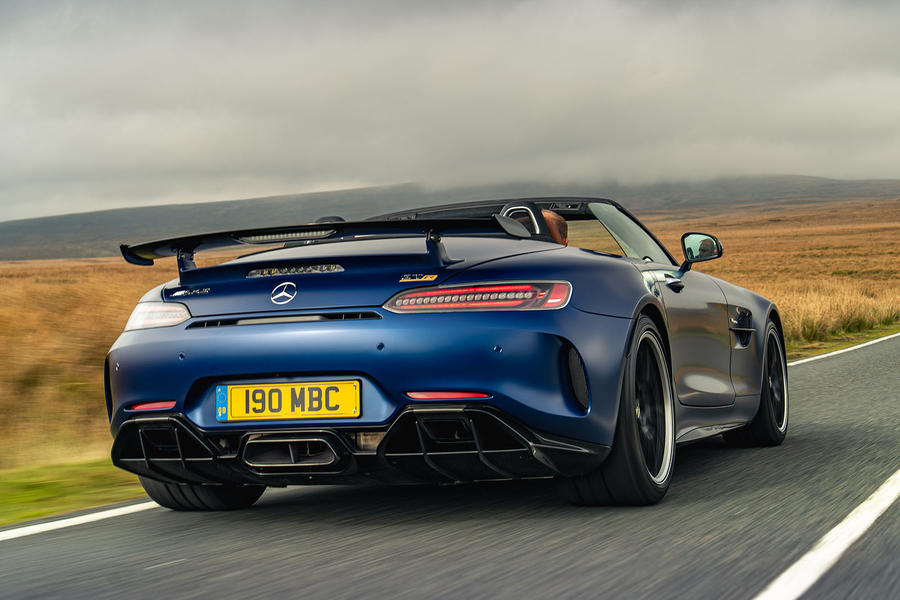 So sure enough, even with the adaptive dampers placed in their softest mode via the hugely over-complex array of interior switches, you can feel that familiar and unsettling soft-top steering wheel shimmy as you drive down bad roads, with the GT R Roadster’s front and rear suspension worrying about different things at different times and the whole thing showing the same kind of chassis compliance as a skateboard.

Sure, there’s a big amount of woofle and drama from the 4.0-litre twin-turbo V8 and reasonable responses from the rear-mounted seven-speed dual-clutch transmission, but while it’s a heady experience, it doesn’t initially strike me as a particularly satisfying nor sophisticated one. Large amounts of graunching and scrubbing at manoeuvring speeds don’t ease the mood along, either.

Besides, this is a large car. AMG’s front-mid-engined take on things means the bonnet is long and you’re sitting way behind it, close to the rear axle and with the additional front track width to contend with, too. The GT has always felt a bit of a hot rod, and this is the hottest AMG rod of them all – like in an old AC Cobra or something, the big news is all happening out the front and you’re just at the back hanging onto it.

And yet, it’s actually not always like that. Find a back road that’s broad enough - and it doesn’t have to be US-level width or anything - and the active rear steer is tuned sufficiently well that the R Roadster is intuitive at brisk road speeds, with a welcome level of agility so that, yes, there’s capability and enjoyment beyond lesser AMG GTs. A Porsche 911 or McLaren is more intimate and rewarding still, but ultimately the GT R turns out to be not so bad at all. 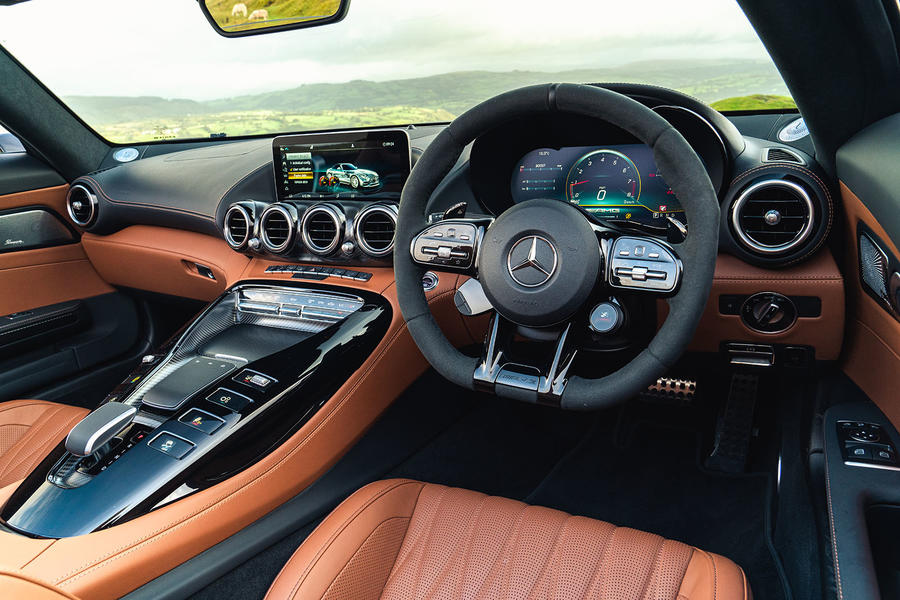 It strikes me that it takes a peculiar set of circumstances and requirements to alight on your ideal AMG GT being this particular blend of mechanical options. That might be why AMG is only going to make 750 of them.

Enjoyable though it is in specific conditions, I can’t shake the feeling that this is an AMG for people who must have ‘the most’, rather than who strive to own the best. 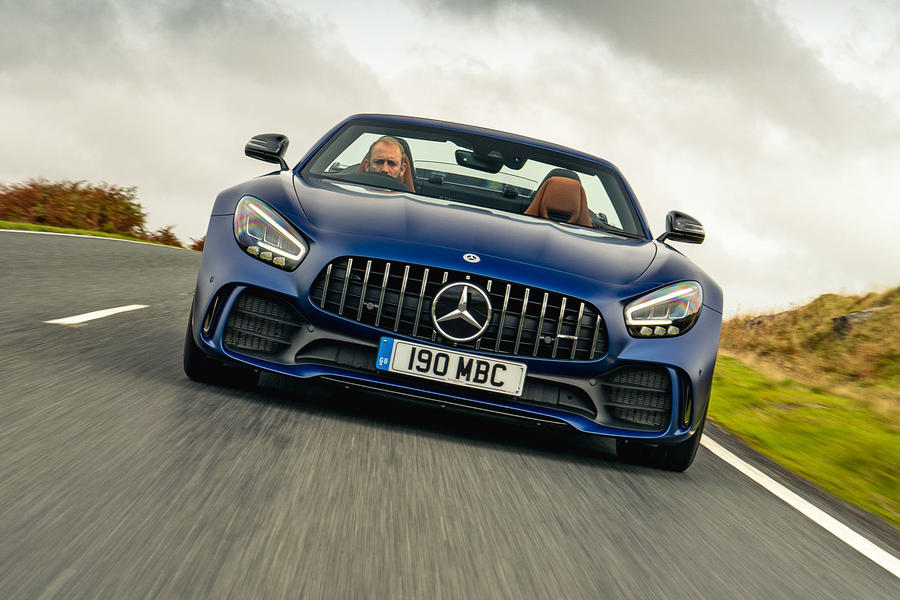 What is it with Mercedes and BMW? Both having grills like trucks! Ugly! Is it some kind of fad?

Certainly does not improve the looks. As far as design goes maybe they should take a leaf out

Matt Prior is too polite to say it, but reading between the lines:

what a total chest-wig of a car.

Who's the lesser capable sub-editor?

May we have the name of the lesser capable sub-editor guilty of this offence to the English language? I don't for one moment suspect MP of such atrocious writing.

. . . still, I suppose we should at least be grateful that (s)he wrote lesser rather than least, as in the "Which is the best of the two" which adorns the majority of two-car tests nowadays.