From £19,9958
The Mondeo ST-Line marries sporty styling with that car's signature dynamism to make a rather appealing package designed for private buyers
Open gallery
Close

When the Ford Mondeo Mk1 first appeared in 1993, its agile handling and responsive steering turned what was expected to be a run-of-the-mill fleet car into a driver’s delight. It’s grown a bit since then – by around 400mm in length and to more than 250kg – but it’s also grown into a more refined proposition.

The Mondeo ST-Line and more expensive ST-Line X introduced in 2017 were part of Ford’s strategy to split ranges above the entry level into sports and luxury trim levels (Titanium and Vignale). Thus, both versions of ST-Line are sporting trims akin to Audi’s S line rather than a return to true sports ‘ST’ versions of the Mondeo. For the 2018 model year, ST-Line X has been renamed ST-Line Edition. ST-Line is not aimed at fleets but fair and square at the retail buyer.

The Mondeo ST-Line comes with sports suspension that is slightly stiffer and 10mm lower than standard. Outside, there’s a full body styling kit and 18in Rock Metallic alloy wheels. Inside, there are front cloth sports seats with red contrast stitching, alloy pedals, accented red stitching on the steering wheel, centre console and door trims, and dark headliner.

Powertrains are either 148bhp or 178bhp 2.0 Duratorq TDCi diesel, with either six-speed manual transmission or PowerShift dual-clutch automatic on the more powerful engine. There’s also an all-wheel-drive option tested here, in conjunction with the 178bhp diesel and auto 'box. 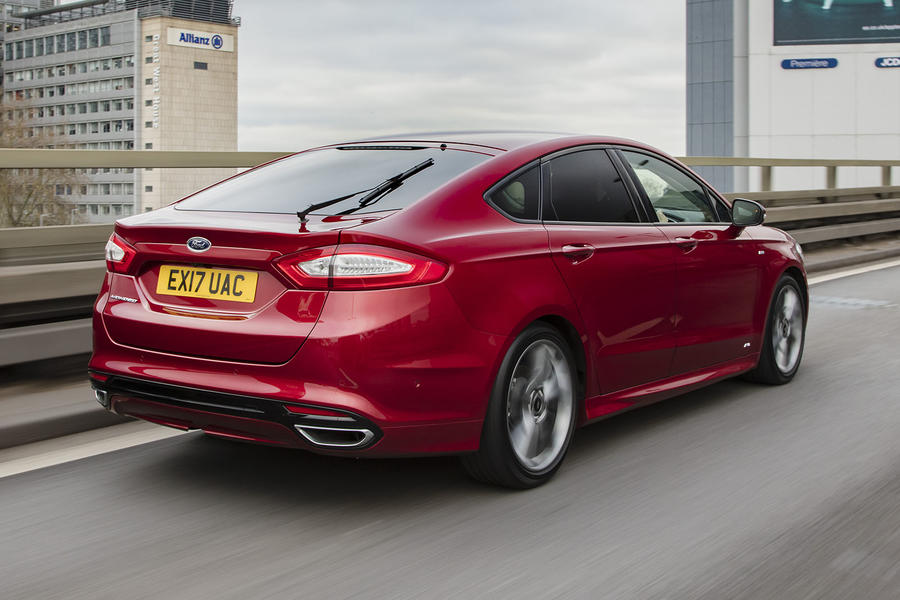 The car we tested had a few variations from standard spec – the main difference being that it was rolling on 19in ST-Line Edition wheels clad with 235/40 R19 Continental ContiSportContact tyres. The steering has that sharp response to initial steering input that Ford is known for and immediately weights up nicely either side of the straight ahead. On a mix of urban and motorway driving, the ride remains surprisingly supple on the bigger wheels and has firmer suspension compared with a standard Vignale model we tried back to back. Wind and road noise at the legal limit on the motorway are comfortably low.

The 178bhp diesel in combination with the PowerShift auto 'box is smooth and slick, if not quite as quiet and refined as the same combination in the Vignale. The PowerShift gearbox shifts imperceptibly and responds quickly to kickdown. Most of the time, though, it will hold a gear and draw on the diesel’s substantial reserves of torque.

Comfortable sports seats (electric for the driver and manual for front passenger) with contemporary, two-tone textured fabrics live up to their sports moniker, providing a noticeably lower seating position than in the Vignale. Once installed, the view ahead and around the interior is slightly disappointing, though. The dash has a nicely finished soft surface but the centre console is plain, with grey against grey and little in the way of highlights. Some satin-finish metal trim inserts would add a bit of pizzazz and make a huge difference. 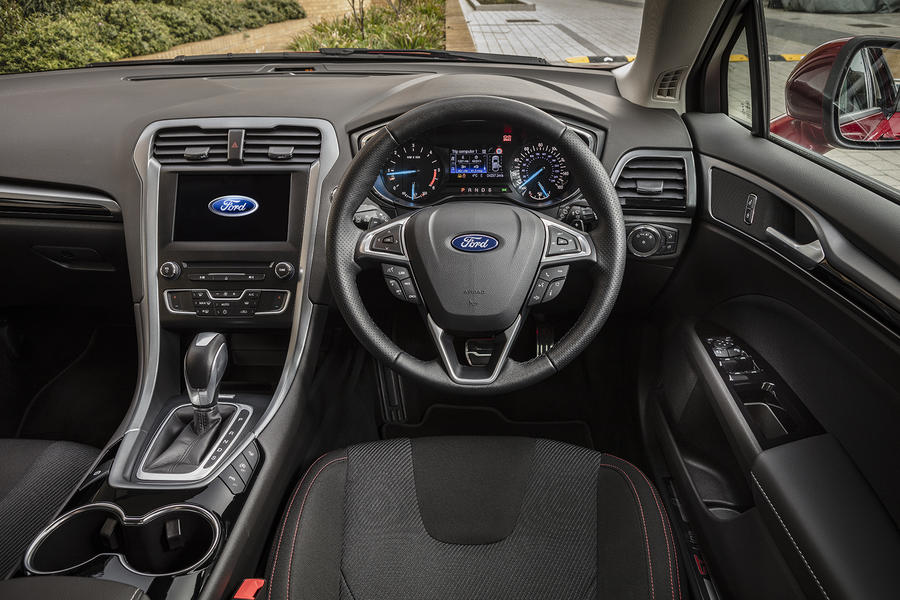 Price cuts have been made across the Mondeo range to help customers with taxation and, for 2018, a hefty £3,200 has been trimmed from the price of the ST-Line. Ford says that because of the ST-Line’s better residuals, customers opting to buy on PCP should be able to get an ST-Line for a lower monthly payment than an entry-level Zetec.

For 2018, Ford has added Active City Stop (autonomous emergency braking), front and rear parking sensors and satellite navigation across the Mondeo range. The addition of Active City Stop is money saver as well as a safety aid, because Ford reckons it knocks two to three bands off the insurance premium. What all this adds up to is a lot of car for the money based on ability and equipment levels in a the hotly contested segment. 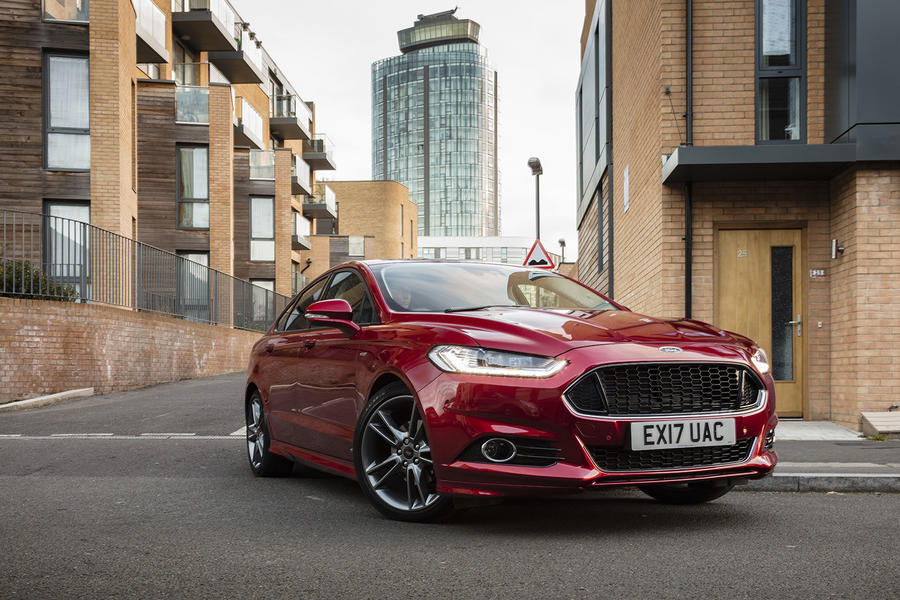 The Steeda Mondeo Sport was along similar lines but with the petrol EcoBoost engine and the sharper handling. It looked cracking, handled amazinly for a big car and I honestly have to say I loved it, and I still miss it!

250hp with the autobox gave the poke needed and it sounded refined but with a littl ebit of a sporty soundtrack...

...is out of my reach and interest simply because I shrinked my strictly necessary car lenght needs from 4.5 to 4.0 meters lately. And its almost 5 meters means huge, not to mention my Diesel allergy in this particular case.

Those who like/love it have surely their reasons, but these 4 stars given by Autocar are just laughable, compared with only 3 for the Lexus LS500h.

...is out of my reach and interest simply because I shrinked my strictly necessary car lenght needs from 4.5 to 4.0 meters lately. And its almost 5 meters means huge, not to mention my Diesel allergy in this particular case.

Those who like/love it have surely their reasons, but these 4 stars given by Autocar are just laughable, compared with only 3 for the Lexus LS500h.

To be fair, 4 stars for this is about right, comparing it to other cars that have the same rating. But 3 for the Lexus is odd, the Ecosport was given 3 in a review just last week. Another example of just how far things have slipped with publication.