BACK TO ALL NEWS
Currently reading: James Ruppert: The cars most likely to fail an MOT
UP NEXT
New Range Rover PHEV brings 70-mile EV range for £103,485

James Ruppert: The cars most likely to fail an MOT

Every year, a Sunday newspaper digs out some freedom of information stats relating to MOTs and I have a bit of a rant about them. No money changes hands, but I rather enjoy it and they mention Bangernomics to the masses. Obviously, there is a tabloid approach to things, which helps.

So here we go, based on 2000 MOT tests and with a failure rate of 21%: “The Dacia brand may advertise itself as being one of the cheapest ways to get inside a new car – but MOT stats show they are also the most likely to fail when driven in for their first MOT test.”

Well, it is all about ownership profiles; about the sort of person who buys that brand of vehicle and then expects a particular outcome. The Dacia is the bargain buy and the buyer expects it to maintain itself, so no surprise there. They don’t really care about cars. I realise that is very knee-jerk and I am, of course, not referring to any Autocar readers. But if you like the idea of a used Dacia, I spotted a 2013 Sandero Access, a poor little 1.2 with 50k miles, upmarket parking sensors and a full MOT – and all for £2695, which would be a very good start for someone who did want to play the budget game. 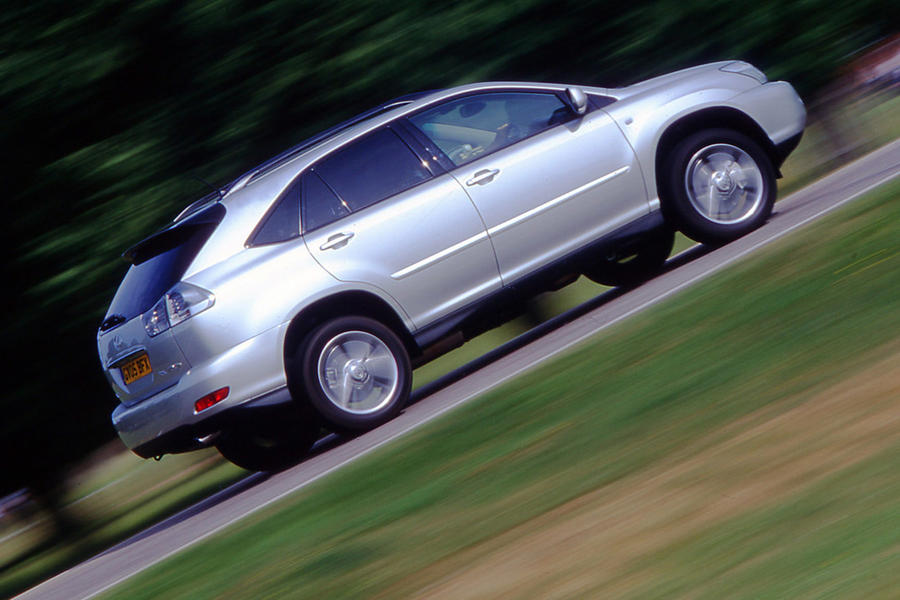 At the other end of the scale, if you can afford a Lexus brand new, then you are committed to keeping it in good condition. It certainly helps that the build quality is exceptional compared with a Dacia’s. Lexus’s RX comes top of the MOT table, with just 5% of them taken in for their first test failing to pass. At the value end, I saw a 2005 model advertised with one year’s MOT and a warranty, so that ticks all the boxes for £2490. Just over 110k miles, but really it’s a Toyota.

Well-known models that fail their initial MOT the most frequently include popular cars such as the Citroën C4 (18.6% failure rate), the Ford Galaxy (19.3%) and the Volkswagen Passat (19.5%).

Volkswagens are generally well put together whereas Citroëns can be rather more complicated and therefore more things can go wrong during the MOT test. Volkswagens, like Fords, are bought usually to do a tough job, a full working day up and down motorways, amassing higher than average mileages. Hence their appearance at the rough end of the chart. Working cars don’t get regular checks and breaks, unlike a Lexus.

So on the whole, then, the top 10 is dominated by well-looked-after privately funded cars like the Mazda MX-5 and Honda Jazz, plus high-end company cars such as the Porsche Macan. You see, when it comes to MOTs, it’s all about the owners. 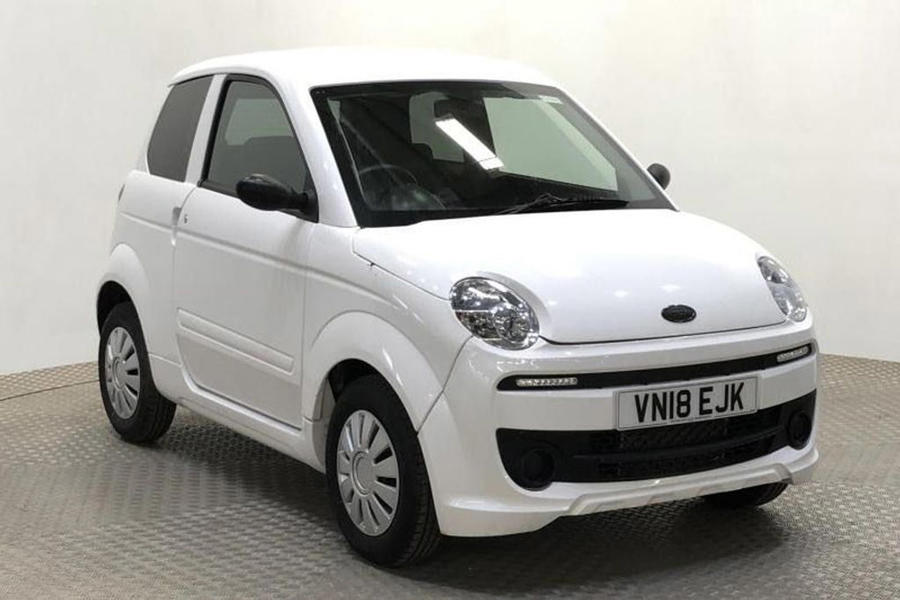 Microcar M.Go: The Microcar is a curious little thing. In France, you could have a Microcar even if you are sans permis. In the UK, however, you’d still need a motorbike licence, so a Microcar doesn’t have quite the same appeal. Plus, at nearly £8500 – albeit for a 2018 one with negligible mileage – you could have a proper car for that. 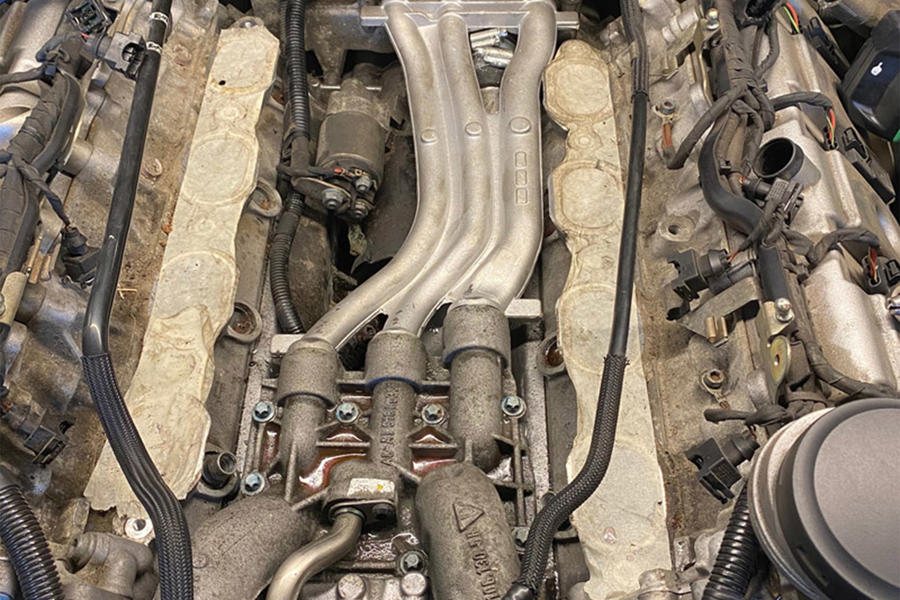 Porsche Cayenne, mileage - 107,020: I am travelling back in time here. So just before the world was put into neutral, I decided to get the Flying Pig fixed, because the coolant was coming out almost as fast as it was going in. The cost of all the plumbing parts was a pretty solid £700. I rationalised this as being cheaper than buying a complete replacement, because there doesn’t seem to be very much else wrong with it. Plus, it isn’t my ride and I understand that a grand, which was the final bill, is much cheaper than a divorce. Anyway, Rob the mechanic hated every single moment. For him, it was a learning experience. He learned never to do it again. 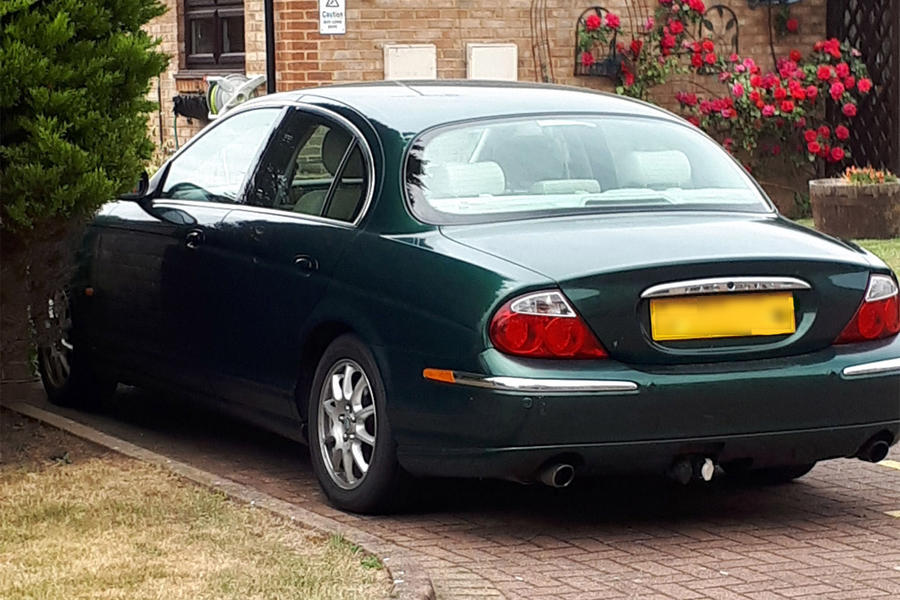 Jaguar S-Type: David has owned this Jaguar S-Type for only three weeks: “I’ve never liked the looks, but this one got my attention with 12 months’ MOT for £600. The paintwork had been vandalised but, after many hours of hard work, the damage all came out!

“It seems rust free, the interior is lovely and loaded with toys, and everything works. But the driving is the best part – superbly smooth and comfortable, with possibly the creamiest V6 I’ve ever come across. Suddenly, the looks don’t seem so bad…” 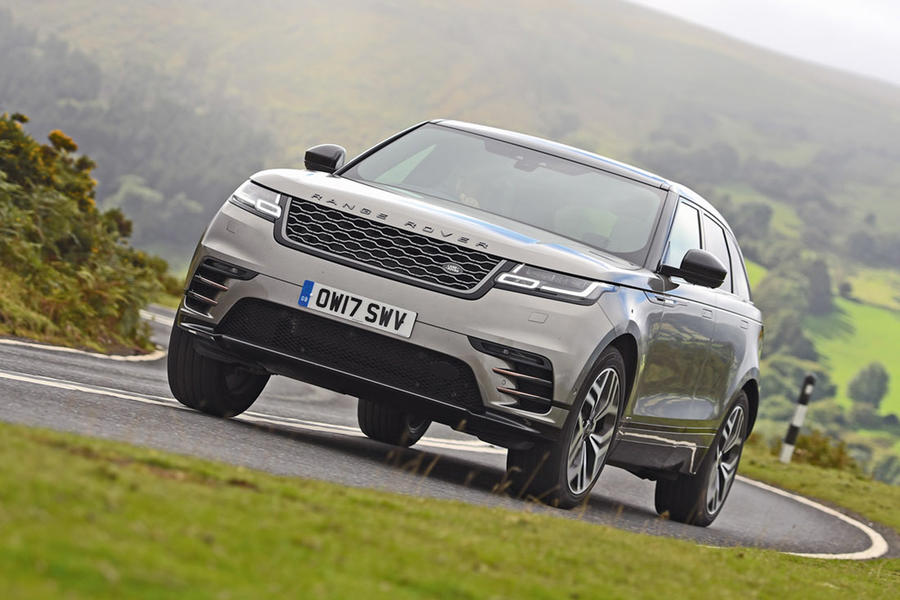 Question: My son lives on Guernsey and is about to order a Velar. Should he get the P300 petrol or D275 diesel? Derrick Blackwell, via email

Answer: The knee-jerk response is petrol on the basis that, in Guernsey, you can’t do the sustained, high-speed runs that are generally advised to clean the diesel particulate filter. But you also said your son knows a few people on the island who have no such problems with their diesel Jaguar Land Rovers. Our consumer editor, Claire Evans – keeper of

Question: I have a Mazda CX-5 on my shortlist. But I don’t want to buy a car from a maker that might not survive the recession. Am I worrying too much? Nick Jones, via email

Answer: Mazda has recently requested loans worth $2.8 billion (£2.3bn) to help it navigate the coronavirus crisis but it has its best line-up of in-demand car in years and is engaged in a wide range of joint projects with Toyota, which owns at least 5% of the firm. I’d be more worried about companies such as Ssangyong than Mazda. MA

My local, well regarded, garage, likes to MOT the car to find all the issues, give it a service and fix any problems and then re-test it.  This saves them taking it apart twice.  They don't charge for the re-test so its not an extra money making wheeze.

Therefore, even well maintained cars with known issues will show up as a fail first test.  I doubt they're the only ones doing this which rather makes the MOT FOI data worthless.  Many cars will be failing on trivial stuff like bulbs and wipers.

What were the reasons for the MOT failures?

James is right, looking at MOT data isn't that helpful because it can have nothing to do with the quality of the car. You've got to drill down into the data. I'll bet that most of the first year MOT failures are for things like worn tyres or brakes.
Citytiger 14 July 2020

James is right, looking at MOT data isn't that helpful because it can have nothing to do with the quality of the car. You've got to drill down into the data. I'll bet that most of the first year MOT failures are for things like worn tyres or brakes.

Or dodgy garages/MOT stations looking to make a few quid on gullible punters..

I bought the wife a new Japanese car a few years ago, just a little run around nothing special, I put a private plate on it,  I had it dealer serviced from new, and it never missed a beat, however I decided to have its first MOT done a bit early because I was going away, and didnt want the wife to have the stress. I took it into the dealer, it failed on a couple of things, and I was quoted a not unreasonable amount of money for the repair, I assured the dealer I could get it done much cheaper elsewhere, he said "get a quote and I will match it". I replied it will cost nothing,  thats impossible sir he said, even if you do it yourself, you still need to pay for the parts.  He wasnt happy when I pointed out the car car despite what the registration plate said, was actually still under manufacturers warranty, and as such the repair would be free, he mumbled a bit, got a bit flustered and tried to make excuses about a computer error not showing the car was still under warranty, I got it repaired and re MOT'd at a non franchised dealer elsewhere under warranty and never used my local dealer again.  I sailed though its next 2 mot's without even an advisory.