BACK TO ALL NEWS
Currently reading: James Ruppert: the best ULEZ-beaters for urban families
UP NEXT
Fisker goes radical with Pear EV SUV

Ultra-low-emission zones are changing how we choose cars, so let's take stock of what's on offer
Open gallery
Close

Well, this is becoming something of a regular occurrence: the ULEZ (Ultra-Low-Emission Zone) question. Promise I won’t make a habit of this, but it isn’t just London which is affected. There’s heaps wrong with the scheme, not least that some include motorbikes, but I’m not here to write about those. Indeed, I am here to write about something pretty awful. Let’s see what the reader’s question actually was.

“I am looking for a petrol-engined automatic car that’s ULEZ compliant and can fit three full-size car seats across the back. Budget up to £8000. Priorities are safety, comfort, reliability and some driver appeal. And it can’t look as ugly as a Seat Alhambra. Please help.”

Not quite sure what their problem with an Alhambra might be, although I accept that unless you have a big brood or are in the private hire game, MPVs are universally grim to look at and drive. Never mind, let’s waste a few hours of life on the ULEZ checker with real registration numbers. What emerges is a handful of models that gives a buyer some sort of choice.

Yep, Fords Ford Galaxy and Ford S-Max, the go-to MPVs of London’s leading minicabbers, are the obvious answer. Actually, the S-Max does look slightly interesting and is quite nice to drive. A 2.0 Ecoboost Titanium would seem to be the perfect family mover. I did find a privately owned 2011 with 61,000 miles, and all for £7200. Add a lot more miles – 100,000- plus – but sold from a dealer with a warranty and an absolutely loaded specification plus an added X in the name, and it raises the buying bar to £7450. Unsurprisingly, there don’t seem to be many recent petrol auto Galaxys, so we can leave those there. 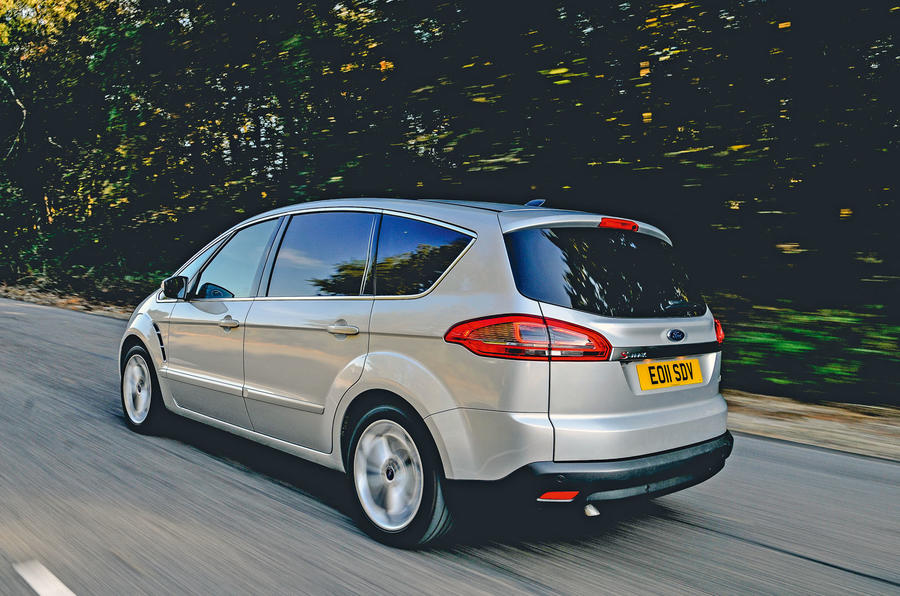 I did stumble across a Mercedes Viano at one point, but that was snapped up very quickly. The R-Class 350 is probably the most prestigious and blingy model you can buy; a 2009 example with just over 60,000 miles at £7995 would seem to be less offensive than an Alhambra. The more you look at the R, the more likeable it becomes, and an automatic petrol one is relatively affordable.

When searching for petrol MPVs you inevitably fall down the grey import wormhole and find yourself looking at the chrome overload that is the Nissan Elgrand. The 2006 example I saw with just over 40,000 miles with no less than eight seats costs just £7000. The sensational news is that it is ULEZ-exempt. What a wonderful way to look down on the other City dwellers who have to take the bus or get on their bike.

All this is rather depressing, and depressingly necessary. It’s not the future, either: this is the very real present where we have to check what we are actually allowed to drive. 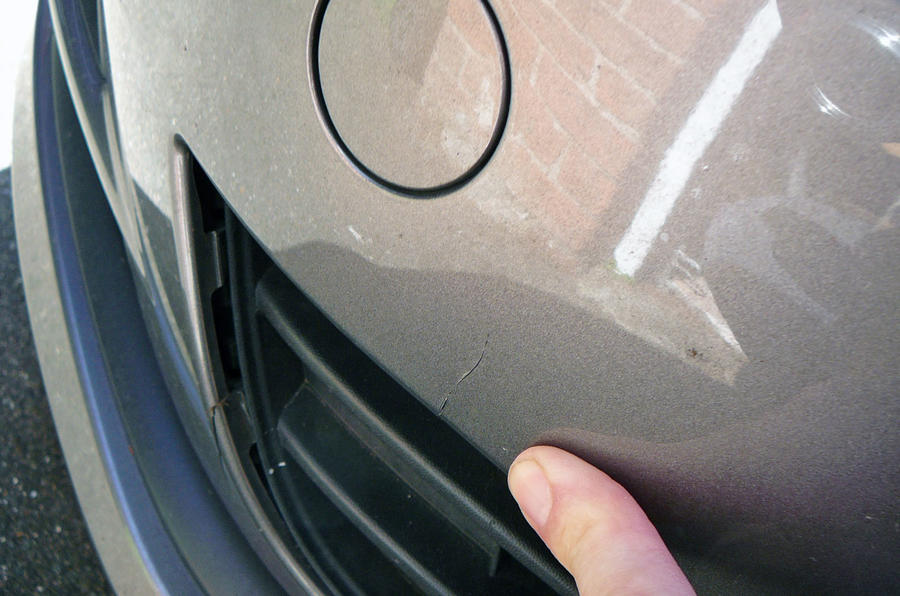 Volkswagen Golf, mileage - 47,795: Well, this will be interesting: the nipper’s Gordon the Golf is due its first MOT in a few days. One of the tyres is more than an advisory and there’s been another pheasant strike, which has cracked the offside bumper and pushed it beyond the lip, to the extent that we have to stage an intervention to pull it square again. So what is the youngster going to drive to work while the Golf is in for work? Well, there are BMWs, Minis and Land Rovers available. But what’s the insurance on a V8 for a 21-year-old? More details on that soon. 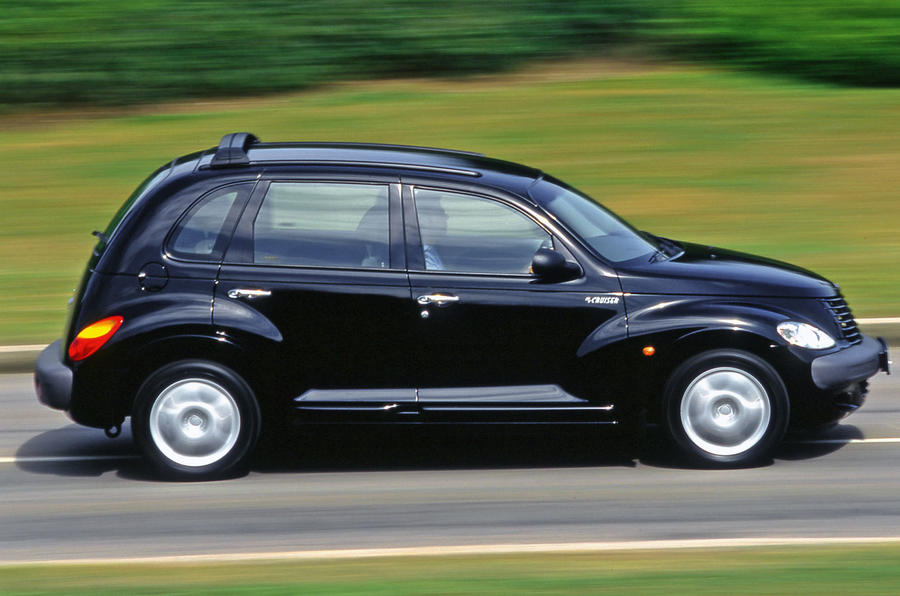 C is for Chrysler PT Cruiser: This is a 1930s gangster-style family MPV that drives like a hatchback and has plenty of standard kit. Not much else is going for it because it’s no people-carrier, taking just five on board – and don’t even try to get the seats out. Mind you, the boot is big and they remain really rather cheap. At some point they might become rare and ironically interesting. For now, though, this is a cheap set of fairly ugly wheels. You’re better off with the 2.0-litre petrol rather than the 2.2 CRD. Manual is more fun than the grim automatic, but who cares?

Question: I’ve just bought a 500-mile ex-dealer demonstrator. On the test drive I asked the salesman if it had been run in. He said new cars don’t need to be. Was he right? Paul Goodall, Scarborough 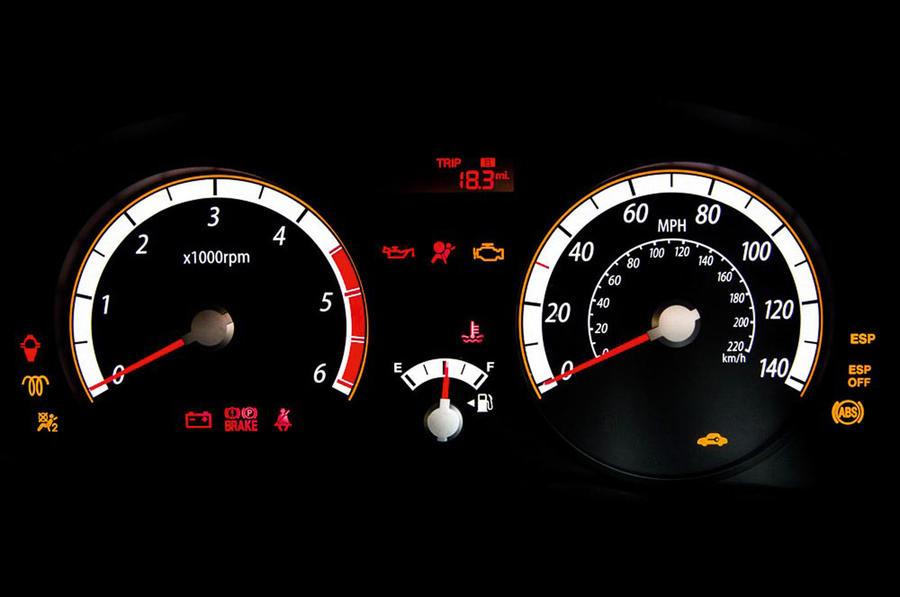 Answer: We’re told new car mechanicals are so much better machined these days and modern oils more efficient that running in isn’t necessary, but keeping the revs down in the first 1000 miles can’t be a bad thing. It’s unlikely a dealer demo will have been treated in such a way, but if you’re really worried have the oil changed on your car at around 1000 miles to rid it of any metal particles, should they exist, and then think no more about it. John Evans

Question: I need to find my young daughter a car that is small, economical and reliable. What do you advise? Susan Hurst, via email 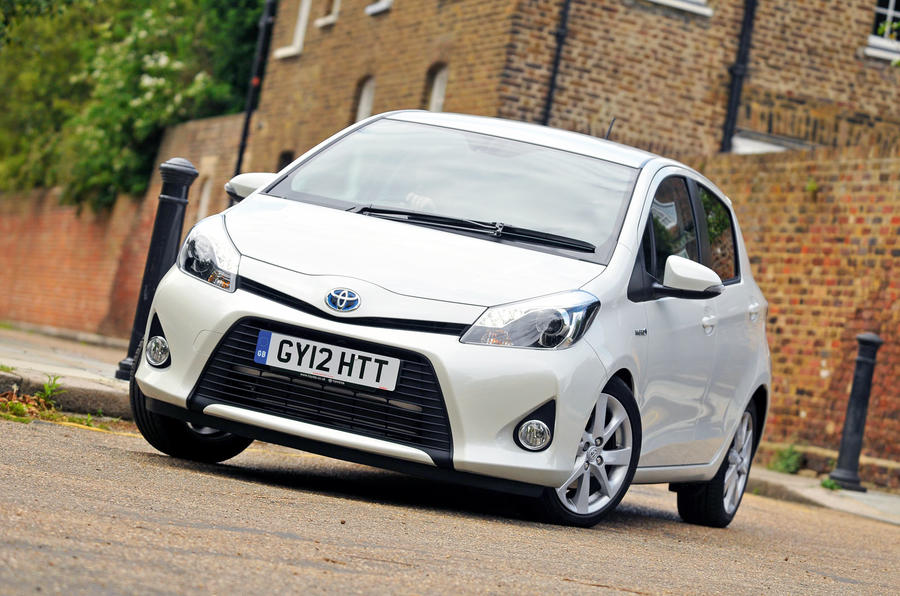 Answer: Our sister magazine What Car? runs a reliability survey each year. Last year the winner was the current Toyota Yaris, a small hatchback that would suit your daughter perfectly. Prices start at £3500 for early ones from 2011. The 1.33 VVT petrol engine is good for 45mpg; the 1.4D-4D diesel does 55mpg. The Yaris scored 100% in the survey but only four out of 10 owners cited reliability as its best feature, which makes you wonder what the other six liked more. John Evans

Unless I have missed it, there hasnt been any more news on the water loss from the Cayenne??

They used to make them ULEZ compliant and enjoyable..

..BMW E39 3.0 (angel eye/2001/revamp) is wholly ULEZ compliant as well as being a brilliant vehicle. Can be an enthusiasts dream, 6 (double cream) cylinders, great handling and a build quality to die for.

agree - but remember James is from an era when riding a bike was associated with being poor. He is but a product of his time, bless.

Do you remember the brief?...three car seats across the back...know of any public transport operator, bicycle maker that provides for this?.