BACK TO ALL NEWS
Currently reading: Buy them before we do: second-hand picks for 24 April
UP NEXT
Volkswagen committed to 'entry-level' ID electric models

Buy them before we do: second-hand picks for 24 April

In these gloomy times, welcome to our roundup of fun motors (plus a project car for self-isolators) at prices to suit most pockets. It kicks off with this, the Vauxhall Astra VXR. A Ford Focus ST is the better car but a touch discreet whereas the VXR screams hooligan.

Well, maybe not so much in the grown-up blue of our example. It’s a nice car, this: a 2010-reg with 72,000 miles, a full service history and just two former keepers. It hasn’t been tweaked and has just had new brakes (discs and pads) all round.

Being a 2010-reg, it’s the facelifted version but still with 237bhp from its 2.0-litre motor, force fed by a BorgWarner K04 turbo. It’s worth checking for blue smoke on start-up and when idling, a condition caused by worn valve stems. A worn turbo will also smoke.

The VXR’s six-speed Getrag is nicknamed the chocolate box. The problem is weak first and sixth bearings that cause it to pop out of gear. A sloppy gearshift is another indication of trouble ahead. 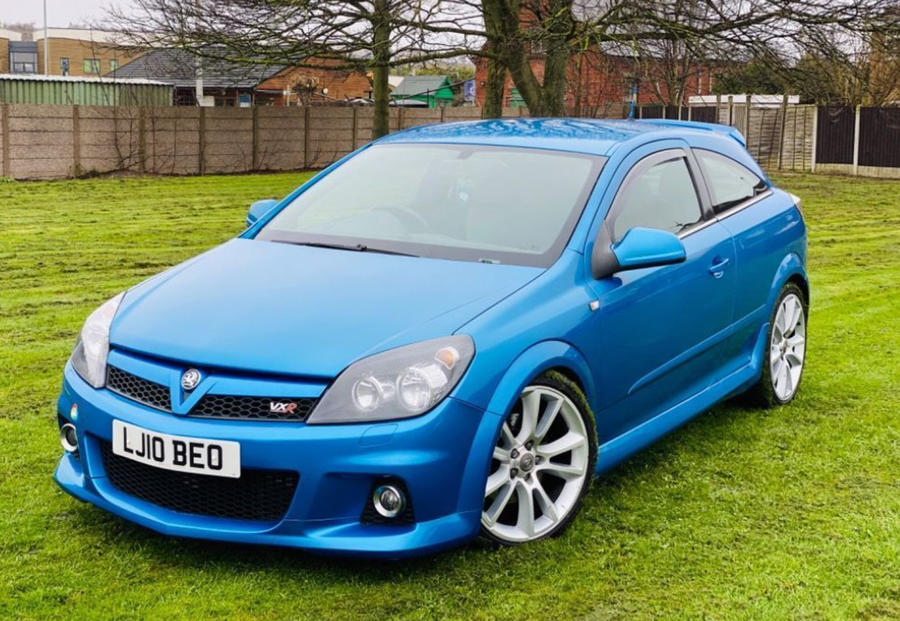 We’ll gloss over the VXR’s beam axle at the rear but at least the suspension was fettled by Lotus. The drop-links are weak on all Astras of this generation and tend to go at around 80,000 miles, so one of our first jobs would be to change the standard plastic items for polyurethane ones.

As it’s a VXR, scrutinise the body for fresh paint and filler. Also ensure all the chassis numbers around the car match, as well as the engine number. 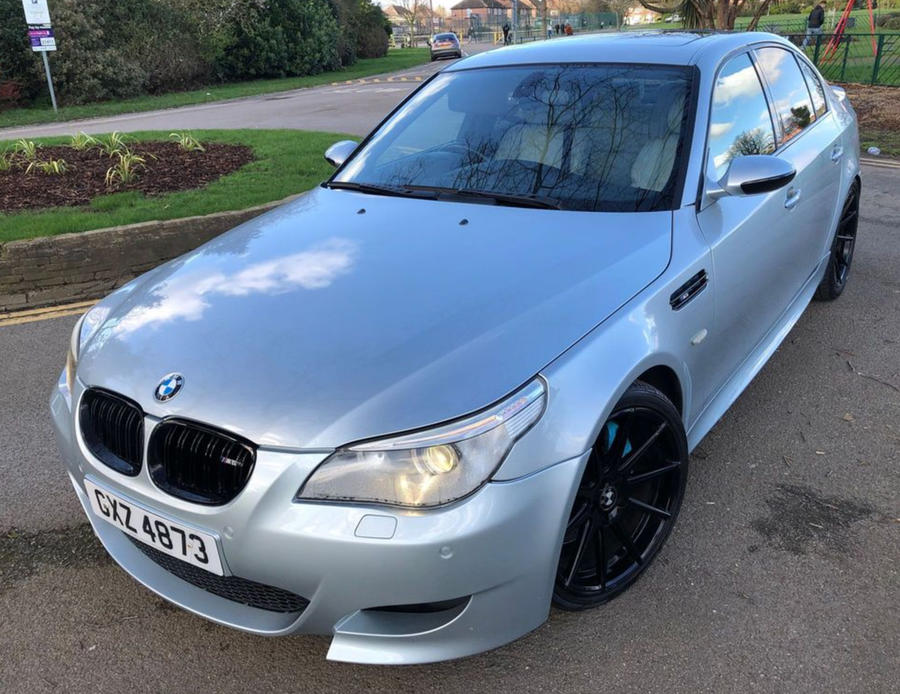 BMW M5, £10,750: This M5 should provide thrills by the bucketload. It’s a 2007-reg with 90,000 miles and a full service history. It has just had a new clutch and flywheel. We’d check the driving modes, iDrive controller and that the next major service isn’t imminent. 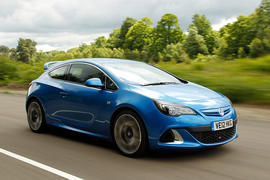 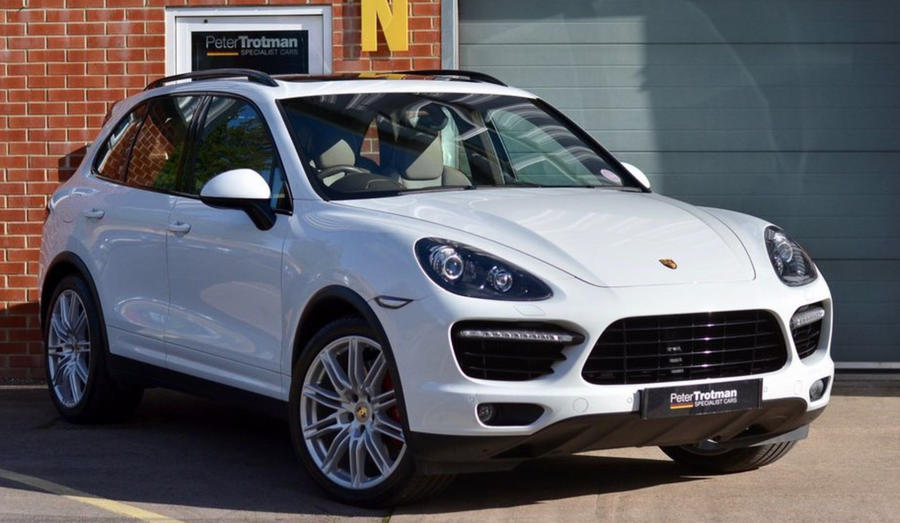 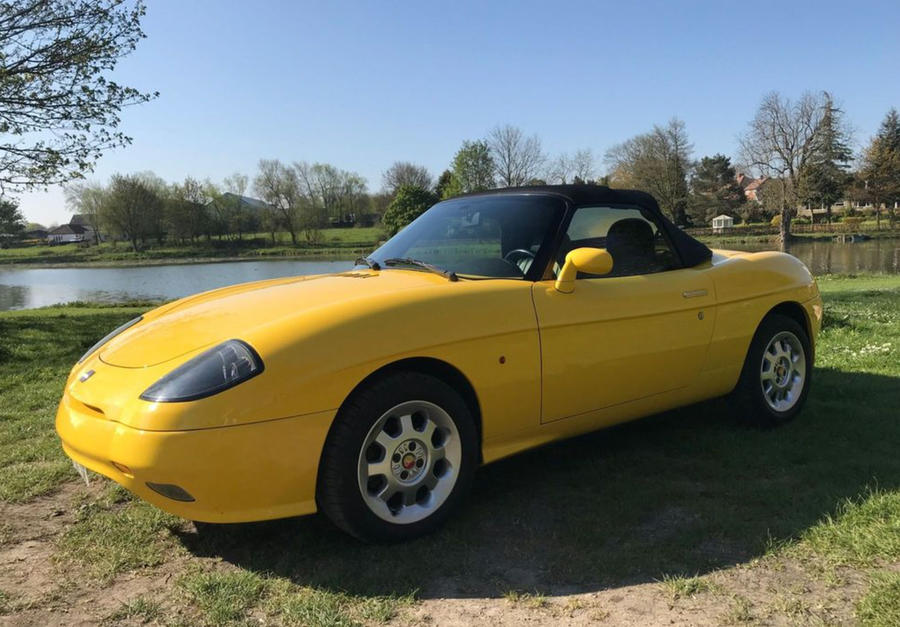 Fiat Barchetta, £3995: Resplendent in Giallo yellow, this looks just the job for a springtime blast. It’s a 1999-reg with 65,000 miles and a full service history. It has been owned by the same person for the past 12 years and appears to be one of the better preserved examples. 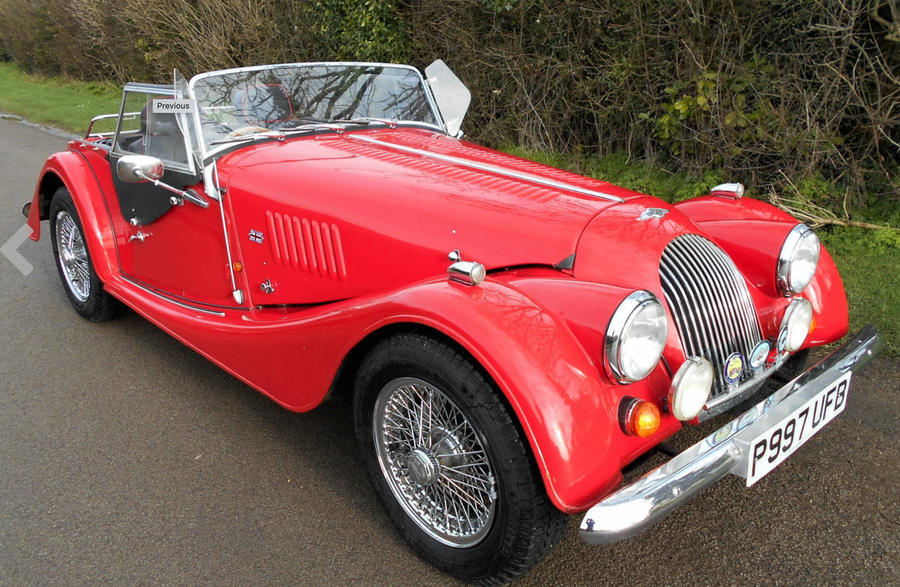 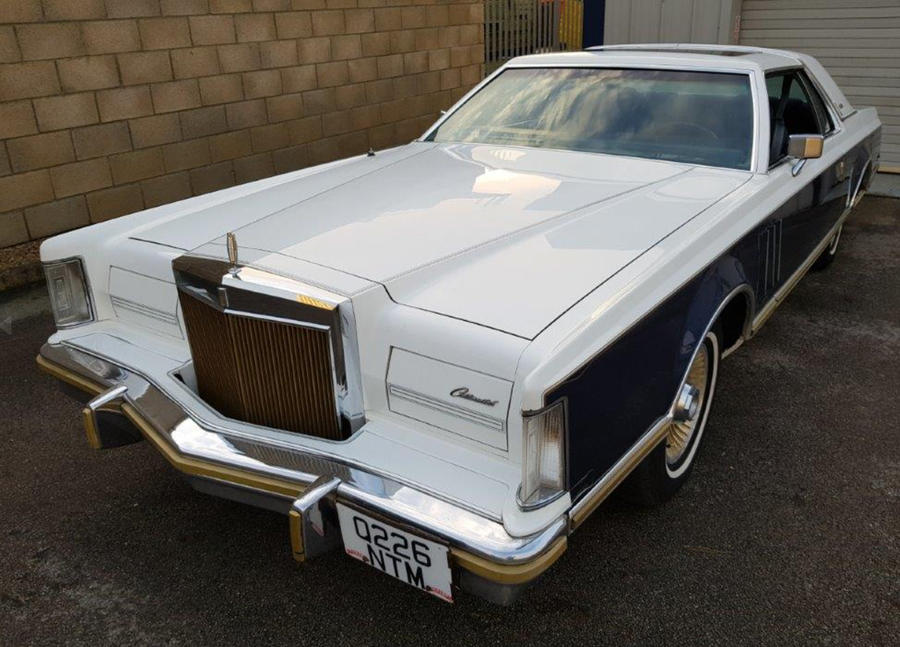 Lincoln Continental Mk5: Who didn’t want to be TV’s Frank Cannon, a PI helming his gloopy Lincoln Continental around the West Coast in search of baddies? Don’t remember him? It was the 1970s, when the Mk5 Linc ruled the roost. We go on about running an old Rolls but what about something like this old Conti? It was knocked out for just £5000 – £5000 for a 1979-reg 6.6-litre V8 two-door hard-top with the brightest chrome and softest velour and, for all its six metres, as spacious as Harry Potter’s cupboard under the stairs. The bonus is that it came with a Haynes manual. Those DIY wizards don’t miss a trick. 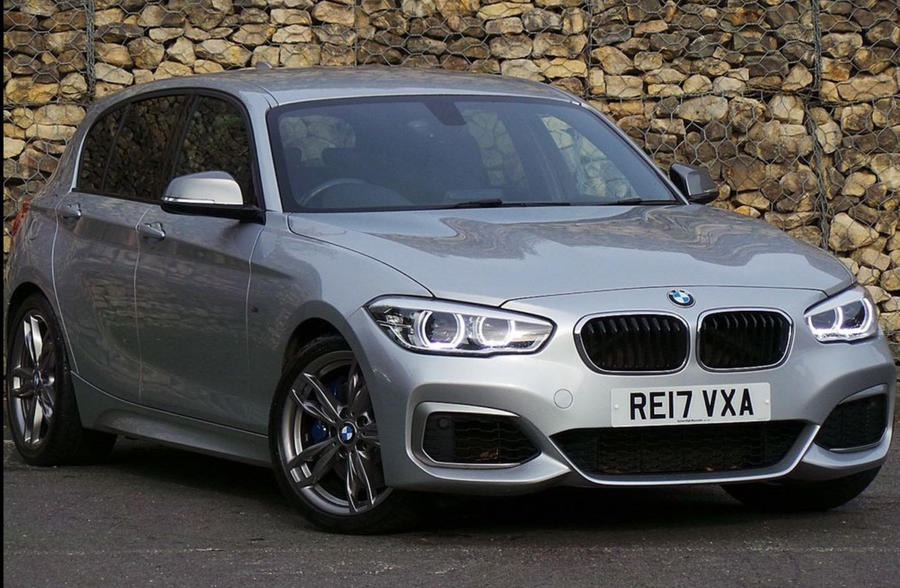 BMW M140i, £16,000: Give it long enough and any BMW still standing is sure to achieve classic status, but we’re confident the M140i will achieve it rather sooner than that. It’s the last of breed, with a 3.0-litre turbo straight-six engine producing as much power and torque as the old 1M Coupé and driving the rear wheels. It was one of this magazine’s favourite hot hatches. Our find is a 2017-reg with 67,000 miles from a BMW dealer. It has the optional eight-speed automatic, a gearbox that Autocar’s testers just couldn’t fault. So all round, pretty darned desirable. 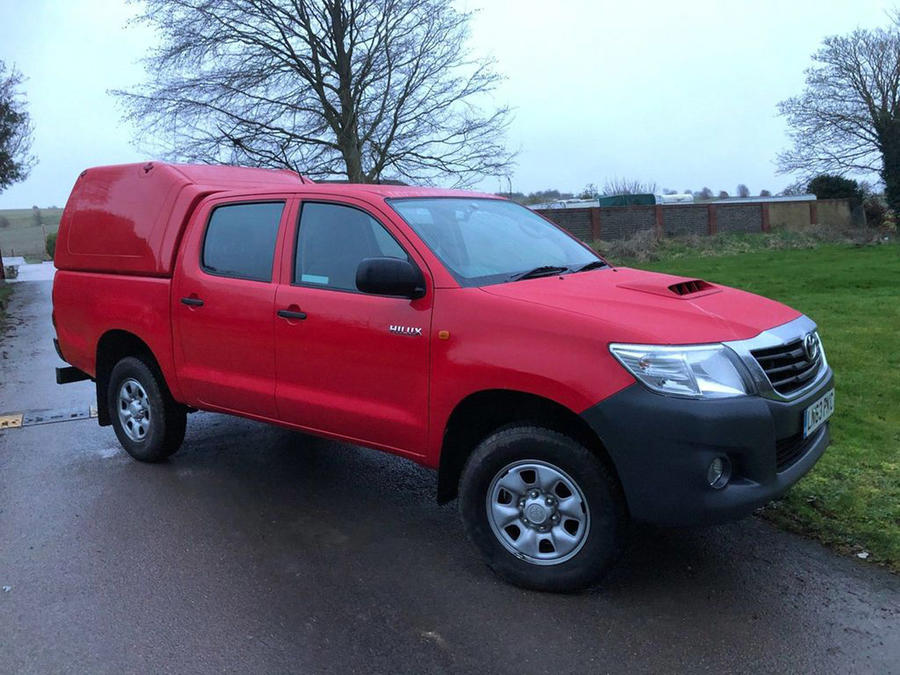 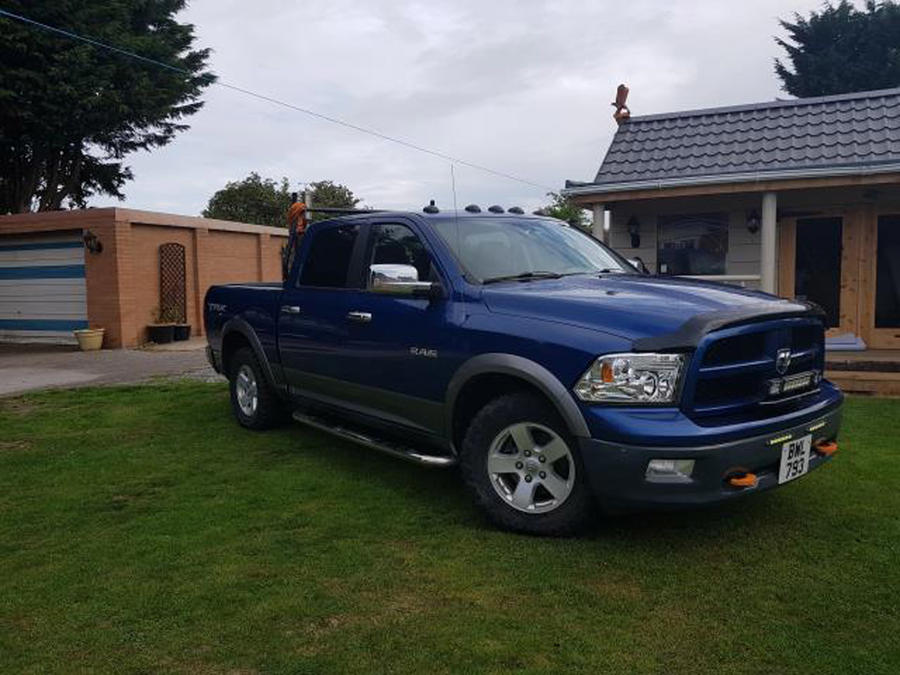 Max Adams: Yes, I know a reliable Toyota is a bloody obvious choice, but hear me out. We’re all being encouraged to observe social distancing right now, so I reckon this will be important in a post-apocalypse society, and a pick-up is great for this because the bed is separate from the cab. This means supplies can be thrown in while you remain safe inside. What have you got, Mark?

Mark Pearson: The clue’s in the name, Max: Ram. Nothing will get in the way of my huge slice of American might. Why lookee here, ya flea-bitten varmint! It’s got a whopping big V8, twin stainless steel exhausts, roof lights and a huge rear bed, and it can also run on LPG, so it’s effectively an economy car. It even has sat-nav and parking sensors. It’s perfect. What’s that you’ve got? A Corolla or something?

MA: I think I’d rather put my faith in the reliability of a Toyota if I were in a life-or-death situation than something built by the Fiat Chrysler Automobiles group. Also, mine has a sturdy metal plate and towbar at the rear, should you need to tow anything, or reverse into a threat that wants your rations. MP: But what’s the engine in yours? Does it even have one? It’s not a V8, is it?

MA: When supplies are scarce, you don’t want something that gargles petrol. Plus, where are you supposed to find parts for your imported American pick-up in the UK?

Verdict: When the going gets tough, the tough pile into a Corolla. Sorry, Hilux.

Vauxhall Mokka X taken off sale with replacement a year away

The article heading suggests that if readers don't buy these cars, Autocar journalists and staff will - So how many of the cars shown do the Autocar staff actually buy?

Have they actually ever bought any of them?

(I know it's really just an article title to highlight cars that Autocar think are bargains, but if you're going to throw down a gauntlet, at least back it up!)

"Polyurethane droplinks" ?! You meant swap the plastic drop llinks for metal ones and the rubber bushes for polyurethane bushes, surely ?

"Porsche Cayenne 4.8 Turbo Tiptronic S, £25,000 with 60,000 miles and a full Porsche service history, looks a snip, of sorts"
- I'll say!
If this car's immaculate, it's a keeper,especially with the dealer history!