BACK TO ALL NEWS
Currently reading: Used car buying guide: Morgan Plus 4
UP NEXT
2021 Kia Sportage: reinvented SUV priced from £26,745

It won’t make you rich, but a Morgan Plus 4 is a gently appreciating classic that you can really enjoy
Open gallery
Close
Share story

Plus 4: it sounds like a pair of baggy trousers, but while older Morgan Plus 4s can feel distinctly loose, with their rotting ash frames, rusty chassis and unassisted brakes, the version made from 1992 and considered here is a very different animal – more Lycra than tweed.

In truth, things for the little roadster had started to improve a few years earlier. In 1986 the ash frame came treated with Cuprinol wood preservative as standard. Two years later, in 1988, the model gained Rover’s punchy, 135bhp M16 16-valve 2.0-litre engine, along with the firm’s five-speed gearbox.

Now the Plus 4 was looking and feeling in better shape for the new decade, an impression borne out by the rush of orders that followed – despite Sir John Harvey Jones’s mauling of Morgan in his Troubleshooter TV series. Development continued apace, at least in Morgan terms. In 1992, the M16 engine was replaced by the more up-to-date Rover T16. Crucially the car also went from the 4/4’s narrow chassis to the Plus 8’s wider type, giving an additional four inches of shoulder room.

Find a used Morgan on PistonHeads

In 1995 the company’s engineers turned their attention to the car’s rust-prone steel chassis, which they started galvanising as standard. The car was already available in a choice of two and four-seat configurations, but in late 1997 Morgan added a long-door option, which was easier to get into. It helped, too, that the dashboard was mounted farther back.

The following year, the Plus 4’s steel wings gave way to ones made of aluminium and constructed using the Superform process that produces a longer-lasting and better-fitting wing. Also in 1998 the front bulkhead and valances switched to stainless steel. In fact, in this period the Plus 4 experienced no fewer than 114 changes, many of them driven by new European type approval legislation. 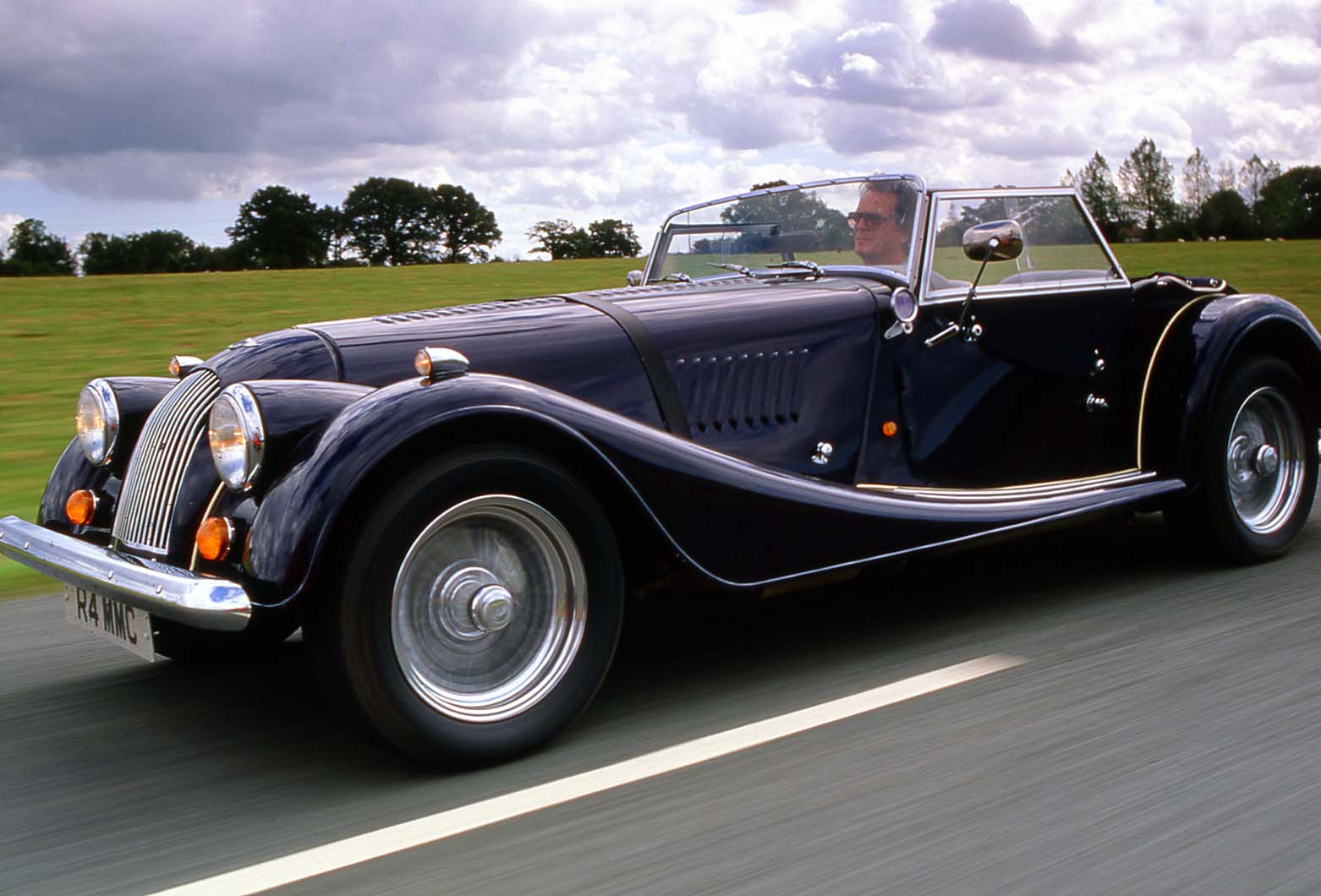 And then in 2000, just as things were looking up, production was brought to a halt in favour of the all-new Aero 8. In 2004, the Plus 4 reappeared, this time with a 145bhp, 2.0-litre Ford Duratec engine mated to the company’s five-speed gearbox. Fortunately parts availability for the Rover engine remains excellent.

The same year fixed-back sports seats became standard on two-seat Plus 4s, with reclining seats as an option. Given how snug the car’s cabin is, it’s important to know what your preferred model has. Meanwhile recliners became standard on the four-seaters. At the same time the old nine-stud vinyl roof was replaced by the simpler and more convenient Easy-up hood. In 2012, a Mazda five-speed gearbox replaced the Ford unit.

Today ‘classic’ is a much over-used term suggesting future investment potential, but despite the fact that there are rather more used Plus 4s available than in years gone by, it’s a description that suits the little car perfectly. Buy a sound one, take care of it and it’ll be at least as good as cash in the bank – only more fun. 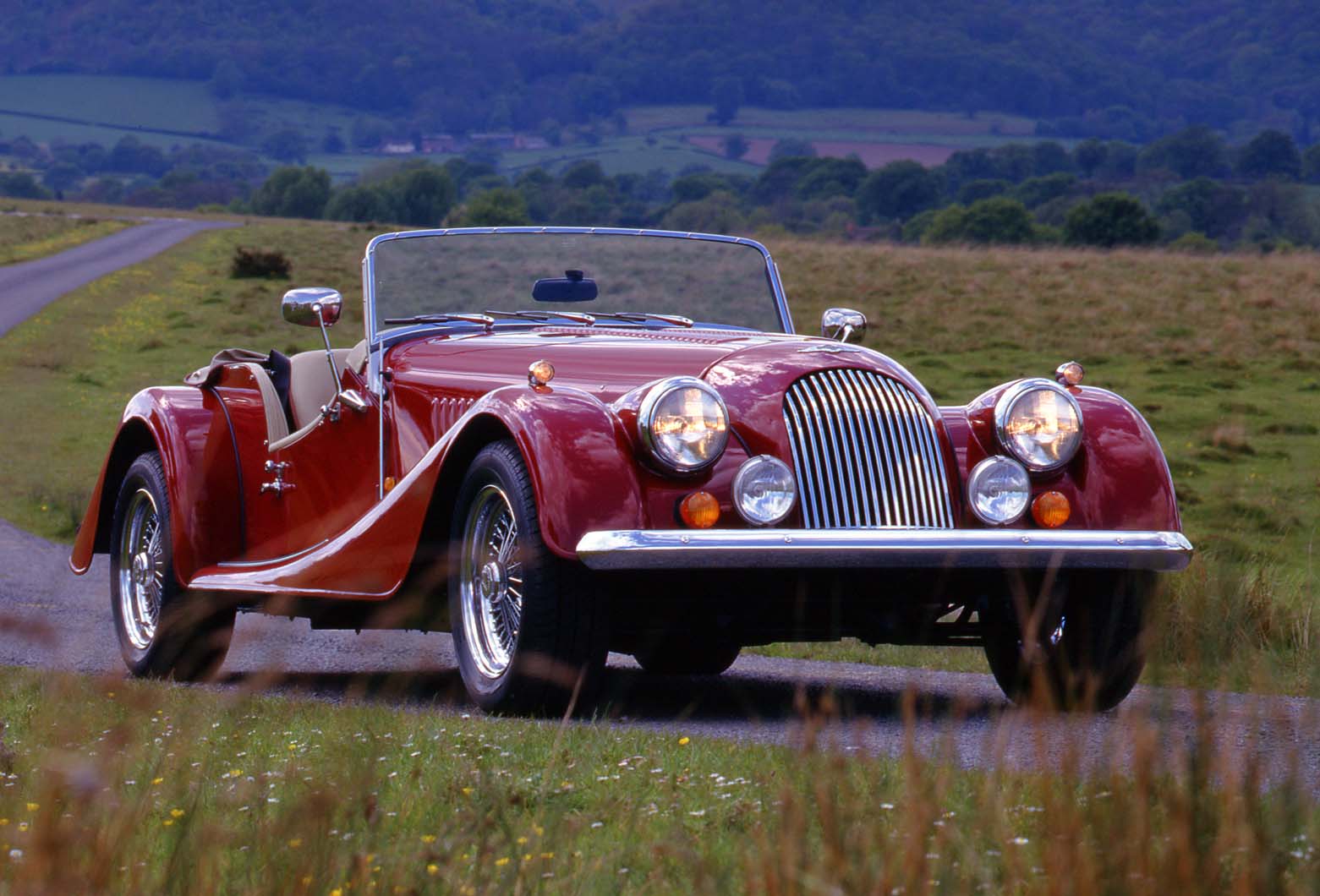 A Plus 4 driven by Chris Lawrence and Richard Shepherd-Barron won the class for 1601-2000cc cars at the Le Mans 24 Hours in 1962. The first person to race a Morgan at Le Mans was Prudence Marjorie Fawcett, who partnered Geoffrey White in a Morgan 4/4 in 1938.

An expert’s view, Phil Benfield, Allon White sports cars: “Morgans are special. No two are the same, each one has character and soul. There’s a lot of misinformation circulating about the cars, that the chassis is wooden, for example [it’s steel]. Another is that they’re a sure-fire investment that’ll make you a fortune. True, after 10 years a used Plus 4 will be worth more than you paid for it, but don’t expect to clean up overnight. A 1988 E-reg Plus 4 that was £16,000 five years ago costs around £19,500 today.” ENGINE - Look for oil and rad leaks. Servicing is 5000 miles or 12 months (10,000 miles on post-2010 cars). Lack of use affects perishables like rubber hoses. Ensure any start-up smoke clears quickly.

TRANSMISSION - The Rover gearbox with the Rover T16 engine can be notchy. Listen for noises from the rear diff and check its oil level.

BRAKES AND SUSPENSION - Lack of use can lead to seized brakes and leaky master cylinders. Check the car pulls up quickly in a straight line. Steering should be tight and direct; serious play could be a worn universal joint or bushes, while shaking could be worn kingpins and bushes. Check for sagging rear leaf springs and leaky dampers and for regular servicing of the sliding-pillar front suspension.

CHASSIS - Galvanised chassis from 1995-on don’t rust but can crack at the engine mountings. On earlier cars check for rust by crossmembers and footwells. Post-1998 cars have stainless steel valances and front bulkheads but check for crash damage. 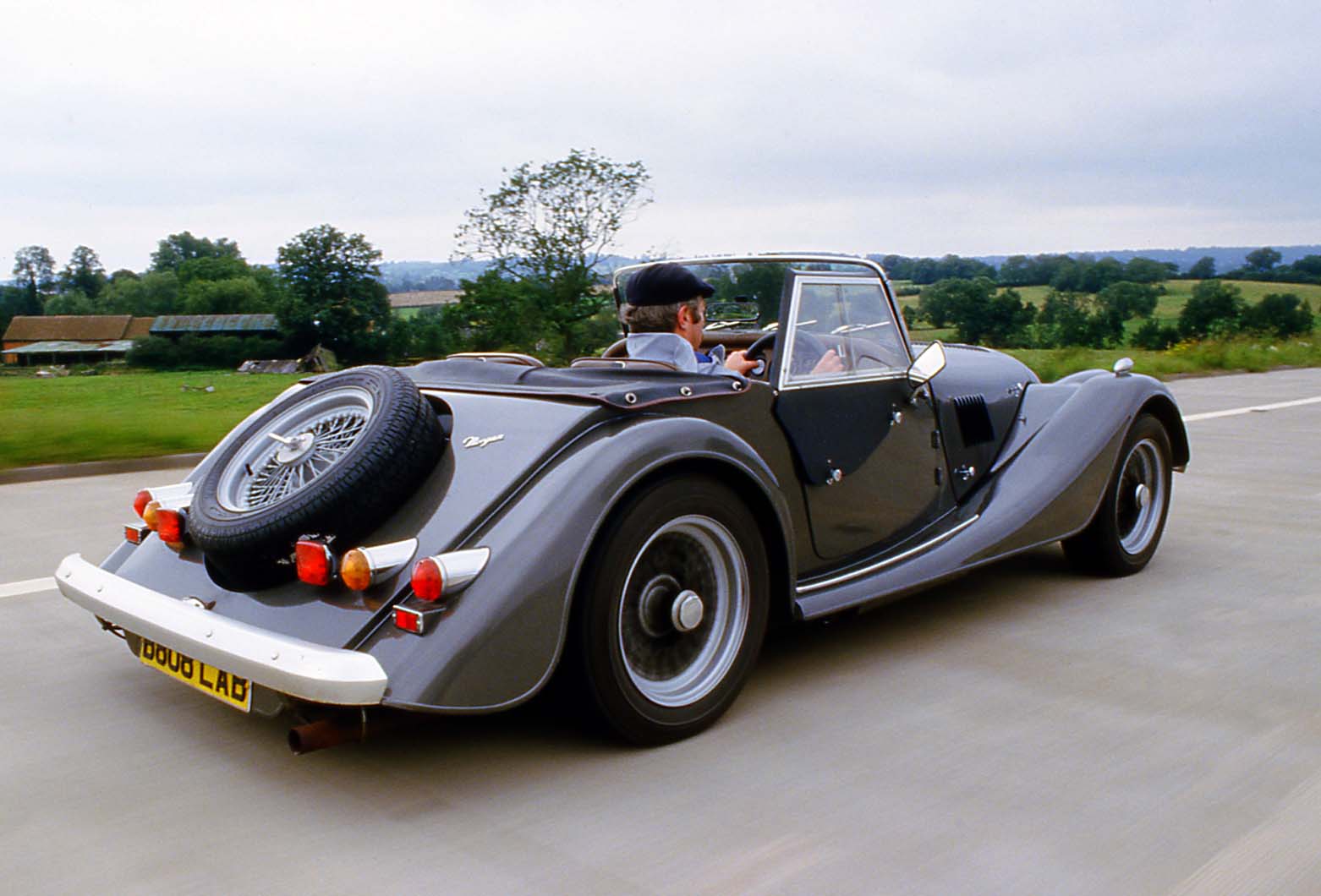 BODY - Look for even panel gaps, but expect a sizeable one between bonnet and wings. Whether steel or aluminium wings, check for corrosion around the side lights, edges and beading.

Until 1986 the Plus 4’s wings were sprayed in situ. One giveaway is that the bead between the wing and wing panel is also sprayed, another is the rust developing when the paint flaked as the car moved. Later cars had their wings sprayed separately, so if the bead has overspray, it’s been repainted. 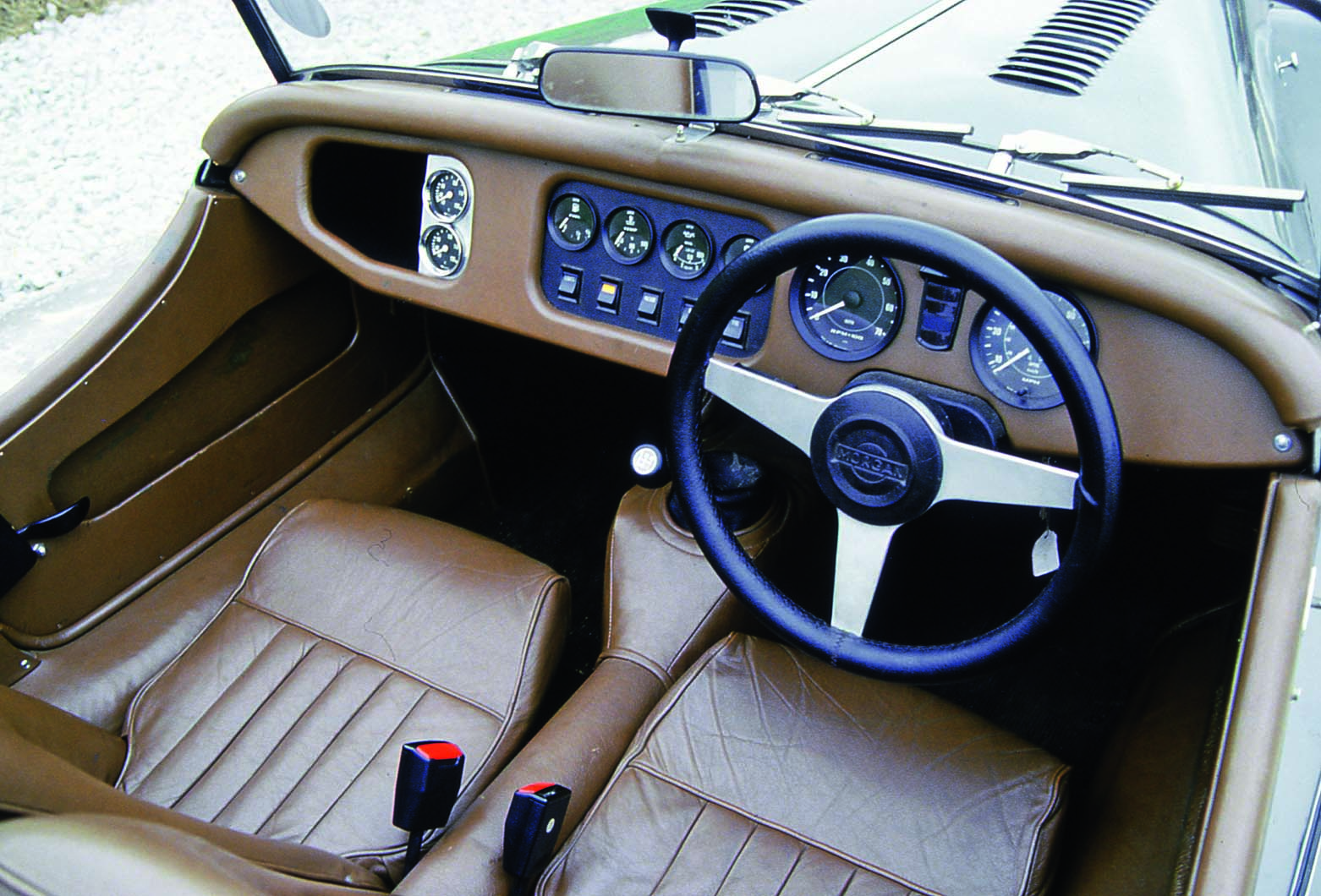 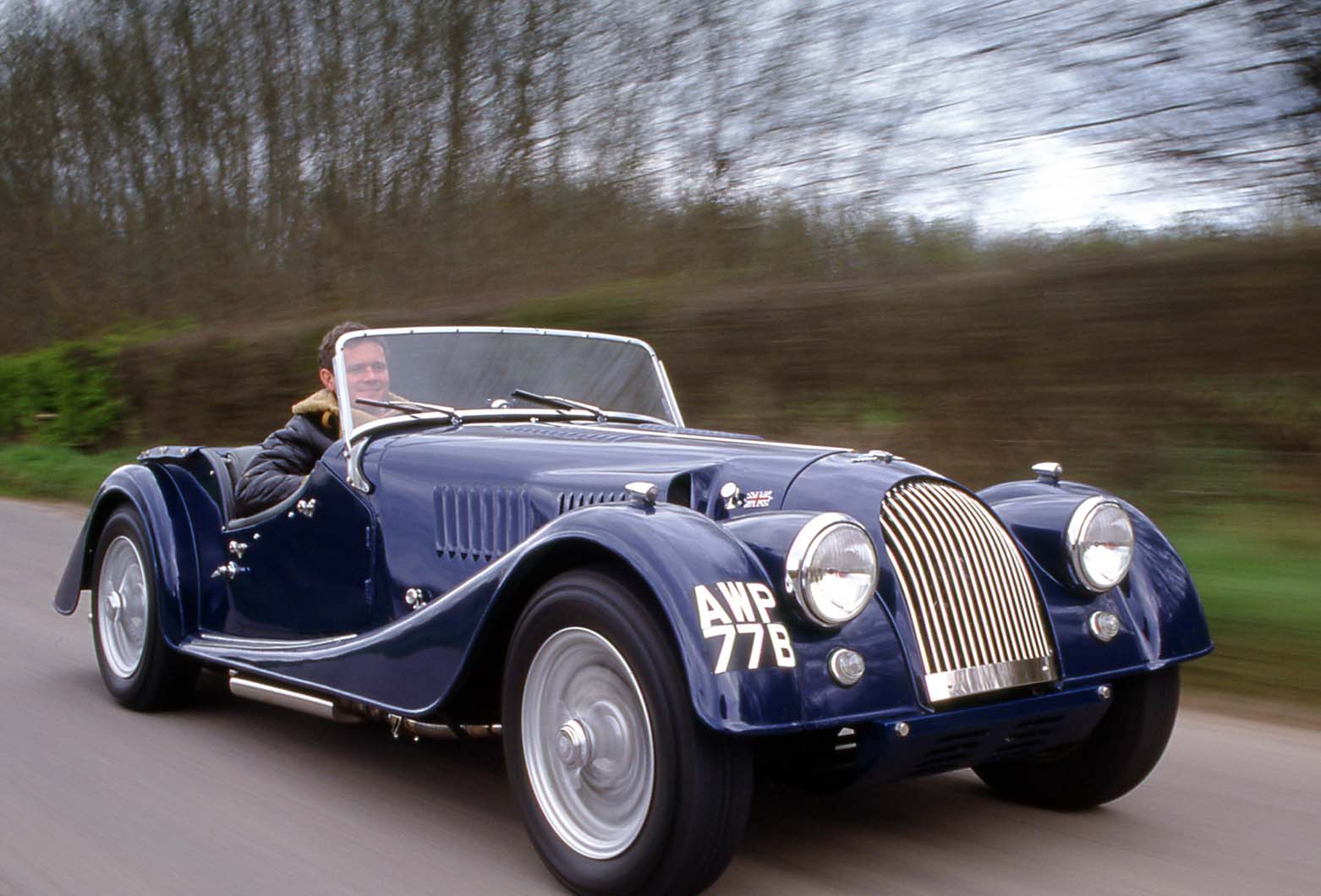 Insight: the future of Morgan