BACK TO ALL NEWS
Currently reading: How to design a new Vauxhall - an Autocar exclusive
UP NEXT
GSR2: The new rules making cars safer but more expensive

Vauxhall needs a new concept car and Autocar is helping to design it. We start the project by taking the design brief
Open gallery
Close

The idea that Autocar should participate in the creation of a brand-new Vauxhall concept car right from the ground up began late last year as PSA chief Carlos Tavares was inking the deal he’d announced a few months earlier to buy Vauxhall and Opel, the former GM brands in Europe.

From the outset, it was clear that to have any chance of future success Vauxhall-Opel will need to change enormously, not just in the predictable ‘lean and mean’ ways but also by presenting a reimagined, thoroughly modernised design philosophy leading to even more desirable, saleable products. No pressure...

Vauxhall-Opel bosses decided early on that showing a traffic-stopping concept car would be the most public and easiest-to-understand way of doing this. However, even for a company with a distinguished recent history of eye-catching concepts, this one would have to be pretty damn good. To begin, a thorough re-examination of the marques’ core values was conducted, and along the way, the idea of Autocar’s involvement was born. 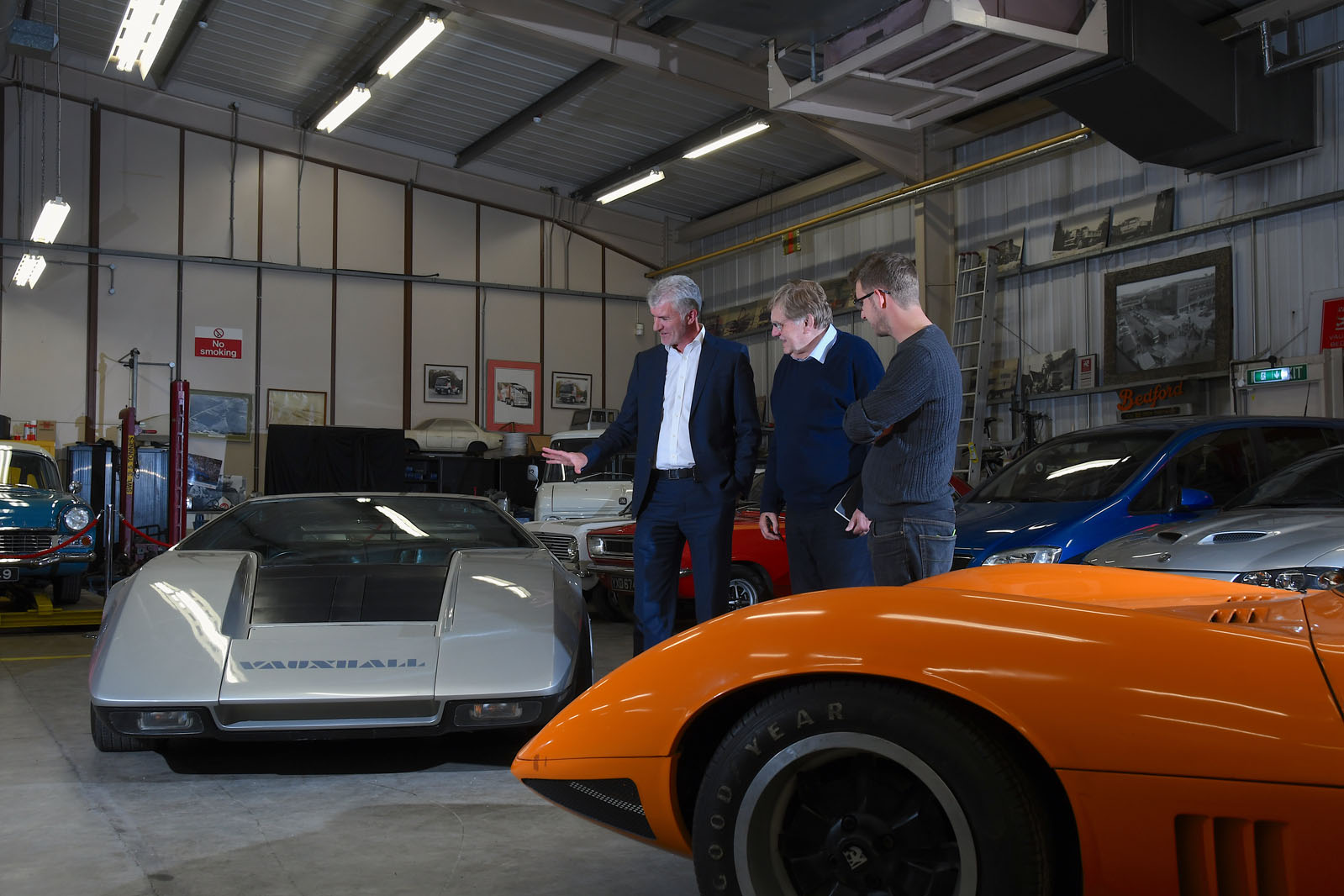 There were to be three meetings and three magazine articles. The first is this, involving discussions with design boss Mark Adams and marketing director Peter Hope at Vauxhall’s Luton HQ, with our Coventry University-trained car designer Ben Summerell-Youde contributing his own ideas. That’s what you see here. Next, we’ll meet in Adams’ studio in Rüsselsheim, Germany, to view clay models of the car’s interior and exterior, talk trim materials and take part in a ‘naming workshop’. The third story will chronicle the launch, whose venue, date and details are still being decided...

Hope has spent plenty of years at Vauxhall, steering its marketing campaigns. Yet he regards his teams’ past four or five months’ work on fleshing out the brand’s values – which started the minute Tavares spoke so persuasively of “releasing the power of the Vauxhall brand in the UK” – as the most searching and productive he can remember.

“We were a luxury car maker in the early days,” he explains, “but we’ve been a democratising brand for as long as anyone can remember, and that’s our continuing aim. 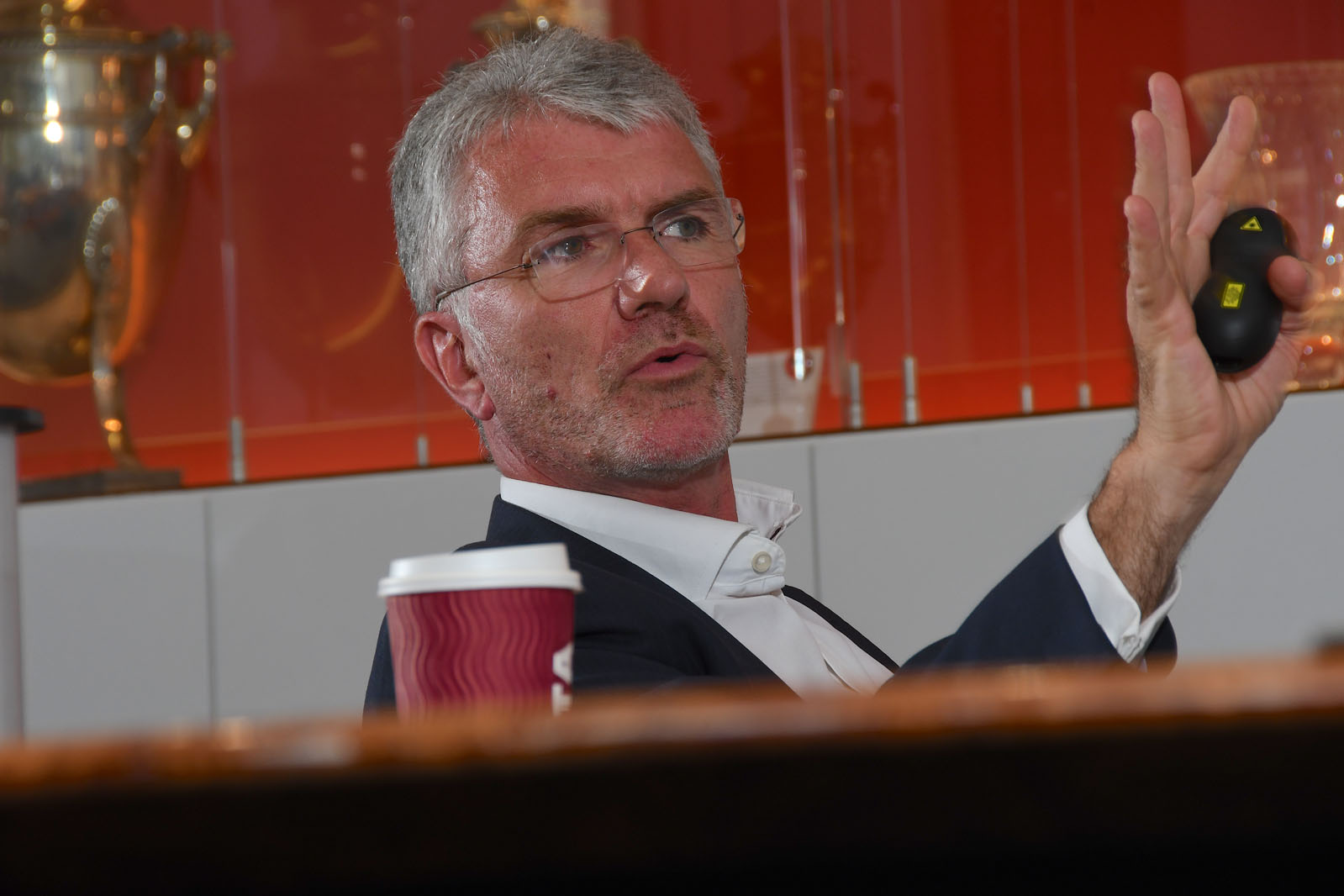 “One thing we’re reminded of is just how cyclical the car business is. Back at the end of the 1980s, as BL’s reign was ending, we were vying with Renault for 16% of the UK market – pretty different from today for both of us. We were making great cars and doing very well. That’s our first lesson: we’re at our best when we’re confident and there’s a modernity, a sense of stretch, about the products. We want to re-create that.”

Britishness has been much discussed, says Hope, and is seen as a very important Vauxhall asset (“we only sell on this island, so we can build a great sense of proximity to the customer”) but there was also much discussion about exactly how you portray it.

“Britishness is Danny Boyle and James Dyson,” he explains. “It’s the Tate Modern. It’s the Queen jumping out of a helicopter to open London’s Olympic Games. What it isn’t is thatched cottages and red postboxes and Hugh Grant being a little bit apologetic. It’s bold and progressive, the sort of Britishness British people want...” 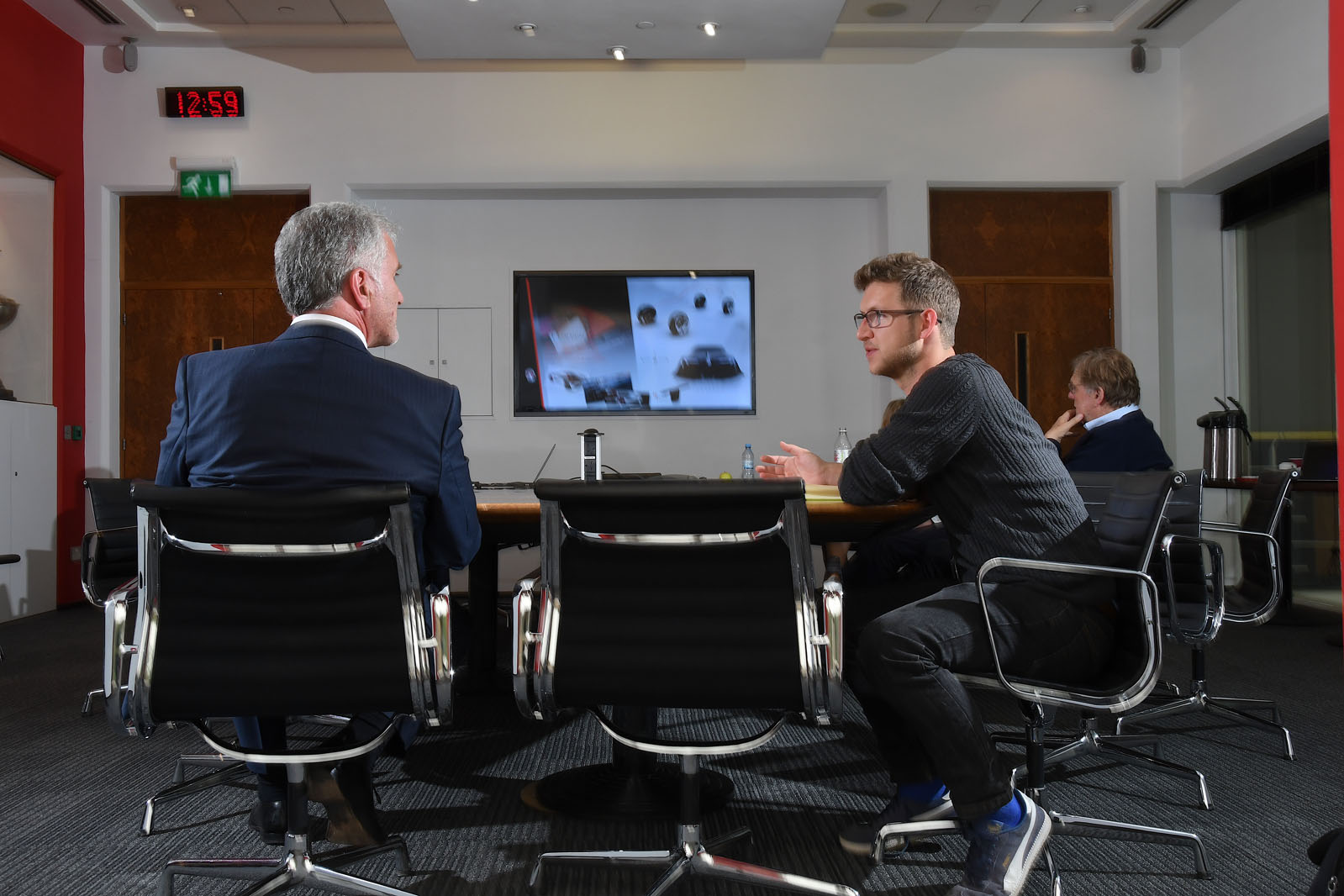 Adams’ positioning talk is similar, but different. Whereas Hope’s concern is improving Vauxhall’s status and sales inside the UK, Adams’ task is to shape a vehicle that will “sharpen” both Vauxhall’s and Opel’s brand values – for a new owner in an environment that’s transforming itself. It’s an assignment he calls “a once-in-a- career project for all of us”.

Adams starts by noting the many similarities between the best points of contemporary British and German design. It’s in his interest, you might say, given that this concept must be as much Opel as Vauxhall. But his evidence is strong: it’s almost eerie how the love of elegant simplicity of Braun designer Dieter Rams parallels that of Apple’s British designer Jonathan Ive. The German love of evolution, purity and precision (Porsche 911) sits very neatly with the British values of Harry Beck (designer of the 1932 London tube map), of James Dyson (“whoever thought a vacuum cleaner could be iconic?”) and of Colin Chapman (“simplify, then add lightness”). Adams’ case is convenient to the project but no less compelling for that.

One impression: for all the new-dawn and “sharpening” talk surrounding this new concept, you can’t help being impressed by the faithfulness to these principles of two recent Vauxhall-Opel offerings, the Geneva 2016 two-seat Opel GT concept and the Frankfurt 2013 Opel Monza Concept four-seater, both of which seem already to point in directions that Adams now wants to explore further. Next stop for our little party is Vauxhall’s Heritage Centre, a 75-car collection run by two full-time Vauxhall technicians behind the main Luton admin building. “To understand what you want to take forward,” explains Adams as we troop across the car park, “you’ve got to understand what you did previously that was good. We’ve had periods of greatness, but there were times when what we did was forgettable...” 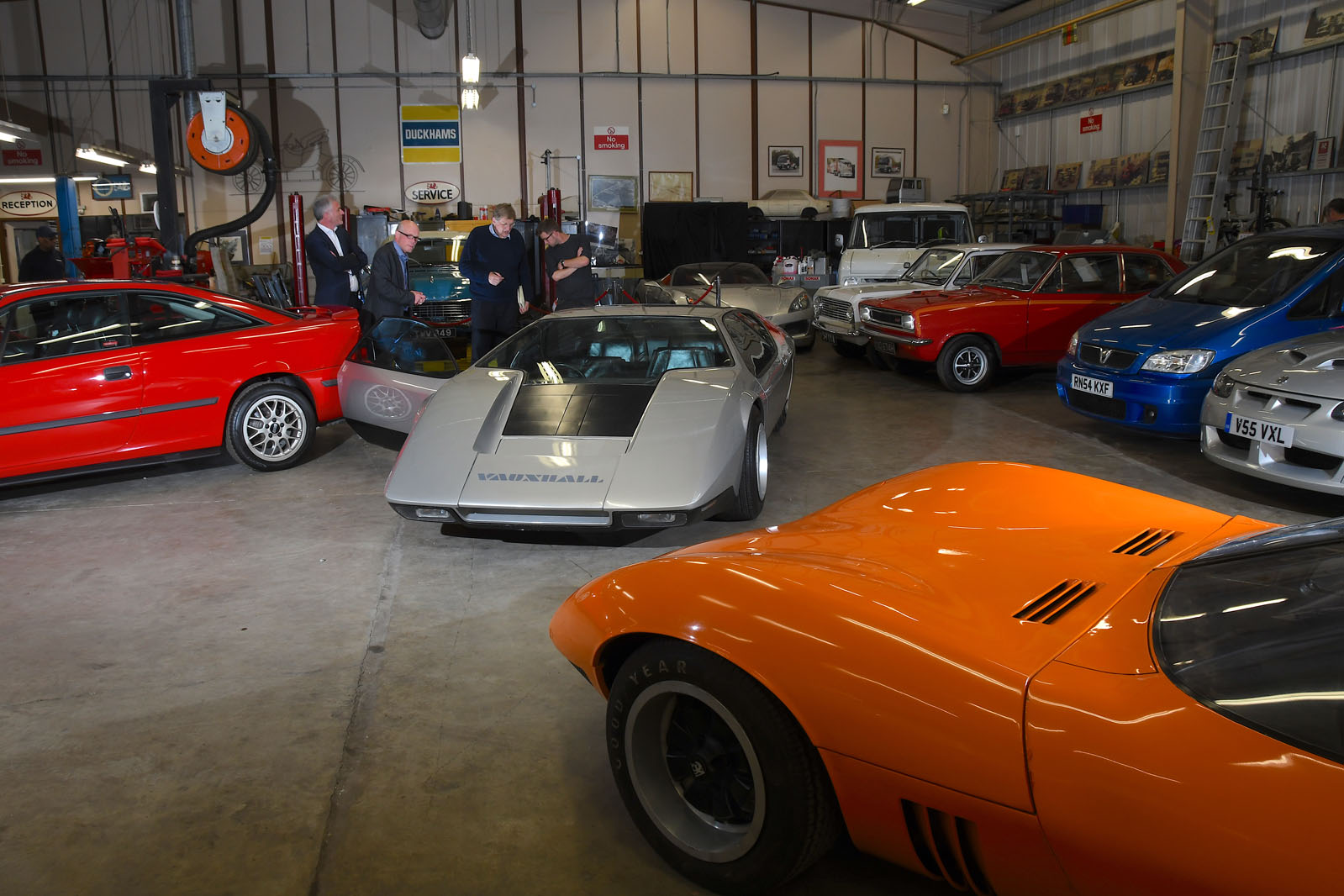 We centre on two products, both concept sports cars, even though I’m getting the strong feeling that Adams reckons the new project should be some kind of big saloon...

Then our eye falls on the ultra- low, more angular SRV concept from 1970, a four-seater despite the small size, powered by a transverse powertrain mounted behind its four easily accessed seats. “These two teach us about future-proofing,” says Adams. “They look as great as ever.” Other Vauxhall models standing around make a supporting point about timeless appeal: a Droop Snoot Firenza HP from 1973 (whose promising career was killed by the fuel crisis) and the sleek 1989 Calibra that never got the credit it deserved. 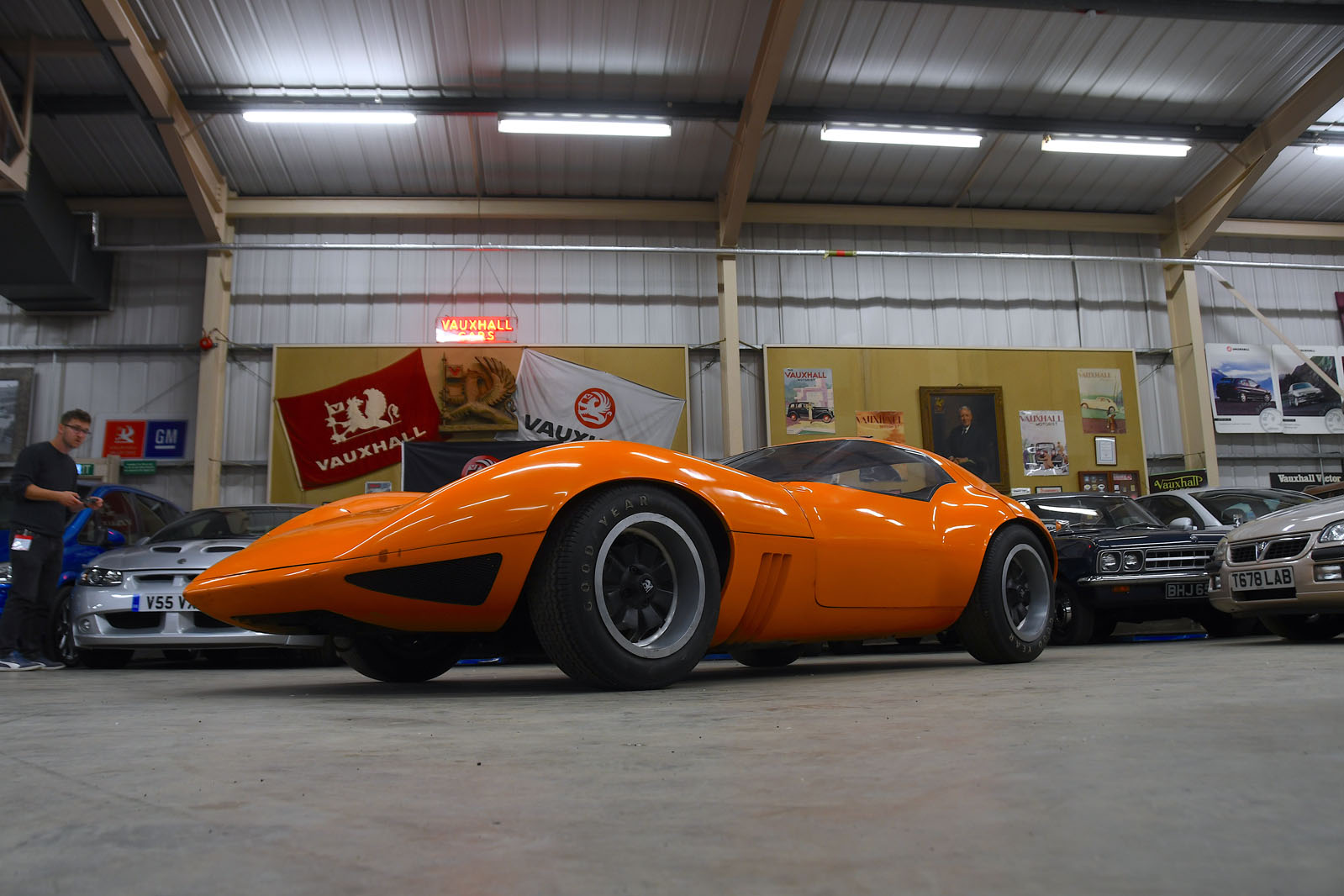 Back in the Luton boardroom, Adams runs through the (remarkably few) guidelines his designers are using on the new concept. Our man Ben takes close note: that’s his design you can see on the right. My view:if they make it like that, they won’t go too far wrong. There’s much progress still to be made, of course, but it’s fascinating to be in at the ground floor on a project deliberately designed to show something of tomorrow’s Vauxhalls, and to see at first hand how determined the company’s professional car creators are to succeed.

How the new concept should look, according to Autocar (and Adams):

I found all the Vauxhall-Opel background fascinating. I hadn’t realised contemporary German and British design styles had such synergies, or that Vauxhall had so many deeply impressive cars in its back catalogue.

But it was the final session on the high-level principles guiding the concept’s designers in Rüsselsheim that really got the creative juices going. 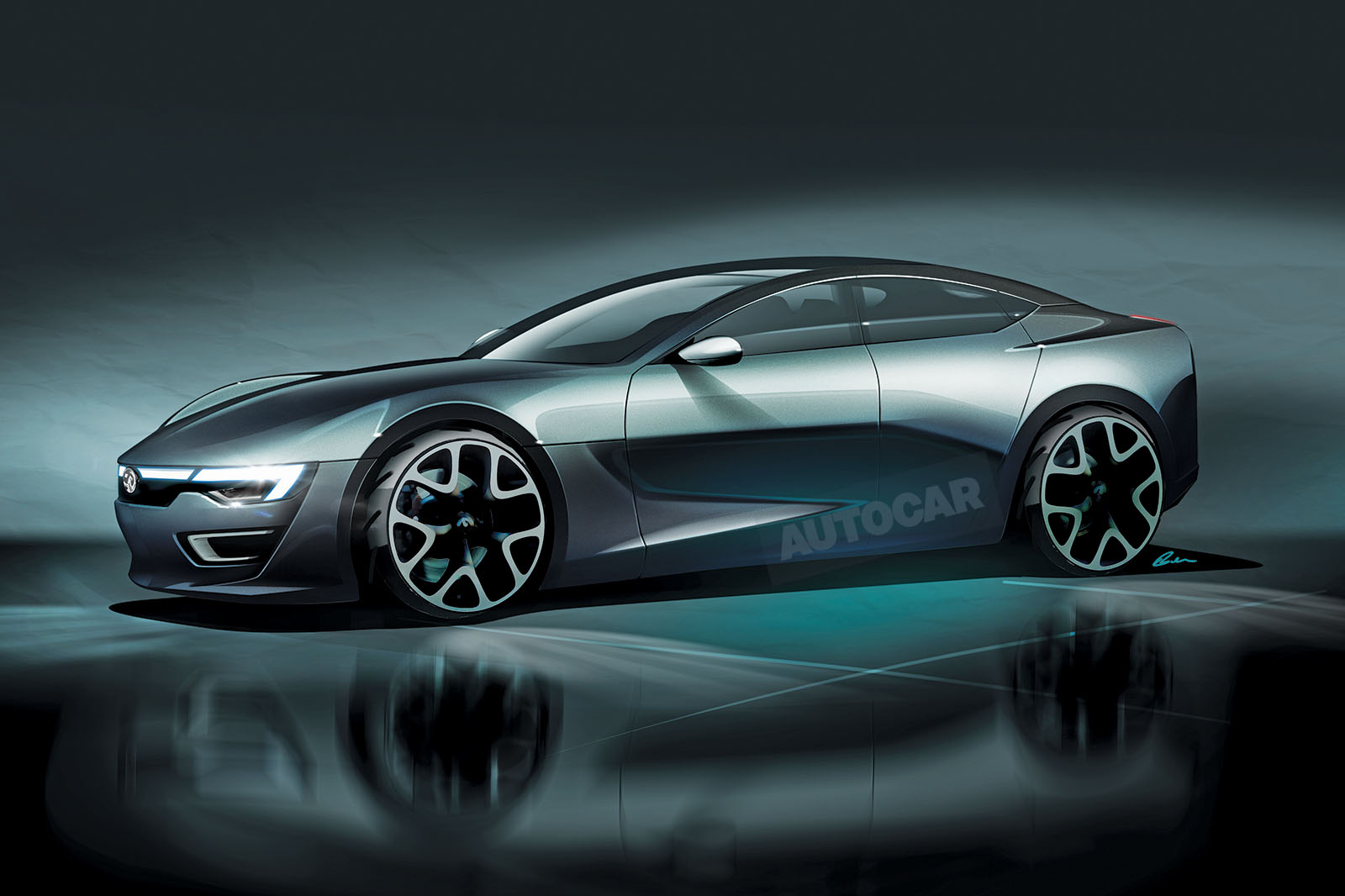 Saying that, there were surprisingly few rules. Design boss Mark Adams is keen to keep using the ‘signature lights’ of recent Vauxhall-Opel cars. The latest Astra and Insignia particularly show how narrow they can be yet how prominent, and how well they can incorporate unique daylight running identities. Adams also wants to maintain a precise bonnet centre line, a feature Vauxhalls have carried for 60 years that he believes implies manufacturing precision.

He showed me a simple frontal graphic template that makes a good guide: in effect, a pair of crossed lines that places the round badge at the centre, with the bonnet centre line as the upper vertical and the headlights at the lateral extremities. He said it would help, and it has.

Oh, and he’s seeking an all-new Vauxhall-Opel grille design on the basis that the outgoing shape isn’t so different from what other marques offer, and a new design would be an unmistakable signal that thIngs are changing quickly in the PSA-owned world of Vauxhall and Opel. “We need our own territory” was how Adams put it to me. 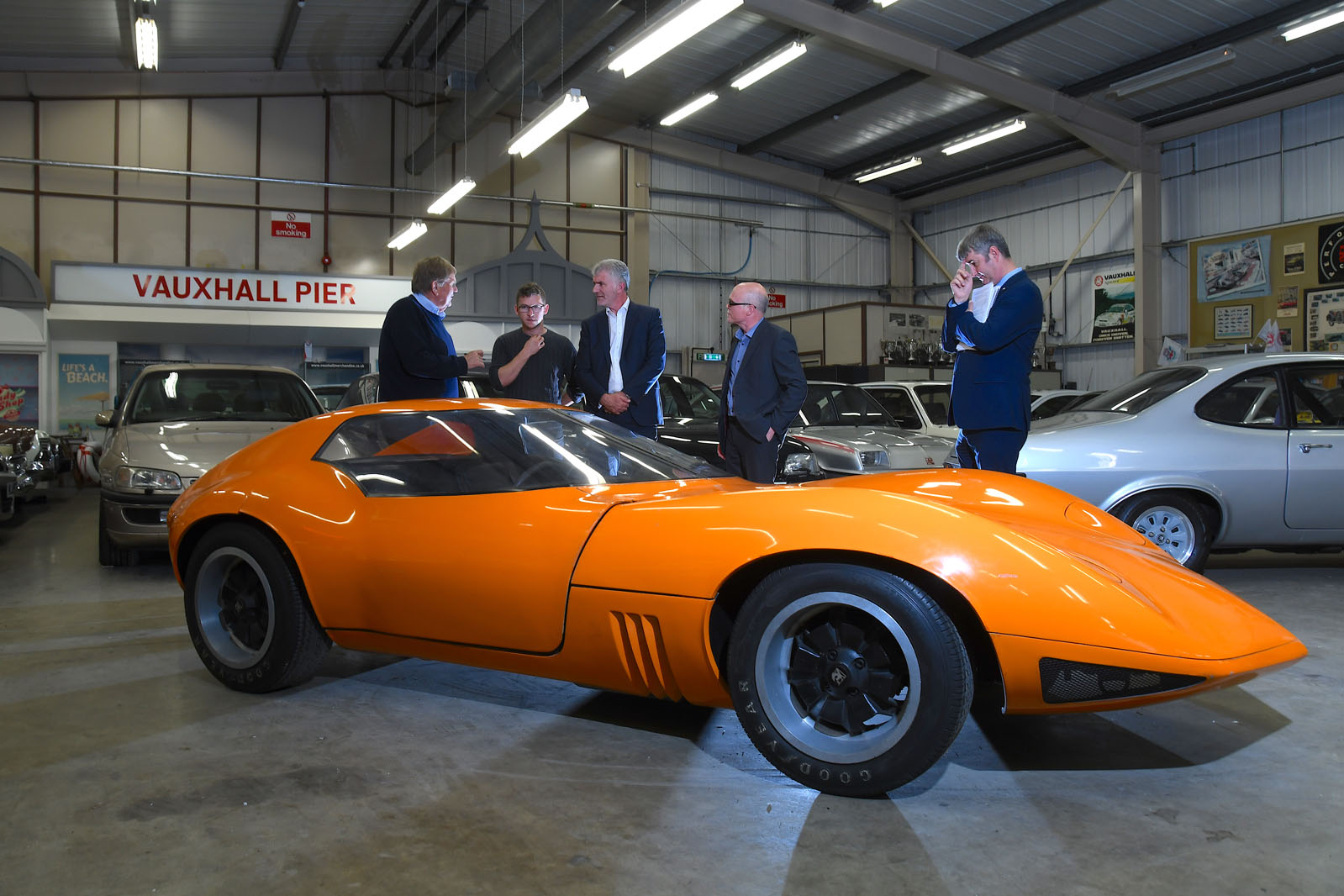 So, as you can see, I’ve drawn a D-segment saloon as the brief requires. It’s as ‘bold and pure’ as I can make it, and I’m tempted to give it a ‘V’ name, like in the old days, but haven’t thought of a decent one yet. Viceroy?

Too stiff and old school. Verona? Hardly British. Vindaloo? Very British but hardly appropriate. If you have a better suggestion, send it to me and I’ll start a collection.

Ladies and Gentlemen... the

Ladies and Gentlemen... the Vauxhall Vape.

How on trend is that?!

In simpler times buying a Vauxhall, a Ford or an Austin was akin to supporting different footbal teams. Now with the rise of marketing to peoples insecurities, a car brand signifies mostly imagined weight.  The German designed Astra is in large part no different to a Golf let alone the MQB clones that trade on various formualtions of "VW but cheaper" and have little brand identity in their own right. Is a base Seat sportier than a base Astra? Only it the imagination. Perhaps PSA need a Dacia but are hamstrung by the high cost base of UK manufacturing.  Perhaps Brexit will push the government to "save" jobs by subsidsing it down to the level of a Czech plant but it will be hard if tariff's ensue. Honest and cheap is probably the way forward and judging by their keen pricing these days are already on that path. Ford make admirable cars these days but is the brand realy any better percieved?

the Autocar proposal looks like it's built for the track not the road, the packaging is appalling with it's miniscule cabin and ultra-low roof,  it looks completely anonymous and generic,  the proportions are cartoonish  -- maybe that's what's intended - a slight sketch.   What on Earth's the point?