Oddly for an Italian roadster known at home as ‘little boat’, its scourge is water. Still, find one free of corrosion and you can expect plain sailing ahead
Close
by Autocar
Follow @@autocar

Without question, the Mazda is the easier decision to make, but plump for the Fiat and you’ll be rewarded by a sweet and surprisingly tenacious front-drive set-up, more artful styling and a degree of rarity that will have onlookers doing double-takes.

True, you’ll have to sit on the wrong side of the car to steer it but that’s just part of its charm. The big issue is corrosion. Old MX-5s rust badly, too, but the Barchetta fell prey from day one. The floor and the rear wheel arches suffer worst. A faulty rear hood seal and UK cars’ generous underseal (it traps water, causing the floor to rot) are the culprits. Another, although far less serious, weak spot is the variator. It controls the inlet timing and can become seized, causing the engine to run badly and make a noise not unlike a diesel engine at around 2000rpm. It’s not terminal but will need replacing. It’s best to do it, along with the water pump, at every second cambelt change. This job falls every three years or 36,000 miles. The belt itself is durable; it’s the tensioner that can fail. The problem lies in its lubrication. Rarely used cars are most at risk because the bearing grease is allowed to sink, causing the bearings themselves to run dry. Then the tensioner seizes, the belt jumps and you need a new engine.

Find a Fiat Barchetta for sale on PistonHeads 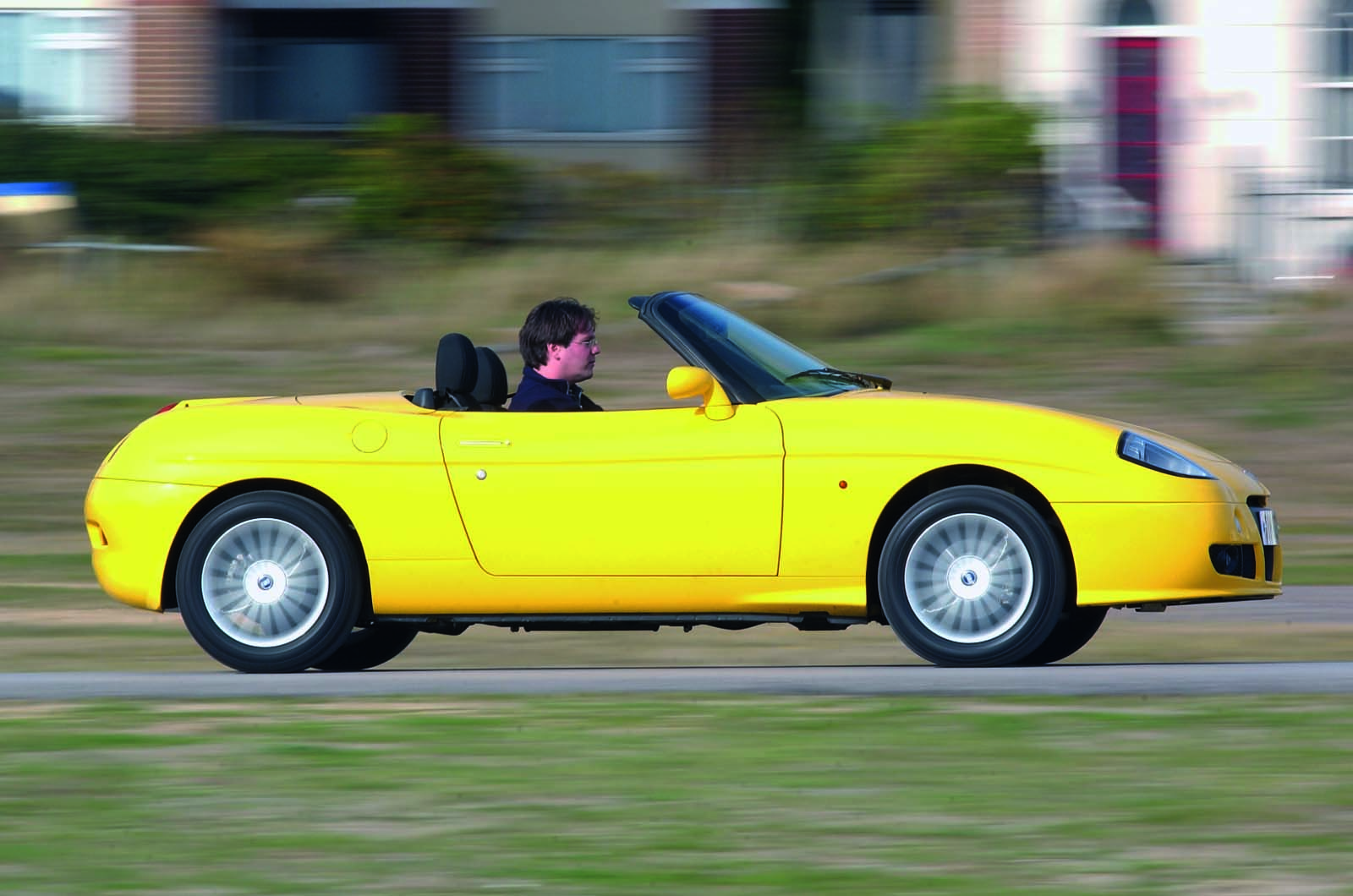 The Barchetta was launched in 1995, some five years after the original MX-5. Being left-hand drive and having Punto underpinnings, it could never hope to unseat its Japanese rival. Even so, it proved reasonably popular, especially with unofficial importers who wasted no time undercutting Fiat UK prices. Fiat would eventually get its own back when, in 2003, it launched the facelifted version (restyled nose, foglights and a leather steering wheel) with a £2800 price cut. These last-plate versions are less desirable than prettier, pre-facelift cars, though.

The Barchetta’s 1.8-litre engine, with variable camshaft timing, produced 128bhp, sufficient to propel the 1060kg roadster from 0-62mph in 8.6sec. Standard equipment included a five-speed manual gearbox, power steering, anti-lock brakes (official UK cars only; imports may not have the system) and electric windows. The hood was a manual affair and its rear slam panel seals routinely fail, letting in water. Replace them every so often – they cost around £250 all-in. The optional Comfort pack brought a mix of luxury and safety features including leather, powered mirrors and a passenger airbag.

Special editions included the popular Limited Edition or plain LE (alloy wheels and leather) of 1995-98, and the well-equipped Riviera (1998-2001) and Milano (2001-05). Around 15 years on, these versions are as nothing compared with a rust-free Barchetta in standard spec. Find one, cherish it and stand out from those MX-5s. An expert’s view, Paul De Turris, Founder, DTR sports cars:  “I love the car. It’s easy to drive and reasonably sporty. It’s reliable too. The problem is rust. Even in 2002 they were rusting. Today, you should be very suspicious of any used Barchetta. Rust may not be immediately obvious so check the floor and inner arches, and for signs of welding. Our free pre- purchase inspection could save you a lot of money. A low-mileage, rust-free, pre-facelift LE in silver is the car to buy. The best are around £10,000.”

Buyer beware… ENGINE: The variator is a known Barchetta weak spot. A seized one makes the engine sound diesely, especially on the overrun, causes it to stall and increases fuel consumption by around 10%. Replace it at every second cambelt change. Cambox gasket can leak due to over-tightening at belt change.

GEARBOX: Some 1999-build cars had a graunchy second gear. The gearbox likes an oil change every 60,000 miles 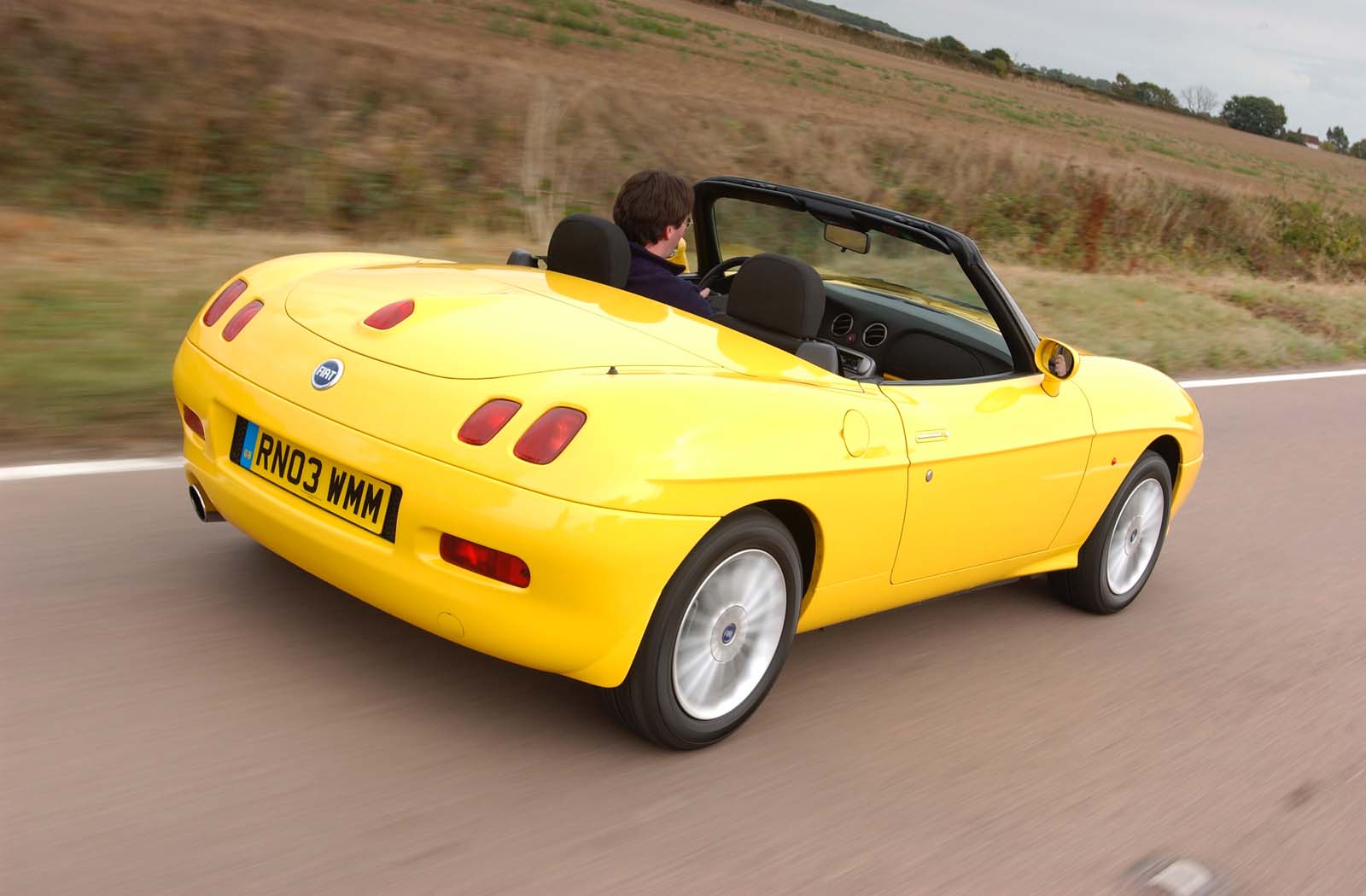 HOOD: On pre-1996 cars, an improperly folded frame can cut the hood fabric. Check above the side windows and the lower rear corners for cuts. Check condition of roof seals.

BODY: Bonnets on early cars are of a thinner gauge steel than later models and dent easily when pushed closed. Check for rust on outer and inner rear wheel arches, behind the chassis underseal and in the front floors by the jacking points and sill edges. Check the roof seal against the rear slam panel. It wears, allowing in water that pools before flowing onto the floor. Check for body welding and panel replacement as a consequence of corrosion or a crash.

INTERIOR: Check electric windows work (the lever system can fail). Ensure the red master key is being sold with the car. 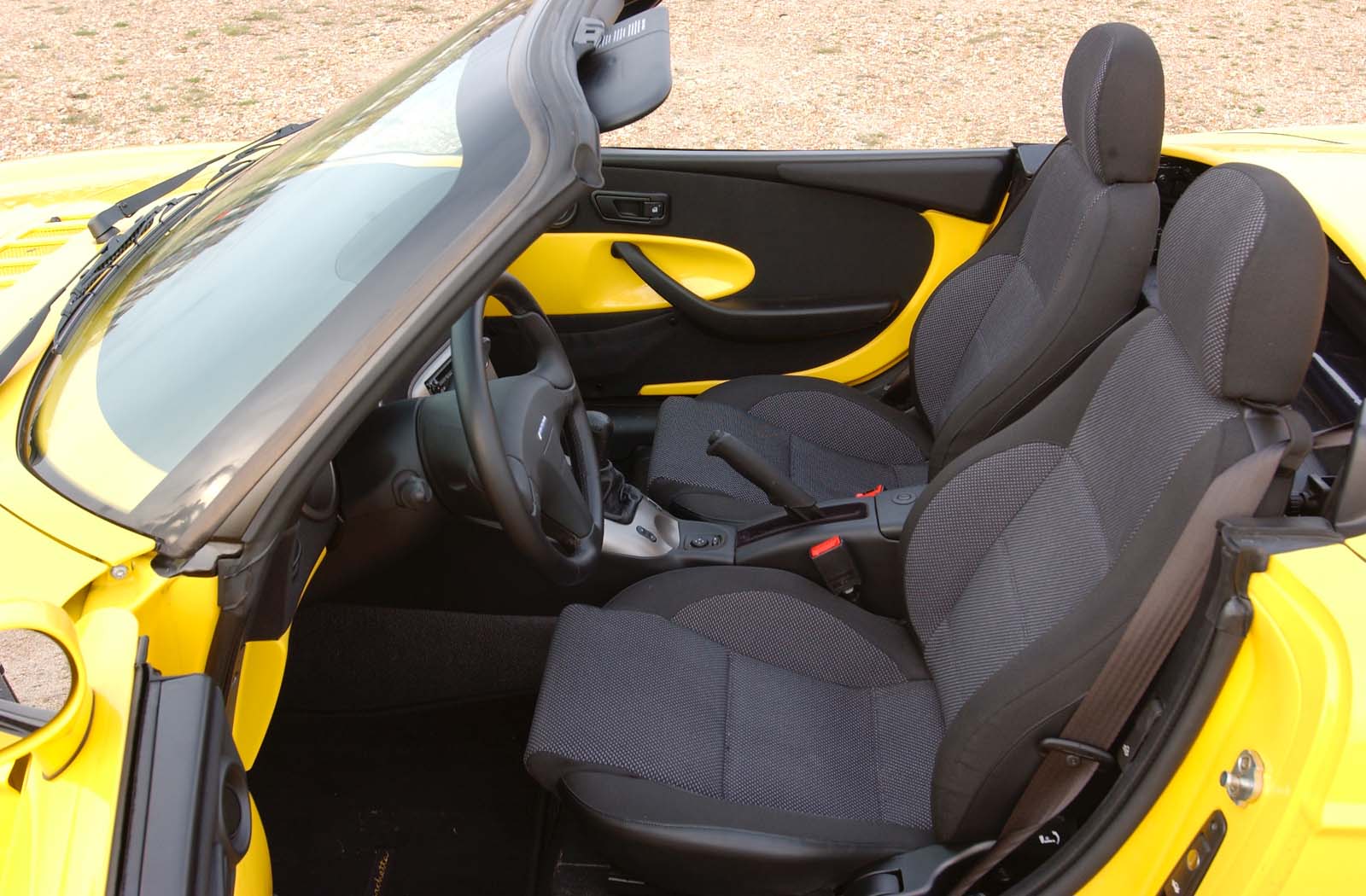 Mechanical parts are freely available but body panels and lights are difficult to source and, as such, expensive. For example, headlights are £600 each, as is the front bumper. Replacement rear wings are almost non-existent but can be fabricated. The owners club and eBay advertise the occasional item.

FIAT BARCHETTA, 1998/R, 40,000 MILES, £5999: Here’s a UK-supplied, one-owner Barchetta with full service history in eye-catching yellow. Since DTR, the Barchetta expert, is just around the corner from the seller, we’d send the car over for a free inspection just to ensure it stacks up as well as it seems.

Not plain sailing but lovable

This article feeds my current fascination with these cars very nicely, I’ve just hired one for a weekend in the south of France and absolutely loved it. Quick enough, sweet handling, throaty exhaust note and the design overall has barely dated. There were gremlins for sure - third gear crunched every time, the speedo rarely worked, nor did the rev counter and the smell of petrol in the cabin was overpowering. There were no deadlocks either so locking the car with the roof down was entirely pointless… Oh, and putting down the roof could happily take your fingers off and the door handles are design over function even if they look great. But it’s a neo-classic to fall in love with, I doubt I would have come away wanting to buy an old Mazda MX5 in the same way. Also, I’ve also never understood why there aren’t more comparisons made to the MGB in the styling, when you’re sat inside the car the curves front and back are very similar.