BACK TO ALL NEWS
Currently reading: Buy them before we do: second-hand picks for 22 November
UP NEXT
2023 Lotus Type 133 to be firm's most luxurious model yet

Buy them before we do: second-hand picks for 22 November

As at home wading a river as on the school run, it's the versatile Range Rover Sport
Open gallery
Close

Range Rover Sport 3.0 TD V6 HSE, £11,795: The big Range Rover Sport is gaining an unfortunate image as a bit of a geezer’s special, so it’s with some trepidation that we’re pushing ourselves to the head of the queue for one. Not a smoky old has-been, mind, but a bright, facelifted 2010-reg example with 75,000 miles, full service history and the later, more efficient 3.0-litre diesel engine that makes a useful 237bhp.

It’s in HSE guise, which, granted, means more to go wrong, but in a car this size we’re willing to take that gamble in return for the rear parking sensors and rear-view camera. It’s got Terrain Response, too, which takes the sweat out of off-roading. All this and it also has air suspension, which does so much to turn the Sport from relaxing high-rise limo one moment to warm hatch the next.

On the fripperies front, there are 20in alloys, leather trim, DAB radio, an uprated sound system and climate control. Finally, being a facelifted model, it has the smarter nose and tail and a less cluttered dashboard. 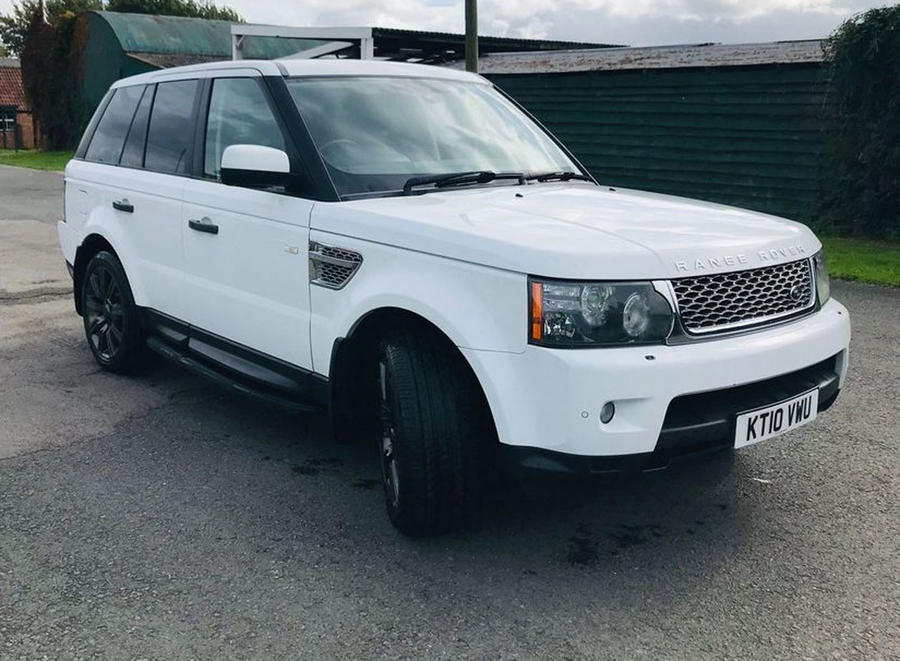 So lots of good stuff, but were we really considering buying this Sport, we’d want to check out that suspension system. Springs, bushes and joints take a hammering, while the air suspension compressor can fail – expensively. Our find has full service history so we’d be surprised if the electronic handbrake is playing up, but it’s worth checking because poor maintenance can be terminal.

Rust won’t be an issue at this age, but we’ll get it on a ramp and scrutinise the underside for signs of off-roading damage. It’ll give us a chance, too, to look for fluid leaks from the drivetrain and oil weeps from the engine. 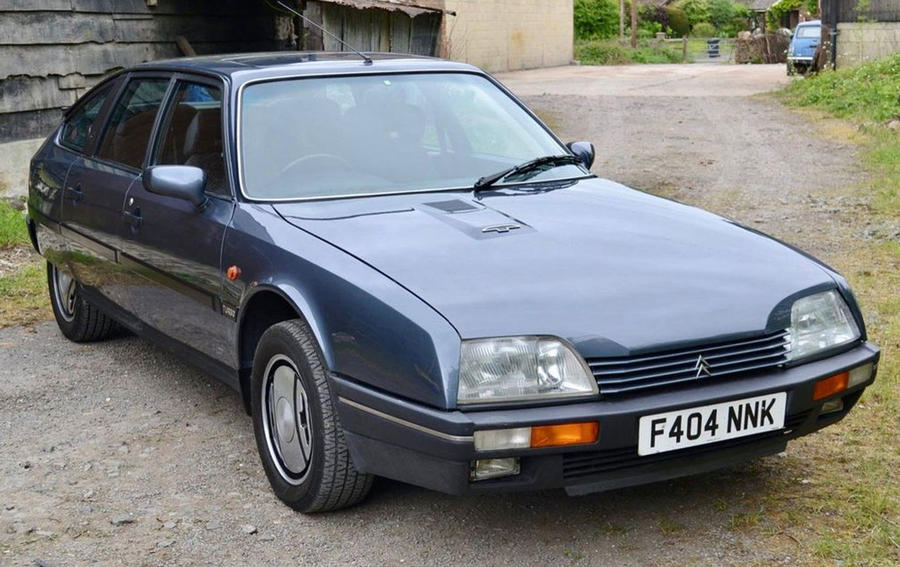 Citroën CX 25 GTi Turbo, £9450: Few GTi Turbos have survived, so imagine our delight when we found this immaculate 1989 F-reg. It has a well-documented history and is virtually unmarked. The 2.5-litre intercooled turbo motor has 166bhp, making it a classic Q-car to savour. 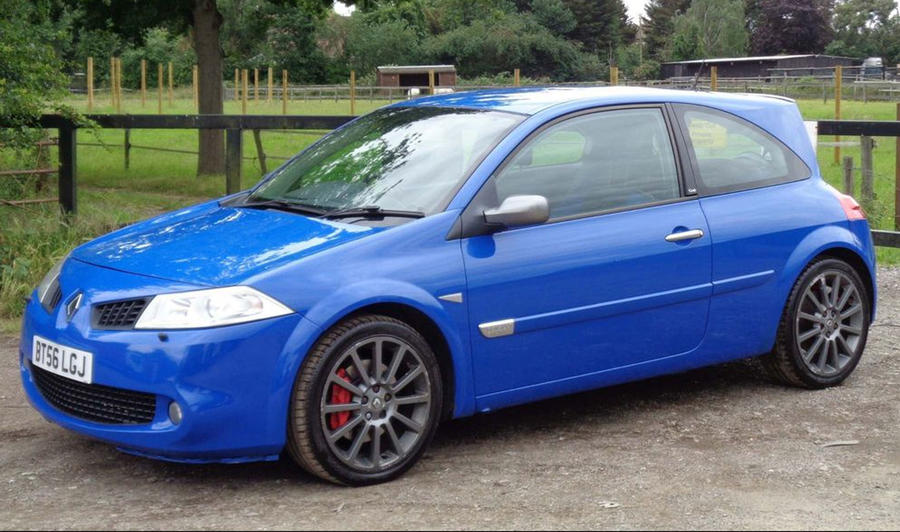 Renault Mégane 2.0T Renault Sport Cup, £3500: Hot Mégane IIs (2002-09) have a strong following, and this 222bhp 2007 Phase 2 looks the business. It’s the Cup model with uprated chassis, meatier steering and drilled discs. The 87,000-miler has full history and the cambelt has been changed. 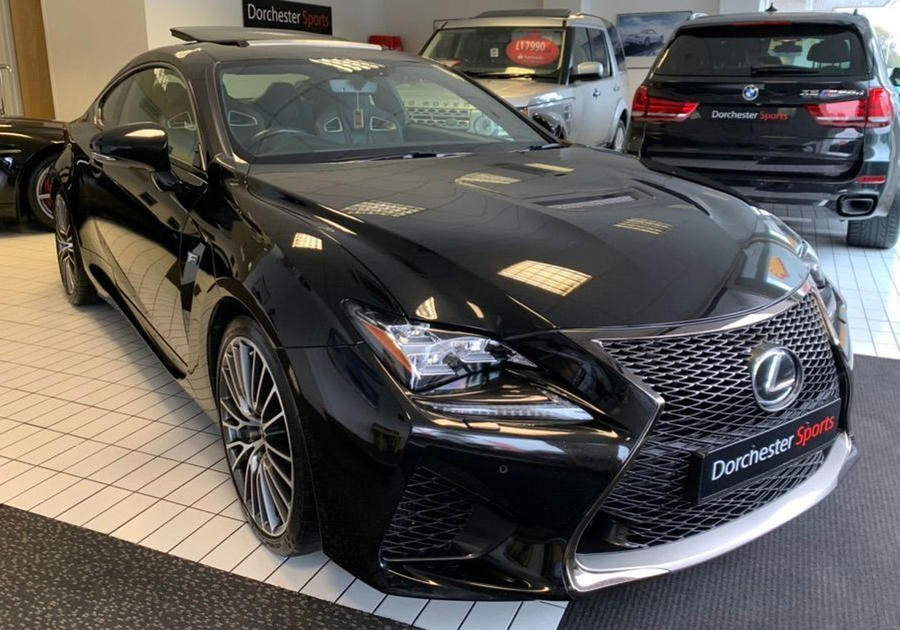 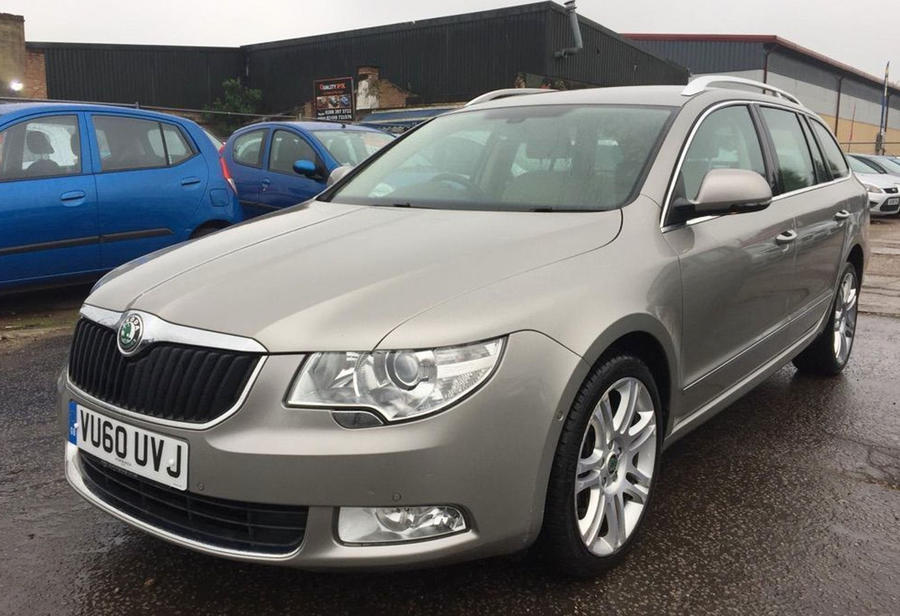 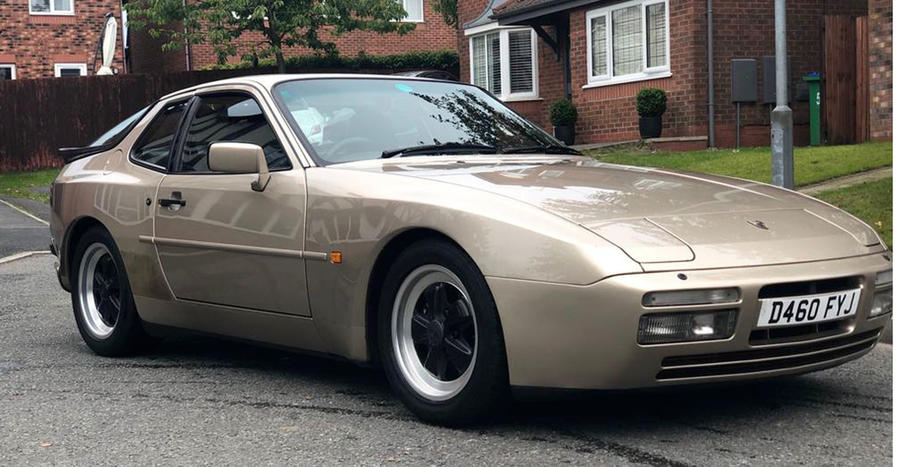 Porsche 944 Turbo: Prices of Porsche 944 Turbos are creeping north, with £16,000 and beyond being the going rate for the best cars. They’re not necessarily light on miles at this money and the 944 was never one for the heated garage. Instead, condition, service history and provenance mark out the higher-priced examples. Cast around and you can snag a bargain, such as the 1986 D-reg example that sold for £12,833. It had done 127,000 miles but boasted 26 service stamps. It scored four out of five stars on the auctioneer’s condition report, too. 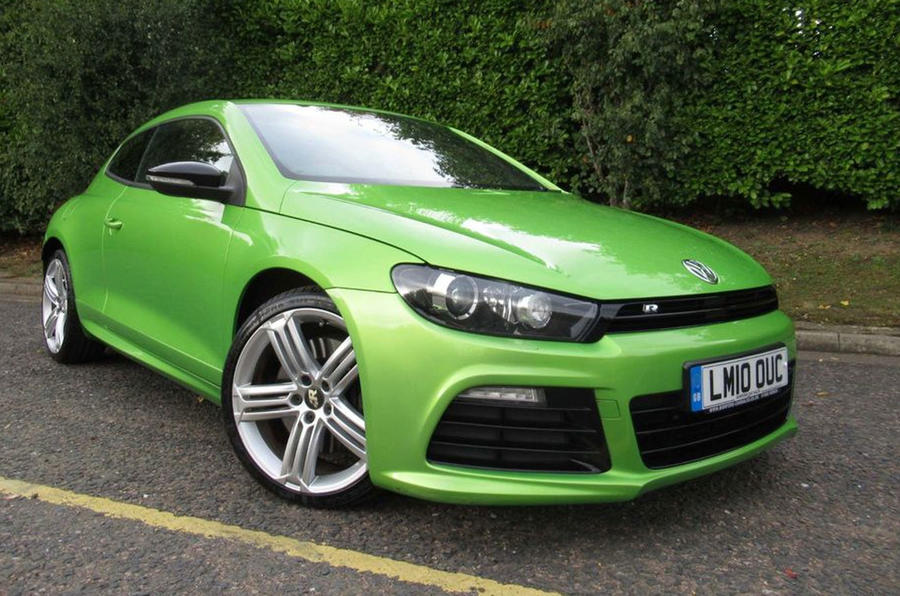 Volkswagen Scirocco 2.0 TSI, £10,995: The one thing that stands between the Scirocco Mk3 and classic-car greatness is the fact that it lasted eight years – time enough for thousands of them to roll off the production line. Even so, chances are that neglect, emissions regulations and accidents will see off many of them, until we’re left with just a handful of petrols in Viper green, the best colour. Based on the Golf Mk5, today it feels like a crude old thing, especially on larger wheels, but it looks as fresh as the day it was first revealed – and it always will.

Brief: Find me an £8k classic I can leave on the street knowing it will start – and still be there – every morning. 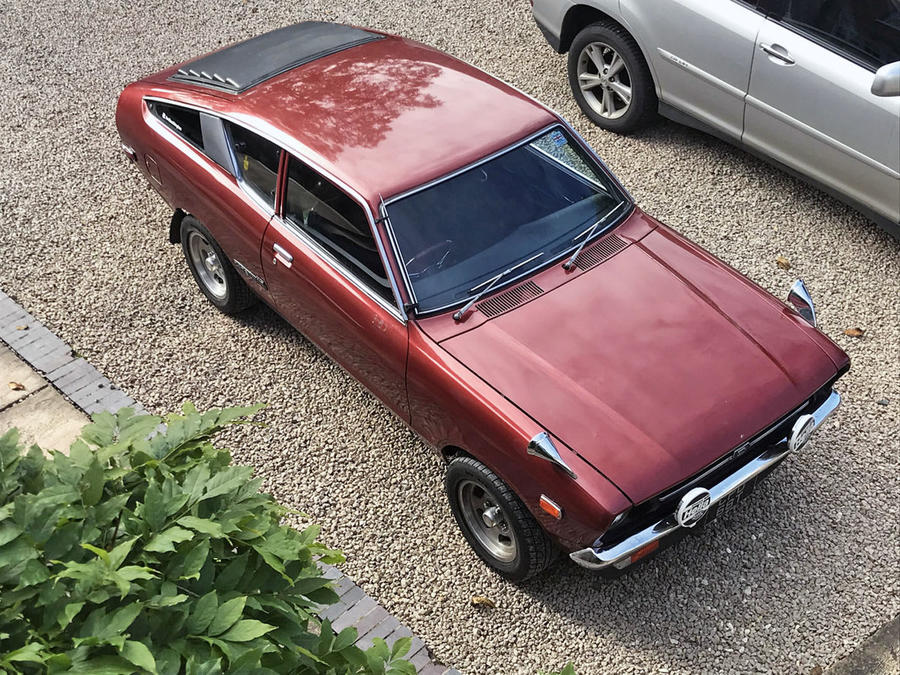 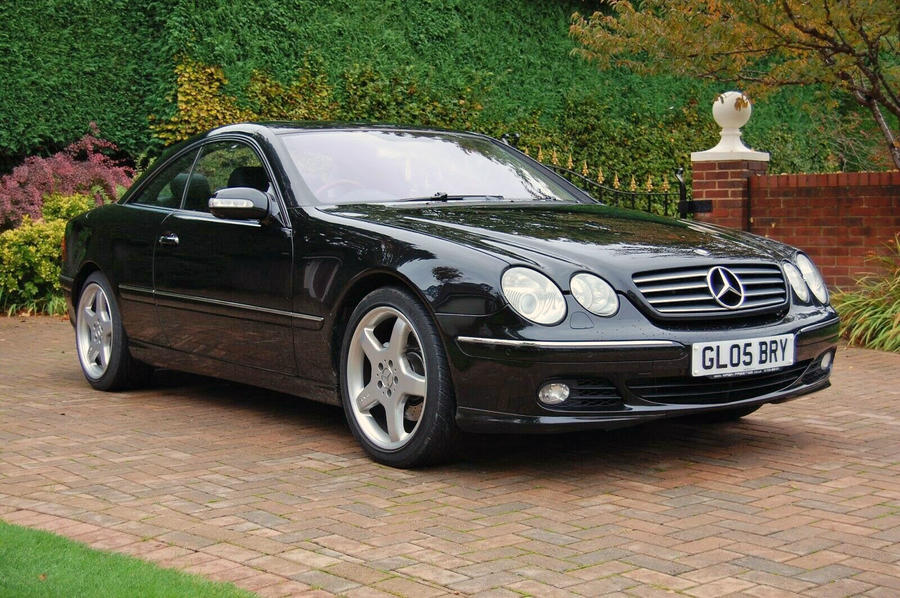 Max Adams: A dependable classic? Here’s a Datsun 120Y: the car that taught us that we didn’t need a can of Easy Start and a set of spanners to get going on a frosty morning. It was a revelation when it first arrived on our shores, and this ultra-rare coupé version is clearly a wonderful example that has been well looked after.

Mark Pearson: There is no point in spending so much money and putting in so much time and effort on the buying and owning of a classic car if it’s not going to be something that makes you tingle when you either look at it or drive it. My 2005 Merc’s a humdinger: creamy V8, loads of punch, looks fab, low mileage, full service history… I don’t think you’ll wow people at dinner parties with stories of your Datsun, Max.

MA: You and I clearly go to very different dinner parties. I’m rather taken with this chocolate-brown 1978 Datsun. Did you know there are fewer than a handful of these 120Y coupés left?

MP: I’m not surprised. Who would want to keep one? It's certainly a car you would want to leave on the street – it’s far too ugly to sit on your driveway. My Merc will go on forever, in supersmooth opulence – and it will appreciate in value, too.

MA: That CL will only last forever if the owner’s bank balance doesn’t run dry…

Verdict: It’s a close call, but the Merc won’t rust and it’s less likely to be stolen.

Hahaha a 2005 merc a classic? Give me a break. The only reason it looks so 'fresh' is because Mercedes haven't produced one innovative design in the last 20 years. It looks dull and not in any way special.

If you want to blend in with every other boring merc on the road then by all means. I'll take the actual classic.

That CX is a stunner, I haven

That CX is a stunner, I haven't seen one on the road for years, surprised the Scirocco is described as feeling like a crude old thing, it's still a very modern car.
For a bargain forget the turbo and get an na 944, they can be a lot cheaper for excellent cars, 924s even more so.