The Esprit Turbo's head-turning ability is as strong today as it ever was. But is owning one likely to be a pain in your low-slung bottom? Not necessarily
Open gallery
Close

If you weren’t around when the Peter-Stevens-designed Esprit Turbo landed in 1987, you won’t know what a splash it made. There’d been Lotus Esprits before it, designed by Giorgetto Giugiaro, and very good looking they were, too, but the Stevens car had even more presence and a timeless, aero-inspired look that, 30 years later, has lost none of its freshness and appeal.

A past neighbour of mine had a brand-new Turbo in Calypso Red with cream leather. In the quiet market town where I lived, its arrival was front page news, at least in our local rag’s motoring section. Put one on your driveway today and it’s likely to provoke the same reaction, at least among the neighbours. And if they laugh up their sleeves about the car’s modest 2.2-litre four-cylinder turbo engine, you can always bring the Porsche 718’s 2.0-litre four-pot into the conversation…

Mechanically, the 1987 Esprit Turbo was largely unchanged from the previous-generation model, with the exception of the rear brakes that were now outboard and the adoption of a Renault five-speed transaxle. The fit and finish of the glassfibre body were improved by a new resin injection process. At the same time, the interior, handling and performance were brought up to date. 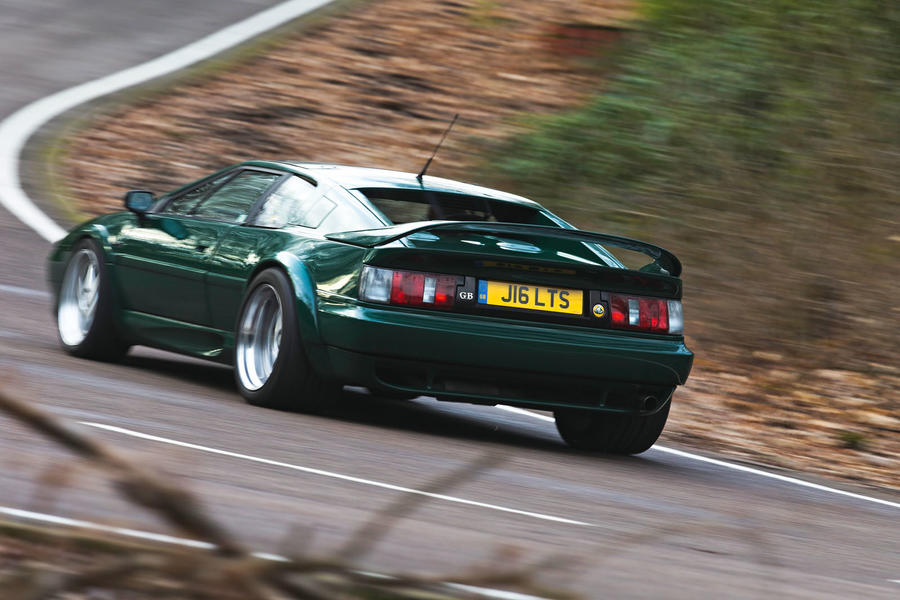 For the record, the Type 910 engine, force fed by a Garrett T3 turbo and with Bosch K-Jetronic fuel injection, produced 215bhp, a figure that may have declined somewhat if you stick a leggy Turbo on a rolling road today. It was good for 0-62mph in 5.3sec (the car weighs only 1270kg) but an uprated version called the Turbo SE arrived in 1989. Thanks to an intercooler and a new multi-point fuel injection system, it produced a more impressive 264bhp for 0-62mph in 4.9sec. You can tell the model by its large rear wing.

This standard Turbo continued until 1991. The Sport 300 of 1993, a stripped-out version with 302bhp and beefed-up spoilers and wheel arches, was the Esprit Turbo’s last hurrah before the arrival of the Esprit S4. Only around 50 Sport 300s were made and they’re sought after today.

The S4 of 1993 boasted a fresh but evolutionary look courtesy of Julian Thompson, today head of Jaguar design. It was the first Esprit to have power steering as standard and, on a less uplifting note, the revised interior featured parts donated by Vauxhall, Lotus’s new owner. Power was provided by the 264bhp engine from the SE Turbo, a move that cleared the way for its more powerful successor, the 300bhp S4 S of 1994. 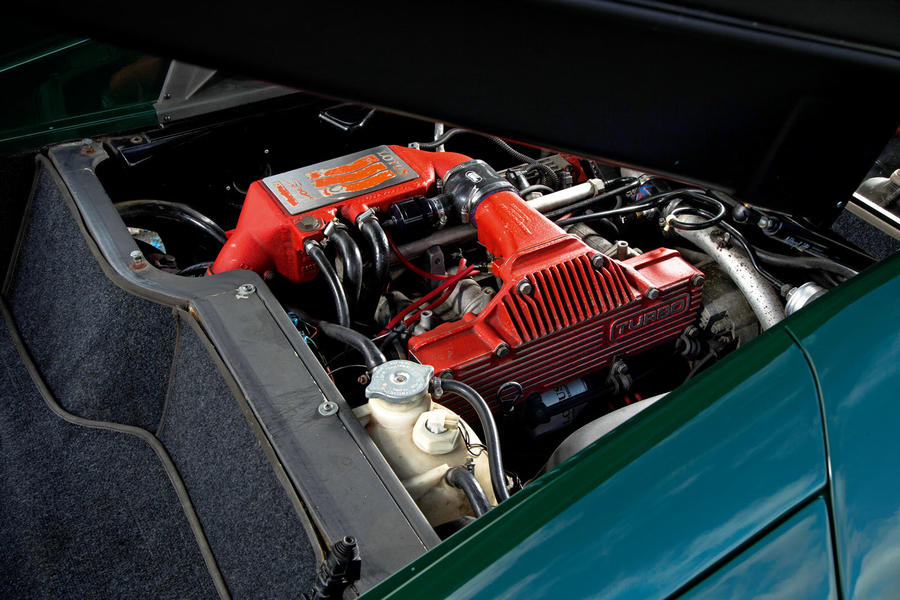 The Esprit Turbo’s final roll of the dice came in the form of the GT3, launched in 1996. The lightweight, stripped-out model could muster only 240bhp but is regarded as the best-handling Turbo of them all.

Experts reckon that, assuming it has been properly maintained, an Esprit Turbo is a reliable supercar with no serious faults. Buy a good one while prices are still reasonable and it’ll reward you handsomely.

Paul Clugston, UK Sports Cars: “I’ve driven and sold hundreds of Esprits and love the model. Assuming it’s been looked after, the car is perfectly reliable, with 100,000-plus miles easily achievable. However, at that mileage, the suspension and braking system will need an overhaul. I’m wary of cars with rebuilt engines because the engine is rarely as smooth as it was. You need to keep an eye on its oil consumption, too. Check you’re comfortable with the steering. Power steering only became standard in 1994. My favourite Esprits are the S4, S4 S and GT3.” 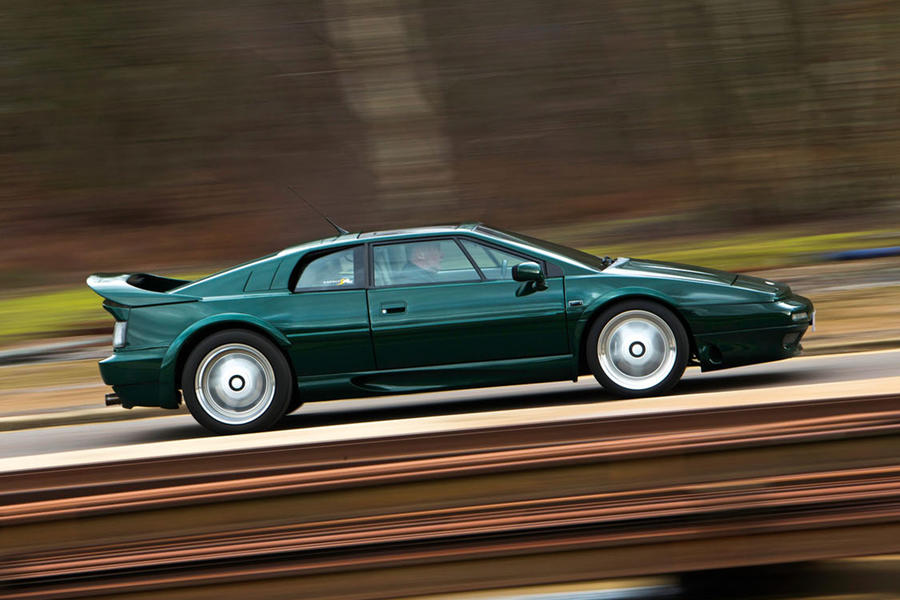 Engine: Check the 6000-mile service intervals have been followed and that either main dealers or specialists have serviced the car since knowledge of torque settings and general adjustments is critical. Monitor oil pressure and be sure the three cooling fans work. Examine the filler neck for oil and water emulsion, indicating a blown head gasket. Check all pipes and hoses. Ensure the exhaust manifold isn’t blowing.

Turbo: If the car has been standing for some time, the turbo wastegate may be seized so be easy with the accelerator on the test drive to avoid overboosting the engine. Have someone blip the throttle and check the exhaust for white turbo smoke.

Transmission: The original hydraulic clutch hose is red but don’t be surprised if it has been replaced by a stronger, braided item. Feel for worn synchros. A notchy change is typical of the Renault ’box.

Suspension: Unless they've been replaced recently, budget for new bushes and dampers all round. The test drive will reveal all.

Body and Chassiss: Inspect the suspension mounts for corrosion but elsewhere the galvanised chassis should be rust-free. Check the pop-up headlights work.

Interior: A tatty cabin suggests less obvious neglect elsewhere so be very cautious. Check that the electric mirrors and windows work as repairs can be pricey.

At Lotus Esprit World (lotusespritworld.com) you’ll find more useful info about choosing, buying and owning the model. Its Which Esprit guide rates cars on their availability and reliability, and there’s a guide to test driving the model, with tips on what a healthy car will feel like compared with one in need of work.

£35,000 and above: Rarities, low-mileage and concours examples. 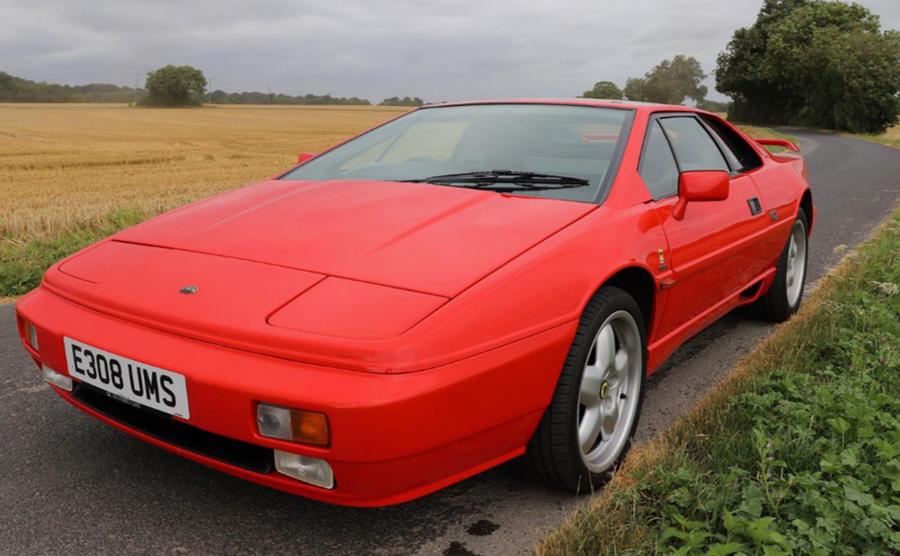 Nice to see the Esprit being promoted for a change.

No mention of the V8 in this article though? Updated chassis, better gearbox internals, and two turbos on a V8 in the 90s!How long did it take the rest of the industry to catch up I wonder? A certain McLaren and Ferrari have only just recently joined the party!

It's a bit a of a forgotten icon these days, in an era when manuals are being praised, and the pure un-assisted driving experience is something people seem to lust for and even pay extra for, the Esprit offers it all, and doesn't break the bank!

Ferrari were making more power, from the same displacement, without the aid of turbo's - They simply didn't need them!

The 355 V8 is rated as one of the greatest engines Ferrari have ever made, with an unbelievable scream when it's revving out. As good as the Lotus V8 was, it doesn't even compare to the Ferrari's for character and driveability.

And today, Ferrari have gone to turbo engines due to ever tightening emmision regulations, and the need for massive amounts of power (and their turbo engines continue to amaze testers, by having pretty much zero turbo lag, from any speed, in any gear, and being incredibly flexible)

I totally agree with the

I totally agree with the article.

I have travelled many thousands of joyful miles in a Turbo SE, and I would be a total sucker for an S4S or GT3 if I found myself in front of an imaculate one now.

Always my dream car when I was a young man, aquired an S4S a couple of years ago in mica yellow with green leather, paid miles too much for it and have spent a lot making it work properly, so i'm stuck with it for the rest of my days ! However as old cars go its quite a nice machine, but not a patch on, for example my Porsche 968CS from the same era, in terms of build quality, drivability,  or durability, but it does look wonderful and it drives very nicely, although not exceptionally. One of the things that comforted me during making the buying phase was that in my home town is Max500 Ltd,  Max was chief tec at Bell and Colvil for many years, then started an independent Lotus service garage, Lakeside Engineering with a partner, and is now on his own in Max500 Ltd. He drove and maintained the famed Top Gear Esprit V8 in Argentina and is these days the chief tec looking after all the cars on the filming of "The Grand Tour", so a very, very useful man to know ! Max has spent a lot of time getting the standard fit and absolutely awful ABS braking system working as well as it ever can and getting the car running really well.  My old Porsche 968 has done hundreds of Nurburgring laps and hundreds of track days, my impression is the Esprit would be struggling to do one, such is the frailty of its design, the Renault transaxle isn't really up to the job, the brakes despite being Brembo calipers are ruined by the woeful ABS, the engine by todays standards is pretty poor, although impressive in its time it hasn't aged well. I use the car very sparingly and very sympathetically even though Max assures me they are fundementally robust ( they just don't feel it ? ).  The other major factor that is always in the back of my mind is the total lack of heritage parts back up for these cars, Lotus aren't like Porsche. For what I've spent, I could have bought a very nice Porsche 993 Carrera 2, and added a few subtle well known improvements and had a completely usable reliable car that would have taken to the track as often as I wanted with complete ease, and driven all over Europe with no question marks over reliability. So my advice is think very hard before being mesmorised by the Esprit's beauty .

A good review, interesting that Max states they're fundamentally robust, they are a classic that if I could afford as an occasional car I would have as like you say, they are beautiful.
Regarding the Porsche equivalent, I too would expect them to be more or less bullet proof and daily drive capable as I had an 83 924 which was just that, much like your 968, so I'd imagine their equivalent 911 flagship sports car to be even better and more capable.
View all comments (6)