BACK TO ALL NEWS
Currently reading: Used car buying guide: Land Rover Discovery 3
UP NEXT
MST Mk1: Is this the ultimate rally recreation?

The idea of buying a Mk3 Discovery might strike fear into you, but don’t worry: it’s a huge amount of car for the money and we tell you what to watch out for
Open gallery
Close

With a complicated suspension system, thirsty great motors and more electronics than you can shake your proverbial stick at, Land Rover’s Discovery 3 is categorically not a bargain buy for the faint-hearted, but go in prepared and you could bag a convincing alternative to the new Defender for a tenth of the price.

Launched in 2004, the Disco 3 was a stark departure from the model’s utilitarian roots, pioneering an innovative monocoque construction method, Range Rover-aping air suspension and a raft of electronic traction control systems to bolster the SUV’s revered and well-established off-road prowess while bringing welcome enhancements to its on-road behaviour. Engine options in the UK included a torquey 2.7-litre diesel developed by Ford and the PSA Group and a 4.4-litre Jaguar V8 with 295bhp, both of which were more than potent enough to capably, if not frugally, shunt this 2500kg tank wherever it needed to go.

The improvements were met with critical and commercial acclaim. The Disco 3 was resoundingly hailed by the motoring press as one of the best all-round 4x4s in recent memory and the model’s continued prevalence on UK roads is testament to how well received it was by buyers. The new Terrain Response drive modes were credited with making off-roading accessible and the modernised chassis set-up made for a much higher degree of rolling refinement than the Discovery Mk1 and Mk2. 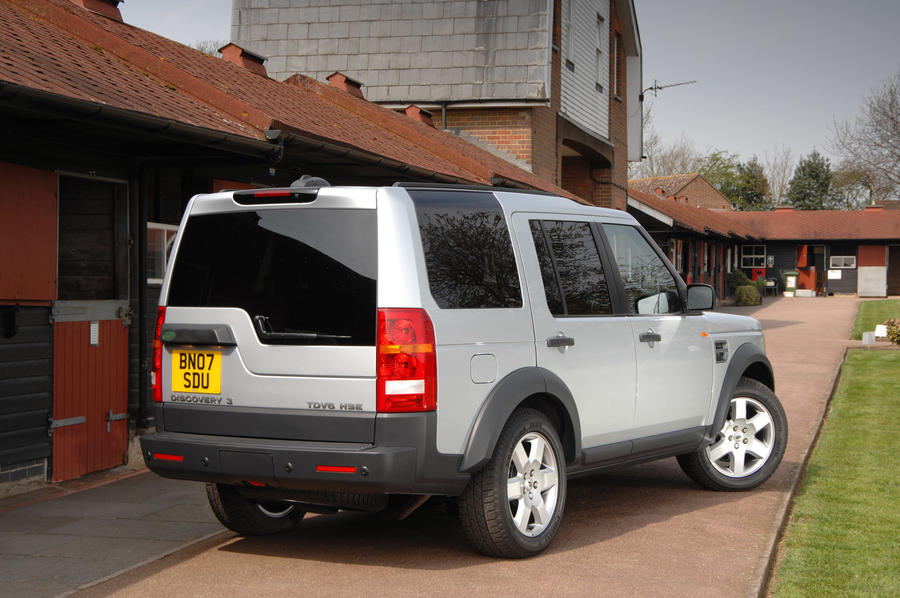 However, the Disco 3’s increased dependence on electrical components has lent it a somewhat dubious reputation for reliability. Major known faults with the gearbox, handbrake, suspension, interior and engine itself can often be traced back to wiring irregularities and the specialist nature of such repairs can soon turn a bargain buy into a troublesome money pit.

A number of factory recalls in the first few years of the Disco 3’s production cycle cured some of its more worrying potential weak spots, including fuel and coolant leaks, fragile flywheels and even misshapen seat cushions, but the forums are still awash with reports of blown EGR valves, misbehaving handbrakes and poorly gearboxes, so it’s well worth making friends with your nearest Land Rover specialist before bringing a Disco 3 home.

There are hundreds of examples to choose from on the UK marketplace, ranging in price from £4000 for battle-scarred farm haulers up to the mid-teens for showroom-fresh facelifted cars. Trim designations changed over the car’s five-year life cycle, but lower- to mid-spec cars were badged S, GS, XS or simply TDV6, and leather-clad and tech-heavy HSE cars topped the range. The HSE variant holds its value particularly well, but bear in mind that more gadgets often mean more headaches, and a bog-standard Disco is still a treat to drive daily while spending less time at the garage. 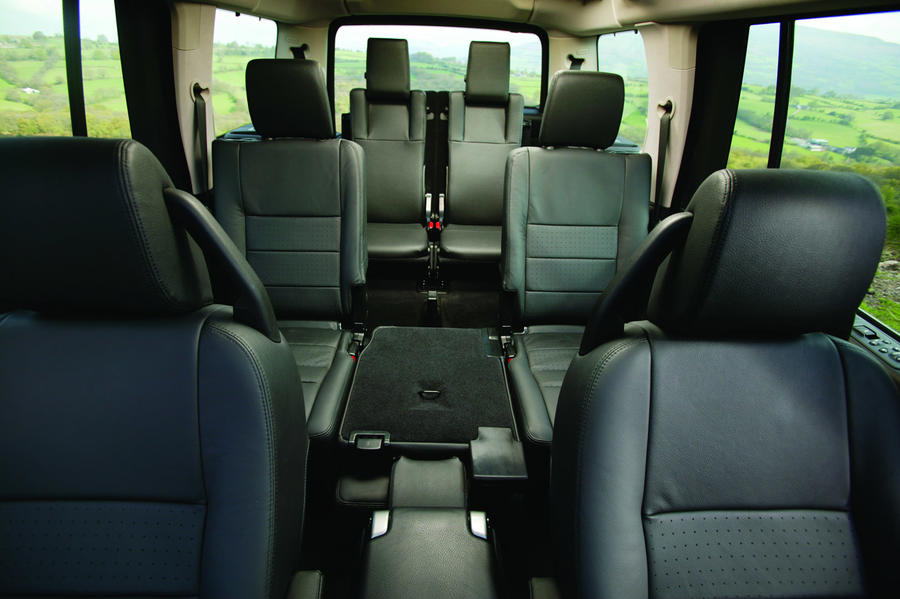 ■ Engine: Check previous owners have adhered to the 15,000-mile service schedule and the timing belts have been replaced at 105,000 miles or every seven years. Flywheels and clutches were fragile when new so most will have been replaced by now, but the TDV6’s two EGR valves are a ticking time bomb, so budget for replacements if they haven’t been swapped out.

■ Electrics: An otherwise clean Disco can hide a multitude of electrical sins. A good-quality battery gets things off to a good start, but check all doors (including both parts of the tailgate) lock and unlock as specified, because latch mechanisms fail. Water getting into the wiring loom and ECU failures are more severe, but typical weak spots are the air-con compressor, the infotainment system and the crankshaft positioning sensor. 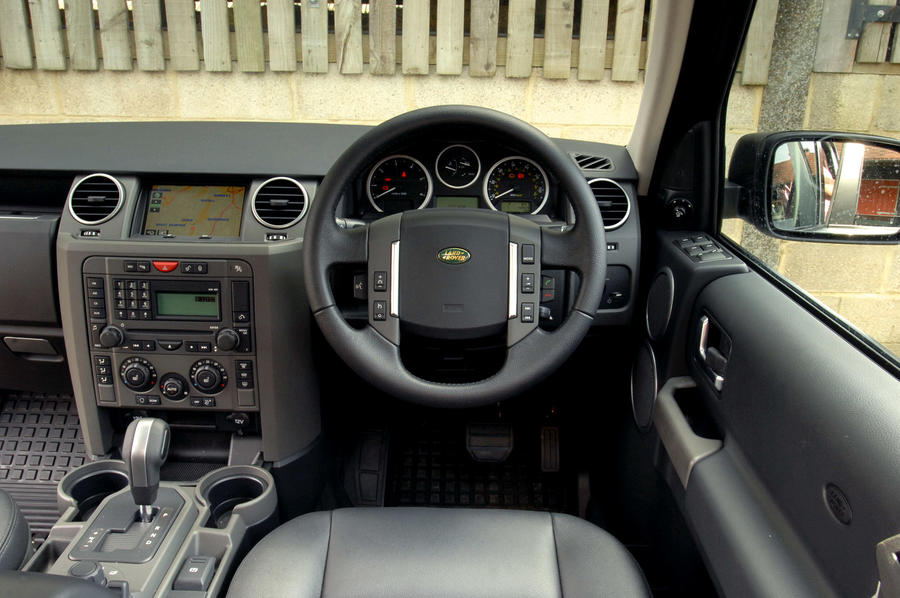 ■ Gearbox: Any clutch slip in a manual car will confuse the ‘XYZ’ gear sensor, leading to failure of the parking sensors, gear indicator display and reverse lights. Juddering auto ’boxes can often be cured with a comprehensive fluid flush, but you should also check that a tired heat exchanger isn’t letting coolant into the transmission itself.

■ Brakes: Check the parking brake: dirt and grime build up in the drum and can cause it to lock on. There is a manual release cable in the centre console, but a proper fix means the actuator has to come out. Braking performance can be adversely affected by oil in the servo, so pump the pedal on your test drive.

■ Suspension: A yellow warning light showing a car with an arrow pointing down is a sign of trouble in the air suspension system, often accompanied by a message telling you that ride height selection is unavailable. Compressor pumps, height sensors, valves and reservoirs are available but don’t come cheap. If none of these, an air shock has probably split and the whole unit will need replacing.

Firms such as JGS4X4, Celtic Tuning and Alive Tuning offer ECU remap packages for the TDV6, claiming about a 20% boost in power and torque, as well as efficiency gains. Be wary of undeclared modifications and let your insurer know of aftermarket upgrades.

£8000 and above: Run-outs with the updated front end and colour-coded trim. 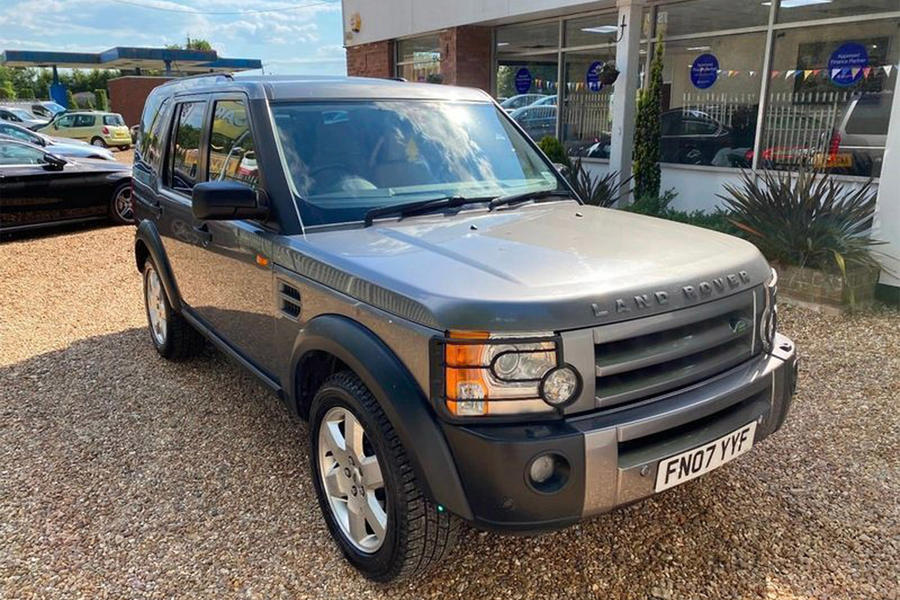 Land Rover Discovery TDV6 HSE, 2007/07-reg, 148,000 miles, £5990: With heated, ventilated leather seats, 19in alloys and panoramic sunroof, this is a lot of car for £6k. Given the mileage, we’d check how recently the cambelt was changed and that the suspension and gearbox are still fighting fit.

Could have been summarised in less words

You'd have to be mad to buy one.

Even the heavily biased Autocar is brutal about them, so just don't buy one folks.

It may be a money pit but

It may be a money pit but just think of all the admiring glances from Disco 5 owners as they drive past...

It may be a money pit but just think of all the admiring glances from Disco 5 owners as they drive past...

Yes this shape discovery is

Yes this shape discovery is far superior to the latest which looks too Range Rover from the front and downright odd at the rear.
HiPo 289 29 June 2020

Save your money for a Rivian

It seems increasingly likely that a revolution is going to occur in SUVs and off-roaders, as products like the 4-motor Rivian come on-stream next year.

The wise buyer would probably avoid throwing money away on old diesel SUVs in the short term, unless they are classics like Defenders, because the bottom could fall out of the entire ICE SUV market within 2-5 years.

They just won't be cool anymore, and unlike Defenders or old FJ Land-Cruisers, they can't be easily converted to EVs.