BACK TO ALL NEWS
Currently reading: James Ruppert: Jaguars are the top cats of the used market
UP NEXT
New 2021 Mercedes-Benz EQB revealed

James Ruppert: Jaguars are the top cats of the used market

You'll be rewarded for taking in a stray, like a five-year-old XE for £10k, or a 2003 XJ for half that
Share
Open gallery
Close
Share story

It does seem as though there’s an expiry date on getting yourself a Jaguar without one of those electric engines. Of course, the wonderful thing about the used car market is that even obsolete models remain available almost indefinitely, or at least until a mystery ECU problem knocks it on the head. So before they ban everything that can’t be plugged in, revel in the wonderful V8-ness and straight-six-ness of their range.

Saloons have been what Jag is all about ever since it was founded as SS in the 1930s – a Bond Street Bentley. All the flash for not so much cash. That’s even more the case on the used market. Let’s get an XJ. You don’t have to pay too much: just £5000 will get you a 2003 3.0 V6 SE from a dealer. Indeed, the one I found had a full history and a warranty backed by an 82-point check and seemed to have been cherished by its last owner. That’s the way to buy one of these, and at least you can take it back if there’s an issue. It’s certainly more beautiful than any posh limo on sale today.

Something smaller and cheaper ought to be an X-Type, but I really struggle with those and wouldn’t want you to get lumbered with one. The S-Type is fine, though, and looks the classic, sort-of-Mk2 Jaguar part. You can get really rather tidy ones for around £3000 with full histories and either the diesel or petrol V6 engine. 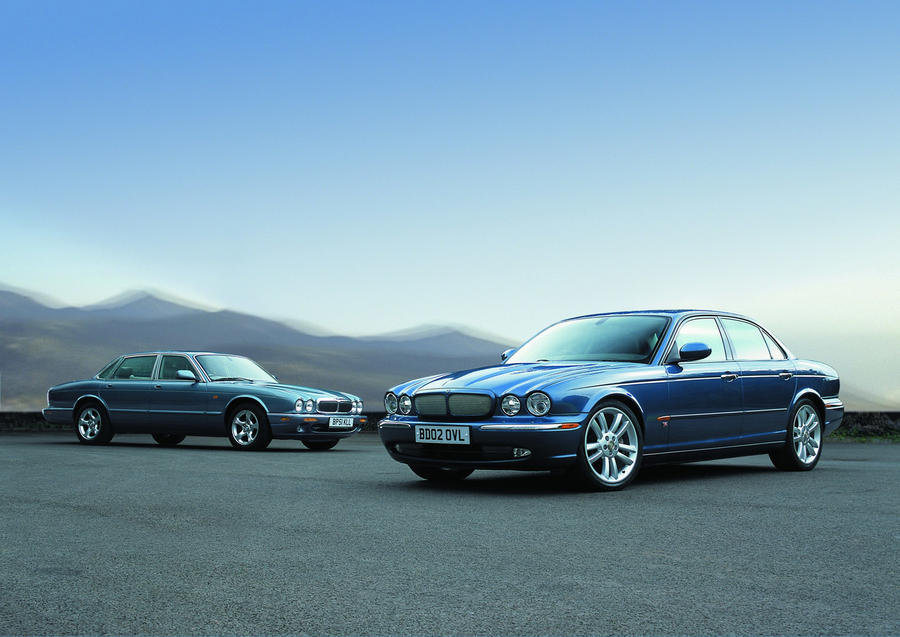 For proper fun and possible future residual solidity and certainly desirability, then it has to be an R. At this point, I would probably go for a private seller with proof that they have cared for their cat. Well, a 12-year affair with a 2006 4.2-litre V8 shows sufficient commitment, and this one had just 70,000 miles and all the necessary paperwork to prove that, over a three-owner life, it had been properly cared for and justified the £6995 asking price.

Is an S-Type too ‘old bloke’ for you? Rather more 21st century, and what was apparently the answer to those pesky Audi A4 and BMW 3 Series Germans, is the XE. It has underperformed but never been bad-looking and has always done what Jags have done best: depreciate and look like sensational value compared with everything else.

Oh dear me, no GTs, convertibles or two-door fun. Jaguars were once sports cars, too; I had better cover those in the coming weeks. 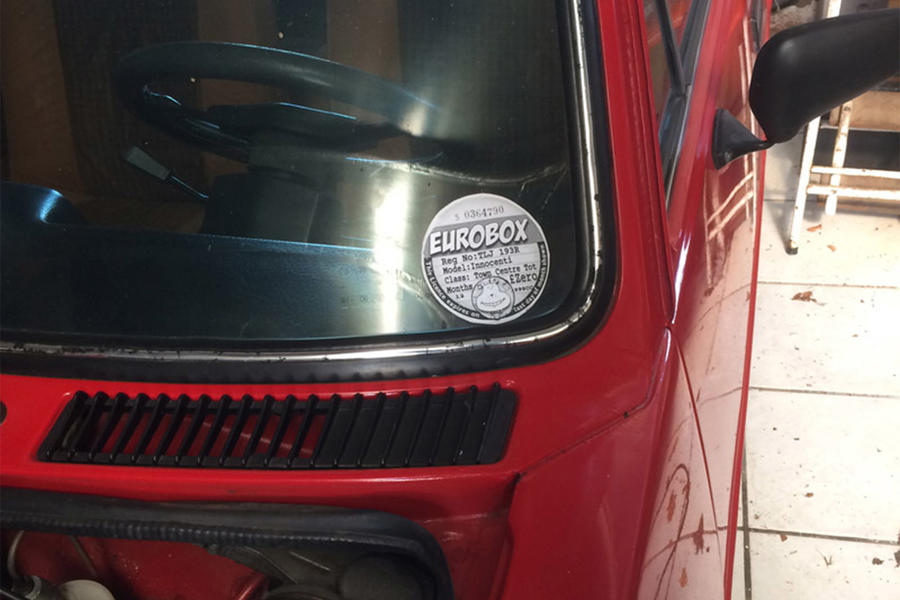 Innocenti Mini, mileage - 7706: It was a taxing time the other day when not one, not two but three of my fleet came up for renewal. Time to raid the bank account, then. Well, when it came to the Flying Pig, 12 months’ permission to be on the Queen’s highway required a whopping 330 earth pounds. I got my blood pressure down by taking, and I quote, “responsibility to make sure the vehicle is taxed, even if you don’t pay a fee for the vehicle tax”. That was the situation with the adorable Mini cars, the Italian Job and Cooper, which cost nowt, due to their historical status and quite possibly their cuteness. Meanwhile, the Lorry has another four years to run before we’re home free. 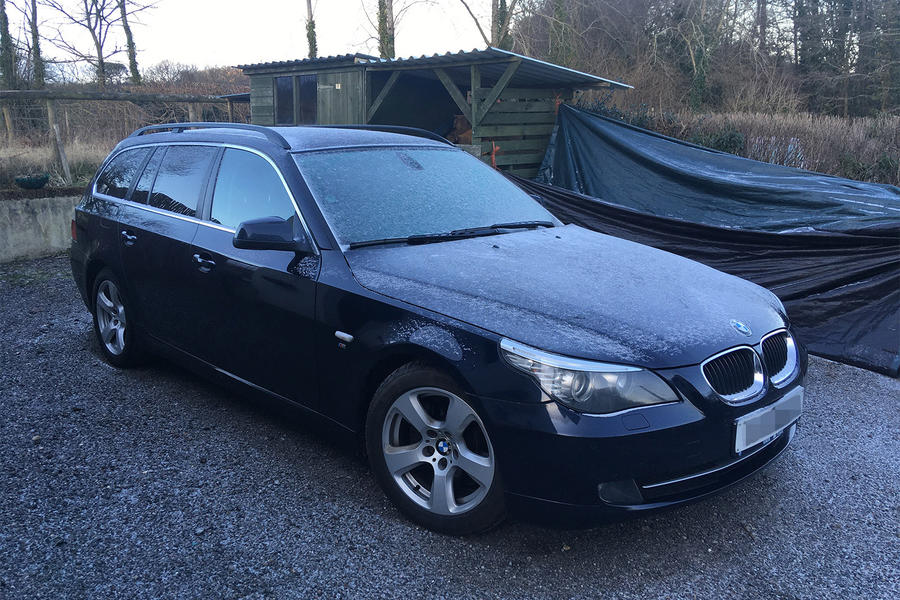 BMW 520d Touring: Many thanks to Michael for sharing his motoring life with us: “Covering 20,000 business miles per year travelling long journeys around the UK, I thought I had it sorted. With my high-days-and-holidays BMW Z3 owned for nine years and in the garage, I enjoyed my 2004 Mercedes-Benz C220d with 220k-plus miles on the clock until I replaced it with my 2010 full-service-history BMW 520d Touring showing 170,000 miles.

“It was bought with a leaky turbo pipe and a few other small problems, now sorted for just £2500. I feel like a king travelling down the road in absolute comfort and with enough space for my dogs and speed to spare with good economy. Living in rural Dorset with everything 20 miles distant, how could I do better by going electric, even if I wanted to and had £50,000-plus to spare?” 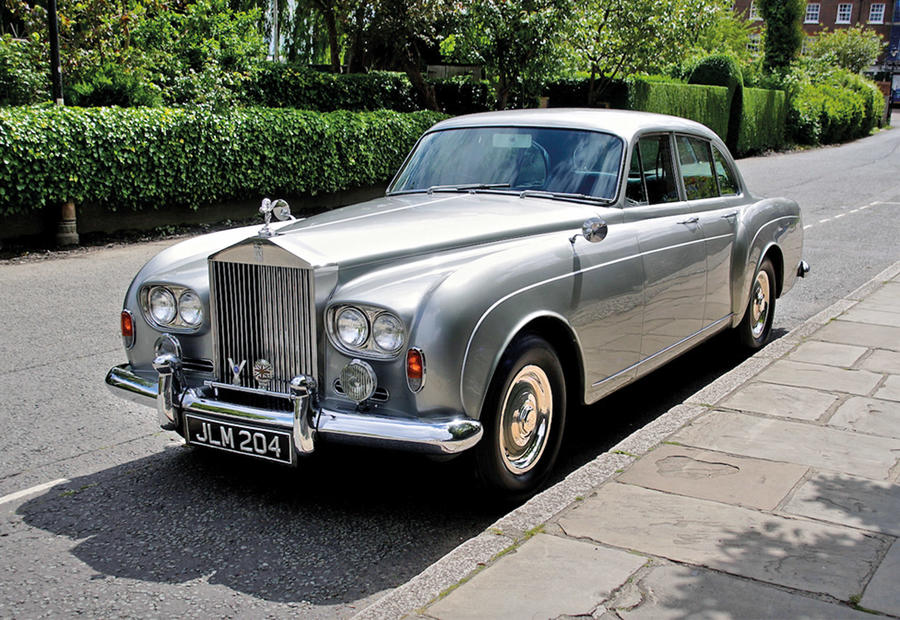 Question: I have a 1963 Rolls-Royce Silver Cloud in need of some post-lockdown recommissioning. Should I seek a specialist? Eric Tindall, Melton Mowbray

Answer: It’s worth giving your local garage a call. If they’re comfortable working on such a rare and irreplaceable car, they will make swift work of changing the oil, coolant, brake shoes and other consumables. But I’ve had a quick look around and your best option appears to be Paul Mackley Engineering in Carlton, near Nottingham, about 20 miles from you. If you look at their website, they seem to have a lot of experience with 1960s Rolls-Royces like yours so are better placed to spot any potential problems unique to your car. FP

Question: I’m a doctor in need of an economical, comfortable and reliable automatic for my city call-outs. What are my options for £18,000? Joshua De Soyza, Solihull

Answer: You could pick up a recently decommissioned ambulance for less than £5000, but I guess you would like something subtler for the weekends. A 2018 Mini Countryman S E All4 ticks all your boxes at just £14,980 and has a 20-mile-plus EV range. I also found a slightly newer Mercedes-Benz A-Class with a 1.5 diesel engine: comfy, well-equipped and capable of nearly 70mpg at a cruise. FP

Log in or register to post comments
Nonstop 24 March 2021
If the doctor works for the NHS they should contact nhsfleet.co.uk.
With the current BIK rate on electric cars, most of them work out at less than the running costs of a car you own (even ignoring depreciation).
jag150 24 March 2021
I loved my X350 diesel. Last proper Jaguar, unlike the awful Lexus looking thing that followed it and the ridiculous names they now give their models.
WallMeerkat 23 March 2021
> economical, comfortable and reliable automatic

> economical, comfortable and reliable automatic So you recommend MINI (which are fun to drive but not comfortable nor particularly reliable) or A class (basically a fancy Megane) I've never owned one but I'd likely be looking at the likes of Lexus for this scenario

Totally agree. Awful recommendations above. Both those cars are dogs.