BACK TO ALL NEWS
Currently reading: Buy them before we do: second-hand picks for 9 April
UP NEXT
Polestar prioritises sporting character for new 3 SUV

Buy them before we do: second-hand picks for 9 April

With the prospect of Jaguar becoming an electric-only brand from 2025, the big supercharged V8 engine under the bonnet of the F-Type is suddenly even more attractive.

It produces 543bhp and a thumping 502lb ft, sufficient to launch the car from 0-62mph in 4.0sec. The F-Type R might be one down the pecking order from the pants-on-fire SVR but is arguably the better choice when shopping second hand. Cheaper, too.

Our example is a 2014-reg car with 57,000 miles and a full Jaguar service history. It looks fabulous in Stratus Grey metallic paint with, inside, black and ivory two-tone leather sports seats. Features include four-wheel drive, 20in alloys, an electronic active differential and LED headlights. It also has Jaguar’s adaptive dynamics system that controls vertical body movement, roll and pitch. When new, it cost £90,000, making its £35,500 sticker price today rather appealing. 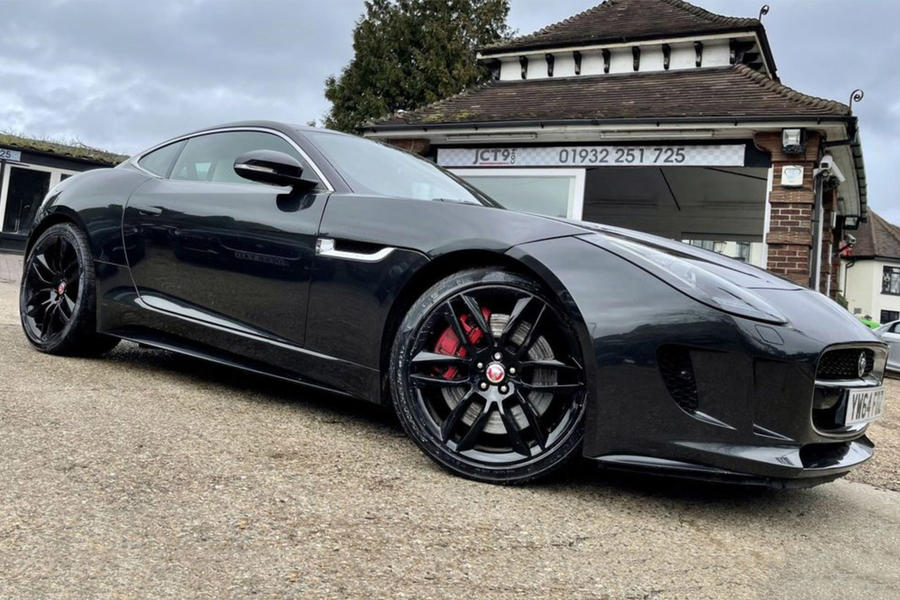 Were we to put our money where our keyboard is, we’d want to check all recall work had been done. In fact, we have, courtesy of the online recall check service, and praise be, none are outstanding. Using the MOT check service, we can see it failed its first test for a damaged tyre but flew through all subsequent ones.

The car has barely turned a wheel since the last MOT, in November, so it has either been sitting on the previous owner’s driveway gathering dust and algae or on the dealer’s forecourt. Whatever the story, that screen price looks ripe for some determined haggling. But before we got to that point, we’d also want to check the cam chains aren’t noisy, the differential isn’t leaking oil and the rear subframe isn’t corroding. Then we’d take it for a spin and try not to grin – too much. 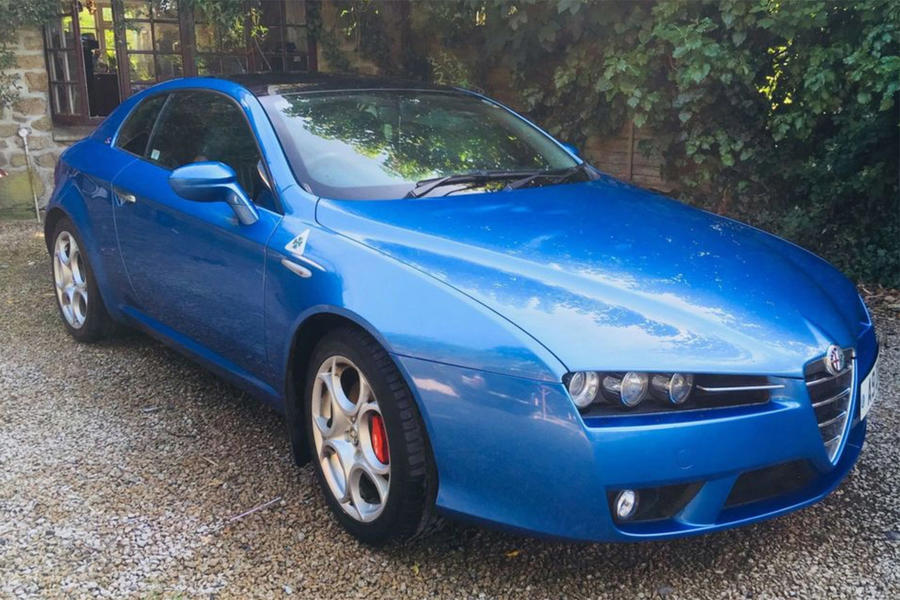 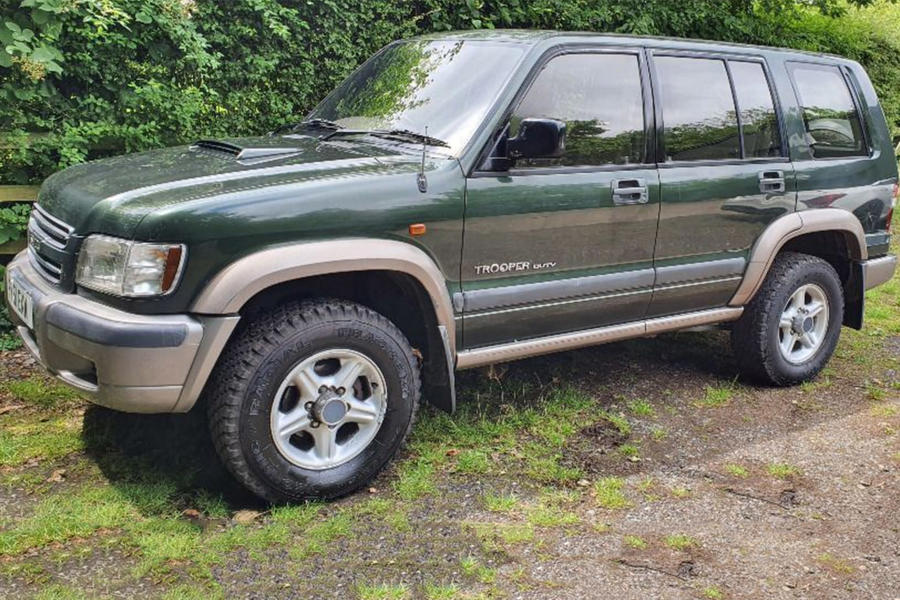 Isuzu Trooper 3.0 TD Duty £1960: This and the Mitsubishi Shogun once traded blows for top honours among heavyweight Japanese 4x4s. Each had its admirers, but the Isuzu was less showy and more honest. A hard worker, too, as this 2001-reg with no fewer than 180,000 miles testifies. 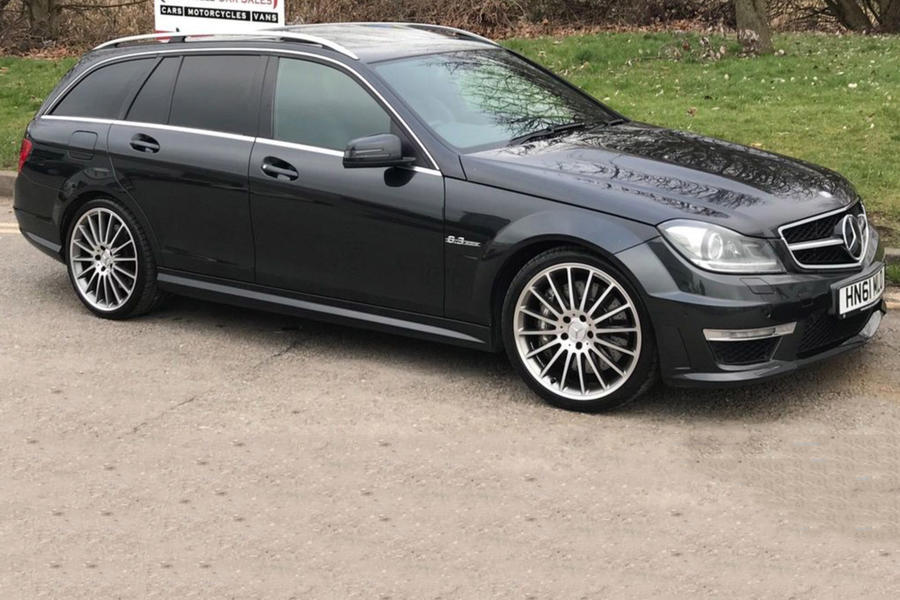 Mercedes-Benz C63 AMG Estate £20,975: Only three former keepers and a full Mercedes service history. It’s why this 2011-reg C63 with 72,000 miles under the wheels costs north of £20,000. It’s not the cheapest comparable example around but, from the photos, this one just looks right. 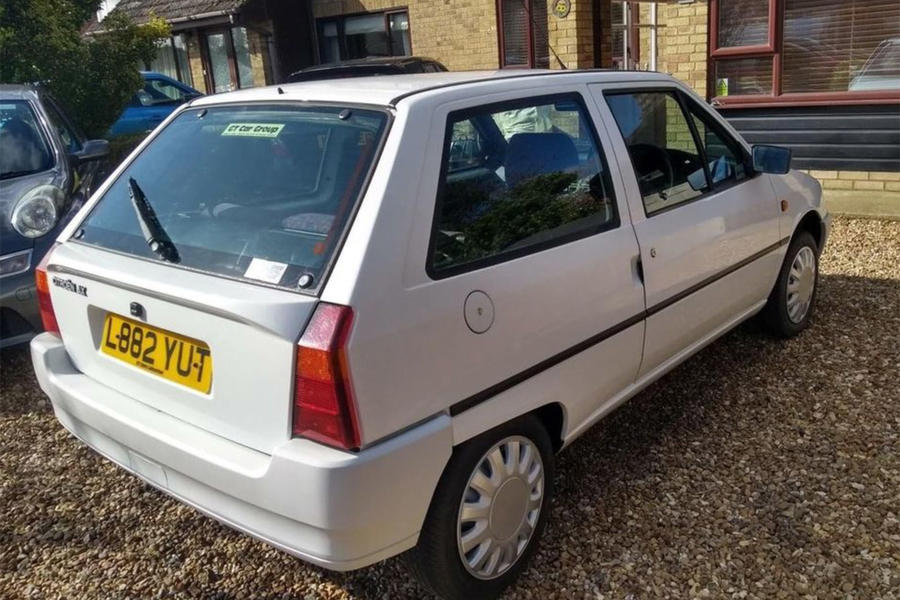 Citroën AX 1.0 Jive 3dr £999: This little AX has had just two owners in its 28 years and, incredibly, done only 35,000 miles. It has been wax undersealed and has new brake hoses and a new exhaust, in addition to its full service history. A future classic and one for the summer car shows. 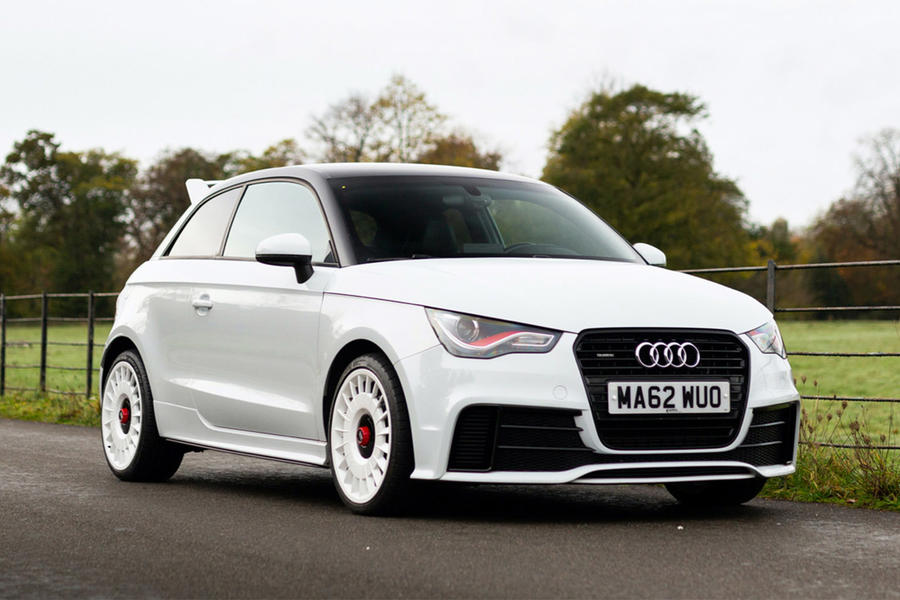 Audi A1 Quattro: The A1 quattro was an ultra-limited model launched in 2012. Just 19 examples of the 252bhp four-wheel-drive hot hatch came here, costing £41,000 – a price that made the 355bhp Mercedes-AMG 45, which was £38,000 when it arrived a year later, look a bargain. All A1 quattros were finished in white with gloss black roofs. One came up for auction recently. It had 38,000 miles on the clock, a relatively high figure for something so rare; three previous keepers in the logbook; and a good service history, although not exclusively from Audi. So, not perfect but good enough. Good enough to be worth £33,500? Someone thought so… 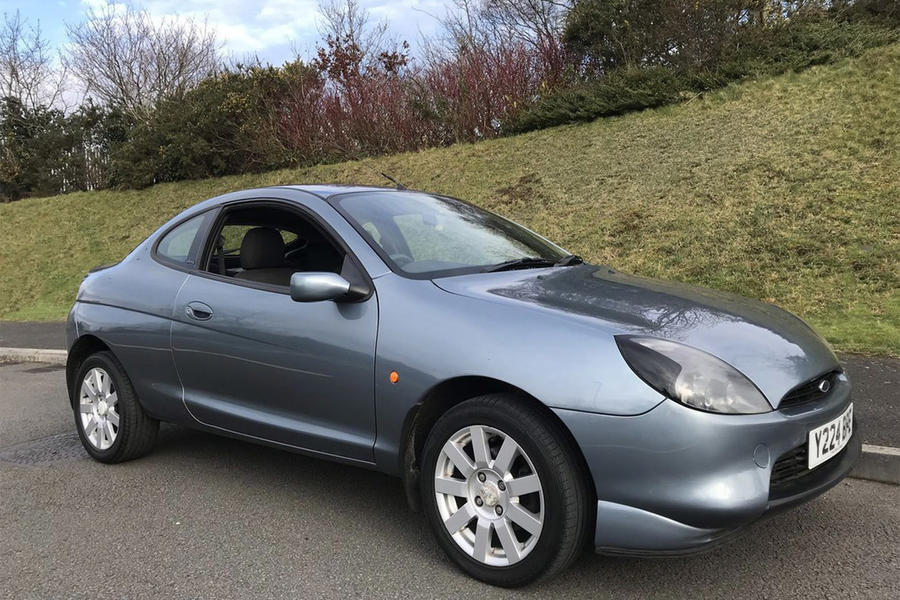 Ford Puma 1.6 Zetec £2395: Today’s Puma is a compact crossover, but 1997’s Puma was a rather good coupé that was advertised as a ‘driver’s dream’. There was a choice of four engines, but easily the most popular was the 1.7-litre 16-valve unit. Still, today, condition matters more than engine, which is why our attention was drawn to this rare 1.6 Zetec. A one-owner, 2001-reg car, it has done 77,000 miles and has a full service history. At least from the photos, it appears to be immaculate. A bargain classic if ever there was one. 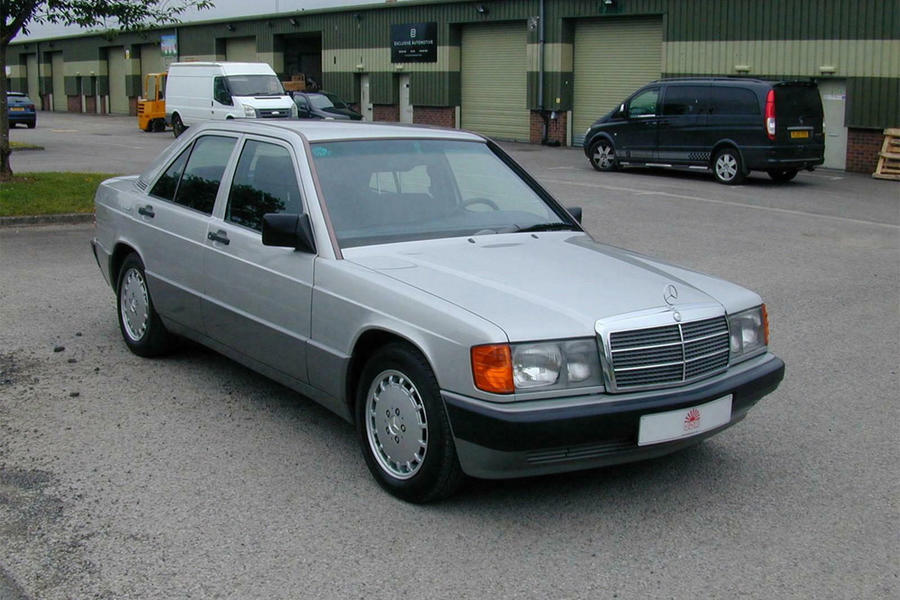 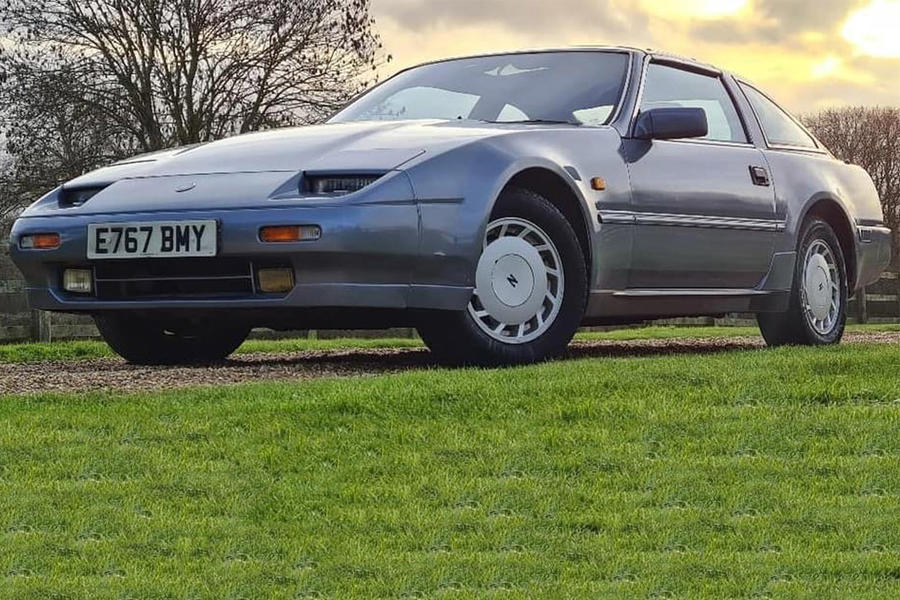 Felix Page: No Time to Die? More like no time to waste! This delightful old ’bahn botherer is fresh off the set of the long-awaited 25th Bond film, and looks like it has had a proper spruce-up in Q’s lair. Or, more likely, it’s in remarkable condition as it’s been used on the salt-free roads of Japan for most of its life. Seriously tempting.

Max Adams: You mean that movie that’s still in the can? Well, my very tidy 1998 Nissan 300ZX was in the last episode of the 2015 drama The Interceptor. A crap series but a nice car, and it’s hard to find one that hasn’t been modified and with so few miles.

FP: Presumably it hasn’t been driven much because the owner kept being mobbed by Interceptor fans everywhere they went… Or because it’s an automatic and can’t get out of its own way.

MA: Just alter the camera settings and it will look like it’s doing the ton! Movie tricks.

FP: If only the seller had altered the camera settings to make it look less awkward. My perfectly proportioned Mercedes needs no claim to fame: it commands respect anyway.

MA: Just as well, because it has no claim to fame: nobody has seen No Time to Die yet!

Log in or register to post comments
si73 9 April 2021
Going back to the Alfa, and timing chains. I always though timing chains were meant to last the life of the car/engine, if they need replacement after a certain amount of time/mileage, what is their benefit over a belt?
si73 9 April 2021
1988 according to the plate, I didn't spot the typo, I had to re read it to notice, I'd definitely take the nissan, whilst I like the 190s I haven't seen an old 300 in years so it's far more interesting to me.

That AX looks appealing as well, so light and flimsy but great fun to drive iirc, it's been years since I drove one.

That Alfa's timing chain service is quite a frightening cost, I wonder how many people actually research these sort of costs before buying, reminds me of the scary, but less so compared with the Alfa, ZT/75 V6 cambelt service, as that was around a grand and needed the engine lifting from its mounts and front subframe removal iirc