BACK TO ALL NEWS
Currently reading: James Ruppert: Oil burners still have a place in the used market
UP NEXT
The next Hamilton? Autocar meets F1 prodigy George Russell

James Ruppert: Oil burners still have a place in the used market

They may be out of fashion, but a diesel barge is still your best bet for chomping up miles - and second-hand bargains abound
Share
Open gallery
Close
Share story

Someone has to do it, so let’s celebrate the great big diesel engine and the vehicle it is attached to. Huge oil-burners deliver effortless torque, the ability to tow a small hamlet with ease and potentially many thousands of miles at half-decent economy. Emissions aside, the downside can be that the highly stressed engine could give you some very expensive ECU and injector-based grief. When they work, though, they can do a very big job indeed.

It would be easy to just fill this page with pug-ugly 4x4s and Bentley Bentaygas but there are svelte and almost sexy Audi A8s to consider. Admittedly, a 2010 car is getting old for some people, but it’s brand spanking new for me, and an A8 4.2 TDI SE Tiptronic quattro with just 76,000 miles is worth a go. It has a full dealer history and, according to the paperwork, a massive £22k worth of options, including night vision. The cost? It’s £13,989, which is not cheap but not really that expensive when you look at all the tech on offer.

There are diesel estates, of course, and shopping outside of the obvious candidates throws up a 2005 Saab 9-5 with a V6 TiD in Linear spec for £1295. It does have just under 160k miles. There’s quite a detailed service history and it’s for sale at a dealer (as a part-exchange), so if there is a problem, at least there will be a warranty. There’s bags of room inside, the 9-5 still looks the part and it’s not much to pay for a big diesel. 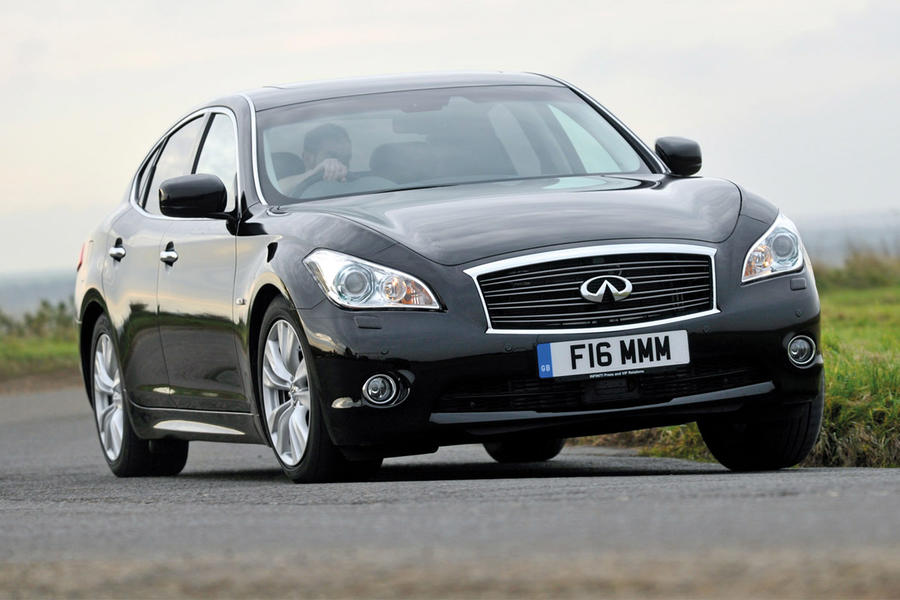 There’s tempting big saloon action with an oil-burning Infiniti. These posh Nissans really are getting better value by the day and a 2012 M saloon with a 3.0 TD V6 in S Premium trim and just over 60k miles is all yours for £8995. There are plenty of SUV-like Infiniti FXs around, but I think that these saloons are rarer and better value.

When it comes to putting a hard day’s work into some towing or other proper grafting, then it is worth travelling back in time to find a short-wheelbase three-door Isuzu Trooper with a 3.0 V6 diesel. Indeed, I’ve just come across a 2002 example that has been owned by the same person since 2004 and that may explain the fairly modest 112k mileage. We know they will go to the moon and back, too, and all this is just £1800. There was an insurance Category C advisory, which was traced to a 2017 minor cosmetic incident that the owner repaired themselves, so that’s not a biggie, in theory.

There you have it, then: thumpingly efficient diesels that don’t have to be flaky Range Rovers. Essentially, don’t be frightened of them, but possibly avoid some of the more complicated ones, depending on your budget. The future may not be oil-coloured any more, unless you happen to be clever. 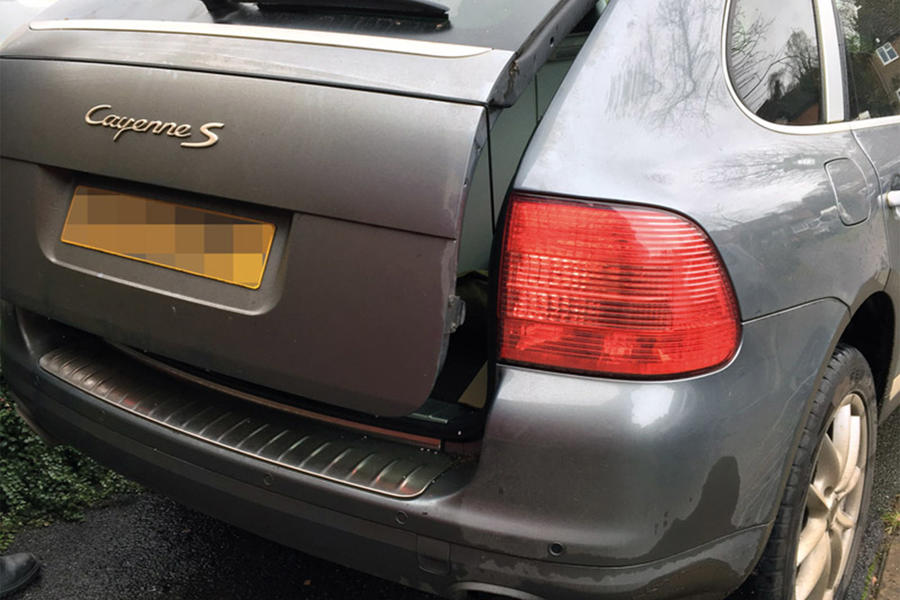 Porsche Cayenne, mileage - 109,227: Just in case you wondered, it is possible to get a German fridge-freezer (Bosch) inside the Flying Pig. Just recently, the old V8 has been doing a fair impression of a working van. I think it is worth pointing out sometimes that apparently ridiculous, V8 gargantuan SUV things can do the everyday. Topping up with extra four-star is a downside, but on the whole I can recommend this as a removals van.

Meanwhile, an electric garage door I am responsible for is under investigation, because it takes about half an hour to go up in stuttering stages. It may just need a service or be on its way out despite being only 12 years old. 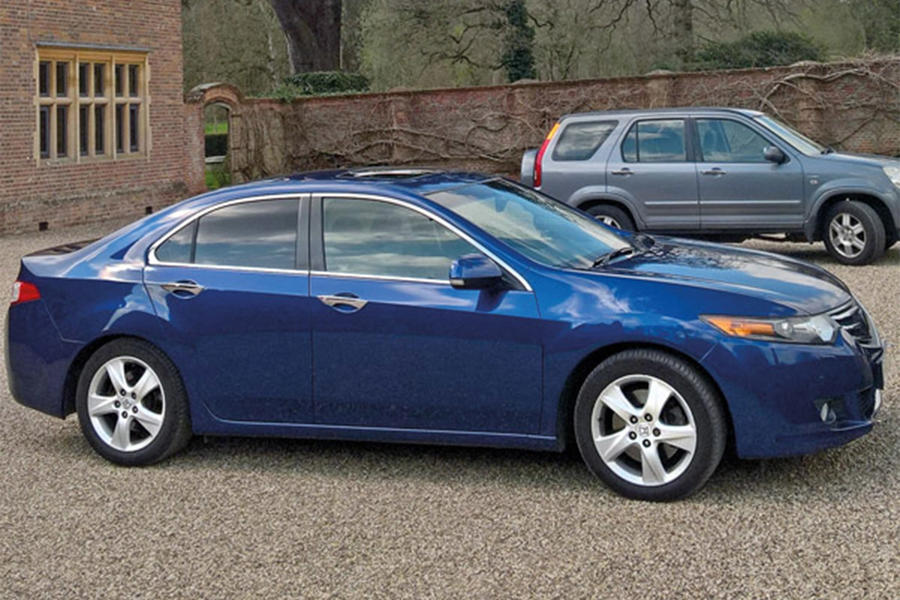 Honda Accord: We’ve seen Nick’s car before, but here’s proof that it’s still going strong. “It’s a 2008 Honda Accord 2.4 EX automatic,” says Nick. “I’ve now owned it for seven years and it is quite likely that I will keep it for at least another 10 years. It has covered nearly 100,000 miles and has been fairly economical, returning 33mpg around town and up to 45mpg on long runs.

“Although it is pretty anonymous, it is at least smooth, reliable and, when I use kickdown, very fast, but with fantastic brakes when needed. There’s a ton of equipment, including a reversing camera, sat-nav, parking sensors, sunroof, radar cruise control, folding mirrors… the list goes on. Overall, the Accord is a very underrated car.” 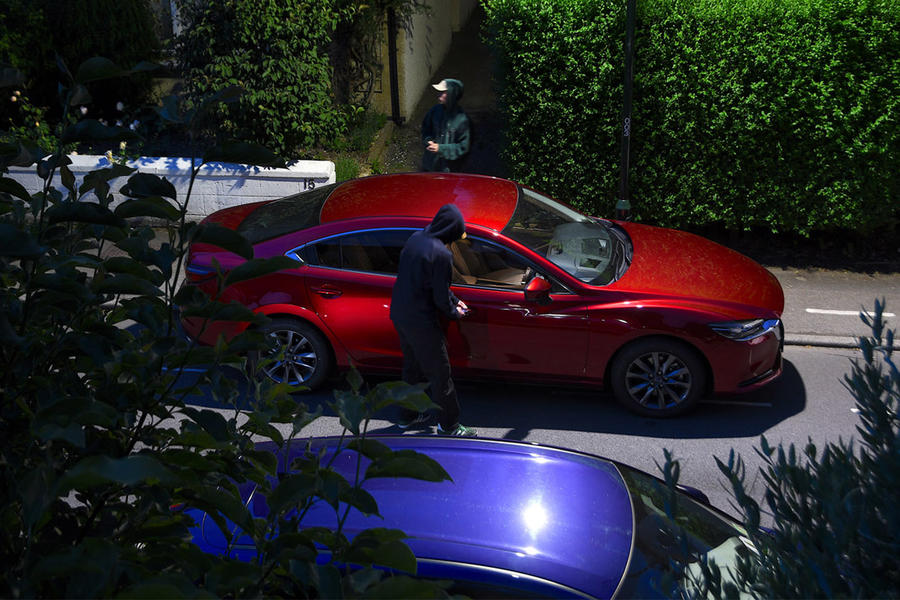 Question: I own an older car that I have to keep outside. How can I deter any would-be thieves? Patrick Masters, via email

Answer: In terms of deterrents, parking under a street light or within view of a CCTV camera makes your car an unattractive proposition to ne’er-do-wells. A good old-fashioned steering clamp also serves to discourage theft because removing it can delay a swift getaway, and fitting an aftermarket immobiliser switch to the battery cable is a cheap, quick and effective addition. Consider taking the ignition coil lead off overnight, as well. The basic aim is to make stealing your car so inconvenient and time-consuming that it’s simply not worth the risk. FP 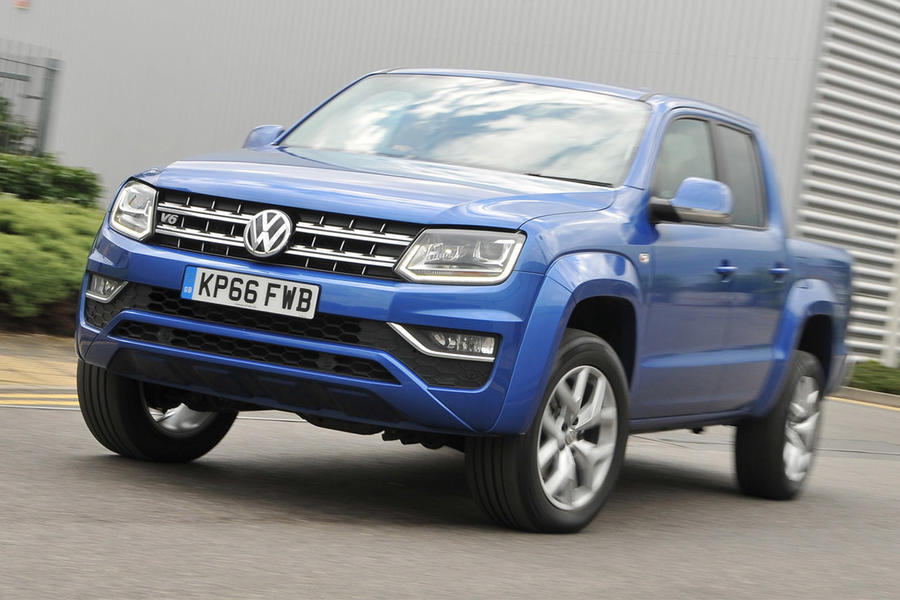 Question: My partner and I are downsizing the fleet. We need something that can serve as both a builder’s wagon and a comfortable weekend runaround for about £15,000. Thoughts? Tara Hodges, Bristol

Answer: The posh pick-ups of today are far plusher and more refined than their forebears, so opting for one needn’t mean compromising on comfort. The Volkswagen Amarok, for example, packs all the niceties of a Passat and can be picked up in top-rung Highline guise for about £12,000. The rugged but nicely appointed Ford Ranger is an attractive proposition, too. How about a leather-upholstered, 3.2-litre diesel 2016 Ranger for £14,995? Or opt for the 2.2-litre engine for better efficiency. FP

I thought the Isuzu Trooper had a 4 cylinder diesel. It had a V6 petrol though. I'd be nervous buying a big old diesel these days. A ten year old model will likely have most of the emissions systems of a new diesel, save perhaps urea injection and you're getting to the time when things will start to go wrong and could do so expensively, wiping out any fuel savings. Then again if the price is right...

si73 12 January 2021
Taking the ignition coil lead off won't deter anyone as by the time they have found out it's missing they'll most likely have already done a fair bit of damage breaking in, visual deterrents like the steering wheel lock or gear locks are better I reckon, but even they're quick to remove, unfortunately I don't think there's much to deter a determined thief who really wants your car but a casual scumbag may be deterred by locks and immobilisers.