BACK TO ALL NEWS
Currently reading: Buy them before we do: second-hand picks for 26 February
UP NEXT
Lamborghini Sterrato off-road supercar spotted testing

Buy them before we do: second-hand picks for 26 February

It was the hottest of hot hatches when it arrived in 2013, and the Mercedes A Class AMG still has fire as a used example
Open gallery
Close

Doubtless the seller will point to the car’s full Mercedes-Benz service history. That deserves a big tick, but we’d go through the invoices, checking all majors and minors have been done, the air con has been regassed and the brake fluid and coolant have been changed. The seller is bound to indicate, too, the car’s AMG sports exhaust, two-owner history and, from the pictures, unblemished condition. The mileage is apparently largely motorway as well. All reasons for the seller to dig their heels in, but the fact is that very soon this A45 will crack 100k miles and we all know what, rightly or wrongly, that does for a car’s appeal, even one as exotic as this.

What’s more, there are a few gremlins in the A45’s wood shed to be mindful of, such as weak turbos on early cars like this one, as well as occasionally troublesome DCT gearboxes (some were repaired under warranty). The model is heavy on discs and pads, too. A test drive will reveal all, but the fact that the seller has at some stage sauced up the car with smoked lenses, a carbonfibre rear diffuser and a sportier grille suggests the turbo, ’box and brakes have seen some hard work from time to time. We’d want to check the body extras fit snugly, too. On the upside, the interior looks fabulous. 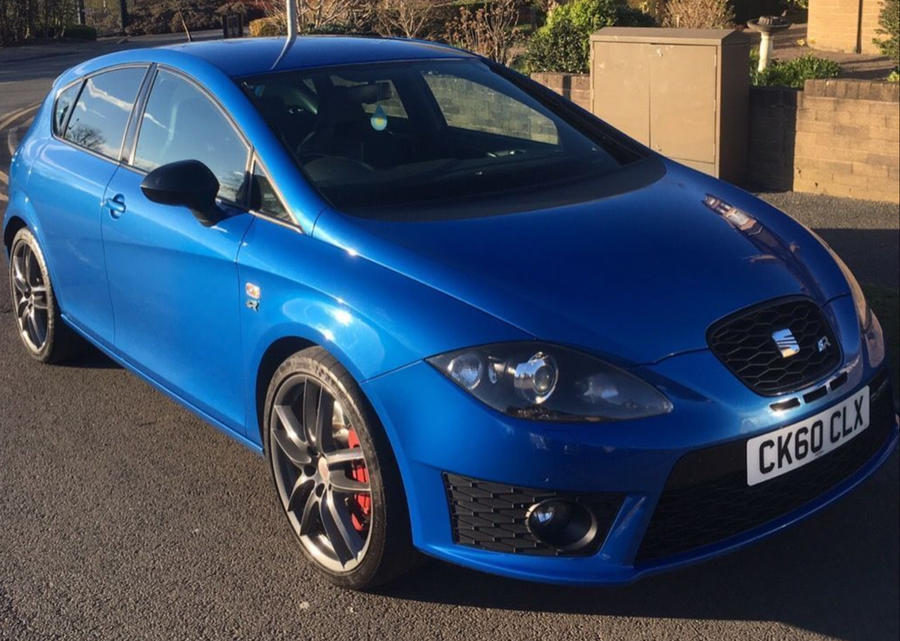 Seat Leon 2.0 TSI Cupra R 265, £9989: Time has been kind to the Cupra R, with criticisms of it not being as well resolved as a Golf GTI or as sharp as a Mégane giving way to praise for its performance and decent value. This private-sale 2010 car has 65,000 miles and a full Seat service history. 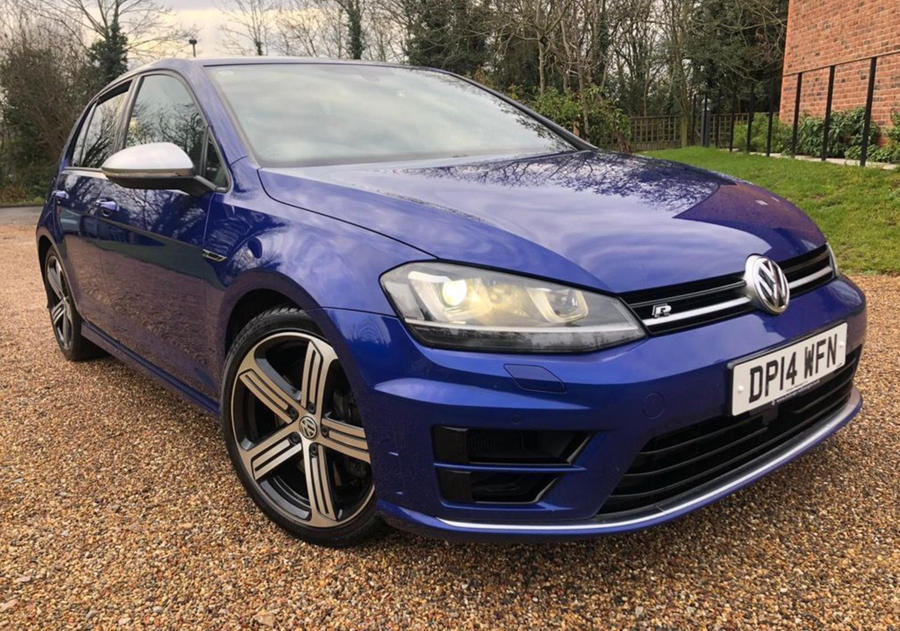 Volkswagen Golf R, £11,995: Four years younger and just £2000 more than the Seat… Perhaps we were a bit too kind on the Cupra, but then this Golf R has done 120,000 miles. On the other hand, Golfs can shrug off the miles with ease and this one has a full VW service history. 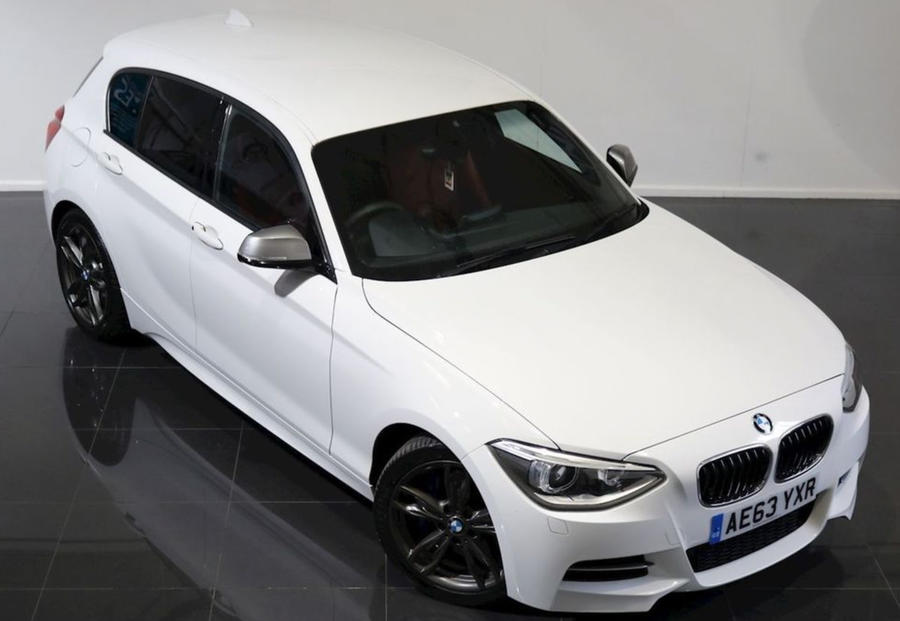 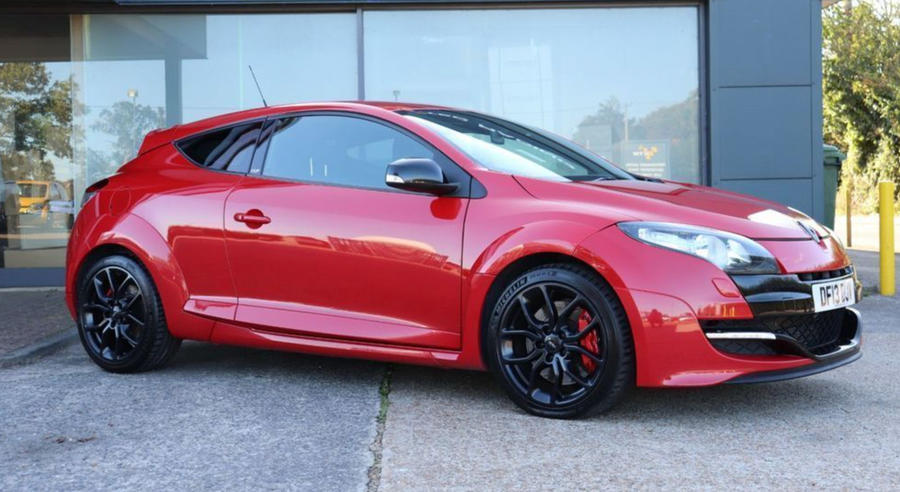 Renault Mégane RS 265 Cup, £12,495: Decisions, decisions… This 2013-reg Mégane is just so tempting. It’s the rare Cup version with stiffer springs and dampers and a mechanical limited-slip diff. Whisper it but this example has also had a remap with Milltek exhaust, taking it to 285bhp. 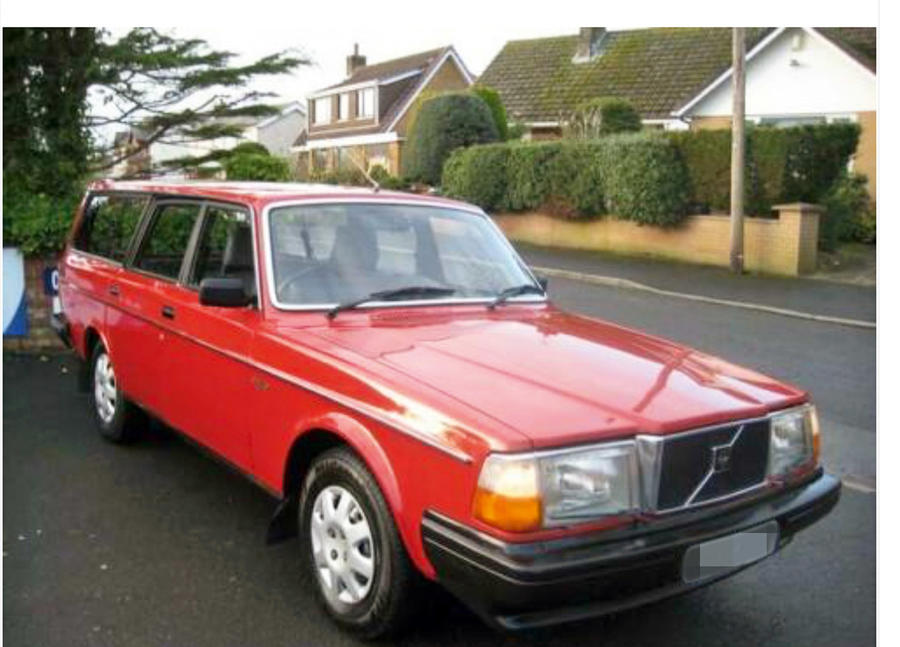 Volvo 240 DL Estate: It may be just two years shy of its 40th birthday and have almost 200,000 miles on the clock, but this classic, two-owner Ovlov wagon on sale for £3990 shows all the signs of having been cherished throughout its life. For example, there are 39 stamps in the service book and the seats have been protected by covers. Where do we sign? 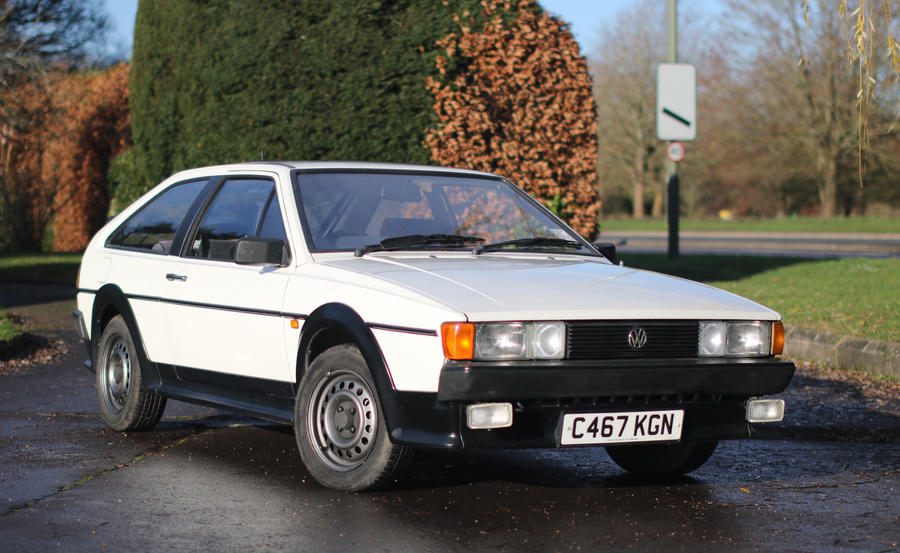 Volkswagen Scirocco 1.6 GT: Amazing to think the Scirocco Mk1, launched in 1976, beat the Golf GTI to showrooms by a few months. Our pick, though, is a much later example that was registered in 1986, by which time the Golf GTI Mk2 was on the scene. According to the auction blurb, this Mk2 Scirocco was in need of only a light refurb, and had three owners in the book and 92,000 miles on the clock when it went under the hammer. It made £2600 on Car & Classic, an online auction that’s impressive for the way every lot is exhaustively photographed and described. Bidding opened at a derisory £100 but, fortunately for the seller, someone knew its real value. 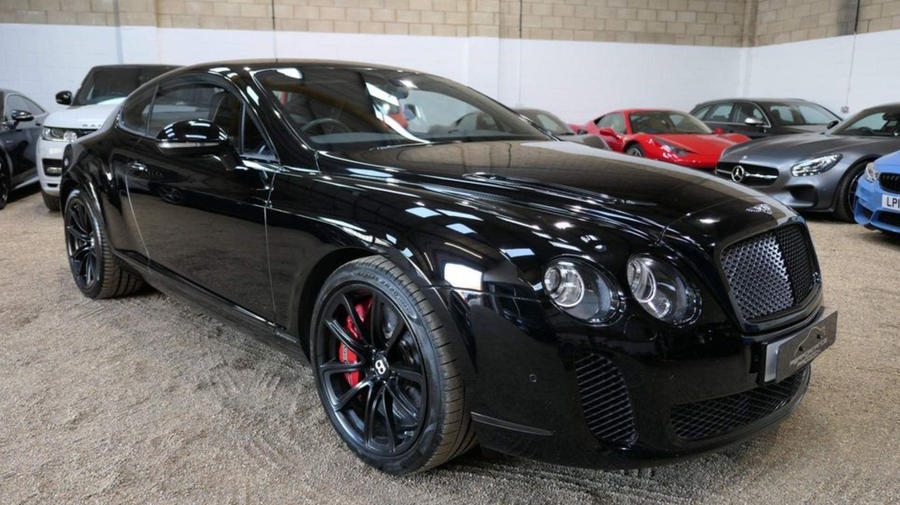 Bentley Continental 6.0 GT Supersports, £40,970: Any Bentley Continental GT has to be a shoo-in for future classic status, except that with so many to choose from, only the rarest and best are likely to command prices worthy of the marque. That’s why we’ve shunned your ‘standard’ Conti for something more special: the W12 Supersports of 2009-11. It’s 13% more powerful than the standard car (621bhp compared with 552bhp, making it, at the time, the fastest Bentley in the company’s history) and, thanks to the absence of rear seats, lighter too. Our find is a 2009-reg example with 44,000 miles. 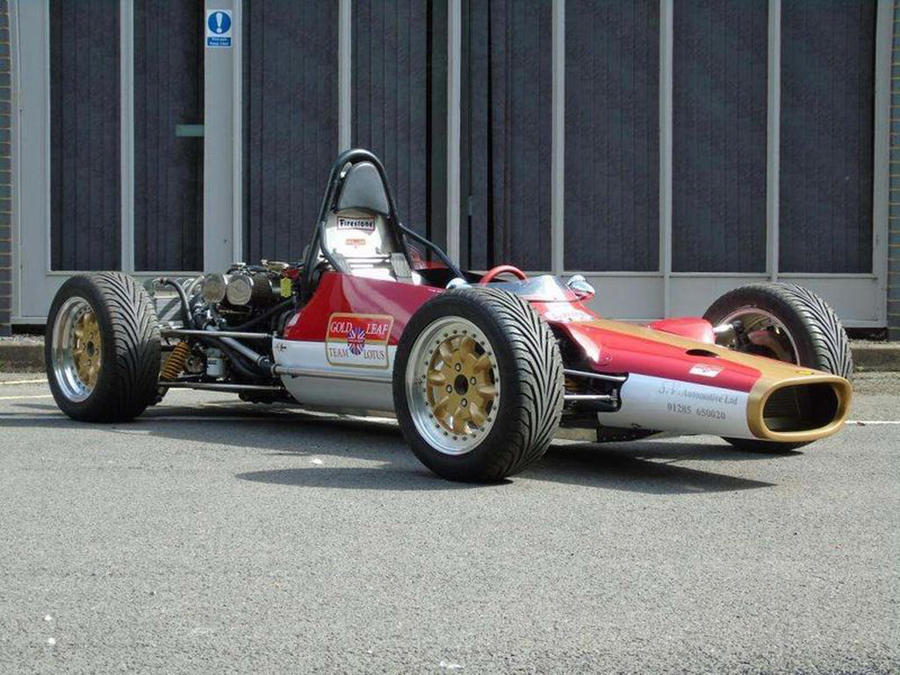 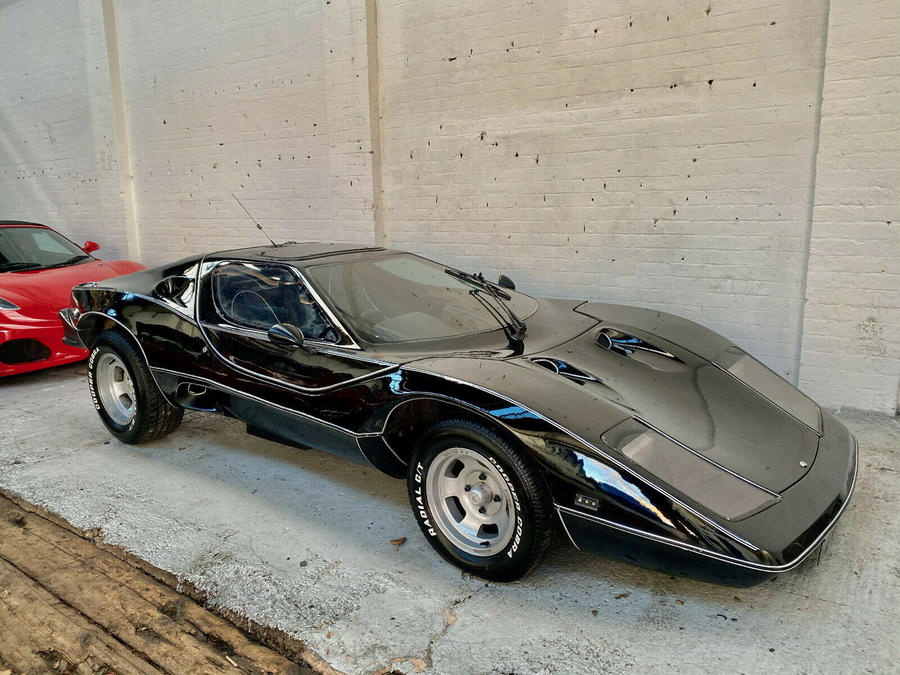 Max Adams: You want a wacky sports car: I give you one that’s illegal to use on public roads. This Lotus 49-aping Tiger Era Hss is a hugely entertaining single-seat racer with an authentic livery that really looks the part.

Felix Page: Strange, I don’t remember Jim Clark’s Formula 1 racer being powered by a 1.8-litre Fiesta engine. My choice is wacky enough to have Dastardly and Muttley chomping at the bit. Plus, the usual Beetle-derived motor has been swapped for a twin-carb Caterham unit.

MA: True, yours does look like something Stanley Kubrick would put on the big screen, but the underpinnings don’t have the motorsport pedigree of mine. Let’s not forget the original 49 had a Ford-derived engine, too. It’s just that this replica doesn’t need a pit crew to maintain it.

FP: Through the wonders of IVA certification, you don’t even need a pit lane for my Nova – but you’ll still draw a sizeable crowd at every fuel stop. And check out my Knight Rider-style digital dash!

MA: Good Lawd! Fingers, beware of being sliced open on all those rough edges.

FP: I’ll concede the interior (where’s yours?) could do with a touch-up, but that explains the low price.

Verdict: I’ll have the Nova, and take care not to roll it onto its glassfibre roof.