BACK TO ALL NEWS
Currently reading: Jim Clark: how Autocar remembered an F1 legend
UP NEXT
New 2026 Polestar 6 confirmed as 874bhp evolution of O2 concept

It is 50 years since the Scottish legend was killed in an accident. This is how Autocar paid tribute to a grand prix great
Open gallery
Close

Fifty years ago today (7 April) Jim Clark was killed in an accident during a Formula 2 race at Hockenheim in Germany. The Scotsman was just 32 when he died, but his incredible list of achievements, including two Formula 1 world championships, marked him out as an all-time great.

Born in Kilmany, Fife, Clark began competing in local road rally and hill climb events in 1956, but quickly rose through the ranks. His career really took off when he linked up with Lotus founder Colin Chapman, and in 1960 he made his F1 debut in the Dutch Grand Prix at Zandvoort.

He claimed his first F1 race win in the Belgian Grand Prix at the fearsome Spa-Francorchamps circuit in 1962, and the following year claimed the championship, winning seven of that season’s 10 races. He claimed another F1 crown in 1965, and in the same year won the Indianapolis 500 in America.

Autocar's sports editor in 1968 was Innes Ireland, a grand prix driver who was briefly team-mate to Clark at Lotus. He wrote this moving tribute to Clark.

It all started as a subdued whisper – as if the whisperer was afraid to utter the words in case they were true: and even if they were, he would be reluctant to believe them. I was at Brands Hatch for the BOAC 500 race when I heard the rumour which finally contained such tragic truth – “Clark has had an accident at Hockenheim.”

At first I thought it was a motor racing incident; for even Clark has had those before; the possibility of anything more serious had never entered my head. In the scramble for accurate information, the hope that it was all a mistake dwindled rapidly until only the stark unreal and unbelievable fact was confirmed – Jim Clark was dead. 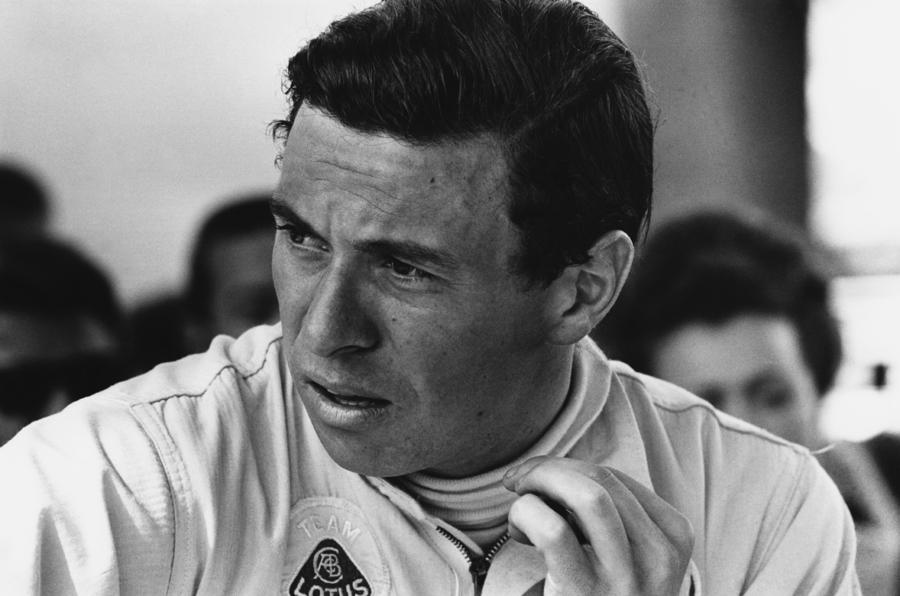 At first my mind refused to accept that this could be true. Drivers like Clark are indestructible, despite the fact that he may have had previous accidents. As confirmation piled upon confirmation, I reluctantly remembered having the same feelings about Alan Stacey, and slowly the finality of death impressed itself upon me. The inevitability of this realisation shook once more, the rules by which I have lived.

When the life of a young driver, so much in the public eye, is cut short at the height of his career, the man in the street begins to wonder: “Why do they do it – what’s it all about – what are they thinking of?”

To begin with, all those who engage in The Sport, do so from a love of driving a fast car. This is something intangible, as is the feeling of conquering a mountain peak, or skiing down an Alpine slope over virgin snow, or jumping out of an aeroplane at 20,000ft and pulling a ripcord at 1000ft, or sailing around the world single-handed.

It is a sensuous thing and as such, it is perhaps indefinable. The longer they do it, the more they realise the fact that there are risks involved, but without the risks there would be nothing. And so they adopt a fantastic outlook on life, which is the only code by which one can live – or die.

I well remember a book that Peter Garnier wrote about the Monaco Grand Prix. In it he asked himself if a racing driver ever thought, as he closed his hotel bedroom door on the morning of race day, “I wonder if I shall be alive to open it tonight?” Peter felt that this was a question that he could never, ever ask.

I can tell him the answer now: it is “yes”- or certainly in my case. But it is a thought that lingers for but an instant, to be put aside with more important and realistic things, the belief in one’s own ability, the countless races that have gone before – the narrow squeaks, the accidents one has survived when all the indications were one shouldn’t have done, the raison d'être as it were brings us back to the fantastic outlook.

I have known Jim Clark for perhaps longer than any of his contemporaries, for my father was a veterinary surgeon in the area of Clark farms in Scotland – in fact, I bought one of my first racing cars from his brother in-law, another farmer nearby.

We spent two good years together with Team Lotus in 1960 and 1961. But to my great regret, I did not know him as well as I might, for our early friendship was later clouded over by the circumstances surrounding my leaving Lotus. 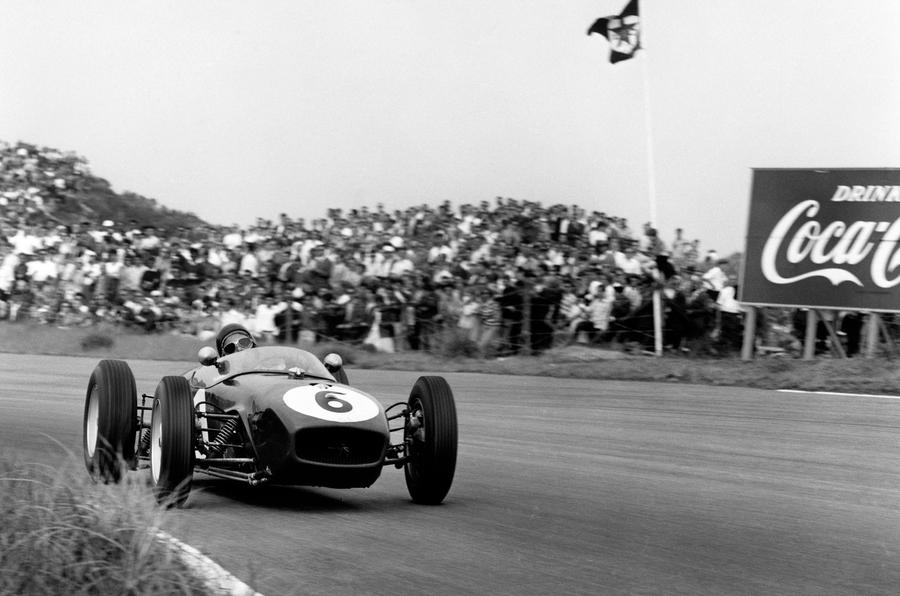 His past performances need no recollection here – they are indelibly printed in the record book for posterity. He had a great love for his heritage, which was the basically simple, rustic life of farming and animal husbandry: but his dedication to motor racing was even greater, for he forced himself to leave all this behind to concentrate on his chosen profession. And it is in this light that we must regard him, for he died as he lived, giving his all in a racing car. I am sure that he would express no regrets at the violence of his passing, and surely this is answer enough for us who are left.

I know, from past experience of being with Colin Chapman during such a trial, how utterly futile life and effort must seem at this time. But to him, and to Jim's parents, relatives and friends, I can only say to look at it as he would have done - otherwise his life has been in vain.

And to those who still question the wisdom of people who wish to risk their lives in racing cars I would say that motor racing, as a sport is the most exacting, demanding, exhilarating and, above all, satisfying sport in which a man with red blood in his veins could indulge. 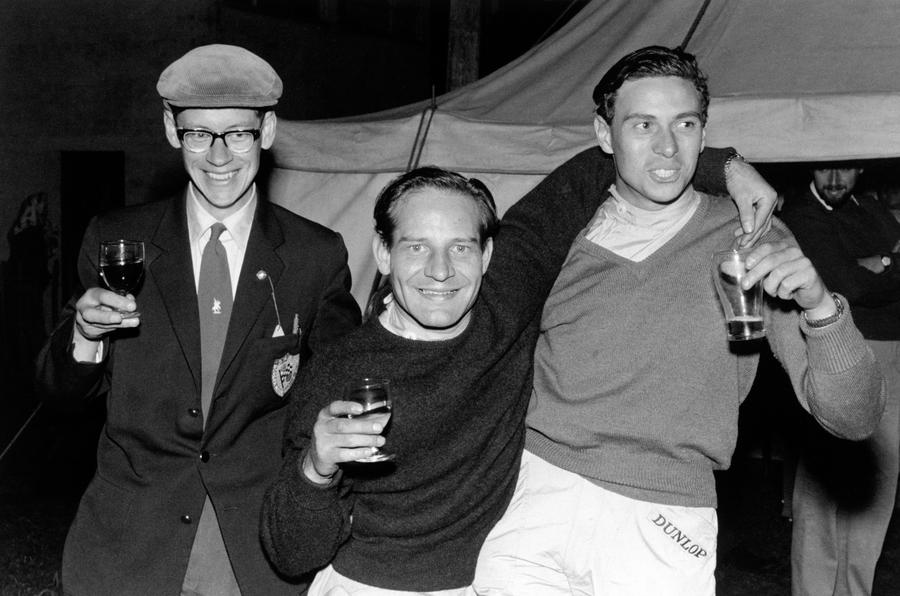 Once again, motor racing is mourning its dead. The great Jim Clark has gone, and with him one of the best-loved characters in the sport as well as a very big part of motor racing history. Once again, we are asking ourselves “is it all worth it?” – as those concerned with the sport must ask themselves every time a driver loses his life.

But I can hear Jim's words at a GPDA meeting after a colleague had lost his life… an emphatic “yes” – it’s no more a part of motor racing than it is of being a pedestrian. He was ready to take the risks – and if they hadn't been there, he’d have been away somewhere else.

To his great public, which was worldwide, he was the little Scots farmer who had left a romantic homeland to win fame – and great credit for Scotland (in the reflected glory of which we in England were happy to bask) – in an international sport that took him all over the world. 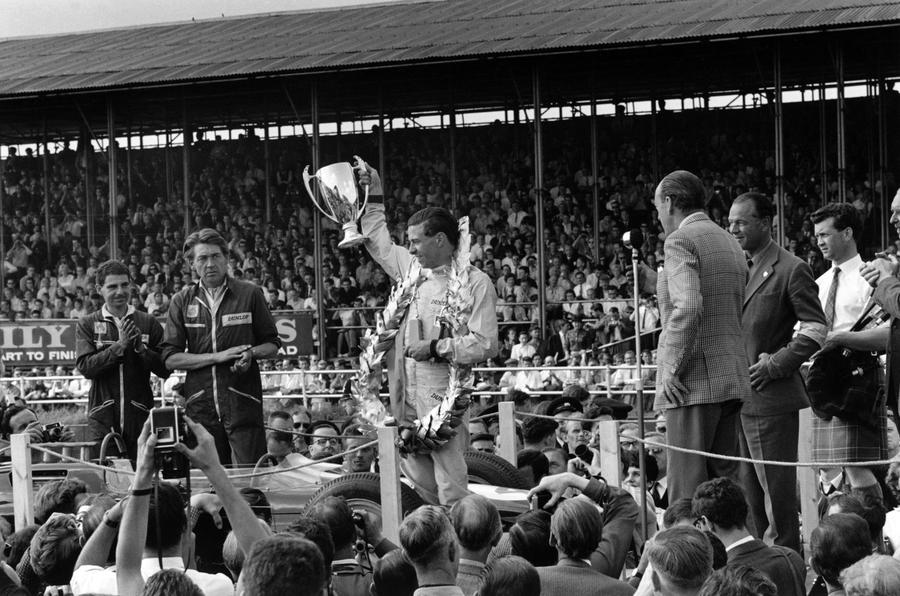 He had grown to be perhaps the greatest Grand Prix driver of all time – certainly, this was so in the opinion of Juan Manuel Fangio – remaining a simple and straightforward person, unaffected by his success. To Auto Italiana he was Superjim, to the French daily L’Equipe it was Clarkissimo when he scored one of his great victories.

His 1963 achievement of seven wins in a championship year gave him his first World Championship – and bettered the previous record of six, held jointly by Fangio and the late Alberto Ascari.

In 1965 came his second World Championship, with six GP wins, five of them in a row. That year, too, brought him victory at Indianapolis – the first-ever victory for a British car or driver in what to European eyes is the toughest race of all; the previous year he might have won too, but for the inexperience of the complicated rules. 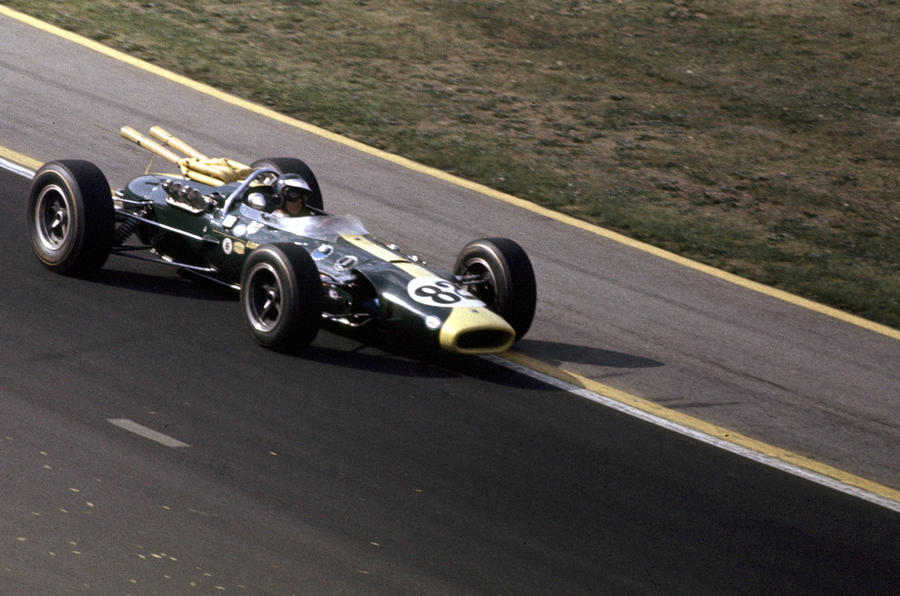 Every award available to a racing driver came his way that year, including the nation’s recognition with an OBE. His South African GP win this year gave him the greatest number of championship race wins for any driver in the history of the sport.

It is ironical that he should have lost his life in a relatively unimportant event – but it is so often the way. The background to the disaster at Hockenheim is not known at the time of going to press… nor does it really matter. In time, the engineers whose job it is to investigate the cause will tell us.

In the meantime, Jim is gone, and motor racing has suffered a tragic loss. Though most of us will see him in memory, garlanded, and waving to the crowds after some great victory, it is perhaps the thought of his less glamorous, simpler background in his native land that endeared him to us all so much.

Next week's Autocar magazine will include a special feature celebrating Clark's formative years in the Scottish borders. It goes on sale on Wednesday 11 April