It has a full service history, every fettle slavishly listed with its corresponding mileage in the private seller’s advertisement. It had its cambelt and water pump changed last November, almost bang on schedule. It’s had five owners, but then, as a motor trader once told us, that’s five honeymoons when the car has been spoiled rotten.

Based on the third-gen Mégane, the all-new RS 250 arrived in the UK in 2010 before going out with a bang in the form of the 275 Trophy R of 2015. These two models alone remind us just what a confusing world planet RS Mégane can be. 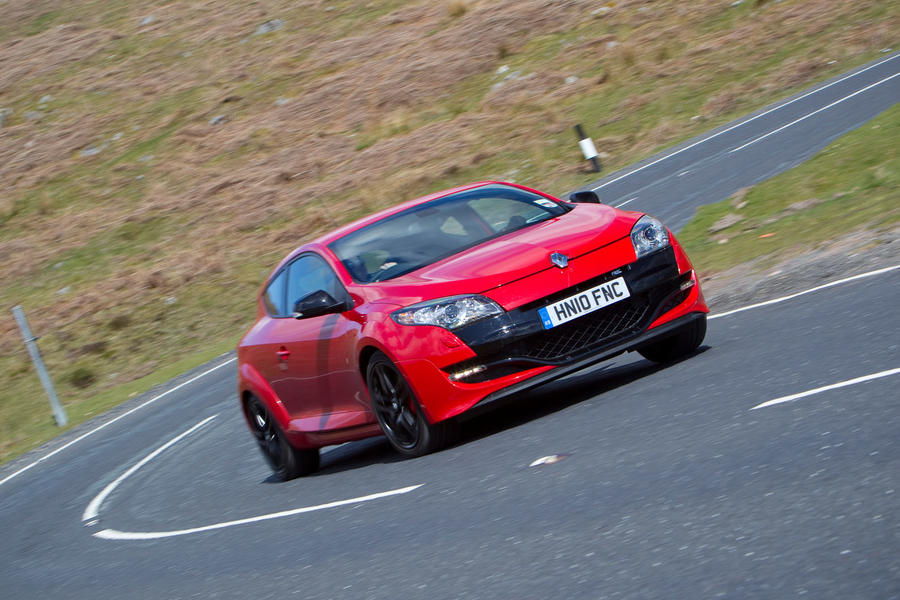 To recap, from launch you had the RS Mégane 250 powered by a 2.0-litre turbocharged engine producing 247bhp. It was partnered by a cheaper and more focused Cup version (lower, lighter, stiffer and with a limited-slip differential), although you could have the standard, or Sport version as it was called, with the Cup chassis. Both were exceptionally well made, and today a good used one still feels solid. Accept nothing less.

So that’s the 250, but then, in 2011 up popped the Mégane 265 Trophy with 261bhp. It was based on the 250 Cup but cost £3800 more, a premium in part justified by the fact that only 50 came to the UK. Its party trick was the squeal from its special Bridgestone Potenza tyres as the car launched itself at the horizon. In fact, they were credited with helping the model break the front-drive lap record at the Nürburgring. 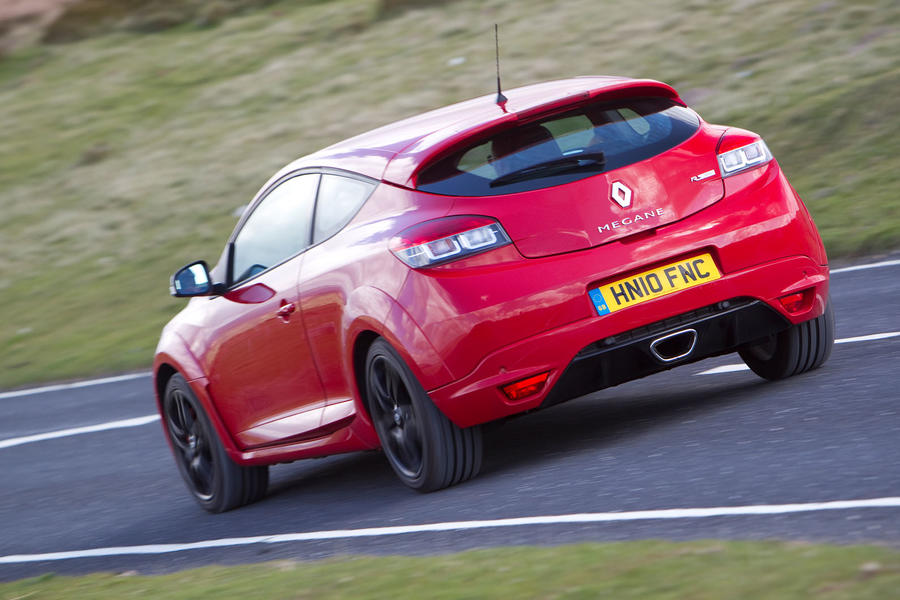 The obligatory facelift occurred in 2012, the most obvious feature being the new daytime LED strip lights. Less obvious to bystanders was the fact that the 265 engine in the limited-edition Trophy had elbowed aside the old 250 unit to become the car’s standard powerplant. As before, there were Cup and Sport versions, as well as a combination of both.

An important thing to note, however, is that the car’s default mode remained 247bhp. To unleash the full 261bhp, you press the ESP button. Hold it down longer and the stability aids are turned off. Check it all works on the test drive.

And still Renault couldn’t stop tinkering. Rattled by newcomers such as Seat’s Leon Cupra 280, in 2014 it launched a flagship version of the Mégane called the 275 Trophy. With 271bhp available, the Cup chassis as standard and a very vocal, titanium Akrapovic exhaust doing the dirty work, it looked like being the best of the bunch – and then along came the even lighter, Öhlins suspension-equipped, limited-edition 275 Trophy R. 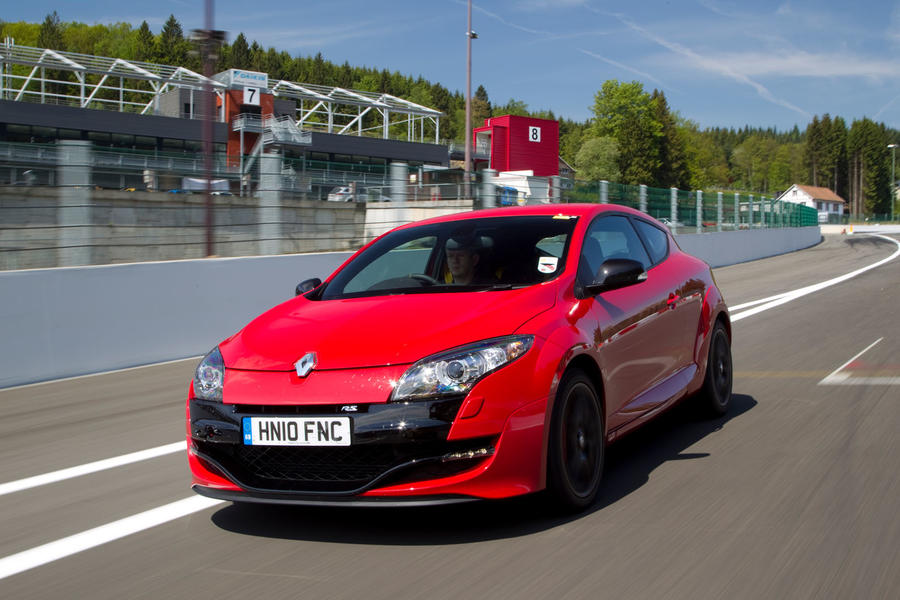 Floyd Hollinshead, RS Four Ashes: “I’ve had an RS 250 for four years and love it. The engine is strong and can handle serious upgrades. I’ve fitted a K-Tec Racing Stage 2 performance pack, taking it to 350bhp. It costs £4500 fitted, and you need to upgrade the brakes and suspension. We do a Stage 1 upgrade, a remap and panel filter to 300bhp for £349. It’s enough for most people. My favourite is the 275 Trophy R with Akrapovic exhaust and Öhlins suspension but have you seen the prices? Whichever one you’re interested in, check that the gearbox, flywheel and suspension are sound and not making odd noises.”

■ Engine: Depending on age and mileage, check the cambelt and water pump were changed at six years or 75,000 miles. An RS needs 5W-40 fully synthetic oil. Check for oil leaks around the rocker and sump covers.

■ Transmission: The PK4 gearbox can suffer from noisy bearings. The cause isn’t clear but it’s an expensive job to fix. On cars with over 60,000 miles, the dual-mass flywheel can develop a faint clicking or tapping noise. It’ll only get worse. 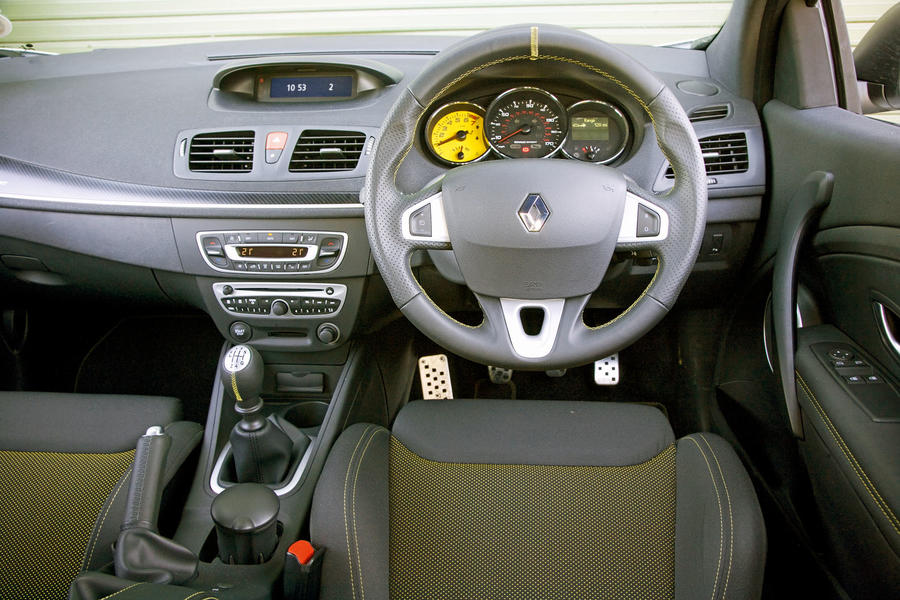 ■ Interior: Check underfloor storage cubbies for damp and driver’s seat bolsters for splits and cracks. Make sure all the warning lights go out after start-up.

■ Suspension: Rubber top-mount bushes can split and anti-roll bar drop links wear. The latter make a slight knock. More serious are worn lower swivel joints, first heard as a slight knock but in serious cases as a creaking on full lock. Such cars are undrivable: accelerate and the bottom of the suspension will try to pull itself outwards; when you brake, it will pull inwards.

■ Brakes and tyres: Examine the edges of the discs for heavy lipping and that the car pulls up straight. With the front wheels at full lock, check the inner shoulders of the tyres for excessive wear. Check the tyres are a premium brand, too.

In 2015, a chain of dedicated Renault Sport dealers (renaultsport.co.uk) was launched, but if you’re disinclined to pay main dealer rates, there are independent specialists, such as RS Four Ashes, and servicing, tuning and styling firms, such as K-Tec Racing (k-tecracing.com). 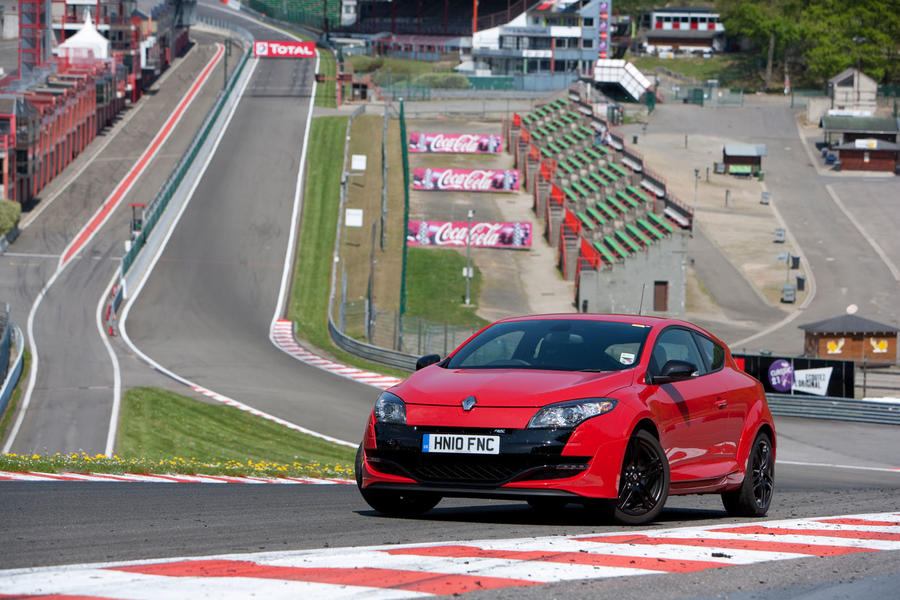 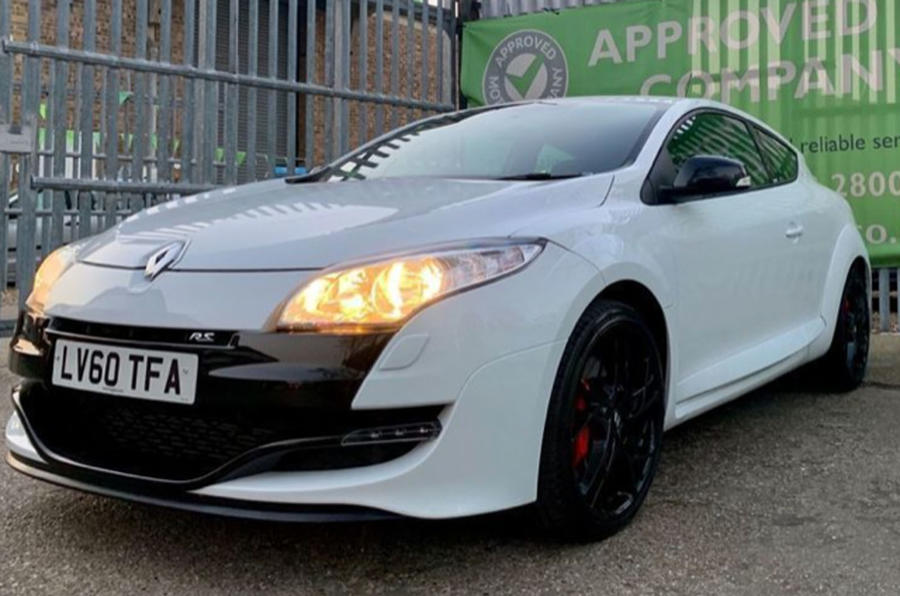