BACK TO ALL NEWS
Currently reading: Buy them before we do: second-hand picks for 20 November
UP NEXT
Middle management: Revisiting the Renault Clio V6

Buy them before we do: second-hand picks for 20 November

Hardcore still has little on the Renault Megane R26R, and it's now under £30K
Share
Open gallery
Close
Share story

"Without a single hint of doubt, the most hardcore hot hatchback the world has seen.” That’s what we called the stripped-out, most track-focused version of Renault’s big-bum hatchback when it launched, and it’s not far off making that claim even now, 12 years later.

You see, this was no mere styling package for the fearsome Mégane RS 230 F1 Team R26. The highly strung 227bhp 2.0-litre turbo four-pot was carried over unaltered, as were the Cup Chassis package’s Brembo brakes, stiffer steering and sports wheels, but it’s what wasn’t carried over that made the R26R special: the rear seats, climate control, stereo, front foglights and all but one airbag.

All that missing kit may have hurt usability, but it contributed to a weight loss of 123kg (although the carbonfibre bonnet, plastic rear windows and bootlid and lightweight sports seats certainly played their part too). Along with uprated springs, grooved brake discs and Toyo track tyres, that litheness let the R26R set a new front-wheel-drive lap record at the Nürburgring – a feat that its two successors have gone on to replicate.

The R26R that we found sits on Michelin Pilot Sport tyres, which may cost you a second or two on the track but will go some way to saving your spine on the drive there. Accounting for inflation, it costs around £4000 more than when it was new, even after four owners and 30,000 miles.

Still, we wouldn’t consider that bad value for such a competent and exclusive hot hatch. And it’s probably a safer investment than the contemporary Mégane RS Trophy-R, which lapped the ’Ring 37 seconds faster but costs up to £72,000. 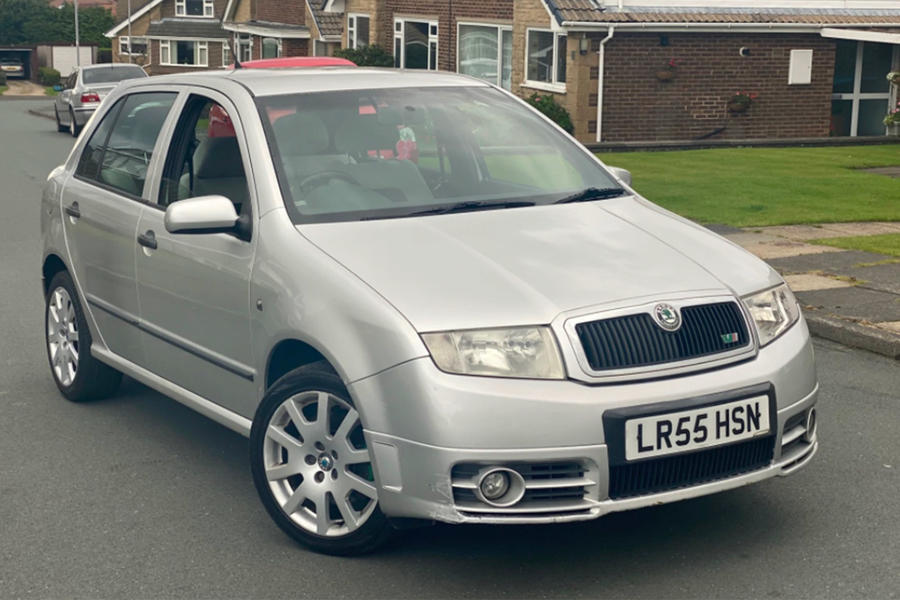 Skoda Fabia vRS 1.9 TDI, £2695: You rarely see any diesel hot hatches, which is a shame, because a ton of torque can often be more fun than outright power in a shell this size. Skoda’s Fabia vRS TDI sent 129bhp and 229lb ft from its four-pot to the front axle via a six-speed manual. 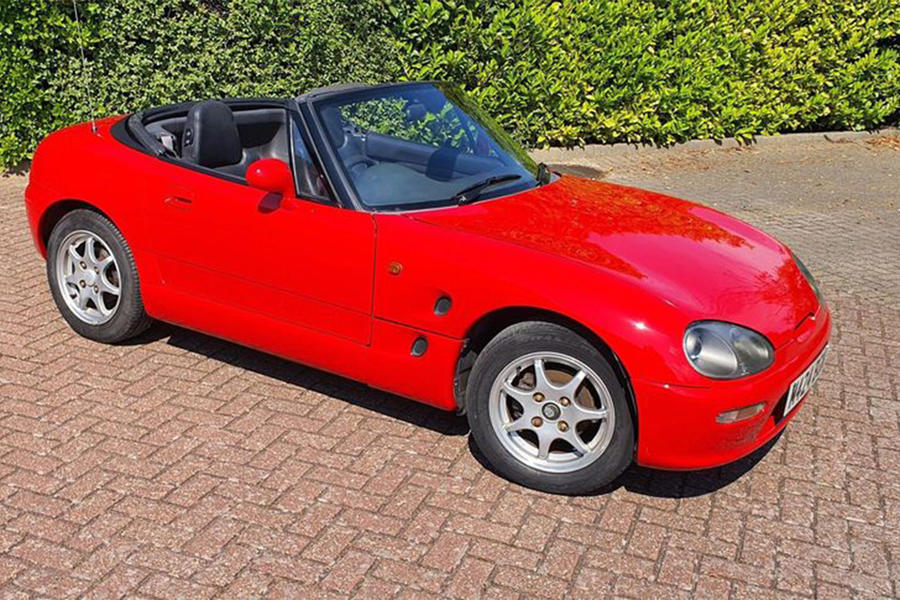 Suzuki Cappuccino, £9500: Strong money indeed for an ageing 0.66-litre two-seater whose metal is usually as bubbly as its namesake, but this one has just been restored and wears its 26 years admirably well. For us, it’s more interesting than a Mazda MX-5 of the same vintage. 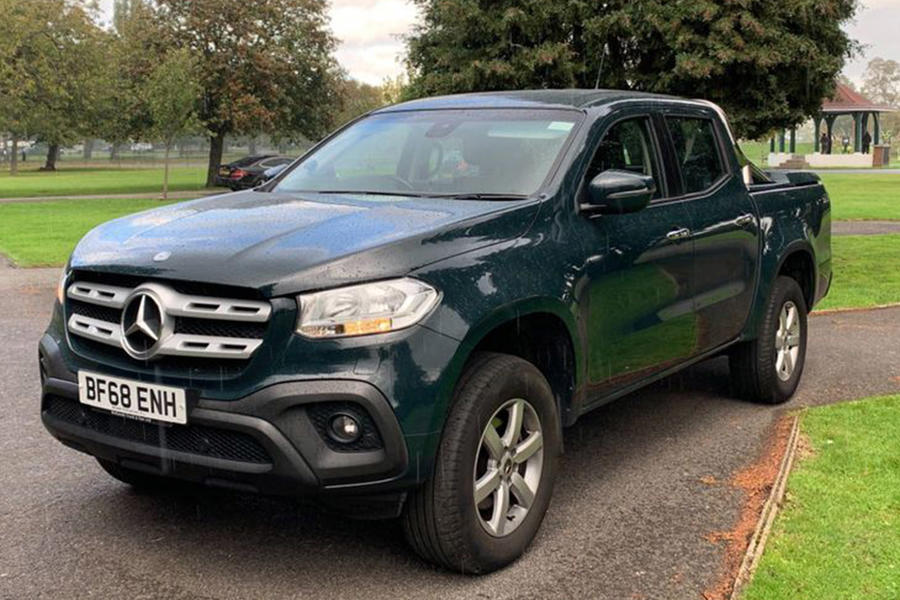 Mercedes-Benz X250d, £20,995: Two years ago, somebody paid a Mercedes dealer nearly £40,000 for this plush pick-up, which can now be yours for little more than half of that price. It has done only 37,000 miles and has a fresh MOT, so make the most of that staggering depreciation. 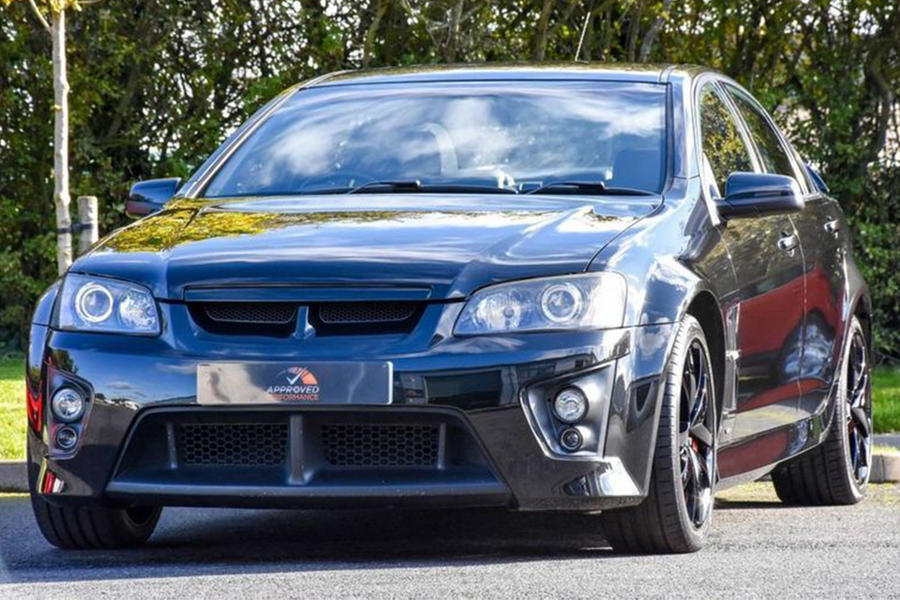 Vauxhall VXR8, £18,950: Yes, you really could once buy a new, 425bhp 6.2-litre V8-powered, tyre-melting saloon with a Vauxhall badge. That may have been the only thing applied in Luton, but who cares? The LS3 can no longer be sold here new, so get your fix before prices surge. 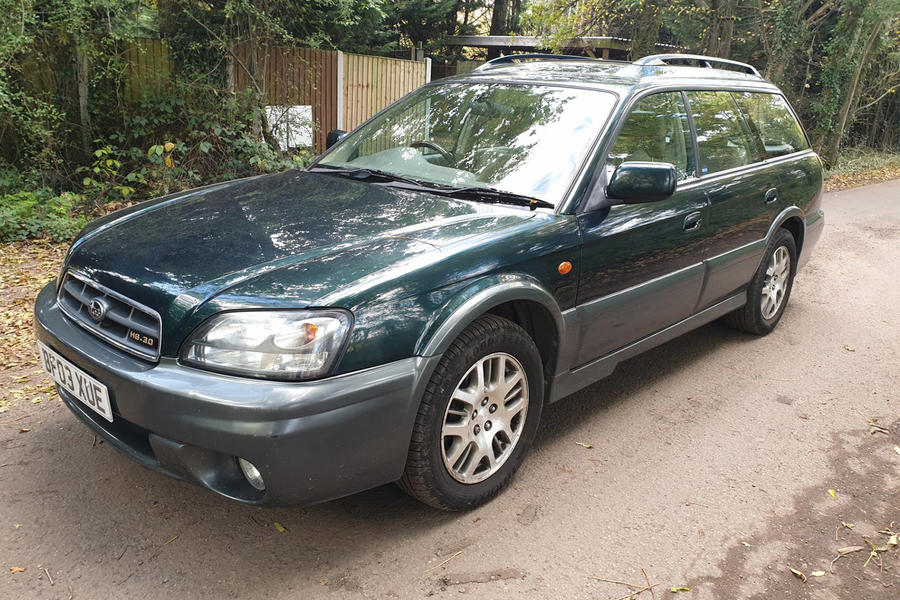 Subaru Legacy Estate 3.0: Keep your Allroads and your Cross Countrys: there’s no better go-anywhere estate than the Subaru Legacy, and this £1000 third-generation example is worth bagging. Its MOT has expired, but some remedial recommissioning will be worth it for the Porsche 911-like burble of its 3.0-litre flat six alone. 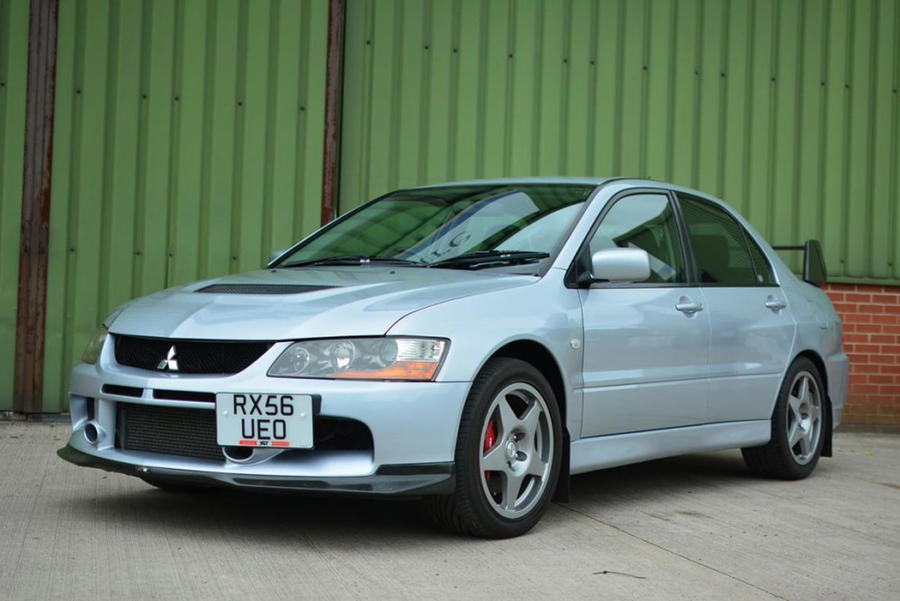 Mitsubishi Lancer Evolution IX FQ-360: The all-guns-blazing run-out version of the penultimate Lancer Evo is the kind of Mitsubishi that we will all remember if the brand does indeed exit Europe next year. And what a legacy to leave. The turbocharged 2.0-litre engine in this comfortably sized saloon sends a frankly astonishing 366bhp to all four wheels, shooting you, the kids and all your shopping from 0-62mph in less than 4.0sec. A bespoke tuning package for this UK-only model offered improved everyday drivability, too, so whoever just bought this 27,000-miler for £21,840 certainly hasn’t got themselves a one-trick pony. 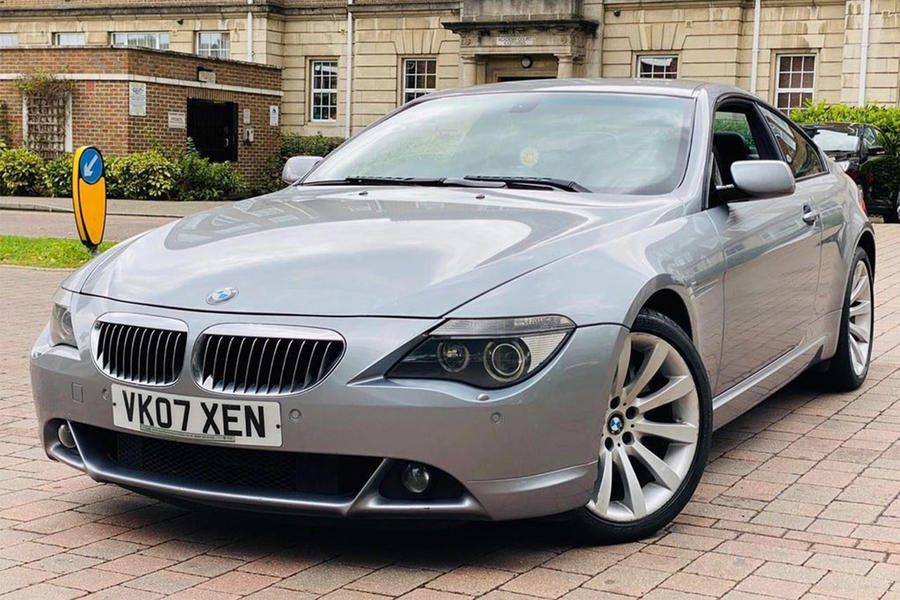 BMW 650i Coupé, £4995: Say what you will about the new BMW 4 Series’ grille, but the ire directed at that snout is nothing compared with the public uproar that accompanied the launch of the E63-generation 6 Series. The muscular, creased design language that designer Chris Bangle called “flame surfacing” went down like a lead balloon, and today the two words most associated with this coupé’s curves are, sadly, ‘Bangle butt’. If you ask us, though, the E63 has aged remarkably well, and less than £5000 for a fully loaded example with the top-rung 4.8-litre V8? Bargain. 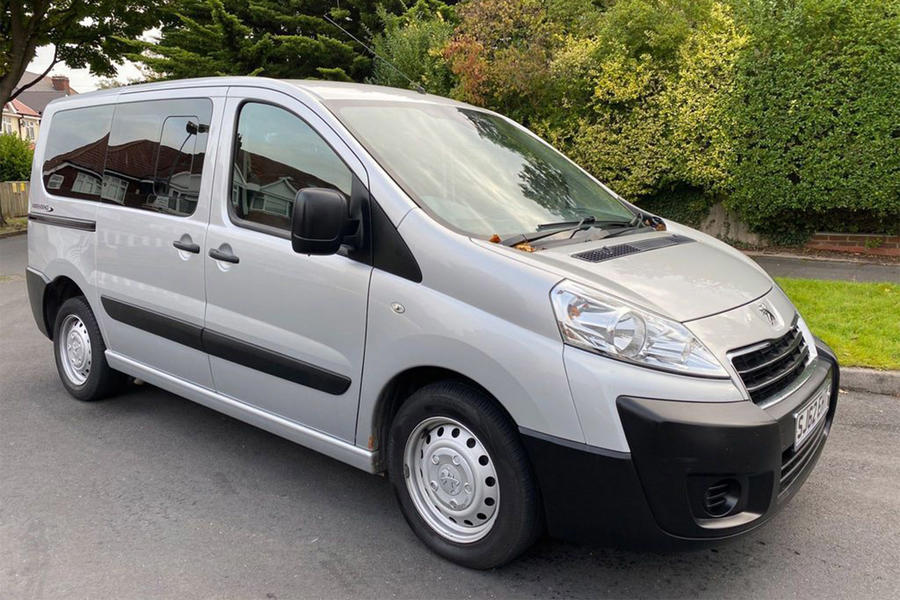 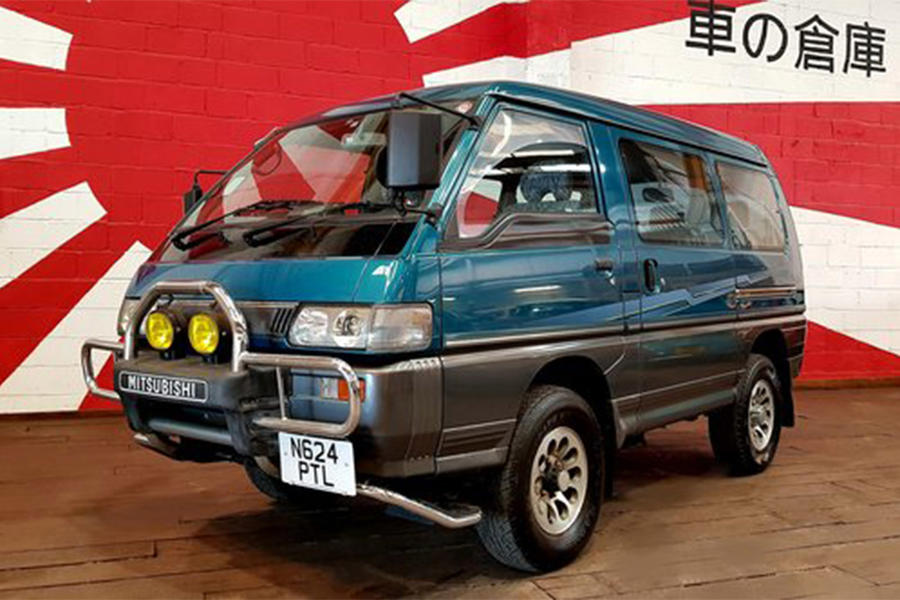 Max Adams: When moving, one ought to consult with an expert – a Peugeot Expert in this instance. It will be big enough to transport all the classy antique furniture James surely owns, plus it has a ramp to save everyone’s knees while they load and unload the vehicle. Also, there are always hidden expenses with house moves, so the spare £4000 is a welcome bonus.

Felix Page: I would be even keener to get into my new house had I driven there in that insipid lump of mediocrity. This is an exciting day, so James needs an exciting wagon like this retro but rugged Mitsubishi Delica. It’s essentially a bus-cum-van that can tackle the most dangerous of driveways, enabling James to relocate his whole brood (and the kitchen sink) to just about anywhere on the planet.

MA: I bet he would want to relocate very far away from those disgusting seat coverings! They’re giving me a migraine just looking at them. And a massive suspension lift is the last thing your back needs when you’re transporting a washing machine.

FP: I would rather leave my appliances behind than drive one. My Mitsubishi is an appreciating asset that James will be glad to keep on his fleet once he has settled in. Probably the only people who have ever appreciated your Expert are the groups of students who have piled into it at 3am.

MA: Waxoyl would be needed for your Delica, because they have a habit of fizzling to nothing in the presence of road salt. Also, you’ve just proved my last bit of genius, because there’s a ready market of potential buyers for my Expert after the move.

FP: Perhaps not that ready, as your Pug falls foul of London’s and Birmingham’s ULEZ regulations, making it a poor choice for any cab driver. But, hey ho, let’s ask our man on the move what he thinks.

Log in or register to post comments
Will86 20 November 2020
Never really understood the criticism levelled at Bangle. I thought his 5 and 6 series were really good looking cars and yes, they have aged well. Shame the same can't be said of BMW's reliability.