BACK TO ALL NEWS
Currently reading: Nearly new buying guide: BMW 1 Series
UP NEXT
Spending 48 hours touring in a Ferrari Roma

The 1 Series is a premium hatch with real badge appeal. We investigate
Open gallery
Close

With prices ranging from £3000 to £30,000 and engines in more capacities and outputs than you can shake a stick at, there’s probably a used BMW 1 Series for you. We’re talking about the generation built from 2011 to 2019, punctuated by a 2015 facelift that substantially raised the car’s game.

But first a word or two of warning: it’s not the best-packaged hatchback. Blame the fact that it’s rear-wheel drive, although from a driving perspective this should be a positive. It’s a classic rear-drive BMW; ergo, it should be a hoot, right? Sadly, it’s not, quite. A front-drive Audi A3, Volkswagen Golf and Ford Focus are more agile more of the time.

Those quibbles aside, we can get on with appreciating the 1 Series’ abundant qualities. They include a range of great diesel engines (okay, they’re no longer fashionable but you’ll love their efficiency), a beautifully built cabin, generous kit levels and sporty good looks (post-facelift, at least). And on the right road, the M135i and M140i are giant-killers.

Click here to buy your next used 1 Series from Autocar

The model arrived in 2011 in five-door form first, powered by a choice of mid-size petrol and diesel engines. The following year, the three-door landed along with xDrive four-wheel-drive versions of the 120d. The 1.4i and, at the other extreme, the M135i also made their appearance. 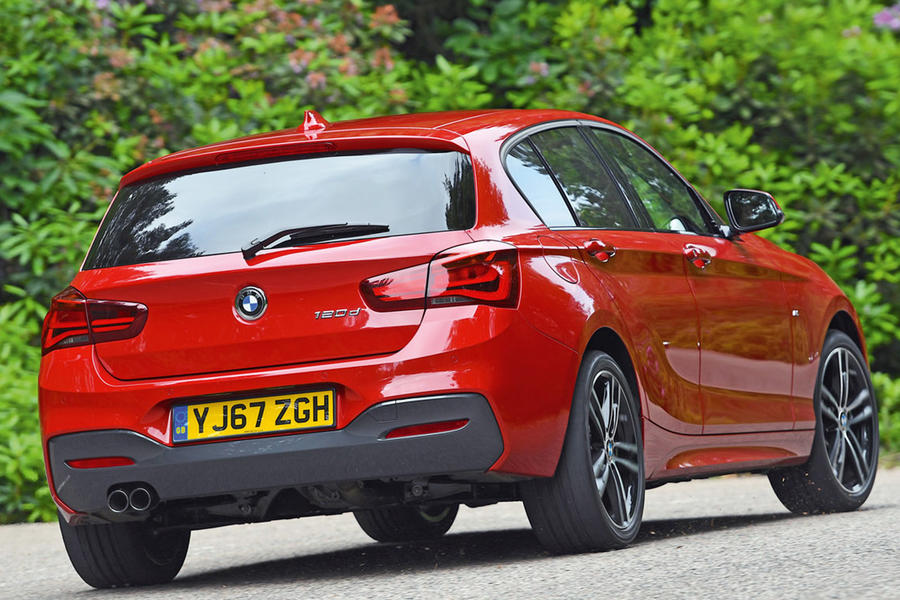 The diesels, in particular the 118d, were the biggest sellers and M Sport the most popular trim. A 2013 118d M Sport auto with 44,000 miles costs around £10,700. It’s a well-rounded car with economy nudging 60mpg and 0-62mph in 8.9sec. On the petrol front, the three-pot 118i is a smooth, sprightly and economical engine shared with Mini. Around £11,000 snares a 2013-reg M Sport automatic five-door with 44,000 miles. Talking of autos, from 2014 cars equipped with sat-nav got the Proactive Drive system that tailors gearchanges more precisely. Throughout this time, trims were ES, SE, Urban, Sport and M Sport. Ignore base ES and even hard-riding M Sport, although it does look good, and go either for SE or the better-equipped Sport.

The 2015 facelift meant sharper looks inside and out, new engines with EfficientDynamics technologies, a tweaked chassis, more standard kit, including sat-nav for all, better infotainment… If you can afford it, stick your neck out for one of these later cars. How far? Well, a 2014 118i M Sport with 34,000 miles is £12,500 and a 2015-reg 120i M Sport with the same mileage around £1000 more.

A noteworthy version from this time is the super-efficient 116d ED Plus. One registered before 1 April 2017 attracts zero road tax, it’s that clean. We found a 2016-reg example with 47,000 miles, one owner and a full BMW service history for £9800. Expect at least 70mpg. 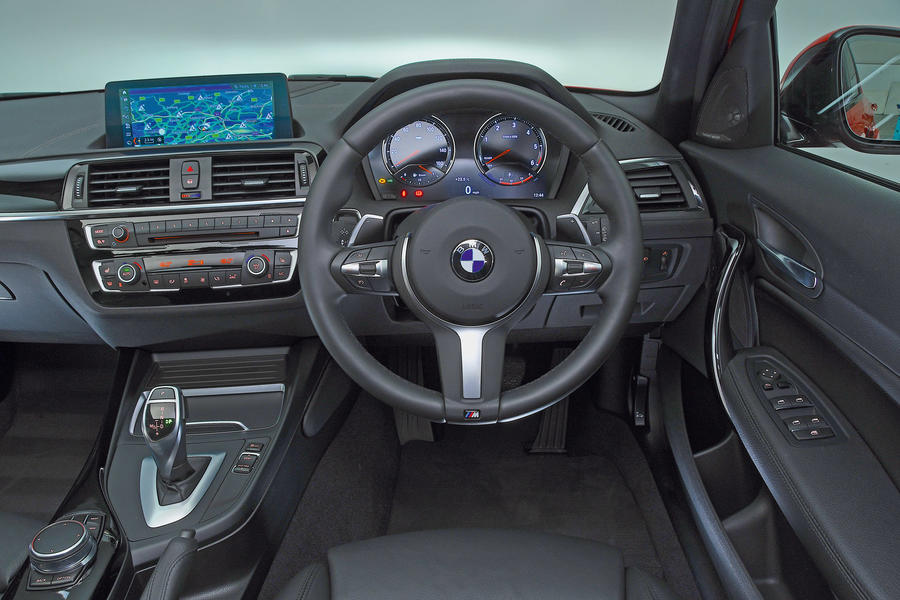 The 1 Series has its faults, not least a cramped rear cabin and a smallish boot, and it’s a little pricier than rivals, but there’s no arguing with the efficiency of its engines or the appeal of that badge.

Engine Listen for a noisy timing chain on the N47 2.0-litre diesel (it's a well-documented problem). It's rare at this age but mud sticks. Timing chain issues not unknown on other engines, too. Check the radiator for damage.

Transmission Feel for clutch judder when pulling away on a cold engine.

Brakes Check if the car has had a new brake fluid cap (the original allowed water to enter the reservoir).

Steering Listen for knocking sounds from the rack.

Interior Check for water in the rear seats and boot.

Body Bulkhead drains can become blocked, soaking the wiring that's around there.

The options list is long so be careful to check precisely what your chosen 1 Series has in terms of extras when comparing it with other possible buys.

As far as looks go I much

As far as looks go I much prefer this 1-Series to the current preudo SUV model. I've always liked its slightly quirky proportions, particularly the 3-door with its frameless windows, it stood out versus its competitors, the new one could be anything.

A triumph of marketing over

A triumph of marketing over engineering or quality.

Bought because of the badge, when a Ford Focus or Honda Civic would be a far better choice.

As Clarkson pointed out at the time the first 1series was launched, they'll soon be as ubiquitious as dog turds on the streets of London.

Why do you feel the need to even make these comments?

the civic was completely uninspiring, big boot, no character and not even particularly sure footed. M135i was lovely. Engaging but maybe a bit spikey. Liked to kick out even when it wasnt wanted. M240 much better, stable and great to drive. Model 3 rapid but sterile compared to the BMs.

anyone who says a civic is better than a 1 series (current type r excluded obviously) has either never driven both or feels the need to criticise what they can't have.

tempted to re-buy a manual m135i before we can't get small hatches with big engines anymore!