BACK TO ALL NEWS
Currently reading: Under the skin: Why Volkswagen is bringing back manual gearboxes
UP NEXT
Nissan will build batteries in UK to sustain Sunderland plant

Under the skin: Why Volkswagen is bringing back manual gearboxes

Automatics and semi-auto dual-clutch transmissions may be technically brilliant but there’s still plenty of space left in the market for manual gearboxes – and it’s not only petrolheads who think so. Volkswagen recently announced its new MQ281 manual transmission, which will supersede the MQ250 and replace the MQ350 in some applications.

Manual gearboxes suit low-cost, entry-level cars because they are cheaper to make than autos and consume less energy from the engine. They’re efficient because they don’t have any internal hydraulics or other components like clutches or actuators to consume power and they weigh less.

The full name of VW’s new ’box is MQ281- 6F, ‘6’ for six-speed and ‘F’ for front-wheel drive. It has been specifically designed to suit the trend of downsizing engines for fuel efficiency and turbocharging them to replace the power and torque that disappeared with the lost capacity. Thanks to the turbocharging, downsized engines can produce higher torque at lower revs. They also run slower at the top end to avoid the greater friction losses at high revs (down-speeding). Because of that, the gearing has to be tailored to suit them.

The MQ281 will equip smaller cars in the VW family, from the Polo to the Tiguan, as well as others wearing Audi, Skoda and Seat badges. So the gearbox can cope with cars of different sizes and weights and it has a decent torque capacity of 250lb ft, which relates not just to engine torque but also the weight of the vehicle it’s fitted to and the job it’s doing. A wide ratio spread of 7.89 gives a low first gear to pull away easily and a high enough sixth to make top speed at lower revs.

Front-wheel-drive gearboxes generally pose a design challenge because, unlike an in-line gearbox driving the rear wheels, they normally fit on the end of an engine mounted east-west across the width of the engine bay. The MQ281 is particularly compact so it can be mated to an external electric motor to create a hybrid drive. Inside the gearbox, the gubbins is fairly familiar. There are two shafts mounted one on top of the other with the centres just 80mm apart. The uppermost one is the input shaft connected to the engine via the clutch and has gears and synchronisers for ratios three to six. The lower one is the output shaft driving the wheels via the final drive.

To help squeeze everything in, the output shaft also carries the gears and synchronisers for first and second gears. To ease gear engagement on the first two gears, they have multi-cone steel and carbon synchronisers. Single cones are fine for the higher ratios. The lubrication system has a few trick details in it, too, scooping up fluid and directing it through the hollow shafts and to the sixth gear, which sits on the end of the gear cluster and can otherwise suffer oil starvation during cornering. Effective lubrication reduces wear and minimises friction to get maximum efficiency. VW reckons the MQ281 can save 5g/km CO2, depending on the car it’s fitted to, and that includes the down-speeding element of the engine. That’s a decent amount when every gram counts and it’s not to be sniffed at.

How about hybrid power? 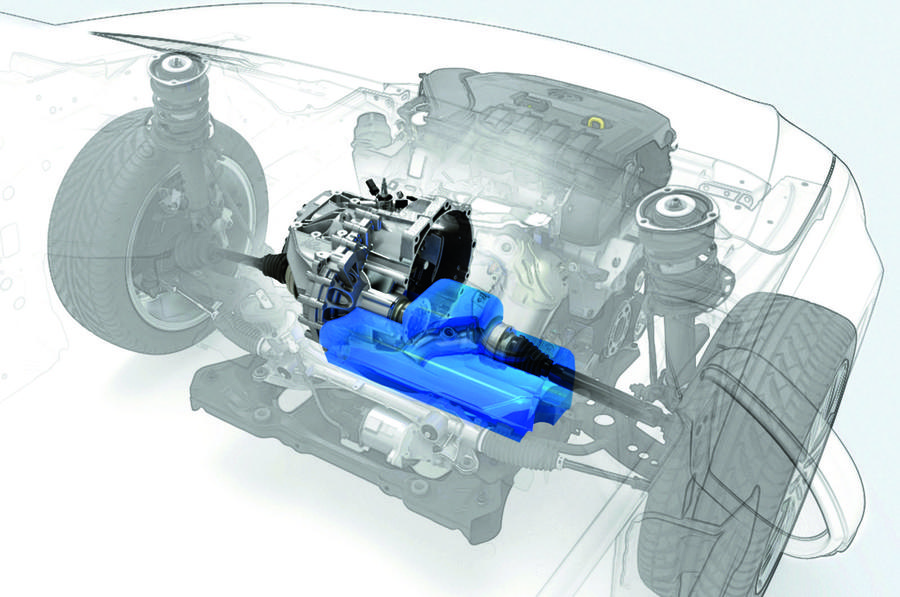 The MQ281 can accommodate a hybrid electric drive motor fitted adjacent to it in the engine bay using an optional power take-off unit fitted to the gearbox casing. This makes a ‘mild hybrid plus’, with a beefier electric motor than a typical MHEV, able to deliver more torque and provide more effective regenerative braking. The modular design means the ’box can take a range of gear sets to suit different cars.

Under the skin: how Volkswagen's DSG gearbox predicted the future​

I get paid over $90 per hour working from home with 2 kids at home. I never thought I'd be able to do it but my best friend earns over 18k a month doing this and she convinced me to try. The potential with this is endless. Heres what I've been doing.

Great post. Wonderful information and really very much useful. Thanks for sharing and keep updating

"Why Volkswagen is bringing

"Why Volkswagen is bringing back manual gearboxes"