BACK TO ALL NEWS
Currently reading: Swind E electric classic Mini on sale from £79,000
UP NEXT
BMW opens door to M1-inspired electric supercar

The project, which began as a proof-of-concept for the Wiltshire-based engine supplier, will result in 100 classic Minis being fully restored and fitted with a custom, in-house-developed electric powertrain.

The original engine and gearbox are replaced by a 107bhp motor, making the car capable of 0-60mph in 9.2sec and 80mph. A 24kWh lithium ion battery promises 125 miles of electric range, while a full charge takes four hours from a Type 2 connector.

By removing the petrol tank, Swindon Powertrain has increased the Mini's boot space to 200 litres. The conversion adds 80kg to the total weight of the car, but its proportions go unchanged and a 57:43 weight distribution is claimed, compared with the original 68:32. 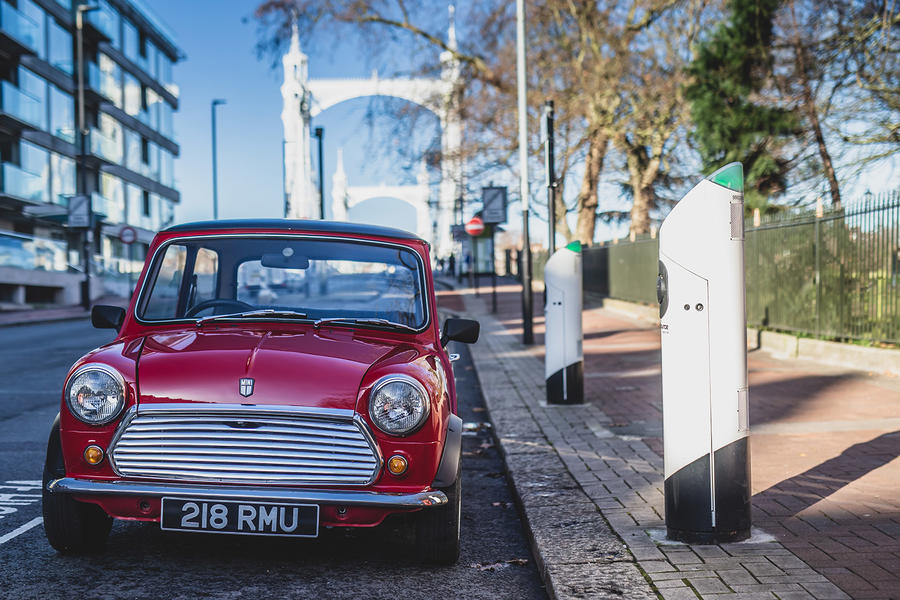 Inside, each car is equipped with underfloor heating, heated leather seats and heated front and rear screens. USB ports for device charging come as standard, while power steering, air conditioning and sat-nav are available as options.

The Swind E Classic Mini is available to order now, in either right or left-hand drive and a choice of six paint colours, priced from £79,000.

“This is the first time an electrified classic Mini has entered production,” said Swindon Powertrain’s managing director, Raphaël Caillé. “There have been one-offs and prototypes before, but Swind is the first company to launch such a car to the public.

“The packaging of Sir Alec Issigonis’ 1959 design was truly ground-breaking, and now we are making it relevant again.”

The BMW-owned Mini brand has yet to put a modern electric car into series production, but a battery-powered Mini hatchback is due to arrive later this year. It showed a bespoke electric classic Mini at the 2018 New York motor show, but that was a one-off designed to generate interest in EVs.

Each one means one less original classic Mini

As nice as this is, it is sad that 100 genuine classic Minis will be converted like this.  The number of truly original classic Minis is actually fairly small, and falling steadily.

oooooh....sweet. Looks nice but i wouldnt pay that (although its not unreasonable)

Should there be an L in there somewhere? The punchline to a bit of a laugh?

Way of the future

I believe Aston are now offering electric swap outs for DB5s etc , while keeping the old engine in storage . May possibly be the only way to drive classics in the future ....
View all comments (5)