BACK TO ALL NEWS
Currently reading: Classic Mini Electric: first drive of one-off EV
UP NEXT
Jaguar boss signs off plan for radical new EV line-up

The one-off celebrates the past and the future by putting an electric powertrain inside a classic Mini body. Autocar has been for a hugely entertaining drive
Share
Open gallery
Close
Share story

The original Mini stands out on the streets of New York. It looks like an alien between the huge SUVs and saloons that crowd the roads of the Big Apple. And this particular Mini stands out more than most – although you wouldn’t know it to look at it.

When the car is stationary, you wouldn’t know this 1998 Classic Mini was no ordinary model until you looked under the body. Because that’s where you’d find the Classic Mini Electric's powertrain: a 38bhp electric motor. One pulley is flange-mounted at the engine, with one at the gearbox, and the two are connected with a toothed belt. As a result, the electric motor has all the gears from the regular car.

“The principal was simple. We threw unnecessary stuff out and put the engine in,” says Moritz Burmester, who modified the car. So there is no exhaust system, no petrol tank and no rear bench.

Instead, the Classic Mini Electric is fitted with 30 lithium-iron phosphate batteries, which are installed behind the front seats. They were put there “so we could match the weight of the Classic Mini, which is 770kg”, explains Burmester. 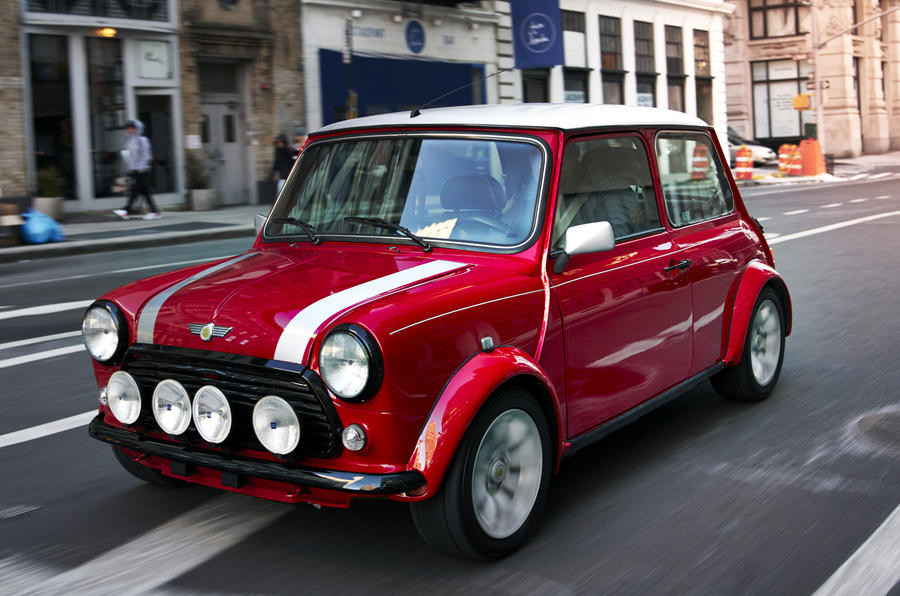 The Classic Mini Electric has a top speed of 75mph, with a maximum range of 65 miles. The one-off takes four hours to charge fully from a 220V household outlet.

Driving the Classic Mini Electric is pure fun. As you’d expect from any original Mini, the small British machine dances fleet-footed around corners. When you steer, the Mini reacts – it really does handle like a go-kart.

As soon as you hit the throttle pedal, the Mini’s electric motor powers it ahead as if there were no tomorrow, while the engine buzzes in a manner that reminds of Luke Skywalker’s X-Wing Fighter. 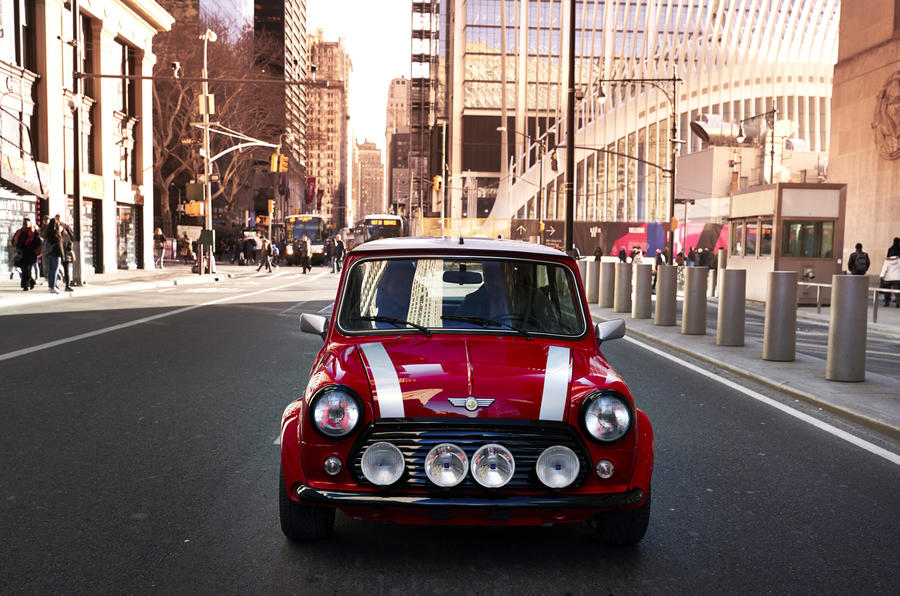 What’s most memorable is the effect this electric Mini has on people. Even hard-nosed New Yorkers lose their cool when they see it: huge men in humungous pick-ups give thumbs-up, mobile phones are pulled out for snaps and there’s practically a queue of people asking for a ride.

The original Mini has always been a special car – and this one-off conversion honours that tradition while also showcasing the future. 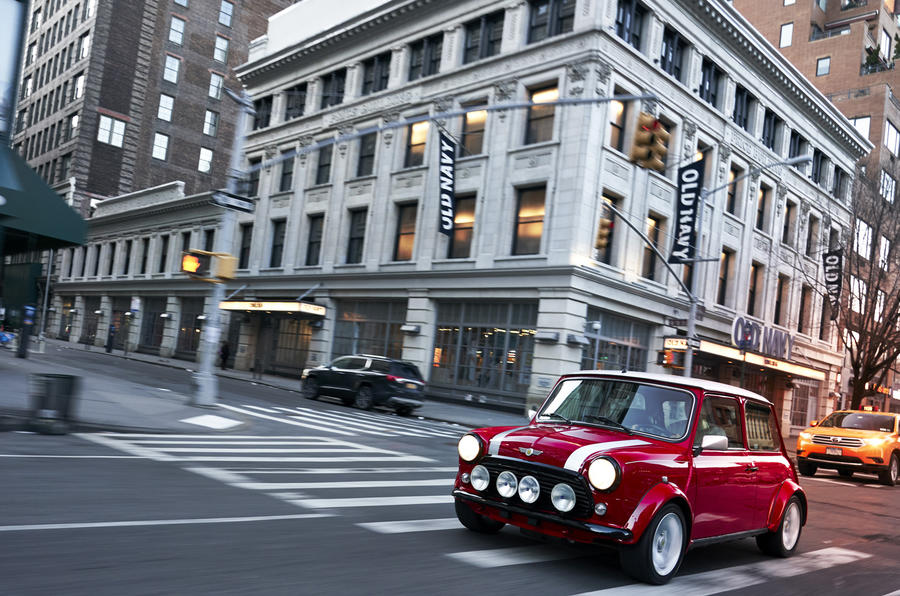 What a waste of a lovely little Mini body.  It would have made more sense to squeeze in a Maestro Turbo engine and make it a proper little bundle of fun that could be driven anywhere, without having to worry about finding a plug every hour.

I'm tellin' yer, BMW, make it safe with modern-day trickery under the shell and you could sell SO many of these.  I'd be in the queue.  Make them in only red, white, or blue, and stick a Union Jack on the roof of each one.  Call it the Mini iJ (after the Italian Job - you don't have to pay me for that brilliant name, just give me the first one off the production line).  As I said before, hot cakes and all that.  If you don't make them, you're really missing a trick here.

A nice enough car, but there are a bunch of specialists converting classic cars to electric who’ve got a lot more range and performance than this without compromising weight or packaging (Tesla packs etc). Maybe BMW are trying to manage expectations of their production MINI EV?