BACK TO ALL NEWS
Currently reading: Skoda to follow Enyaq iV Coupé with compact crossover EV
UP NEXT
Fisker goes radical with Pear EV SUV

Style-led version of electric SUV will arrive before a smaller, ID 3-based model
Open gallery
Close

Skoda will expand its electric car line-up in the next few years with a coupé version of the Enyaq iV SUV and a new smaller model that’s set to take the form of a crossover.

The Czech firm recently launched the Enyaq as its first bespoke EV on the Volkswagen Group’s MEB platform.

While virtually identical in size and specification to the Volkswagen ID 4, the Enyaq features a stretched wheelbase and a boot 42 litres larger, at 585 litres.

Skoda design chief Oliver Stefani said that focus on luggage space reflects the popularity of the Octavia and Skoda Superb estates, adding that it will remain a design priority for the firm’s future electric cars.

“Spaciousness is very important for us,” Stefani told Autocar. “It’s functionality. People love it, and it’s not something we want to give up. Every brand must play its roles.

“The big loading area and boot is something you find on the Enyaq. And compared with other partners who share the [MEB] platform, it has the longest rear overhang.

“We’re 100% convinced that even with a big boot, we can make a nice, attractive car.” 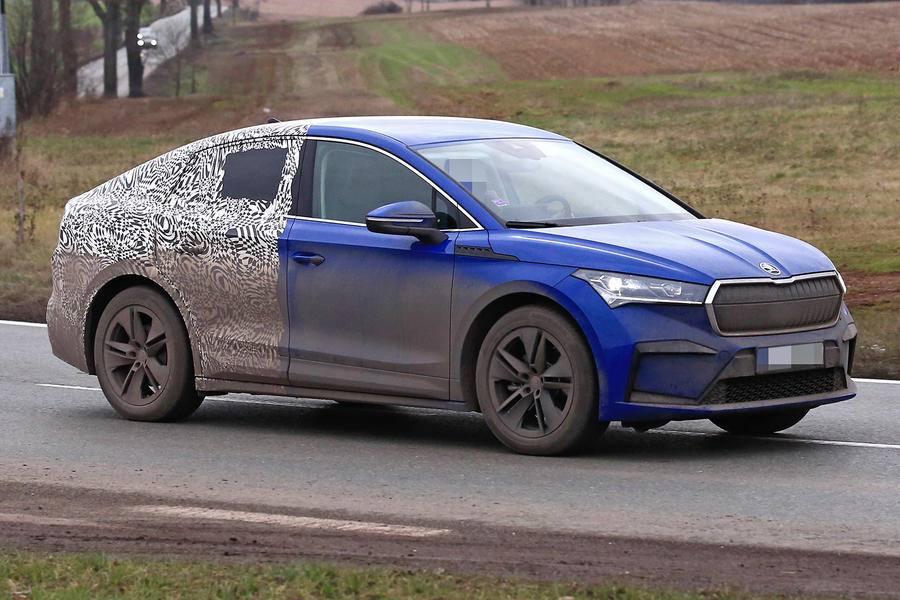 The Enyaq coupé has already been seen testing ahead of its planned arrival next year. It’s expected to be followed by a smaller MEB-based car that will be close in dimensions to the Volkswagen ID 3.

As with that hatchback, the new Skoda will offer only rear-wheel drive but three battery pack capacities and two power outputs.

With Skoda focusing on interior space, it is expected that the car’s dimensions will be stretched, giving it more of a crossover form to maximise interior capacity without dramatically increasing the footprint.

Stefani also hinted that future electric Skodas will feature a more “emotional” design that builds on the Enyaq while moving further away from its combustion-engined range.

“The Enyaq is clearly related to our ICE cars, because it’s the only EV we have and we wanted to make it a member of the family,” said Stefani. “Once we have more electric cars, we will develop the idea of these electric cars much further.

“We don’t know exactly where to go, but we aren’t standing still. We will make them more modern and more appropriate to the market and customer expectations, but they must always be a Skoda.”

Another manufacturer using that word "emotional".

Just more SUVs to me.

This gets me reminiscing about the good old days when coupes were stylish and desirable, rather than just being a slopey hatchback derivative of a dull, chunky SUV.

Tho these stories also always make me wonder why Jaguar went to all the expense of a new platform for I-pace but only ever planned it for one car - ludicrous.