BACK TO ALL NEWS
Currently reading: Skoda Enyaq: electric SUV leaks out ahead of imminent unveiling
UP NEXT
Volkswagen ID Aero is EV Passat equivalent with 385-mile range

Skoda Enyaq: electric SUV leaks out ahead of imminent unveiling

Images posted on social media are said to show the new EV hours ahead of the big event. They appear to be official press shots, revealing a design significantly different from other models built on the Volkswagen Group’s new MEB platform.

The model is the first car Skoda built from the start as a dedicated electric model. It's predicted to be larger than its closest sibling, the upcoming Volkswagen ID 4. It appears to feature a backlit grile - another first for the brand. The latest shots also reveal an interior that moves traditional brand design elements into a new layout. 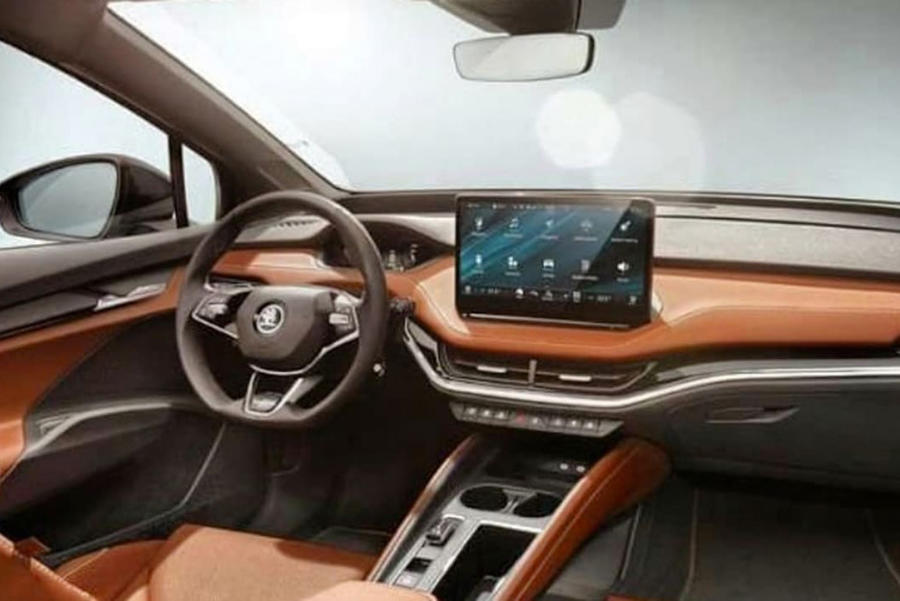 Skoda’s lighting design boss, Petr Nevřela, claims the headlights take after the flatter, “more dynamic” units of the Skoda Scala and Kamiq. More crystalline elements are said to have been incorporated into the front and back lights, too. Nevřela says the additions “enhance the innovative character of the new Enyaq iV”.

The brand's exterior design boss, Karl Neuhold, claims the Enyaq iV features proportions that "differ from those of our previous SUV models". The car's shorter front end and longer roofline "creates a very dynamic look and transforms it into a proverbial 'space shuttle'".

Neuhold claims the MEB platform and the lack of a combustion engine allows for short front and rear overhangs. The body is "more elongated and extremely aerodynamic", with drag coefficient rating of just 0.27Cd. 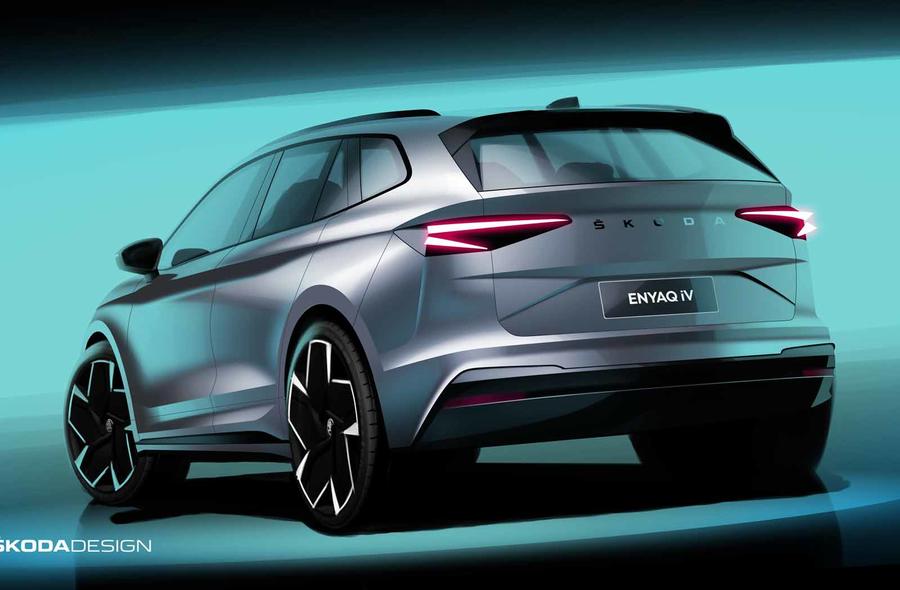 The new SUV, which uses the same underpinnings as the new Volkswagen ID 3 hatchback, is said to have an interior that "reflects modern living environments". Designers have exploited the MEB platform's lack of transmission tunnel and long wheelbase to create a cabin that's "visually even airier and to create a feeling of even more space," Skoda claims.

New features making their debut on the Enyaq - and which can be expected to appear on future Skoda EVs - include a storage cubby underneath the centre console and a multi-level dashboard. Skoda has also revealed that the SUV will have 585 litres of boot space, a 13.0in central touchscreen and a head-up display with augmented reality. It also claims that rear passengers will benefit from "exceptionally generous" leg room.

Skoda also says it has done away with the conventional trim level structure of its current line-up in favour of a range of new 'design selections', which each use sustainably produced and recycled materials. They will be clearly split into separate 'themes', with a range of option packages available additionally.

The Enyaq, which Autocar has already driven in prototype form, is due on sale in 2021 and will be a key part of Skoda's plan to launch 10 electrified models under the iV sub-brand by the end of 2022.

Skoda has confirmed that, similar to other MEB-based machines, the Enyaq will be offered with a choice of rear and four-wheel drive, three battery sizes and five power outputs. The largest battery will be a 125kW unit giving an official range of 310 miles.

The Czech firm said the model "combines brand-typical virtues such as a generous amount of space, emotive design and well-balanced proportions with a sustainable yet fun driving experience." It added that the machine offers similar interior space to the Skoda Kodiaq SUV, while being shorter than the Octavia hatchback.

The Enyaq name is derived from the Irish name Enya, meaning 'source of life', with the 'q' at the end matching Skoda's existing combustion-engined SUVs, the Kamiq, Karoq and Kodiaq.

The model is based on the Skoda Vision iV concept, which was revealed in 2019.

I've noticed this in all your

I've noticed this in all your Enyaq coverage so far, but you keep saying '125kw unit' when discussing the battery. I assume what you mean by this is that the MEB platform's maximum capacity ~85 kwh battery charges at a peak rate of 125 kw, and this largest battery delivers the range of ~310 miles. I know its a more minor point, but doesn't quite make sense with how you currently phrase it, so you might want to clarify it in future.

Anyway, shame it's leaked but it confirms my opinion that it's a fairly typical Skoda. Looks like the one in the pictures might be an Enyaq 80. It's a real shame they've gone down the fake grille route, instead of the more interesting body-coloured one on the Citigo-e iV. Seems like the previous 'design sketches' were pretty accurate too. Now all that's really left is to see whether it's affordably priced.

The first two images, to me that looks slightly like an X3 BMW!

The more we 'see', the more

The more we 'see', the more it just looks like all Skoda's current models ....