BACK TO ALL NEWS
Currently reading: New Skoda electric SUV to be called Enyaq
UP NEXT
The BTCC racing hot shots with full-time day jobs

Skoda details name of first bespoke electric model, based on the VW Group's MEB platform and expected to have a range of over 300 miles
Open gallery
Close

Skoda has confirmed that its forthcoming electric SUV, the brand's first model designed as an EV from the ground up, will be called Enyaq.

Derived from the Irish name Enya, meaning 'source of life', the name continues the 'Q' theme of Skoda's existing combustion SUVs such as the Skoda Kamiq, Skoda Karoq and Skoda Kodiaq. The 'E' is also said to be a reference to electromobility.

The Enyaq will be the production version of Skoda's Vision iV concept, which was revealed last year and which Autocar has been behind the wheel of in prototype form. It'll go on sale in 2021, with Skoda promising at least ten electrified models will launch under the iV sub-brand by the end of 2022.

The 4.66m-long Skoda Kodiaq-sized four-door coupé crossover is based on the VW Group’s MEB platform and, in concept form, uses a 302bhp four-wheel-drive EV powertrain offering a 310-mile range and the ability to charge up to 80% in 30 minutes.

The coupe-SUV's cabin shows a design that has moved on from current Skoda interiors, with a multi-level dashboard, large free-standing central screen, and minimalist look. 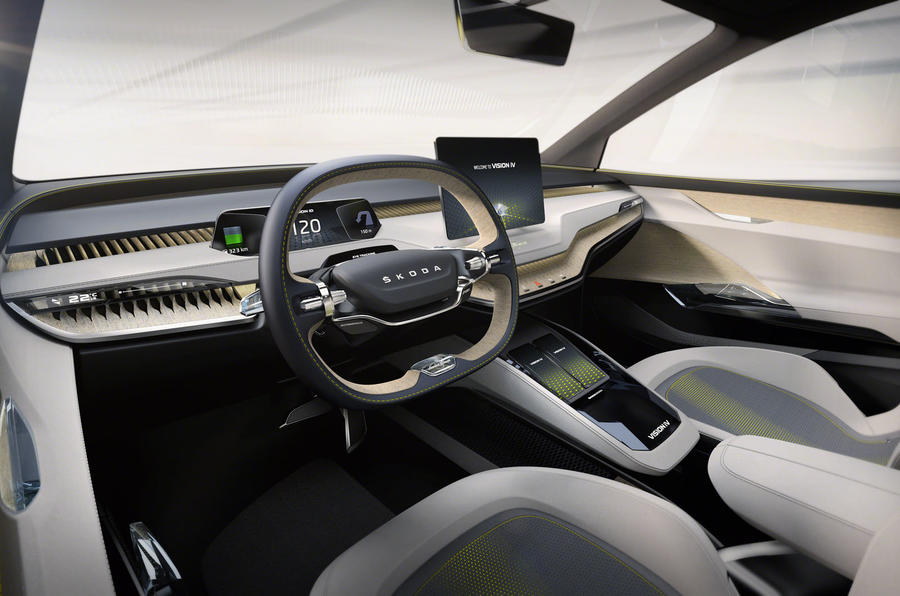 The absence of a transmission tunnel in the EV allows "plenty of storage space", according to the firm, alongside a compartment allowing two mobile phones to be wirelessly charged.

Said to provide "a specific outlook of the brand's electric future", the Vision iV is a more production-previewing concept than the 2017 Vision E.

Although in profile the two concepts look nearly identical, the grille of the Vision iV features a traditional slatted design rather than the blanked-off item on the Vision E.

A full-width LED daytime running light sits underneath the main headlights, while the Skoda name at the rear is backlit in red. 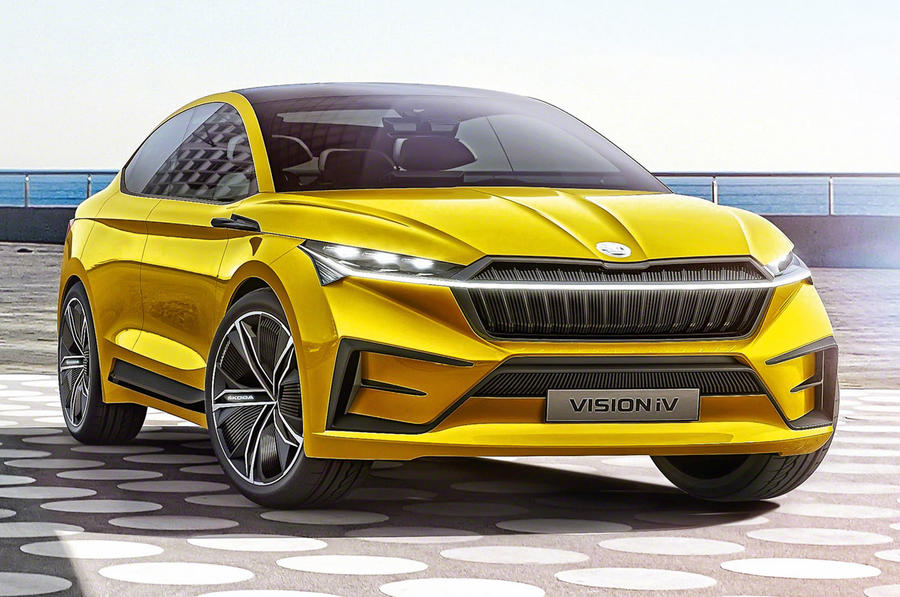 Last year, the company revealed the production version of the Vision iV will be sold with both standard SUV and coupé variants, akin to the Skoda Kodiaq and China-only Kodiaq GT.

First deliveries of the production model are due in 2021, but it's not yet clear which variant will arrive first.

Both versions will be based on the Volkswagen Group’s electric-only MEB platform, which will be used across all of the company's brands.

Skoda sales and marketing boss Alain Favey has previously told Autocar that the Vision iV “gives a very good idea of what the EV will look like”. Pricing will be comparable with that of a mid-to-upper-range Kodiaq, so we can expect an entry-level price of just under £30,000

Skoda Vision IN is bespoke SUV for Indian market

Next-gen Skoda Citigo is not a certainty

What a woeful name.

So how do we pronounce this?

Is it Enya Q or Enyak?