The Volvo XC40, the first model to be built on the Swedish manufacturer's new Compact Modular Architecture (CMA) platform, will rival the Range Rover Evoque and Audi Q3 when it goes on sale early next year.

In pictures: the cars that made Volvo

The XC40, which sits below the XC60 and XC90 as the third model in Volvo's SUV line-up, is being launched into a booming market segment. Volvo estimates that global premium compact SUV sales are likely to exceed one million by 2020 – a tenfold increase on volumes in 2010. But it also marks a dramatic expansion in the brand’s portfolio and the start of a final move away from the Ford architecture that has underpinned its smaller cars since the turn of the century.

Volvo boss Hakan Samuelsson highlighted the car's importance to the brand's resurgence, saying: "It's intended for a very important segment; the world's fastest growing. I think we have absolutely the right product for the future."

Wraps are off! Volvo leads the way, for now

Although Volvo’s in-house engineering capability never disappeared while the Swedish brand was owned by Ford, it was dramatically scaled down. 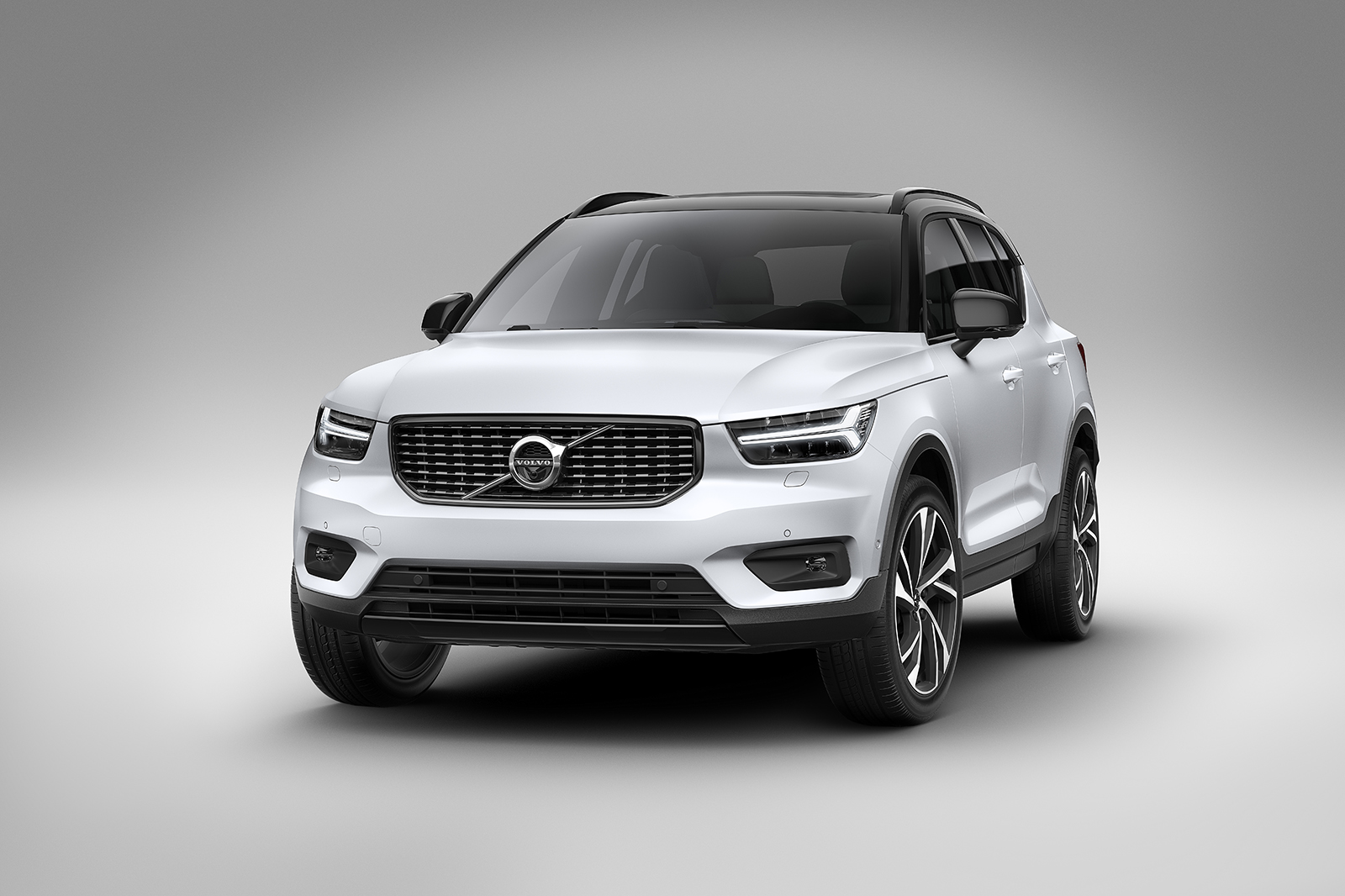 Work on the new CMA platform – which will underpin at least two other Volvos as well as future models from Chinese parent company Geely’s Lynk & Co sub-brand – started in 2013 and necessitated the recruitment of hundreds  of engineers.

Much of the work was done under the direction of the company’s then engineering boss Peter Mertens, who has since gone on to become head of R&D for Audi.

The XC40 shares a strong family resemblance with the bigger XC60 and XC90, but Volvo says the design brief was to create a car that looked like more than a smaller sibling. 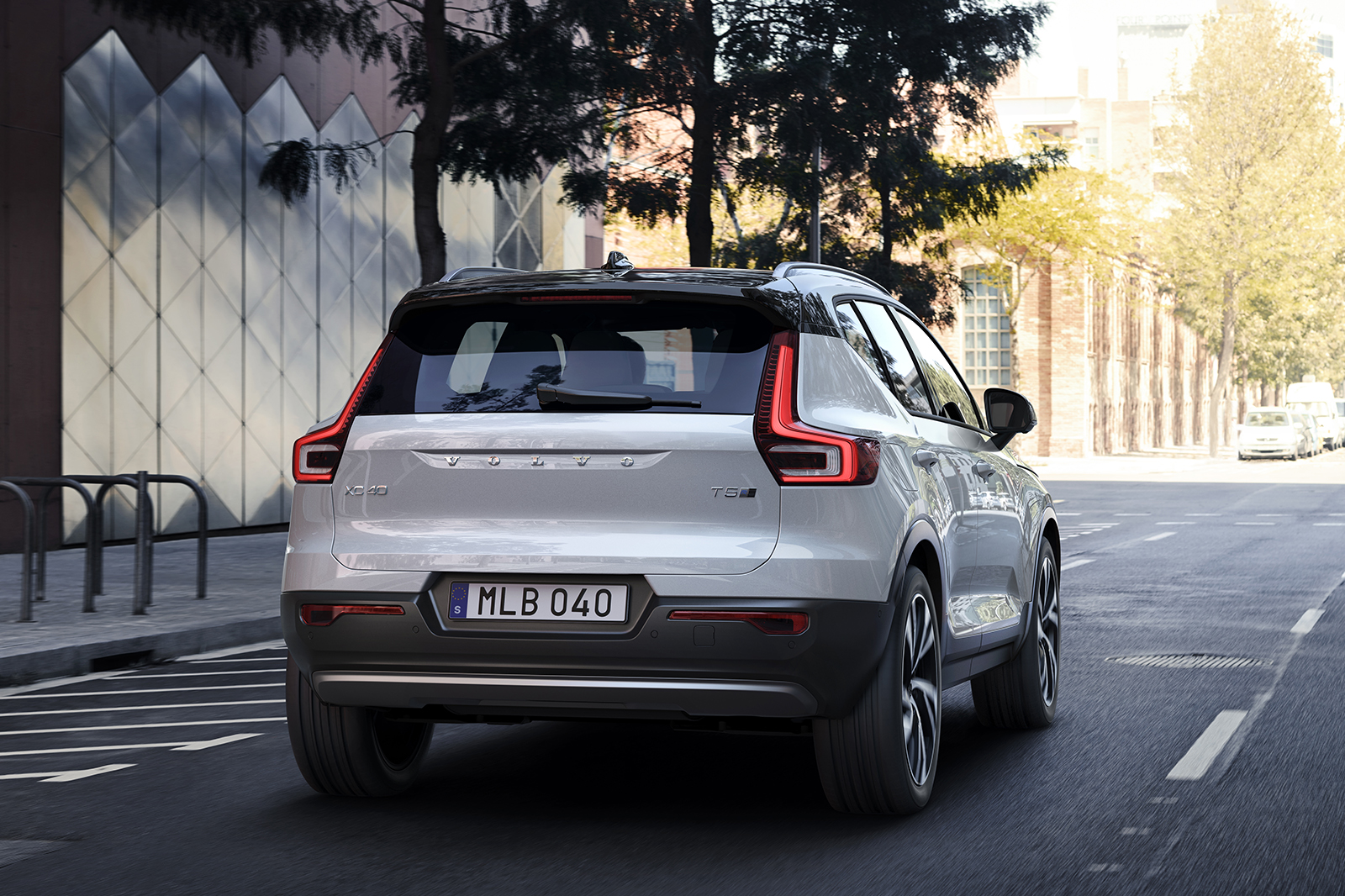 The exterior design is the work of young British designer Ian Kettle and incorporates both a clamshell bonnet and a distinctive upswept rear window. It avoids the low-roofed crossover-coupé look in order to target the younger buyers who Volvo says are looking for practicality as well as style. At 4425mm in length, the XC40 is a sizeable 263mm shorter than the XC60, but it is just 3mm lower and sits on a 2702mm wheelbase. Kettle says he wanted to create a car that looked like a “tough little robot”. Sizeable wheels will be standard, with 17in being the base fitment although most versions will ride on on 18in or 19in rims, with up to 21in available as an option.

Inside, the XC40 is more radical. Volvo will fit a 12.3in thin-film transistor (TFT) instrument display as standard, as well as a 9in touchscreen in the centre of the dashboard in a portrait configuration – the same system fitted to the bigger XC60. Connectivity will be comprehensive, with Apple CarPlay and Android Auto standard on all versions. However, despite pitching it as a premium product, Volvo is not using conventional 'luxury' materials, with trim including felt for door pockets and textured plastic in place of the more traditional wood or metal panels. In the pre-production cars we saw, this included a dashboard front  with an embossed pattern based on a street map of Gothenburg.

Stowage space is generous and includes a pop-out rubbish bin between the seats and exceptionally capacious door pockets, with extra space created by the repositioning of the low-mounted speakers. Instead, the audio system uses a woofer within the dashboard to create low frequencies, accompanied by high-mounted tweeters. Boot space of 460 litres with the rear seats in place means a bigger boot than the Range Rover Evoque, with a lifting floor incorporating both hidden storage and a compartment to stow the parcel shelf when removed. Space is generous for those in the front and reasonable in the rear, although the heavily upswept side window profile will make it hard for smaller occupants to see out. 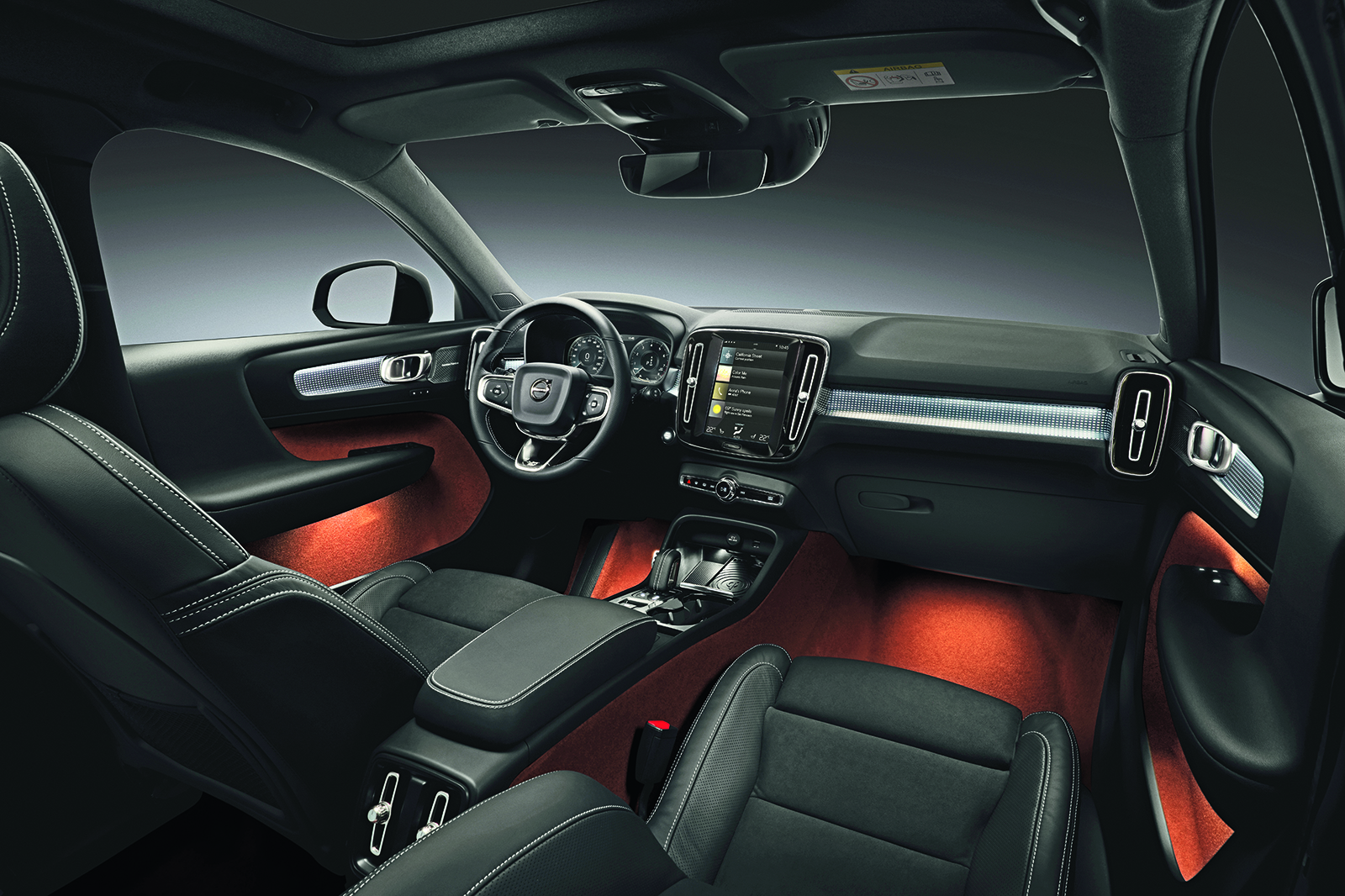 Underneath, the XC40’s engineering is almost entirely conventional. The clever part of CMA is how adaptable it is for cars of different sizes and using different powertrains. The bodyshell uses steel rather than any expensive alloys, with MacPherson strut suspension at the front and a multi-link rear axle.

Two powertrains will be available from launch in the UK, both using turbocharged 2.0-litre engines and numbered according to Volvo’s established power principle. The range-topping T5 petrol will have 247bhp and 258lb ft and the D4 diesel will have 187bhp, both getting all-wheel drive through a part-time Haldex system and an eight-speed autobox as standard. Front-wheel drive and manual gearbox versions will follow shortly, as will less powerful engines. We will have to wait longer for the innovative three-cylinder hybrid powertrain that Volvo confirmed last year, and the company says that an electric version is on the cards.

As you would expect for something wearing a Volvo badge, safety equipment will be comprehensive and give the smaller car a similar level of protection to the XC90. All XC40s have an active collision avoidance system that works at up to 40mph, including an oncoming lane mitigation feature that will intervene to steer the car back onto the correct side of the road if it spots an impending head-on collision. An optional enhanced IntelliSafe system will include semi-autonomous piloted cruise control that can work at up to 81mph, as well as a cross-traffic alert system capable of braking in the face of danger. 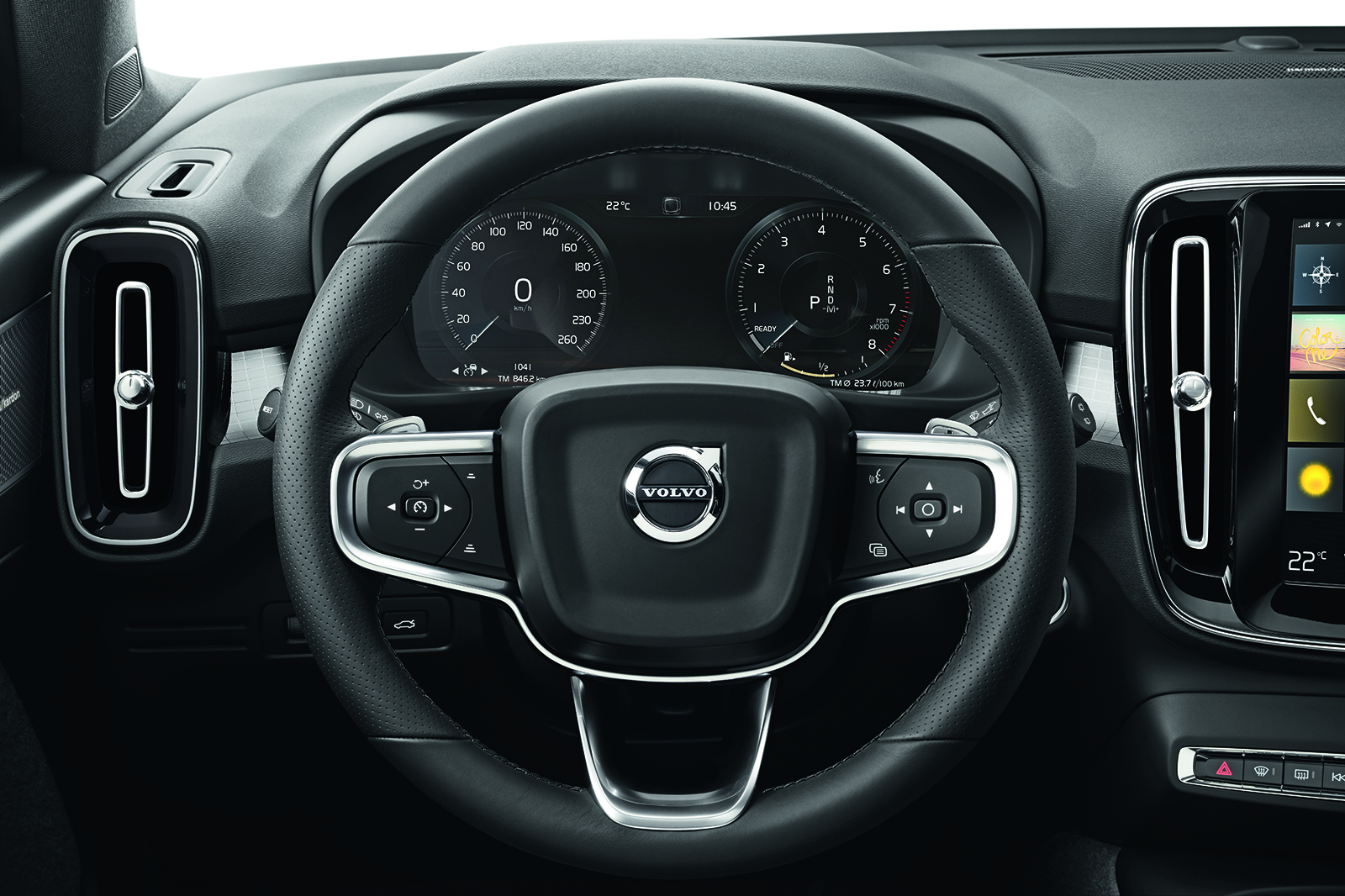 While the XC40 will be sold in different versions, Volvo doesn’t want these to be seen as conventional trim levels, with each getting unique exterior colour choices. The base Momentum will have generous standard equipment as well as the option of a white roof, while the sportier R-Design gets a gloss black roof as standard and more visual adornment including bright exhaust finishers (the Momentum has its tailpipes hidden). A range-topping Inscription, aimed at customers in search of more conventional premium trim, will be launched later.

Volvo admits that young professionals are moving away from buying cars and, as with Lynk&Co, the plan is to offer the XC40 through an enhanced leasing scheme that the company describes as a 'subscription service' and which will be branded 'Care by Volvo'. In the UK, this means one payment for leasing, maintenance, insurance and concierge service, and the ability to swap the car for another model from the Volvo range for up to 14 days a year. The initial roll-out of Care by Volvo will likely be limited to the Greater London area, expanding outwards later.

The new Volvo is available to order now, with deliveries starting early next year.

The Brit designer behind the XC40

Car designers normally have to serve for years, often decades, before they get to put their name on a car, but 31-year-old Brit Ian Kettle scored a hole in one with the XC40. A sketch he did shortly after joining Volvo served as the basis for the exterior, which was created after a streamlined design process.

“It all connected," he says. "I was in the right place at the right time and also at the right stage of life – this was a very personal project.” 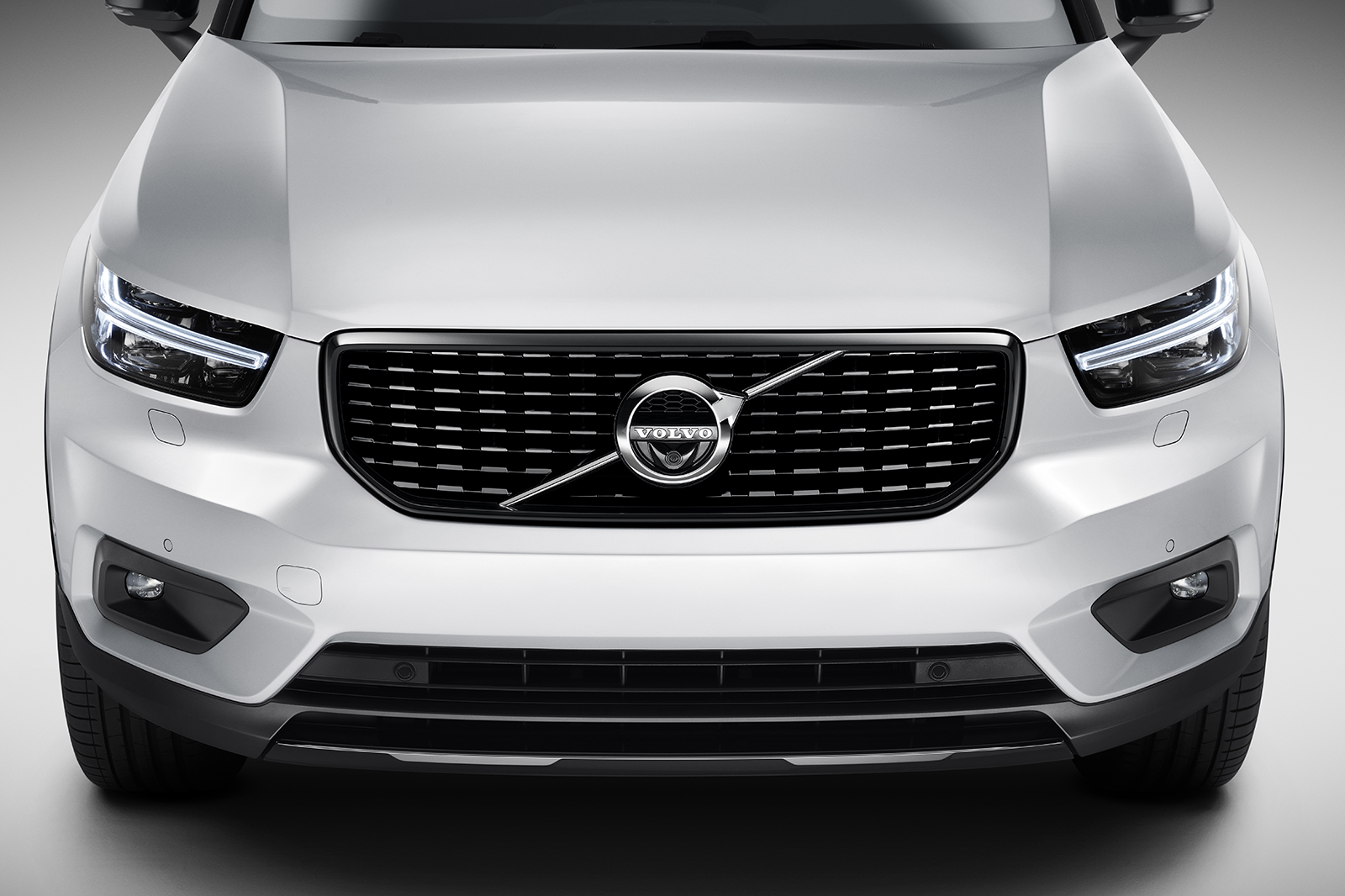 Working on a production car at such an early stage of his career has given Kettle some invaluable insight into the transition from concept to reality. “There’s a fundamental honesty to Volvo design, that’s a given,” he says, when asked if he considered making it more like one of the fashionable crossover-coupés with low rooflines and compromised interior space. “It’s aimed at a younger market, but it has to be practical and it’s not pretending to be something that it isn’t. We did consider having a hidden door handle at the back, but that was soon changed.” 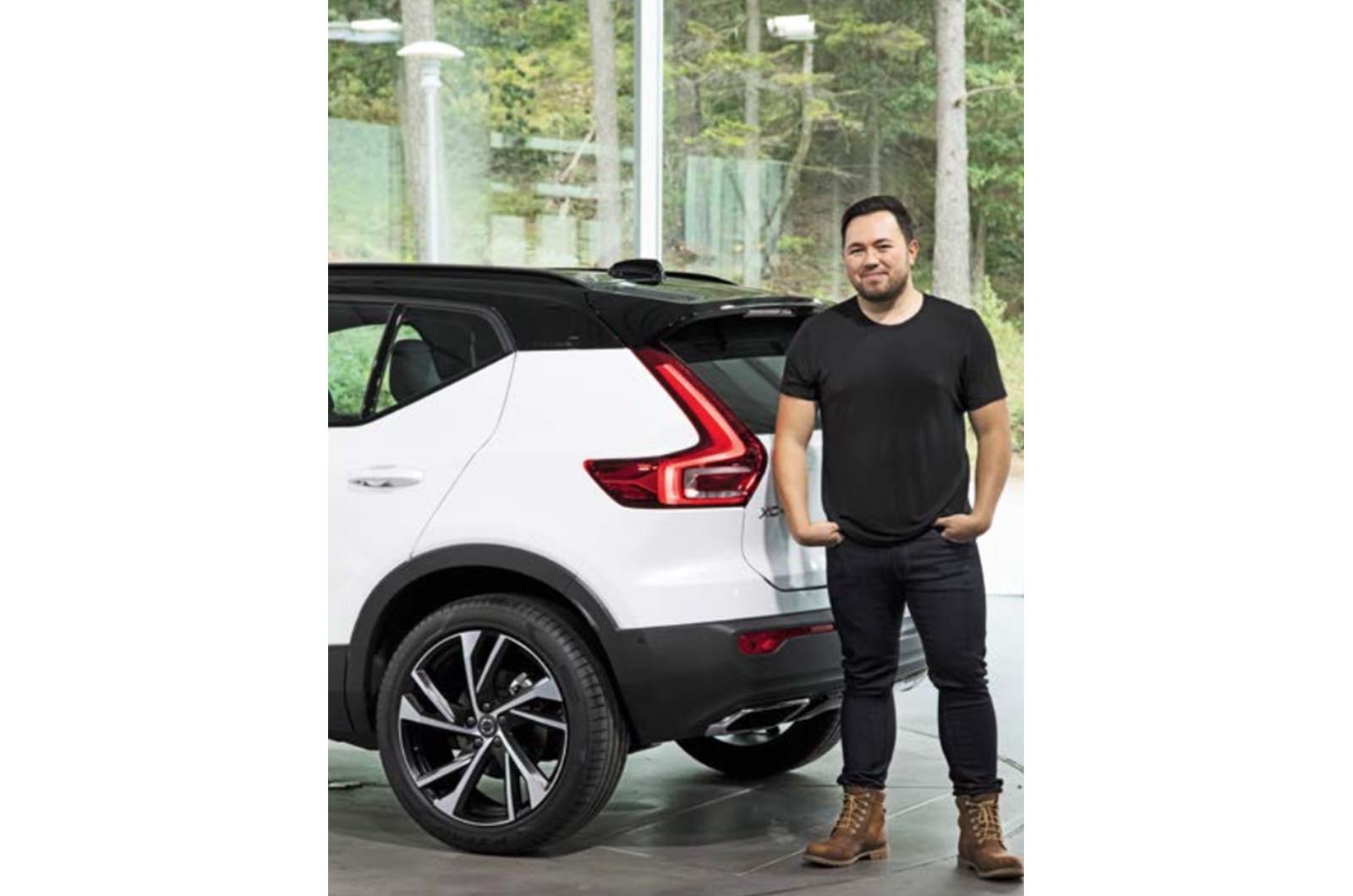 After graduating from the Royal College of Art’s elite automotive design course in 2012, Kettle interned at Bentley and also worked on the team that created the aborted proposal for a Caterham version of the new Alpine sports car. He also once did work experience  at Autocar.

Volvo leads the way, for now

This is what the replacement

This is what the replacement to Skoda's Yeti should have looked like, rather than the Tiguan / Ateca in drag which VAG are peddling.
bomb 22 September 2017

This would be in the bracket

This would be in the bracket of 'very posh 2nd car' so we could never justify it, but I really like it.

Just to correct something in the article, Apple CarPlay and Android Auto are only standard on the launch 'First Edition' and will be optional on everything else.The First Edition is actually decent value, loads every single option (about £10k) onto the R-Design Pro for just £3k more. They're only around until January when the regular range becomes available.

Yuk what a monstrosity! Just when you think SUVs cannot get any worse than the latest offerings from the Beemer factory Volvo goes and top trumps it with this. What an eyesore. It should come with blindfolds