BMW is to launch a wave of new performance models in the 50th anniversary year of its storied M division, among them some of the most powerful combustion-engined models it has yet produced and its first pure-electric sports cars.

As it hits 50 this year, M division is on the cusp of a transformative era that will see it phase out its range of petrol-powered coupés, saloons and SUVs to replace them with high-powered electric alternatives, in line with BMW’s pledge to ramp up EV production.

From 2025, the firm will usher in its third-generation EVs atop the all-new Neue Klasse platform, which will be entirely scalable for deployment in cars equivalent in size to both the BMW 2 Series and BMW X7. Capable also of hosting PHEV powertrains and hydrogen fuel cell systems, it will replace the FAAR and CLAR structure in use across BMW’s line-up, but not before those architectures have hosted an array of sporting models from M division.

Last year, M sold more than 160,000 cars to become the world’s best-selling performance sub-brand. Here’s what they’ve got in the works. 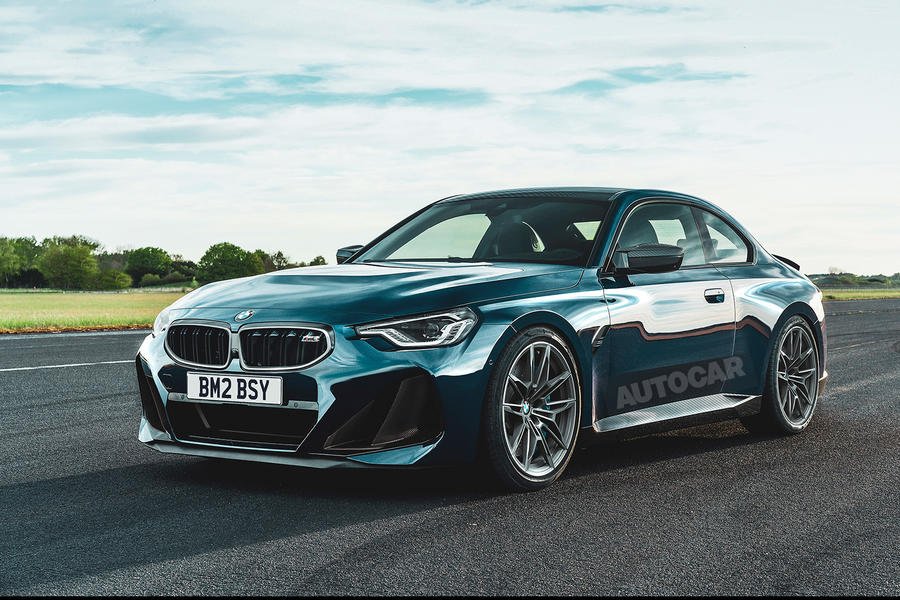 Perhaps the most keenly anticipated and highest-profile launch on BMW’s agenda for this year is that of the G87-generation M2, which will take the formula of the acclaimed Mk1 model and uprate it across the board to strengthen its position as a leader in the sports coupé segment.

The reinvented Porsche 718 Cayman rival is due in dealerships by the end of the year, which means a reveal is only months away. The second-generation 2 Series coupé on which it is based is already on sale, still with rear-wheel drive as standard in non-performance models and with a four-wheel-drive BMW M240i, which packs 369bhp and 369lb ft, topping the line-up.

BMW’s finest driving machine gains two famous letters but do they lift it to icon status?

Power for the M240i comes from BMW’s B58 straight six, but the M2 will use a variant of the more highly strung S58 found in the larger BMW M3 and BMW M4. It will endow the M2 with up to 430bhp in top-flight Competition guise (the only model sold in the UK), representing a 20bhp hike over the previous car and putting it just 73bhp shy of the M3 and M4. Expect the 0-62mph time to come down closer to the four-second mark as a result.

BMW’s commitment to the ‘puristic’ driving experience of its junior M model extends to a standard-fit six-speed manual gearbox, a more rigid body shell and suspension set-up and the same 50:50 weight distribution as the M240i. 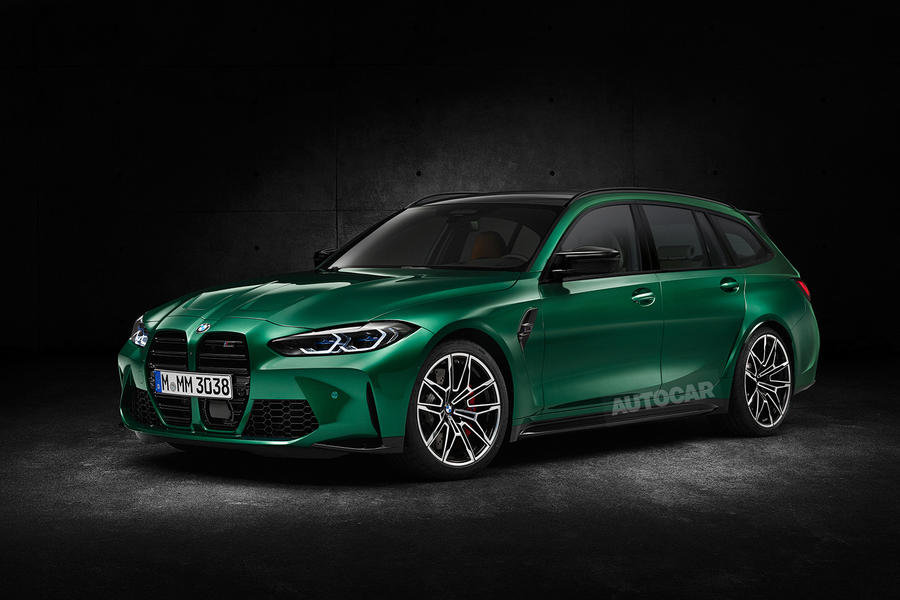 The BMW M3, currently in its 36th year of production and sixth iteration, has not yet been made available in BMW 3 Series Touring guise, despite being sold alongside the standard BMW 3 Series estate since its launch.

Now, however, M division is nearing completion of the first-ever M3 Touring, which is tipped to arrive in the next few months and will be among the quickest and most potent estate cars on sale.

Test mules remain thickly camouflaged, but even several months out from the car’s unveiling, it is clear the G81 M3 Touring will be differentiated from the saloon only by its extended roof.

The vertically oriented grille from the M3 and M4 is carried over – a departure from the horizontal face worn by the standard Touring – and flared arches, Competition alloys and quad-exit exhausts will help separate it from other angles.

It will use the S58 straight-six engine, but like the M3 saloon will pack 503bhp in Competition form and, despite around 80kg of extra weight, is expected to broadly match that car’s performance stats, with the potential to shade the V6-powered Audi RS4 Avant.

It is expected to arrive at roughly the same time as BMW reveals a series of updates for the wider 3 Series range, lining the M3 Touring up to receive the firm’s eighth-generation iDrive infotainment platform, as pioneered by the BMW iX and BMW i4 EVs. 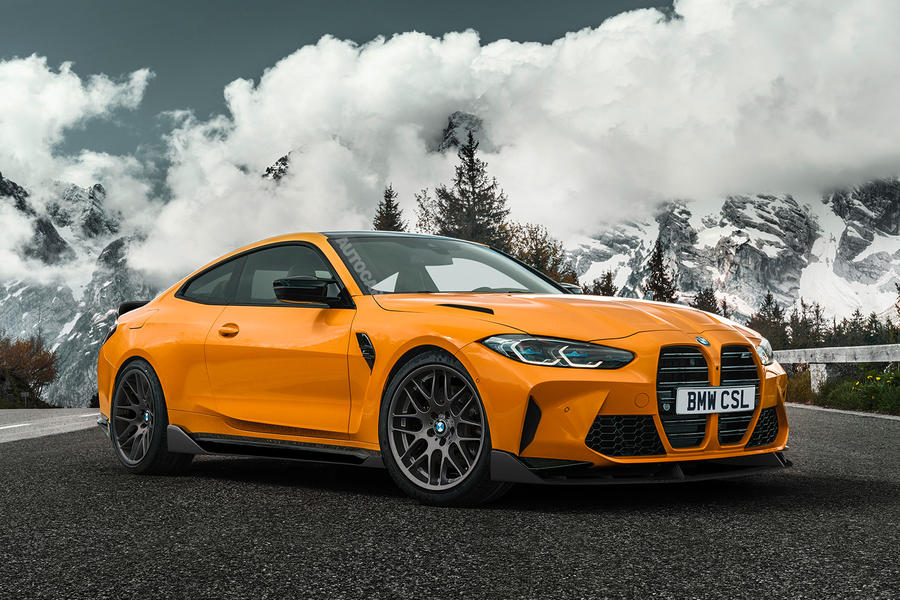 While the M3 gets a more practical estate option, the M4 coupé will be offered in a hardcore track-focused guise, with enhanced performance and dynamics – and it could revive the hallowed CSL nameplate.

As with the original E9-generation BMW 3.0 CSL (for Coupé Sport Leichtbau, or lightweight), the exclusive M4 range-topper is expected to be heavily uprated, joining the similarly conceived BMW M5 CS in pursuit of faster lap times and segment-leading performance.

It will pick up where the previous-generation BMW M4 GTS left off and can be expected to adopt a similarly outlandish aero package, Alcantara-intensive interior, sportier suspension, carbon-ceramic brakes and lightweight body panels.

A power hike is also on the cards to further differentiate it from the M4 Competition, potentially courtesy of modifications derived from the M4 GT3 racer, which makes 582bhp from its 3.0-litre engine. 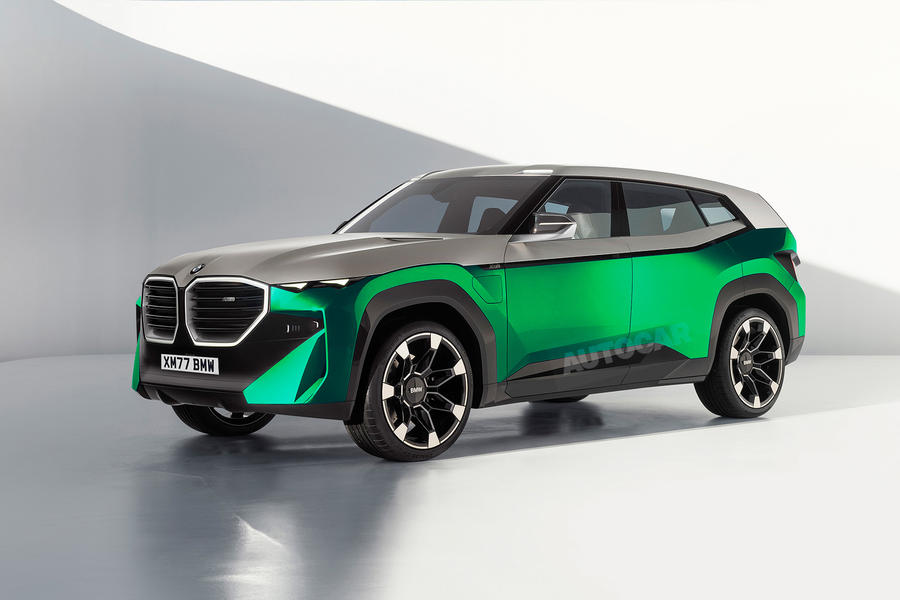 The XM is only the second bespoke model from M division, but it is poles apart from the mid-engined M1 supercar that spearheaded M’s push into road cars in the late 1970s.

Like that car, the XM will kick-start a radical new era for Munich’s performance brand, being the first model in the division’s portfolio to adopt a plug-in hybrid powertrain. As previewed by last year’s Concept XM, this will take the form of a petrol-electric system built around the firm’s venerable 4.4-litre V8, as used by the M5.

With a single electric motor boosting its combined reserves to 740bhp and 734lb ft, it is set to be the most powerful road car BMW has yet produced, and while it is likely to weigh well over two tonnes, it will also be among the fastest. A projected electric range of 50 miles from a battery of more than 20kWh in capacity will also give the XM one of the longest engine-off ranges of any BMW PHEV.

The production car, tipped to be revealed towards the end of this year, will largely retain the outlandish exterior styling and radical new interior treatment shown on the concept, which hints at a stylistic shift for BMW M’s electrified cars. The next-generation M5, however, which will use a variation of the V8 PHEV drivetrain, will be more traditionally styled when it arrives in 2023. 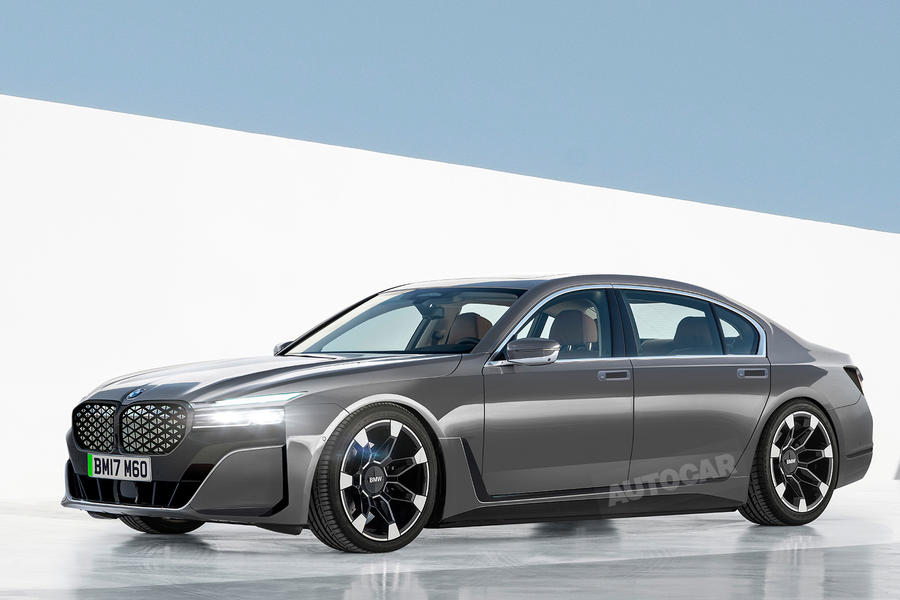 The top-rung M version of the all-new and all-electric i7 saloon will launch alongside the eighth-generation 7 Series later this year.

BMW’s answer to the Mercedes-Benz EQS will share its CLAR platform and fifth-generation eDrive powertrain with the new BMW iX SUV. That means it will be available in performance-oriented M60 guise, with a twin-motor set-up giving 611bhp and 811lb ft for a sub-four-second 0-62mph time and a top speed of 155mph – figures that will make the M60 the quickest 7 Series yet produced.

The model’s dynamic credentials will be bolstered by a wheel-slip limitation function and M-tuned self-levelling air suspension, while an array of M-specific displays, sounds and colour schemes, as well as a raft of extra equipment as standard, will help mark it out from the standard i7. 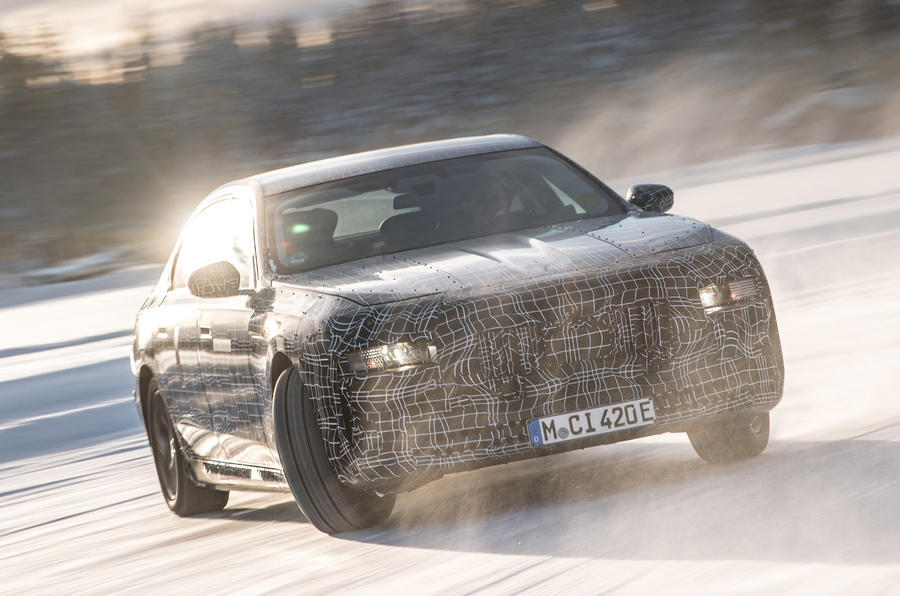 BMW has yet to launch a full-fat M version of its largest saloon, but the XM and next-gen M5 are unlikely to be the only models in the portfolio to use the new electrified V8, meaning an M7 hybrid with supercar levels of power and pace could become reality.

Such a model would serve as a direct rival to the upcoming Mercedes-AMG S63 E Performance – itself a rapid luxury saloon with an electrified V8 – and in effect replace the V12-engined BMW M760i, which finally goes out of production later this year.

The Ssanyong Rodius of 2022, yet somehow even more unsightly.

M2 in Yellow please, and M3 touring in Blue also, may not be the best in some peoples eye, but either would put a big big smile on my Face when driving.