BMW’s M division has celebrated its 50th anniversary with only the second bespoke model in its history: the XM.

Closely previewed by this show car, the Concept XM, the large SUV will be BMW M’s first-ever electrified model, with a high-performance 740bhp plug-in hybrid powertrain built around its famed 4.4-litre petrol V8.

In positioning, the XM will sit atop the BMW range and target models such as the Audi RS Q8, Porsche Cayenne Coupé Turbo S E-Hybrid and Range Rover Sport SVR. 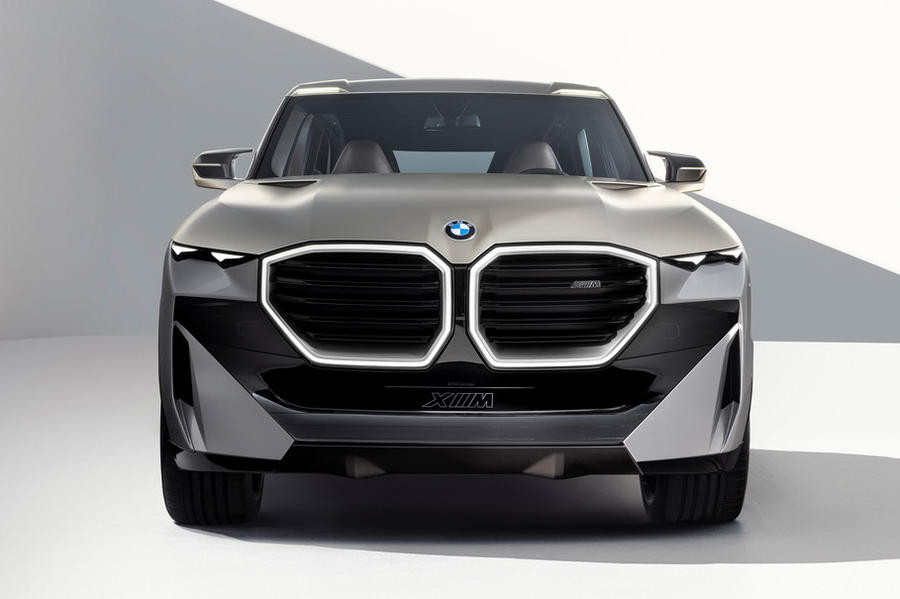 Derived from the BMW X7, it is effectively an X8 if you follow BMW’s traditional naming convention, whereby the more rakish, coupé-style versions of its SUVs get even-numbered names. However, the XM will be sold solely as an M car – the first and only BMW since the seminal M1 supercar of 1978 to claim that exclusivity.

It gets completely bespoke styling, drivetrain hardware and technology to further justify its creation and positioning; and it departs much further in its styling from the model on which it’s based than the BMW X4 and BMW X6.

The Concept XM made its public debut in Miami, Florida, which is significant, as the US will be by far the largest market for the production car. UK sales will come, however, most likely by summer 2023. Production of the model will begin at Spartanburg, South Carolina – BMW’s largest plant in the world and the home of its SUVs – later in 2022.

The Concept XM’s PHEV powertrain will be one of a number of features to make it to the production car largely unchanged. BMW hasn’t revealed too much specific information, but central to it is the firm’s twin-turbocharged V8 engine. This works with a single high-performance electric motor that, following BMW convention, is expected to be mounted within an eightspeed automatic gearbox and drive all four wheels. 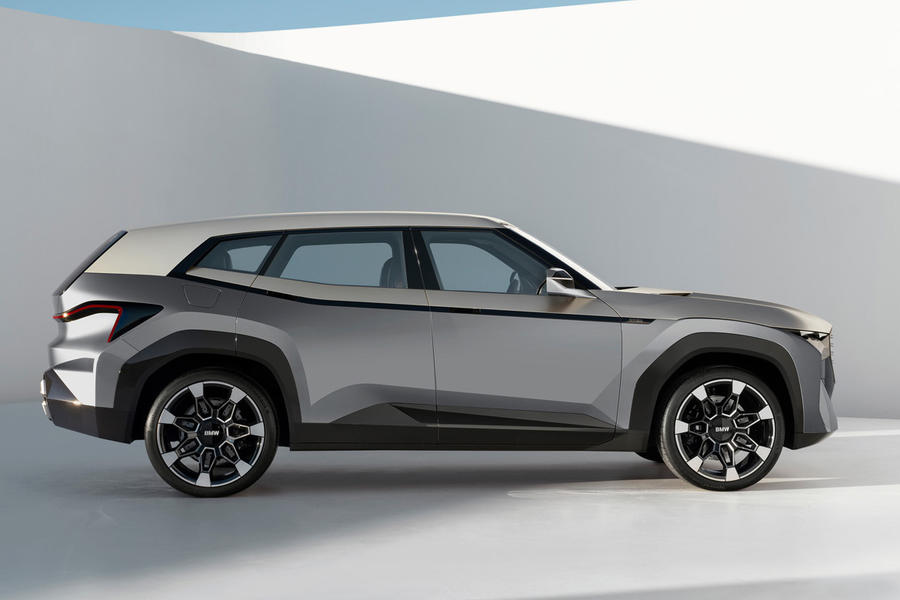 A battery with a capacity of greater than 20kWh features, promising an electric-only range of up to 50 miles. Total system output is rated at 740bhp and 734lb ft, making this by far the most powerful BMW road car yet. The petrol-powered M5 CS currently wears that crown but will be outgunned to the tune of 114bhp by the XM.

This is a powertrain that, according to recently returned BMW M boss Frank van Meel, is already destined for other M models, most likely next-generation versions of the X5 M, X6 M, BMW M5 and BMW M8, all of which currently use the V8. To that end, he refers to the Concept XM as the first approach in a “step-by-step electrification of our brand”.

Another notable feature of the production XM will be its positioning as a luxury SUV as well as a sporty one. Van Meel said that M car owners had been asking for more luxury to go with the performance and this is the first example of that new strategy being carried through to production.

Indeed, BMW design boss Domagoj Dukec described the model as being “an extravagant statement by BMW M in the heart of the luxury segment”. That luxury interior focus is shown through richer material choices, including vintage brown leather for the front of the cabin, teal diamond velvet for the rear seats and copper and carbonfibre trim elements. Materials in the front and rear deliberately contrast to highlight the front as a sportier, more driver-focused area and the rear as the more luxurious “M Lounge”. 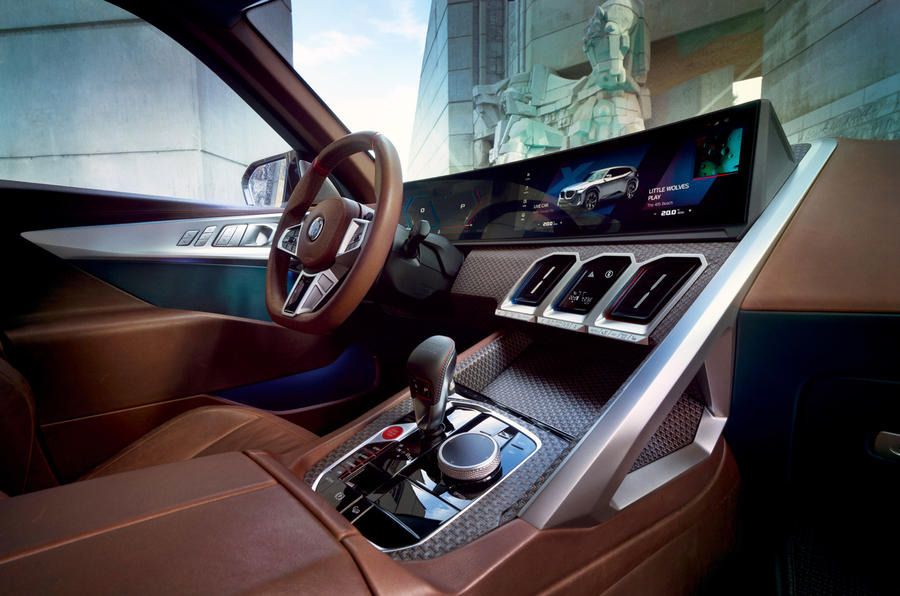 The Concept XM ushers in a distinctive and angular new exterior look for the M sub-brand. At the front, the substantial reimagined kidney grille is framed by LEDs and the headlights have been split, with slim LED strips at the top and main/ dipped-beam lights below.

The concept wears a new two-tone paint finish. The Space Grey lower section is separated from the matt gold-bronze upper by a glossy “black belt” that rises towards the rear to meet the falling roofline, creating a very fast profile for the window shape.

The rear treatment is even more dramatic. Features include slim, L-shaped LED tail-lights that are black when not illuminated, twin sets of vertically stacked, hexagonal-shaped exhausts (which are fully functioning and deliver an “emotionally rich” sound), a vast diffuser and a BMW roundel etched into the rear window, in reference to the M1. 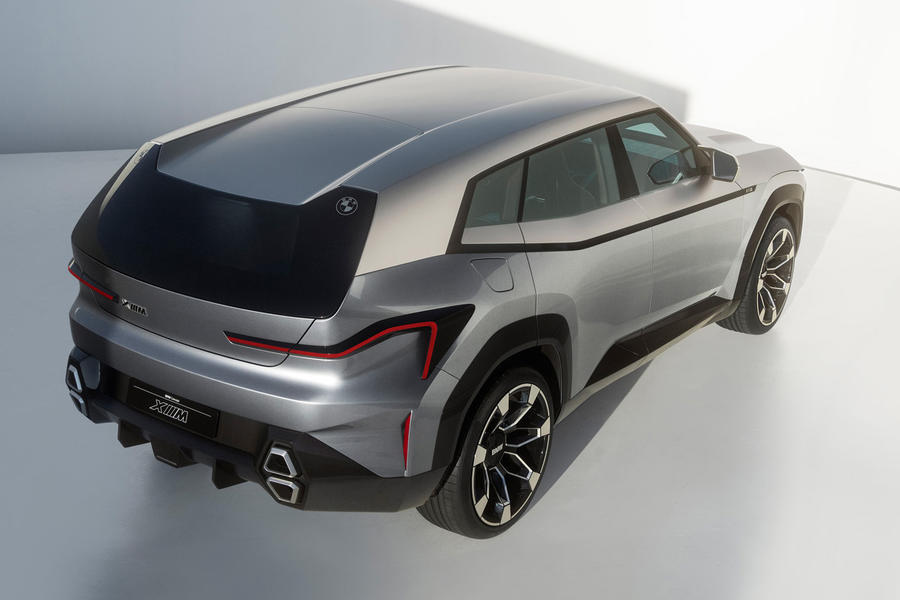 The concept’s dimensions have not been shared, but the production car is likely to mirror the 5151mm length and 1990mm width of the X7, which is already BMW’s largest car, offering seven seats.

We know the concept rides on large, 23in alloy wheels, but no other chassis specifications have been revealed. However, the X7 is underpinned by a double-wishbone front and five-link rear suspension set-up with electronically controlled damping and air springs. Rear-wheel steering is also expected to feature when the production XM is launched. 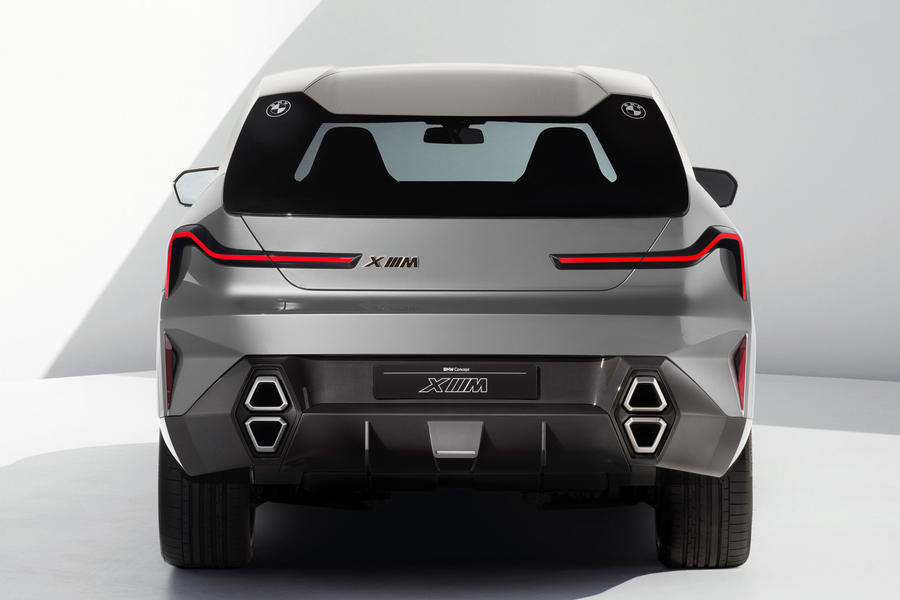 Is this shift to luxury a new approach for the M division?

“The feedback from our customers is that they love our cars but would want even more expressive luxury from them. This is what we’ve done here. It’s the next step for us at M: expressive luxury.”

How close to production is the Concept XM?

“To say exactly is hard. It really is more than 90%, but there will be so many detail changes, as many of the features, such as the darkened numberplate, can’t be homologated. So these things will be approached in a different way.”

Why is it a hybrid?

“We’ve said we will go electric this decade with all our models. We have it already with M Performance in the i4 and the iX, but this is now the first high-performance electrified M.”

Is this the V8’s last hurrah?

“I wouldn’t say that, because our customers still have a big demand for V8, so we won’t shut them off. But to electrify the V8 allows us to keep it on the market longer.”

Why not a full EV?

“We have a lot of markets that aren’t able to be fully electric yet. And with a high-performance car, electric technology really needs to be pushed further; and only the Porsche Taycan has done that. The US is our biggest market, and the feedback from them was not to go electric and they wished to keep a V8.

“Sales of M in 2019 in the US were our strongest ever, with huge demand for the X5 M and X6 M. So this is a vote from our customers to go in that direction, and push the V8 to hybrid. It’s a big step to go hybrid, but customers do expect this.”

Wow, can BMWs get any uglier!!!!! Who is responsible for this monstrosity?

artov 1 December 2021
Looks like a teenager got some design software for Christmas and this is their first go at using it. Barf.
Pietro Cavolonero 1 December 2021

Maybe in its own way BMW are paying homage to the Citroen XM which was quite futuristic at the time, though this is just hideous. They only upside is that I prefer it to the Rolls Royce Cullen