BACK TO ALL NEWS
Currently reading: New 2021 Hyundai i20 N brings 201bhp for £24,995
UP NEXT
Renault Zoe given zero stars in Euro NCAP safety tests

Hyundai’s long-awaited challenger to the Ford Fiesta ST, the i20 N, will be priced at £24,995 before options when it goes on sale in the coming weeks. Described as a “race-track-capable hot hatch”, it is said to take inspiration from the brand’s successful i20 World Rally Championship car.

At the core of the i20 N’s performance aspirations is a new 1.6-litre turbocharged four-cylinder petrol engine. Tuned for 201bhp and 203lb ft, it is sufficient to achieve a quoted 0-62mph time of 6.7sec and a top speed of 143mph.

Hyundai claims one of the best power-to-weight ratios in the class, at 169bhp per tonne, compared with 156bhp per tonne for the 197bhp Fiesta ST.

The new engine uses an uprated turbocharger and intercooler, plus a 350 bar fuel injection system and Hyundai’s new Continuously Variable Valve Duration (CVVD) technology. CVVD is claimed to boost both performance and fuel efficiency compared with a traditional set-up. 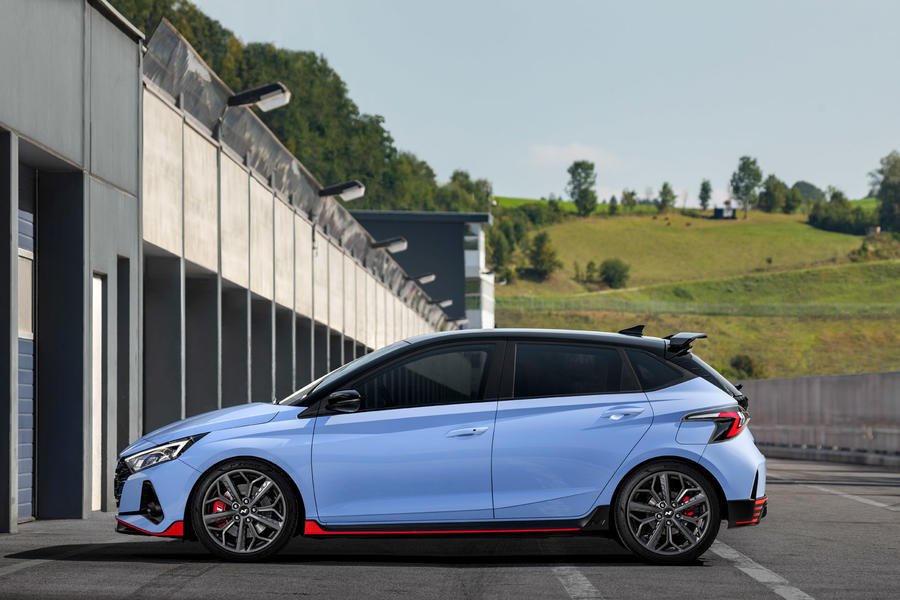 The engine is mated solely to a six-speed manual gearbox that is said to be “refined and reinforced” for the i20 N and uses rev-matching tech for smoother downshifts. Launch control also features and an optional mechanical limited-slip differential (called N Corner Carving Differential) allows the front wheels to make the most of the power on offer.

Hyundai has retuned and uprated the chassis of the standard new i20 for the N model, resulting in a number of redesigned components and geometry changes. The steering is specially calibrated, too, and the front brakes are 40mm larger than the standard car’s.

Like the bigger i30 N, the i20 N offers substantial driving mode customisation via what Hyundai calls the N Grin Control System. Five modes, including a custom setting, allow drivers to adjust the engine response, stability control, transmission, steering and exhaust sound parameters. The last of these includes both a valve for the exhaust and, internally, a sound generator to enhance noise.

The new model receives a wide-ranging cosmetic overhaul to mark it out as an N division product. The exterior is said to combine “elements of Hyundai’s rallying heritage with the company’s latest Sensuous Sportiness design identity”. 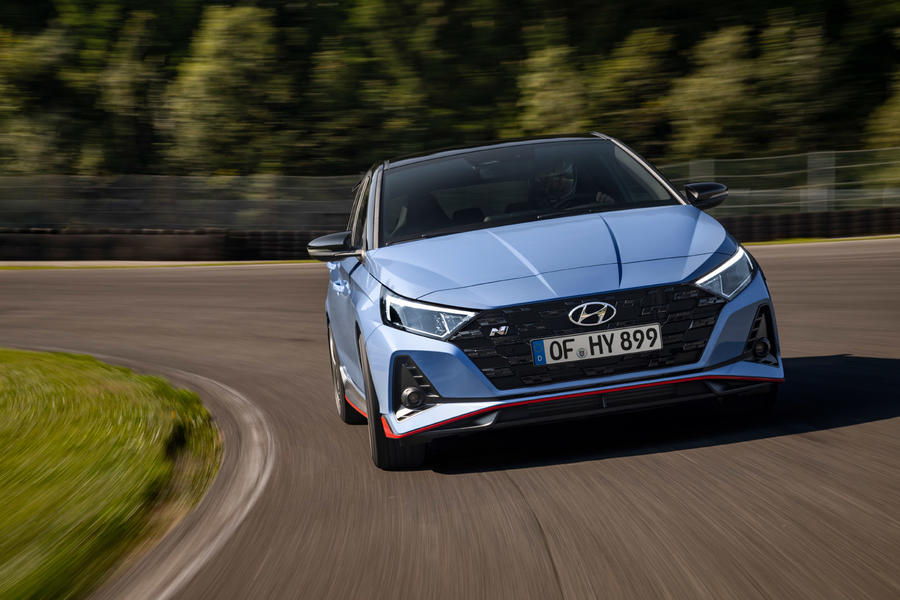 The front has a redesigned bumper with larger intakes, a red-accented lip spoiler and N badging, while red detailing extends to the enlarged side skirts and the chunky faux rear diffuser. A large single-exit exhaust features, but the most noticeable rear addition is a downforce-boosting roof spoiler. Seven exterior colours are available and matt grey wheels cover N-branded brake calipers.

Inside, there are new sports seats with integrated headrests, plus N branding for the steering wheel, gearknob and pedals. Black is the sole available colour, but there are accents in Hyundai N’s Performance Blue throughout.

Specific tech features include LED ‘red zones’ for the rev counter that vary according to engine temperature. There’s also Hyundai’s SmartSense system, with an extensive tally of driver assistance features.

Log in or register to post comments
FastRenaultFan 18 June 2021
Great looking little cars and they are not really that small either. Red really suits them. They look so much better in the metal than in pictures. This will look great in the real world just like I30 N looks great too. So much better than some boring German thing.
artill 17 June 2021

Another hot hatch, when every other new car is an EV should be something to celebrate, and maybe for some this is, but its an awful looking thing. They took their dull small car and added stuff, and kept adding, and then for good measure, added some more stuff.

A Yaris is £5k more, for which you get more power fewer doors, and 4 wheel drive. Makes the Yaris seem a total bargain to me. There should be space for both, but i think this is too expensive. Maybe it drives well enough or the 5 year warranty stops you buying the Fiesta. But the Fiesta is £3k cheaper.

There wont be many more new hot hatches with petrol power and a manual box, so i wish Hyundai had done a better job with this. (the Kia Rio is pretty much the same car underneath and a much better looking thing to start with so maybe we will get a fast version of that one day?)

Bob Cat Brian 17 June 2021
Looks like a caricature, just as a super mini hot hatch should. Hope it does well
View all comments (14)