BACK TO ALL NEWS
Currently reading: New 2021 BMW i4 makes UK debut ahead of autumn sales
UP NEXT
New 2022 BMW 3 Series brings redesign and tech upgrades

New 2021 BMW i4 makes UK debut ahead of autumn sales

Final i4 shown at Goodwood ahead of a market launch three months early, in line with BMW's accelerated EV plans
Open gallery
Close

BMW has revealed the final, production-spec version of the new BMW i4 saloon to the UK public for the first time at this year's Goodwood festival of speed, as it gears up to launch the Tesla Model 3 rival three months ahead of schedule.

"The decision to launch three months early was easy," according to CEO Oliver Zipse, who outlined how BMW is "picking up the pace" with respect to the electrification of its line-up. Full specifications will be announced in the coming weeks.

The i4 will go on sale alongside the i3 electric hatchback, new iX3 mid-sized SUV and iX flagship in BMW's expanding electric line-up. By 2023, the firm will have 12 pure EVs on sale worldwide, with an electric option available in 90% of its current market segments.

The i4's production-spec debut comes as BMW unveils a plan to radically overhaul its approach to electric car development from 2025. 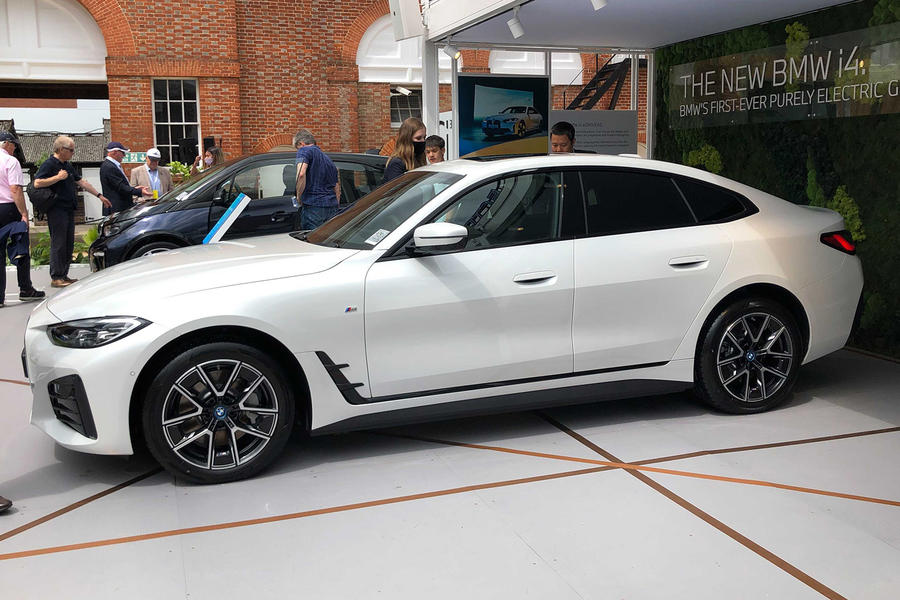 The 'Neue Klasse' transformation process will see the firm usher in a radically new design approach and place a heightened emphasis on technology and software. A new modular powertrain family will also be introduced, as will more efficient battery technology and greater use of recycled materials in the production process.

The final i4 stays true to the design of last year's production-previewing concept and is clearly visually related to the combustion-engined BMW 4 Series that went on sale late last year. The upcoming 4 Series Gran Coupé will be largely identical to the exclusively four-door i4.

Precise technical specs remain under wraps, but we know the range-topping model - likely badged i4 M - will send up to 523bhp to both axles and offer a range of 367 miles. A 0-62mph time of around 4.0sec and top speed of more than 124mph are likely. 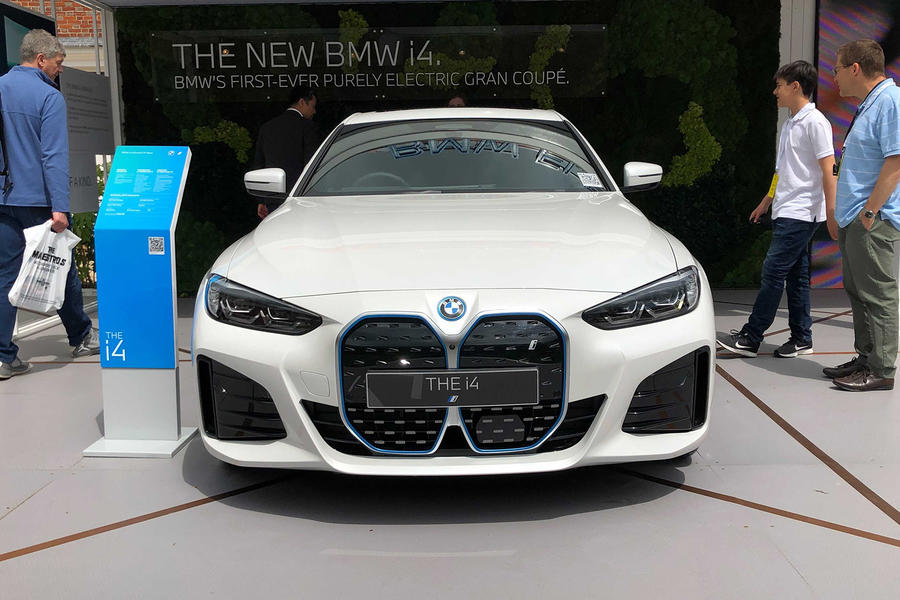 The i4 is based on a modified version of the CLAR platform, which underpins the current BMW 3 Series and 4 Series, accommodating battery packs of up to 80kWh capacity. An entry-level rear-wheel-drive variant with a smaller battery will also be available, as is the case with the larger iX.

The i4 will use BMW's new eighth-generation iDrive operating system, shared with the iX flagship, which allows for over-the-air updates and greatly reduces the number of physical controls in the cabin - although it retains the characteristic rotary knob that has been used for every iteration of iDrive since it was introduced 20 years ago.

Log in or register to post comments
oop north 12 July 2021
A shame that the journalist hasn’t checked the uk bmw website, which makes it clear (assuming I can read) that the m50 version does not have 366 miles range (the 40 has that) and only has 316 miles range. So you cannot get the fastest version with the longest range. Unlike on the iX where the faster version has the longer range
HiPo 289 8 July 2021

Great to see more fully-electric BMWs coming through, but I'm still waiting for more sports-oriented models like an iM coupe and an iZ4, etc.  Hopefully those will arrive soon-ish too.  The worry is that some of these legacy companies will go out of business in the next 10 years because they can't keep pace with electrification.  Hopefully BMW won't be one of them.

I wholly suggest to the name sayers who posted on here, go find BMW's own video on YouTube about this car and BMW's future plans, the i4 still looks like your BMW of today,ok, there are some updated bits, but on the whole, this is what I'd buy because it looks like a car as apposed to some that look like your getting into a machine you press buttons to operate,it's a good video,shows you a lot about how they developed the car from concept to production ready, and it's not patronising either.