BACK TO ALL NEWS
Currently reading: BMW iX and i4 to adopt eighth-gen iDrive system
UP NEXT
Rodin FZero: V10 weapon aims to be world's fastest car

BMW iX and i4 to adopt eighth-gen iDrive system

BMW has detailed its new iDrive control system, confirming it will be launched in the electric-powered iX SUV before featuring in the i4 saloon later this year.

Described as the “most powerful “ yet developed by BMW,  the eighth-generation system comes 20 years after iDrive made its debut in the fourth-generation 7-series, bringing with it the rotary controller and central display that continue to play a key role in the latest incarnation of the German car maker’s operating system.

Underpinning the changes is a new generation of high-resolution displays and touch controls – all supported by a significantly upgraded software package aimed at improving the speed of commands, allowing a broader range of personalized functions and more extensive over-the-air software updates with significantly faster download speeds.

The most distinctive addition to the physical components is BMW’s new curved display. In the iX, it groups a 12.3-in instrument display together with a 14.9-in infotainment display in a single panel with a resolution of 200ppi. The free standing display is mounted atop the dashboard and angled slightly towards the driver. 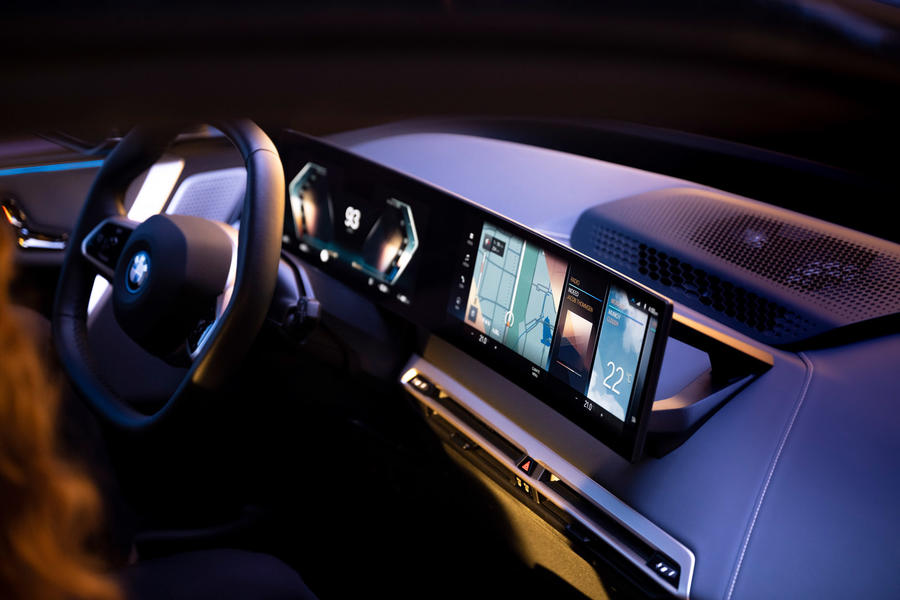 The functions housed within the curved display can be operated either by a rotary controller mounted within the centre control with a touch function or alternatively via touch screen, conversational speech and gesture controls.

New three-dimensional graphics and operating menus are used for the curved display, bringing what BMW calls a “more immersive user experience” and “greater detail” across three different modes: Efficient, Sport and Individual. An additional “Calm” mode allows the driver to reduce the amount of information to just the speed of the vehicle. Further modes are planned to be developed and made available for download, according to BMW.

In a departure from the existing seventh-generation iDrive system, BMW has added a new “My Modes” function. It replaces the Drive Experience Control, allowing the driver to pre-set up to 10 different parameters.

BMW says the adoption of the new iDrive system has allowed it to reduce the number of physical buttons by half; the climate control, air conditioning and other ancillary functions are operated digitally. 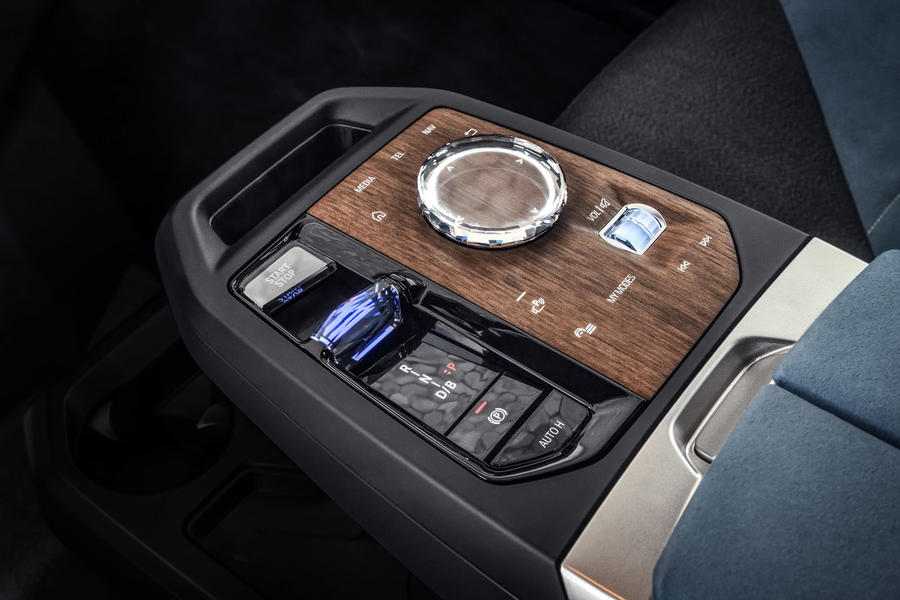 The eighth-generation iDrive is the first from BMW to support 5G networking with high data bandwidth for faster over-the-air software updates and what the German car maker calls over-the-air retrofitting which allows owners to upgrade functions such as the lighting and driving assist systems in markets where the technology is supported.

As part of the upgrades brought to BMW’s new iDrive system, the digital services for the navigation, parking and charging are now fully integrated into BMW’s cloud-based Map system. It uses probability models based on information provided by HERE map – the former Nokia company now controlled by BMW, Audi and Mercedes-Benz.

At least they have kept the iDrive controller - by far and away the best, and safest, way to secondary control car functions.  However, primary controls such as HVAC, lights etc should still be operated by conventional buttons IMO.

I know you hardly touch temperature dials, you certainly don't need to if you know how climate control works, but you still need to occasionally override the auto setting and having to do this through a menu system is a pain and sometimes dangerous.

And another manufacturer goes down the cheaper touchscreen route but as it is all singing dancing new technology charge a lot more for it. You can't hold your phone when driving for safety reasons but you are expected to be able to control a car via 3-4 touchscreens and no physical buttons.

Who is actually going to buy an iX? It's literally the ugliest looking walrus looking van I've ever seen. It makes the i3 look attractive which is something I never thought would be possible.

Who is actually going to buy an iX? It's literally the ugliest looking walrus looking van I've ever seen. It makes the i3 look attractive which is something I never thought would be possible.

it's actually uglier than the Ssangyong Rodius

It's uglier than a Mitsubishi Mirage G4. Lol.