BACK TO ALL NEWS
Currently reading: New 2020 Seat Leon leaked online ahead of unveiling
UP NEXT
Dacia bosses "fighting tooth and nail" to bring Spring EV to UK

The new Seat Leon has been partially revealed in new images posted online ahead of the new Skoda Seat's official unveiling today.

UPDATE: The new Leon has been officially unveiled. Click here to see it

The pictures were posted by Instagram user CochesPias, and show the front and rear ends of the Ford Focus rival fully unwrapped. Visible details include an angular front grille design mirroring that of the firm's large Seat Tarraco SUV, and the horizontal rear light bar shown in official preview images released by Seat.

Seat hasn’t been shy of dropping teasers of the new Leon ahead of its unveiling. In December it released a video showing details of the model, and recently gave us a look at the upcoming car’s rear in a new image. Seat insiders have called the new car the biggest step forward in the model's history, with a significant improvement in cabin technology and the introduction of variants with electrified powertrains.

The all-new SEAT Leon will be unveiled on the 28th January 2020. Here's a sneak peek of it before then! El Born EV, a new design of rear name badge than on the outgoing car and the return of full LED headlights. The new Leon is also set to gain ambient lighting features in the cabin.

Despite claims of a radical new design direction beginning with the Mk4 Leon, prototypes feature an evolutionary look. Seat is gradually moving away from straight edges and sharp angles for future models, and this mule's curvier front-end demonstrates that.

The C-segment car will get a more advanced infotainment system - which can update maps, apps and functionality over the air - similar to that offered in the Mk8 Volkswagen Golf. Seat CEO Luca de Meo said: “For two years, we have been working on what will be the best infotainment system coming to market next year, starting with the Leon."

Along with the new cabin tech, the fourth-generation Leon will also be available with Seat's first plug-in hybrid powertrain to offer improved fuel economy as well as limited zero-emissions running. The plug-in Leon is billed as the model to kick-start Seat’s electrification ambitions, which will gain pace when its first truly bespoke EV, the El Born, is launched in 2020.

To signify its big stride forward, the upcoming Leon’s look has been described by brand design boss Alejandro Mesonero as taking “a bigger step” than the company has taken since the relaunch of the brand with the current Leon in 2012. “Sometimes you need to take a bigger step so as not to be obsolete. We’re ready very soon for the next, bolder step in design,” he said.

Rabe has previously told Autocar that the design and packaging of the five-door car will “not be a typical hatch" and that “it will create some desire”.

The next Leon will once again use the VW Group’s MQB platform, albeit a significantly updated version shared with the recently launched Mk8 Volkswagen Golf. 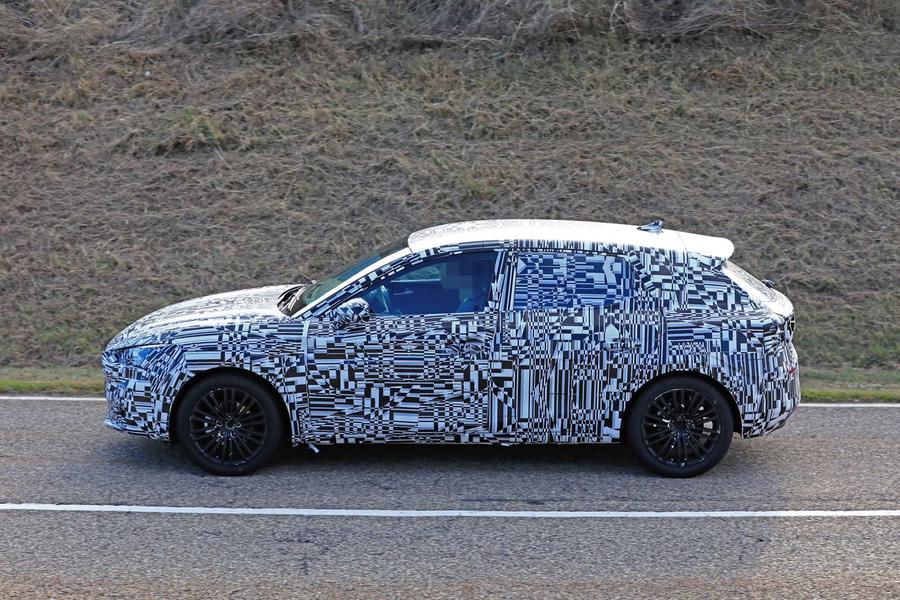 The Leon will come in five-door hatch, estate and crossover forms. The latter, jacked-up version will sit below the Seat Ateca SUV in the brand's range and be "more extreme" than the previous version of the Leon estate, according to Rabe. He added: “We talk about hatch and we talk about SUV. Why not make something in-between?”

The range is expected to open with the familiar 1.0-litre TSI three-cylinder petrol engine, offering similar performance to today's model.

Seat won’t drop diesels from the line-up, Rabe said, but the range will include one of the first mild-hybrid petrol options within the VW Group for those wanting levels of economy similar to those offered by oil-burning engines. This is likely to use the 48V system mated to a 1.5-litre TSI engine, as found in the Golf.

There will also be a plug-in hybrid Leon, which the Spanish brand has already confirmed will offer a 31-mile all-electric range. Expectations are that the PHEV Leon will use the 201bhp petrol-electric system offered in the Golf, with a more powerful 242bhp plug-in powertrain reserved for the Cupra-branded performance version.

I am and have long been a SEAT fan owning 3 Toledo's of various types over the years and my OH now has an Arona. I plan to acquire a Terraco as my next car however i am not impressed with the new grille with its oriental copycat styling. MG3 anyone? (And i do like MG's having owned two ZT's).

I do like the bold Leon badge at the back though.

One day I'll look at these

One day I'll look at these comments and find somebody, anybody with something positive to say

One day I'll look at these comments and find somebody, anybody with something positive to say

About a VW ? Dont think so.