BACK TO ALL NEWS
Currently reading: New Cupra Leon ST hot estate seen ahead of 2020 launch
UP NEXT
Lamborghini confirms LMDh entry for 2024

Seat Leon ST will be offered from next year as part of Cupra's separate range, taking on the Ford Focus ST Estate
Open gallery
Close

Seat's performance sub-brand Cupra will launch a high-performance version of the next-generation Seat Leon ST, with prototypes of the performance estate now hitting the roads.

The hot load-lugger, sold in its current generation as a Seat Leon Cupra ST, will fully shift over to the Cupra performance arm when it is launched towards the end of next year.

We’ve seen the Cupra Leon hatchback a number of times before, but this is our first glimpse at the booted variant confirming that the Ford Focus ST rival will again feature different bodystyles. While still covered in the usual camp pattern, we can see the tell-tale Cupra signs including a deeper front intake, a lower stance, large wheels hiding performance brakes, and quad exhaust tailpipes. 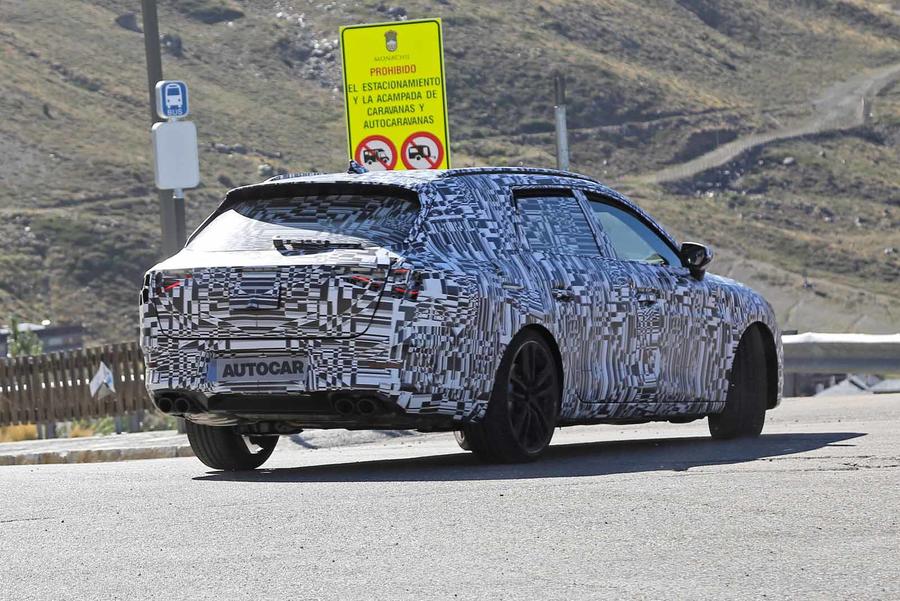 The powertrain will be shared with the Cupra Leon hot hatch, itself expected to use a variation of the familiar VW Group EA888 2.0-litre four-cylinder petrol engine. In the Cupra Ateca, that unit puts out 296bhp and 295lb ft - expect similar power levels for the Leon.

All-wheel drive is expected to feature on that model, but it's not yet known if Cupra will bring back the cheaper, lesser-powered and front-driven examples we saw on the last Seat Leon Cupra, or whether the VW Group will want to leave that area of the market clear for the Mk8 Golf GTI, also due next year.

What we do know is that the Cupra will feature unique badging, bespoke interior detailing and a stiffer suspension set-up. That will combined with an adaptive damper system and some sort of torque vectoring function to ensure the power is put down smoothly. Further details of Cupra's new family model will arrive next year.

New 2020 Cupra Leon to be part of seven-strong lineup

What about the standard Leon appearing yet?

They seem to be taking an awfully long time to reveal the standard Leon and it was expected by many to be officially revealed well before now and the same for the new Audi A3 sister car.

Neither showed up at Frankfurt.

Not exactly different, more a Herd thing going on, but I guess there's only so much you can change without compromising......?