BACK TO ALL NEWS
Currently reading: Cupra Leon ditches Seat badge and goes hybrid for 2020
UP NEXT
Drawing fire: We talk to BMW's design director

The first hot Leon to ditch the Seat badge for Cupra branding has been spotted at the Nürburgring for the first time ahead of the car’s debut in 2020.

Telltale signs that this isn’t just another prototype for the standard Leon include a lower stance, enlarged front air intakes, bigger wheels covering enlarged brakes and twin exhaust tailpipes jutting out from the back bumper.

“In 2020, the new generation of Leon will come to market in five-door and ST versions. It will feature a plug-in hybrid powertrain that will produce up to 245bhp and less than 50g/km of CO2 emissions,” said de Meo. 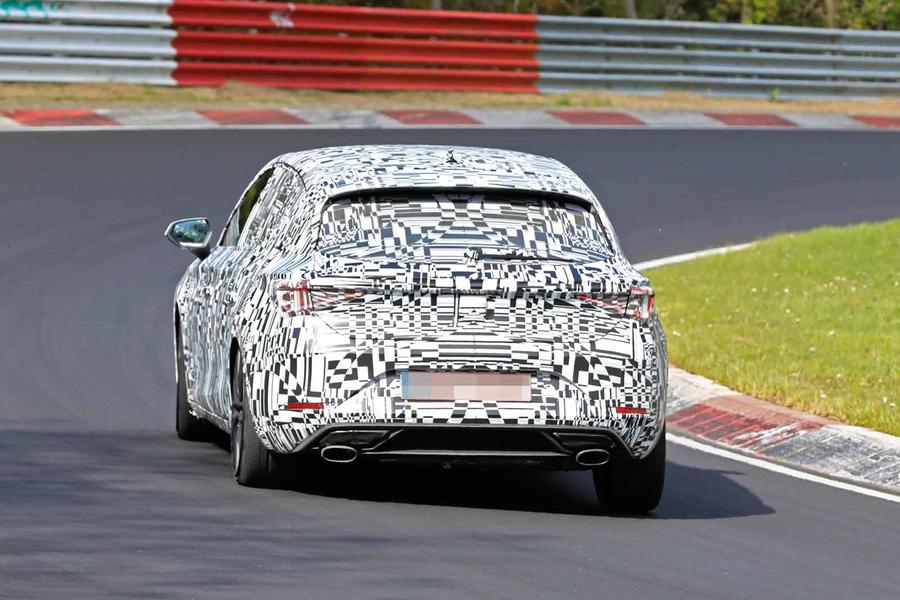 “Just before the end of 2020, the Cupra Leon and Cupra Leon ST, both with plug-in hybrid versions, will arrive.”

It wasn’t made clear whether the power output de Meo referenced did in fact apply to the Cupra, although given the figure is less than today’s hot hatchback and a PHEV version is likely to weigh significantly more, we’d expect a greater output to be extracted for a Cupra model.

Also unclear is whether or not the fast Leon will adopt all-wheel drive, by using either the conventional Haldex clutch system of today’s model or an electrically powered rear axle.

Last year, de Meo told Autocar that Cupra as a brand would be used “as a gate to bring technology that will cascade to the rest of the Seat range”. A fully electric Cupra is also under serious discussion.

Nowadays it’s more what it does that necessarily what it looks like, even if they are getting a bit same, it’s the tech inside that seems to matter more than how it drives.

Nowadays it’s more what it does that necessarily what it looks like, even if they are getting a bit same, it’s the tech inside that seems to matter more than how it drives.

exactly why is it hybrid, and a better be AWD with plenty of power.

please dont muck this up cupra or (seat)