BACK TO ALL NEWS
Currently reading: Mini to shrink flagship hatch and launch Traveller crossover
UP NEXT
Fisker goes radical with Pear EV SUV

Mini is seeking to reduce the size of its core three-door hatchback model when it enters its fourth generation under BMW ownership.

The fourth-gen BMW Mini range, due in 2022 or 2023, is also set to expand to include a new compact crossover model, as first revealed by Autocar recently.

That latter point is currently the focus of the new car’s early development. There is an acknowledgement within the company that the core three-door hatchback has grown too large and its proportions lack the compact look of the earlier BMW-produced models, particularly around the front overhang.

Although it won’t dramatically shrink the car’s footprint, the altered proportions, particularly at the front, should give it a more compact look. Mini is also seeking to incorporate some of the packaging lessons learned from the Electric three-door hatch into the standard car, which will be offered with petrol and electric drivetrains in its next generation.

“We are having proportion and design discussions at the moment,” said Körber. “The task now is to design it. In three to four years, I’d like to see the start of the next generation.”

He added: “Hopefully in the next generation, we can make it even more compact, back to where Mini comes from.”

There will also be a “major step to the future and innovation” in the new Mini’s interior, with a greater focus on digital technology. However, the round centre console will remain a part of the design.

The fourth-generation Mini line-up is again set to include closely related three-door, five-door and Cabriolet models, as well as the larger Mini Clubman and Mini Countryman.

It will grow to also include a crossover model that’s larger than the Countryman. The crossover could revive the Traveller name and the electric version will be twinned with the next-generation BMW i3, as previously reported by Autocar. 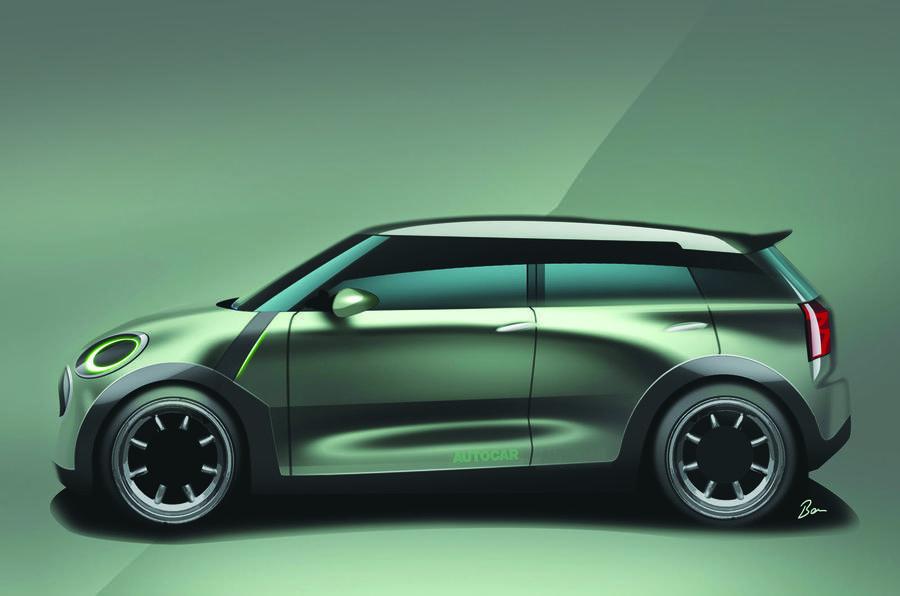 Regarding the crossover, Körber said that although “it would be hard to imagine a Mini the size of a BMW X3 or BMW X5”, there is a need in the next-generation Mini range “to address the growth in SUVs and look at if we need a compact SUV”.

He added: “The Countryman is a very small SUV. In the US and China, there are certain needs. We will look at a compact SUV in the next generation. There are lots of benefits with a car like that for urban use. For me, it’s a good match.”

Although such a car would be the biggest Mini, Körber said it would still be one of the smallest in its segment. “There’s interest in the small car segments. We can stretch the interpretation of Mini always being the smallest but I can’t imagine being bigger in a segment. We need to fulfil a requirement on size,” he said.

Each future Mini is set to be offered with a choice of petrol and electric drivetrains, with plug-in hybrids also featuring in larger models. Diesel is unlikely to appear in the future line-up as part of the switch towards electrification. Diesel is already no longer offered in Minis sold in the UK but it is available in other markets.

The three-door hatch will be the only electric model in the current-generation Mini range as there are no plans to launch electric versions of the five-door or Cabriolet models.

Mini’s familiar One, Cooper and Cooper S badges will be retained in the future to signal different performance levels and Körber said high-performance John Cooper Works models will continue to be a feature of the Mini range.

Körber also said Mini will continue to offer internal combustion engines in cars in the next-generation range alongside battery-electric versions, something that will be the case for at least the next five to 10 years.

In the long term, he believes Mini’s customer base and brand positioning are well placed for Mini to become a solely electric brand.

The Clubman, Countryman and Traveller models will be based on BMW’s natively front-wheel-drive FAAR platform, as seen on the new BMW 1 Series. It’s not yet clear if the three-door, five-door and Cabriolet models will also be built on that architecture or a new smaller one understood to be in development with Chinese firm Great Wall.

That new smaller platform has opened the door for Mini to at last create a production version of the tiny Rocketman concept, a move that Autocar revealed in July. Officially, Mini is “at the beginning of relations with Great Wall and still in discussions”, according to Körber. 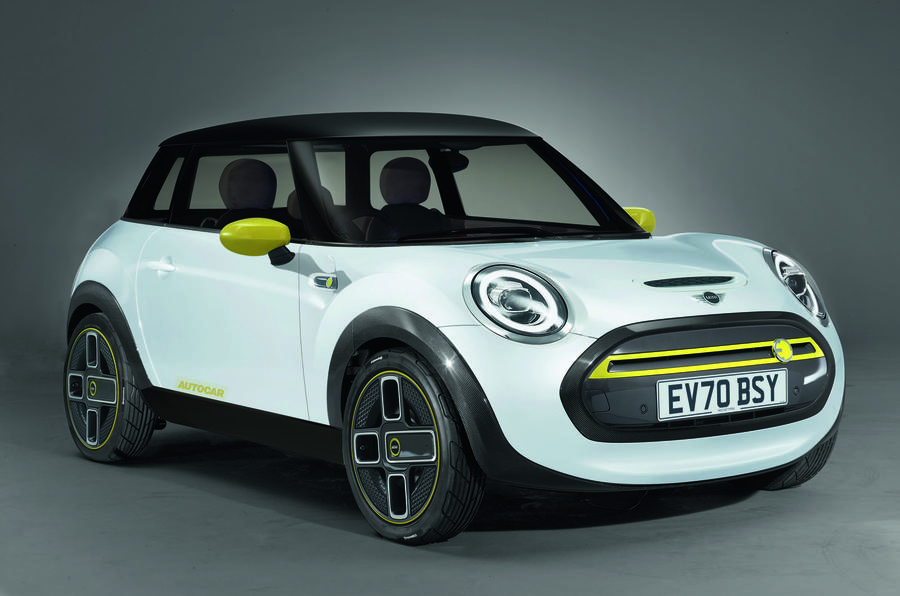 He said Mini remained committed to its Oxford plant and it is set to continue producing the smaller hatchback models into the next generation, with further production sites in the Netherlands and China for other models.

The current three door is the least of Mini's problems. Lets hope next time around they can sort out the dogs dinner of the current five door. The team responsible should be ashamed they took money for it. I am sure my five year old grandchild could proportion and detail it better.

The current three door is the least of Mini's problems. Lets hope next time around they can sort out the dogs dinner of the current five door. The team responsible should be ashamed they took money for it. I am sure my five year old grandchild could proportion and detail it better.

Well Autocar were predicting, not that long ago, that MINI might be dropping the three door hatch for the next generation, but I can't see that happening. I agree, the current 5-door hatch is awful, I think they should satisfy that demand with a seperate model rather than the contrived one they have now. Its not just the proportions that are bad, for a long-legged driver like me that extends the steering column out fully and puts the seat back, I can hardly get past that middle pillar.

I've had 3 MINIs over the past 15 years, a first generation, and two second generations, one of which is my current vehicle. I can't bring myself to buy a mark 3, so something more akin to the first two would suit me down to the ground

The five-door's proportions are fine.  It's the stupid decision to abandon the three-door's frameless windows and use thick and clunky looking door window frames (and an exposed B-pillar) that ruined the car's appearance.

Just to say I agree with a number of posts here about getting gack to the simplicity and better looks of the Mk1 and Mk2 BMW MINIs. Might bode well for the future of MINI after all.

I hope this actually happens.

I hope this actually happens.  I'm almost 6ft 4in and easily fit my gen 2 Mini which I regret selling. The gen 3 is awful.