BACK TO ALL NEWS
Currently reading: Mini Rocketman resurrected as compact electric car
UP NEXT
First drive: 2022 BMW XM prototype

Mini's parent company BMW has given the green light to a heavily reworked electric-powered production version of the Rocketman - the British company’s ultra-compact urban-based concept, first displayed in 2011.

Set to be launched in 2022, the three-door hatchback is planned to be an electric powered entry-level model within a realigned Mini line-up, with production set to take place at Spotlight Automotive - a newly established joint venture operation run by BMW and its partner Great Wall Motors in Jiangsu, China.

“We’re advancing plans for a model along the lines of the Rocketman. It’s a car we have been looking at for a long time, but to build it profitably at the price point we think customers are prepared to pay,  you need a joint venture partner to share costs. Great Wall Motors has provided that opportunity with a shared electric car platform that will be used by Mini,” a senior BMW official revealed to Autocar. 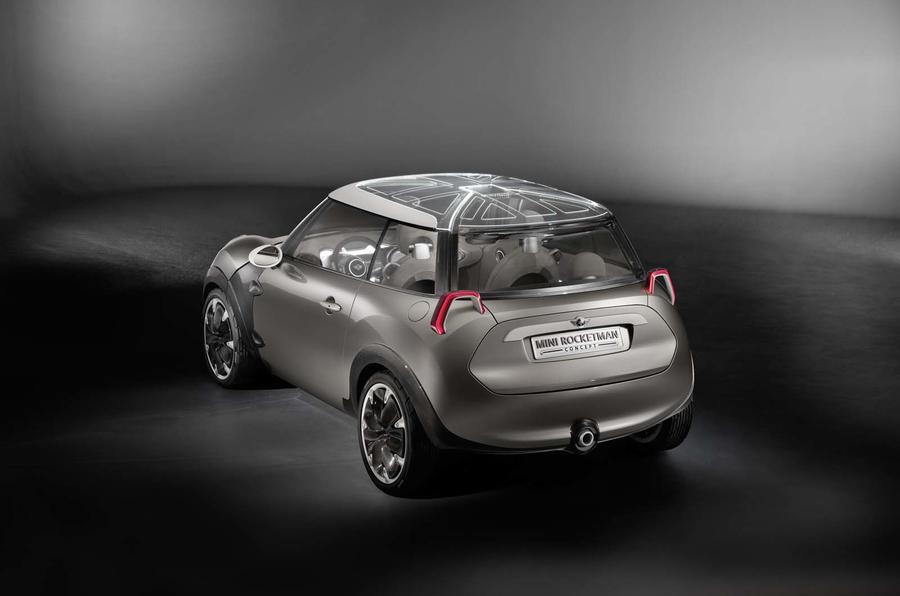 Designed by a team working under the guidance of former Mini design director Anders Warming, the original 3419mm-long Rocketman was conceived to extend the Mini line-up into the city car segment, as a rival to the likes of the Smart Forfour. But despite a favourable response from potential buyers, its development was halted when talks broke down between BMW and Peugeot on a possible platform and engine sharing deal.

Through its joint venture with Great Wall Motors, BMW has reignited plans for the entry-level Mini model, which is planned to be produced exclusively in a joint venture factory in China for global markets, including the UK.

But while the original Rocketman was planned around a range of three-cylinder petrol and diesel engines, the Mini model being developed by Spotlight Automotive is set to use electric power exclusively, as part of the German car maker’s plans to launch 25 plug-in hybrid and pure electric models by the end of 2023. 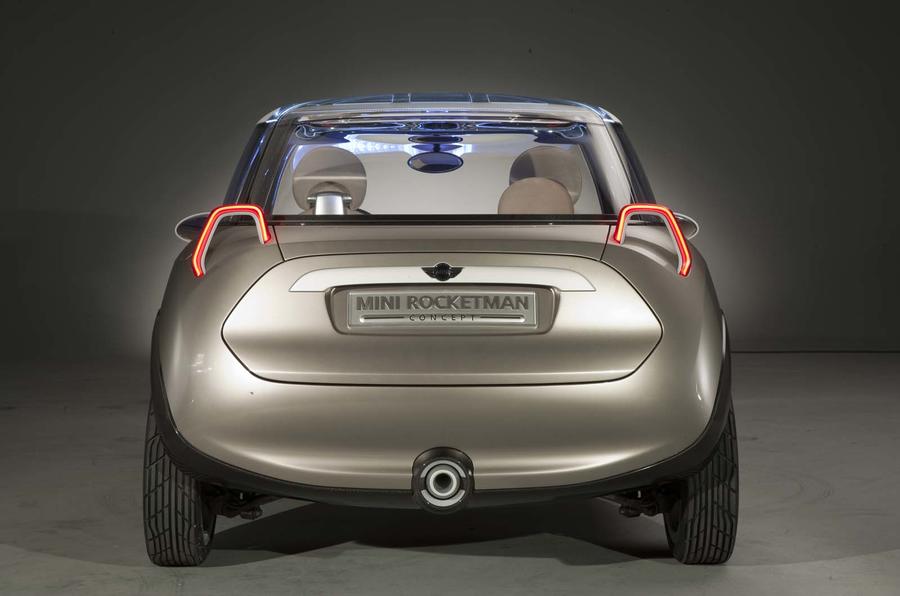 It is planned to compliment Mini’s first ever electric model, the upcoming Cooper SE, in an expanded line-up.

Nothing has been made official at this stage, though the production version of the Rocketman is expected to share its underpinnings and key elements of its electric driveline with the Ora R1 – a compact hatchback launched by Great Wall Motors’ new Ora electric vehicle sub-brand in 2018. At 3495mm in length, 1669mm in width and 1530mm in height, the R1 is similar in dimensions to the 2011 Rocketman concept. It is powered by a front-mounted electric motor developing 47bhp and 92lb ft of torque. Energy is provided by a standard 30.7kWh or optional 33kWh lithium-ion battery, providing the price leading Ora model with an official range of 310km and 351km respectively.

News of Mini’s move to build a production version of the Rocketman in China comes close on the heels of Mercedes-Benz’s decision to sell 50 per cent of its Smart city car division to Chinese car maker Geely, which intends to develop a whole new generation of urban-based Smart models.

This is exciting news:

This is exciting news: hopefully it’ll come to fruition.

Can’t say I’m too enthusiastic about it being built in China or it having an electric engine, but I’ve been longing for the day BMW finally make us a “true” Mini as Gavsmit put it.

So if this is the entry level car, will it be sold along side the current 3rd gen incarnation? Or will it replace it and effectively be the 4th generation?

I prefer the Ora R1.

I prefer the Ora R1.

Mini isn't a British Company, never was , never is.

Although they make 60% of their vehicles in the UK, all the design & engineering is done in Germany, so you can't describe "Mini" as a British Company!

I referred to Britain being the home of the Mini - I didn't make a comment about it being a British owned manufacturer (which it isn't).

Even under BMW ownership, the company is still providing jobs to British people and a host of other British businesses both big and small to help the UK economy.

Building this new model in China wouldn't do any of that - which is sad for a brand with such strong British links.