BACK TO ALL NEWS
Currently reading: Mercedes-Benz: six new EQ electric models by 2022
UP NEXT
First drive: 2022 BMW XM prototype

German brand confirms EV offensive will kick off with EQS, EQA, EQB and EQE all launching in 2021
Open gallery
Close

Mercedes-Benz has further detailed the expansion of its all electric EQ sub-brand with the announcement of six models all due to be launched by 2022.

Although all of these models have been previously confirmed, it is the first time the manufacturer has listed dates for each of the six cars. The S-Class-sized EQS will be the first of the new-generation EQ models to be launched, in the first half of 2021, with production then starting at the firm’s Sindelfingen plant in Germany.

Following the EQS next year will be the EQA, a GLA-based small SUV set to be produced at Mercedes’ Rastatt plant in Germany and in Beijing, China. The larger EQB will also be launched in 2021, with production centred in Hungary and Beijing. 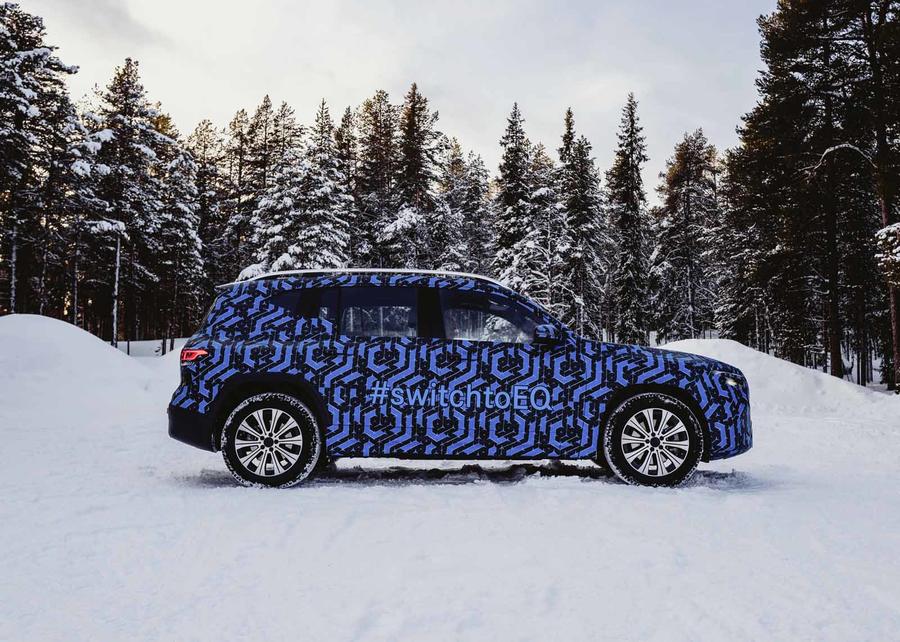 The final model to go into production before the end of next year will be the EQE, an E-Class-sized electric “business sedan”. European cars will be built at the firm’s plant in Bremen, Germany, with production also starting in Beijing.

In 2022, Mercedes will introduce two SUVs to sit above the existing EQC model. The EQE and EQS SUVs will serve as the high-riding equivalents to the saloons of the same name. Production of those models will be centred in Tuscaloosa, US.

Along with the EQV electric minibus, Mercedes will offer a total of eight fully electric models (not including Smarts) by 2022. Many of the models will be produced on the same line as combustion-engined variants. The EQS, for example, shares a fully flexible line with the S-Class, while the US-built EQE and EQS SUVs will share their line with the GLE and GLS.

The EV offensive will be complemented by an increase in plug-in hybrid models on offer. More than 20 different PHEV variants are already on sale, but that will rise to 25 by 2025.

A global battery production network is in place, with plants on three continents in countries such as Germany, Poland, the US, China and Thailand. The brand predicts plug-in hybrids and full EVs to account for more than half of its sales by 2030. A further ambition is to ensure all car and van plants are CO2 neutral from “as early as 2022”.

Board member for production and supply chain Jörg Burzer described the model offensive as “a real Mercedes-EQ fireworks display”.

Burzer said: “Six electric product launches by 2022 underscore the strength and competence of our Mercedes-Benz production sites worldwide. The production network will have a total of six Mercedes-EQ car locations. Local production of highly efficient battery systems plays a centre role in the Mercedes-Benz strategy - coupled with a comprehensive sustainability concept that spans the entire life cycle of the battery all the way to recycling.”

I think we see here the real strength of an established OEM over Tesla, with this type of product offensive, releasing six BEV's in one year. Will they match Tesla on every point, like arrange, power and top speed? I'm sure they will not. Will they offer their potential customers the Mercedes experience that they come to expect? With out a doubt! I do not think it to be a stretch that a Mercedes loyalist, would be happy to pay Tesla Model S money, if not more, for a EQS that does not have 400 miles of range, or a Ludacris mode equivalent 0-60 time. As long as it has the Mercedes values, quality,  tank like construction and other amenities that they have come to expect from the automaker.

What's the real reason, six new Ev's ,VW pulling out of all forms of motor sport?