The Mercedes EQS isn’t just the brand's first all-in, no-holds-barred EV, and this drive isn’t just a first look at the all-new electrified Mercedes-Benz S-Class - although both would be reason enough to be excited.

It's also, as has long been the case with the brand's flagship, a first taste of the technology that will shape all future Mercedes from here on in - meaning every prospective customer of the brand for the future should be excited to read on.

It’s also our first chance to test this car in the UK, albeit still in a late prototype form, and too early even to have a definitive price list to hand.

As such, we’re looking more to verify whether the early 4.5-star rating from our previous test was justified or generous, rather than seeking to discover if that last half star is available. Any hope of that ultimate accolade will have to wait until more extensive testing and full specification details are released next month. 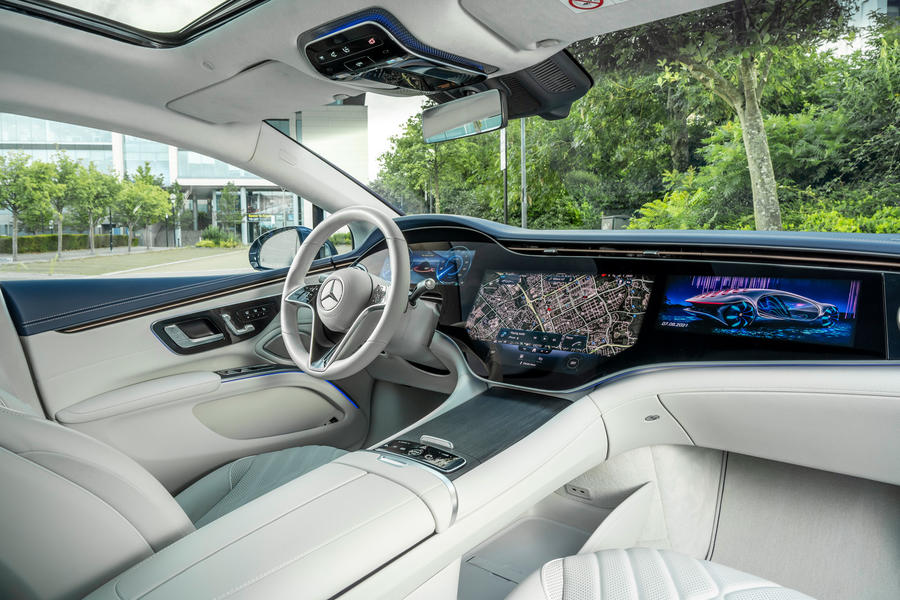 Suspend your prejudices for a moment: whatever you expect from the photos, trust me, your eyes will be on stalks not long after you stride up to the EQS, pause as its door automatically pops open upon sensing your approach and your bum hits the gloriously - and appropriately - luxurious seat.

Is. That. For. Real? Measuring 141cm from left to right, it’s the Hyperscreen, an optional three-in-one display that arcs across the dashboard in place of two standard (but still large) screens. If wow factor is your defining requirement of a car, buy this one. Captain Kirk would pass out from all the excitement.

But, alas, there is a crucial yang to the ying delivered by its sheer scale. While it's relatively intuitive to use at a standstill, we found it better to use Mercedes’ impressively effective voice control than our fingers, both to avoid taking your eyes off the road and to avoid leaving greasy evidence of your hit and miss efforts. Experience would no doubt help. What's more, even on this greyest of days, there were also enough occasionally distracting reflections to make us pause to yearn for simpler times.

So it is that the abiding impression of real substance left by the EQS is instead just how capable it is on the road. It has prodigious pace, even in this lower-powered form, delivers impressive poise and control, despite its near 2.5-tonne weight, and has a mind-boggling, if likely slightly optimistic, official 484 miles of range, boosted by its slippery shape – reputedly the most aerodynamic ever to feature on a production car. A 10-80% rapid charge can be done in as little as 30 minutes, although a more common 50kW charger will take about an hour-and-a-half.

All of this is, of course, delivered in near silence, bar some wind noise at higher speed, and in ultimate comfort (the supportive, massaging seats and loads of space all round stand out). It's also impressively agile, with rear-wheel steering boosting its manoeuvrability at low speed and stability at higher speeds. In these respects, it's immersively and seductively luxurious.

However, the EQS can’t altogether defy physics. While the direct, impressively feelsome steering does much to disguise this big car’s dimensions and the body control is sublime on all but the most pockmarked roads, some of the UK’s bigger, more repetitive bumps simply can’t be flattened, while the tyres run out of grip rather earlier than you might find in a regular S-Class if you enter a corner or roundabout too eagerly. 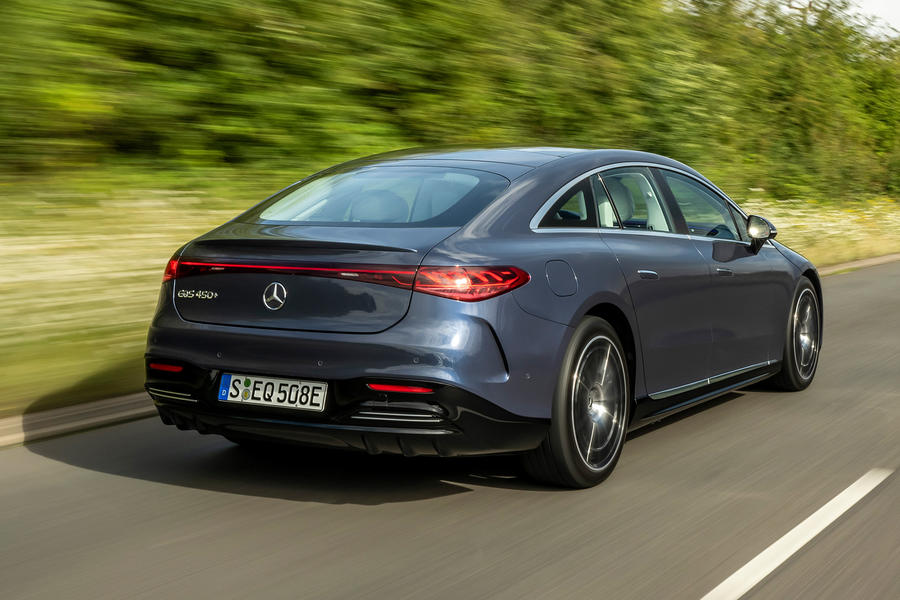 Could this be the world’s most capable electric car right now? Potentially, yes. Does that make it a five-star car? The jury is still out.

The two most obvious compromises are the effectiveness of that giant screen and the dynamic restrictions resulting from the hefty battery weight.

Neither drawback is unique to Mercedes, and it has probably done a more impressive job than anyone yet in delivering solutions to both - certainly for a luxury car of this breadth of abilities, if not quite with the dynamic accomplishment of the more focused Porsche Taycan.

Beyond that, the EQS also delivers everything worthy of the S-Class name. It really is a wonderful, luxurious way to travel in every other respect - as well as being a tantalising showcase for how exciting the future can be. Perfect it may not be, but there's a fighting chance that it might be as close as we can expect for a while.