BACK TO ALL NEWS
Currently reading: Lister Thunder renamed LFT-666 for production
UP NEXT
Bentley Bacalar concept: first drive of £1.5m roadster

The new Lister Thunder, Lister's 666bhp fettled version of the Jaguar F-Type, has been renamed LFT-666 for its 99-unit production run, to fit with the brand's other future models.

Due to be produced in 99 examples with each priced from £139,950, the Cambridge-based company said this makes the LFT-666 the fastest-selling model in its 65-year history. Deliveries start on 1 October.

Lister Cars, famous for its Le Mans-racing Jaguar ‘Knobbly’ D-Types of the 1950s, has returned to new car production with this high-performance version of the Jaguar F-Type. It uses a supercharged 5.0-litre V8 that has been extensively reengineered so it produces 666bhp.

Rory McDonnell, head of sales and marketing at Lister, told Autocar that the car is capable of accelerating from 0-62mph in 3.2sec, to 100mph in 6.8sec and a will have a top speed of 208mph. This comfortably beats the quickest series F-Type on sale, the SVR, which has 567bhp and completes the 0-62mph sprint in 3.7sec.

The LFT-666's modifications include a new suspension setup to enhance its agility and a flashes of Lister green paint on its exterior. McDonnell confirmed that the car will also get a more luxurious interior with nappa leather-wrapped seats, as well as bespoke bodywork. Lister offers several options, including a carbonfibre kit that will cost from £19,950. 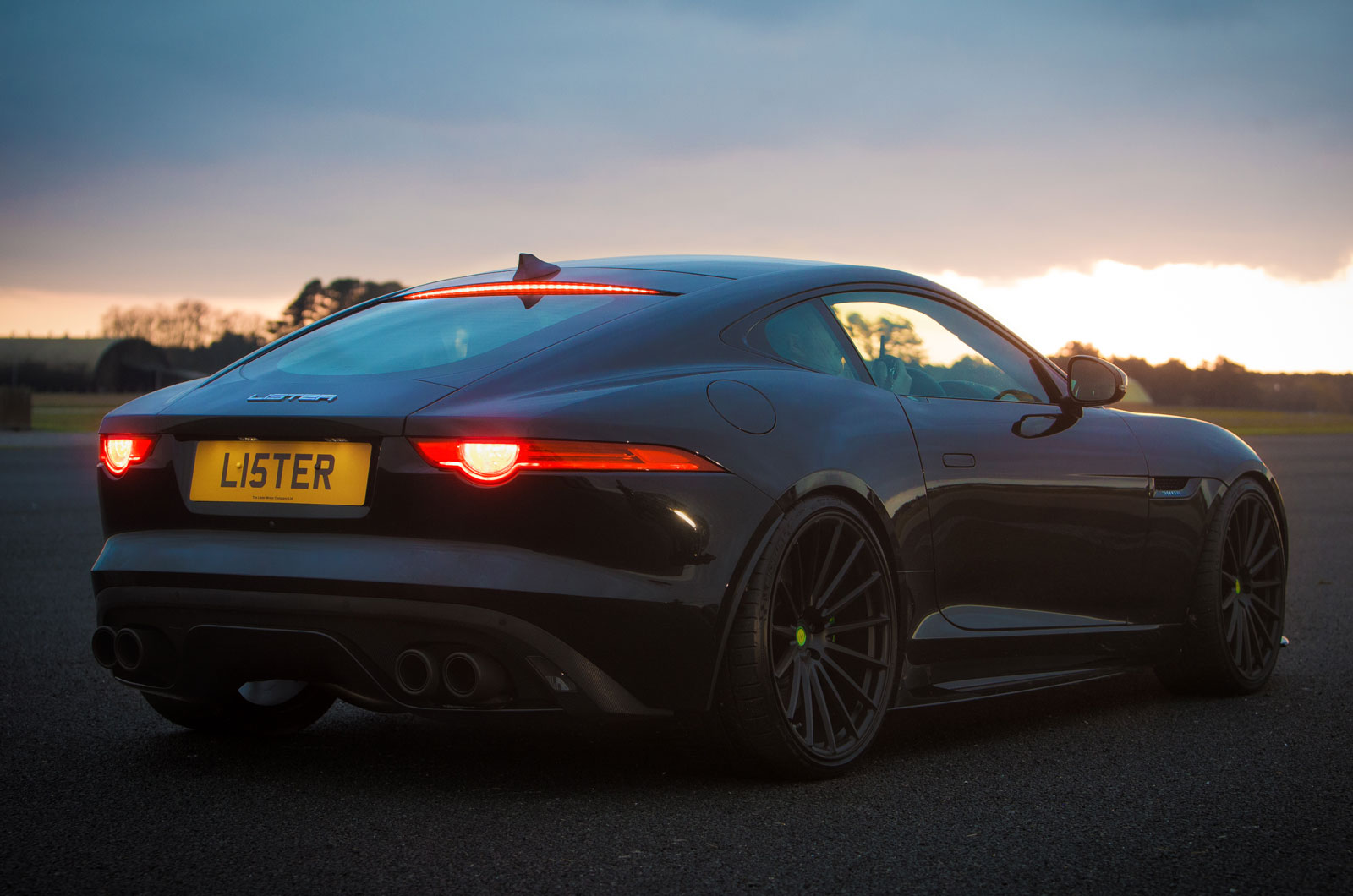 CEO Lawrence Whittaker said that the car is the first of several Jaguar models from the brand. Lister will also modify F-Types with a package of Lister badges, bumpers and wheels, with the modified cars being badged Lister LFT, with no horsepower designation. The package costs £9750.

Talking before the car's renaming, Whittaker said: “Like Brabus and AMG with Mercedes and Alpina with BMW, we are hoping to become synonymous once again with tuning Jaguar vehicles, giving customers new enhanced, bespoke performance and design alternatives to Jaguar’s acclaimed model programme.

"Although we are not directly affiliated with Jaguar Land Rover, Lister has a Jaguar tuning heritage dating back 65 years. Our new Lister Thunder is the fastest and most powerful Lister ever created. I am utterly proud of what we have achieved, and the Thunder is just the beginning."

The LFT-666 continues Lister's increasing activity after the company returned to building cars with a continuation Knobbly racing car in April 2014. This was described as “all-new and factory-approved” and is eligible for entry into FIA/HTP Appendix K historic racing. Earlier this year, Lister launched a road-legal version of the Knobbly, of which 10 examples were to be produced, priced from £225,000. The car was ordered by 22 customers in the first 24 hours that followed its official announcement earlier this year, which brought the order total to just shy of £3.1 million. 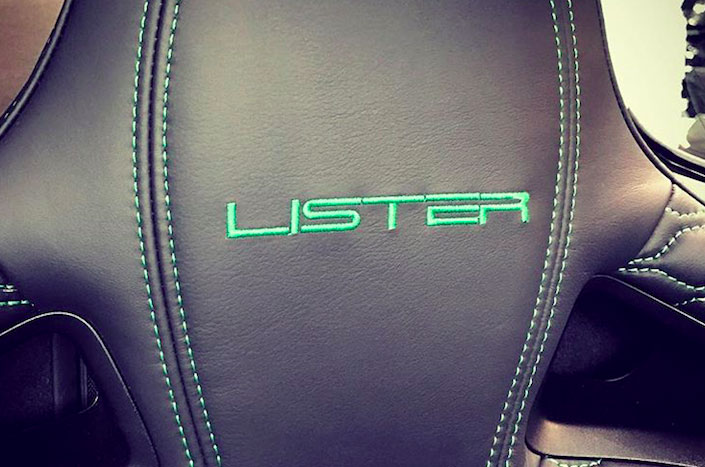 The company will also produce the LFP, what it describes as "potentially the world's fastest SUV", based on the 542bhp Jaguar F-Pace SVR. A similar suite of performance and aesthetic upgrades was suggested in a preview of the car shown in the spring. 250 units will be produced.

Whittaker is also eager to develop an all-new Lister model. Autocar has previously reported his plans for a Lister hypercar that will capable of a sub-3sec 0-62mph time and a top speed of 250mph. The new LFT-666 is understood to mark the brand's first steps towards its goal of becoming a new car maker.

Lister, a company that was born out of motorsport, last produced a new model when the Storm racing programme was born. In 1993, the brand created the Storm homologation road model that used a reworked version of the Jaguar XJR’s V12 engine, before taking it racing at the 1995 24 Hours Le Mans.

The Storm raced in the event’s top GT1 category against models including the McLaren F1 GTR and Ferrari F40 LM through the late 1990s with limited success, but it later became a race-winner in the FIA GT and British GT championships from 1999.

Range Rover Velar SVR due on roads this year with 542bhp

I have seen this car, as the

I have seen this car, as the factory is a stones throw from the Mother-in-laws, and only 5 miles from me, and believe me, it has huge road presence and the sound is just awesome, this deserves to shift in significant numbers.

And not bad looking either as it's not sprouted lots of wings!   I do like the SVR wing though.   I'd skip the all-black look personally.

I have seen this car, as the factory is a stones throw from the Mother-in-laws, and only 5 miles from me, and believe me, it has huge road presence and the sound is just awesome, this deserves to shift in significant numbers.

the lister or that range rover?

I suppose thirty grand for a

I suppose thirty grand for a remap and some stickers isn't as ridiculous as some of the tuners charge, but this still seems a waste of everyone's time and effort.

Yes, yes it is!, how much performance do you want?, what are your Driving abilities?, the potential for putting this kind of Car in the hands of a just passed learner is possible, and really, on the Public highway you’d only use a tenth of its ability, you’d be as well setting fire to bundles of tenners...,

Although we are not directly affiliated with Jaguar Land Rover

Does this mean your £140,000 car is not affilated to a JLR warranty either?

Does this mean your £140,000 car is not affilated to a JLR warranty either?

Correct, especially for you, a zero mile, zero year/month/week/day warranty...oh lord, why such stupidity. There will be a warranty, or no-one would buy it and it will with little doubt, mirror the JLR item, if not actually be from them.TWIT

Anyway, why would this be of any consequence to you...you drive a decrepit sofa and have to date not revealed that you have paid for anything that actuall moves under its own power.

Autocar being slightly misleading with statements like 'returns to new-car manufacturing' and that the Thunder is 'based on' the Jaguar F-Type. It is an F-Type, it's a tuned F-Type!

I don't dislike it but let's at least call it what it is.

Can you actually read

Autocar being slightly misleading with statements like 'returns to new-car manufacturing' and that the Thunder is 'based on' the Jaguar F-Type. It is an F-Type, it's a tuned F-Type!

I don't dislike it but let's at least call it what it is.

I can't see the text you quote anywhere in the piece.