BACK TO ALL NEWS
Currently reading: Lister guns for Pagani and Koenigsegg with new £2m hypercar
UP NEXT
Nissan will build batteries in UK to sustain Sunderland plant

Lister guns for Pagani and Koenigsegg with new £2m hypercar

Reborn sports car manufacturer Lister has announced plans to take on the likes of Pagani, McLaren and Koenigsegg with its own niche hypercar.

The official design sketch showcases how the new model could look when it goes on sale in around three years time. Lister officials quote a price in the region of £2 million for the planned hypercar.

The firm is seeking investors to buy into the development of the car, which would be powered by a Jaguar-derived supercharged 7.8-litre V12 engine developing around 1000bhp.

Lister has a history of using and modifying Jaguar V12 engines, primarily from its reworking of the Jaguar XJS during the late Eighties; it also has motorsports experience with its Jaguar V12-engined Lister Storm and the later Storm LMP, which campaigned in Le Mans 2006.

Officials say the new car will use an original Jaguar block, but that the engine's internal components will be significantly modified and that myriad upgrades will be carried out elsewhere – including the addition of dual overhead cam cylinder heads.

Lister boss Lawrence Whittaker told Autocar the new car would be capable of completing the 0-60mph sprint in "under three seconds" and would offer a top speed of "over 250mph."

"We want to take on cars like the Pagani Huayra, we want to build something that is truly a hypercar," he said. "If you drive a car like this it's because they're exquisitely made and because not everyone has one."

Both road-going and racing variants of the new model are planned, but Whittaker warns that production will likely be very limited, perhaps to as few as six cars annually.

Lister returned to the public eye in 2013, launching a limited run of its special 'Knobbly' Jaguar D-type models to celebrate its 60th anniversary, each costing around £300,000.

The 'new' models are powered by the same 3.8-litre Jaguar D-type engine as their forebears, and in racing specification are tuned to produce 330bhp - enough for a claimed 0-60mph sprint time of 4.3 seconds and a top speed of 181mph.

Lister now says that nine of the 'Knobbly' cars have been sold. With an order book worth an estimated £3 million, the firm now wants to push ahead with its hypercar project.

"Our aspiration has always been to return the Lister brand to the forefront of people's minds," says Whittaker.

"When it launched we didn't know how many we would sell, but we've been really pleased with the orders we have. We've been thrilled with the response that everyone's had to the car." 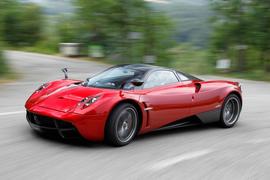 Reminds me of one of the aborted Lotus prototypes from the Danny Bahar era.
Peter Cavellini 31 October 2014

And how many other oh!, we're going to build this or that and it will be capable of this top speed or this 0-60 time?