BACK TO ALL NEWS
Currently reading: Insight: behind the scenes of the 2018 Rolls-Royce Phantom
UP NEXT
Porsche 911 special edition marks 50 years of Porsche Design

Insight: behind the scenes of the 2018 Rolls-Royce Phantom

The eighth-generation Phantom is arguably the most significant yet, because its clever structure will underpin all future Rolls-Royces
Open gallery
Close

The Rolls-Royce Phantom carries the car world’s oldest nameplate and has been a constant presence since 1925, yet even in this a 90-year parade of Best Cars In The World the latest Phantom, the eighth, looks the most significant of the lot.

Why? Because it introduces an new method of construction that will change the way every future Rolls-Royce is built, not just for the next generation, but for generations beyond. In a nutshell, the Phantom Mk8 introduces an all-aluminium ‘family’ spaceframe that is flexible enough to be used for every size of future Rolls-Royce. It also employs so many common unseen components that the 4000-carsper-year Goodwood company can forward-order its stocks of parts in batches up to 60,000 units, for use as long as 15 years hence.

The system, likely to encourage other high-value, low-volume car operations to reconsider their own procedures, has been led by Rolls chief engineer Philip Koehn, who spent much of his early career as a dynamics specialist for comparatively high volume BMW, Rolls-Royce’s parent, before moving to work on BMW’s complex, highly integrated (and invariably, steel-based) platform strategy. 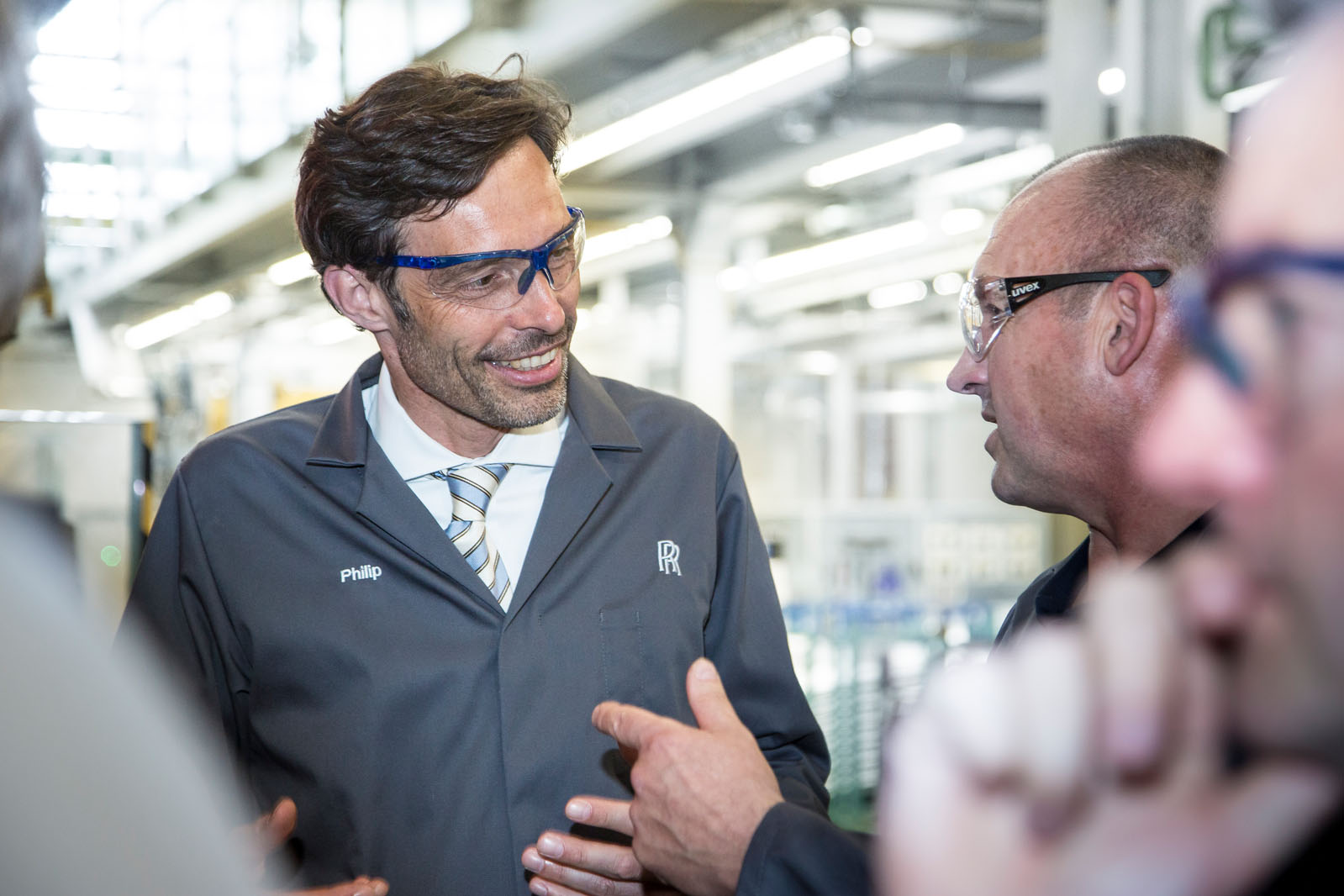 Koehn transferred to Rolls-Royce in time to take command of the launch programme of the Dawn convertible, a car which, ironically, is based on the same BMW 7 Series underpinnings as the Ghost saloon and Wraith coupe. From that he learned much about the case for a separate, all-encompassing Rolls-Royce chassis architecture.

“I was taught that you need a strong relationship with a volume car company to build the best lowvolume cars, and that remains the case today,” he says. “BMW has some fabulous facilities, including its rigorous test procedures, but the advantages don’t occur in the ways we imagined. We learned that by using the 7 Series platform, we were asking components to deliver things they weren’t intended to do, which meant the promised economies of scale weren’t as viable as we first thought.”

Koehn says Rolls-Royce began looking at efficiency in a different way, planning so minutely for the future that it could visualise a structure adaptable enough to support the whole of Rolls-Royce’s five-model future range (including the planned Cullinan SUV), utilising key components and castings in every application that can thus be ordered in bulk.

The principle of an aluminium spaceframe – a structure of extruded aluminium beams, bulkheads and longitudinals, with lightweight castings for complex bits like suspension mounts and chassis corners – isn’t exactly new. Lotus, Aston Martin and sundry others (including Rolls itself for the Phantom Mk7) have used something like it with impunity. It’s the extreme configurability that’s new, along with the sophistication of the castings and the mostly aluminium outer panels that give the car its identity (or ‘top hat’ in industry parlance). Koehn recently invited us to the new Phantom’s body-in-white plant at Dingolfing, a ‘BMW town’ between Munich and Regensburg, where many Rolls-Royce primary parts are made, to see the new structure in its naked form. 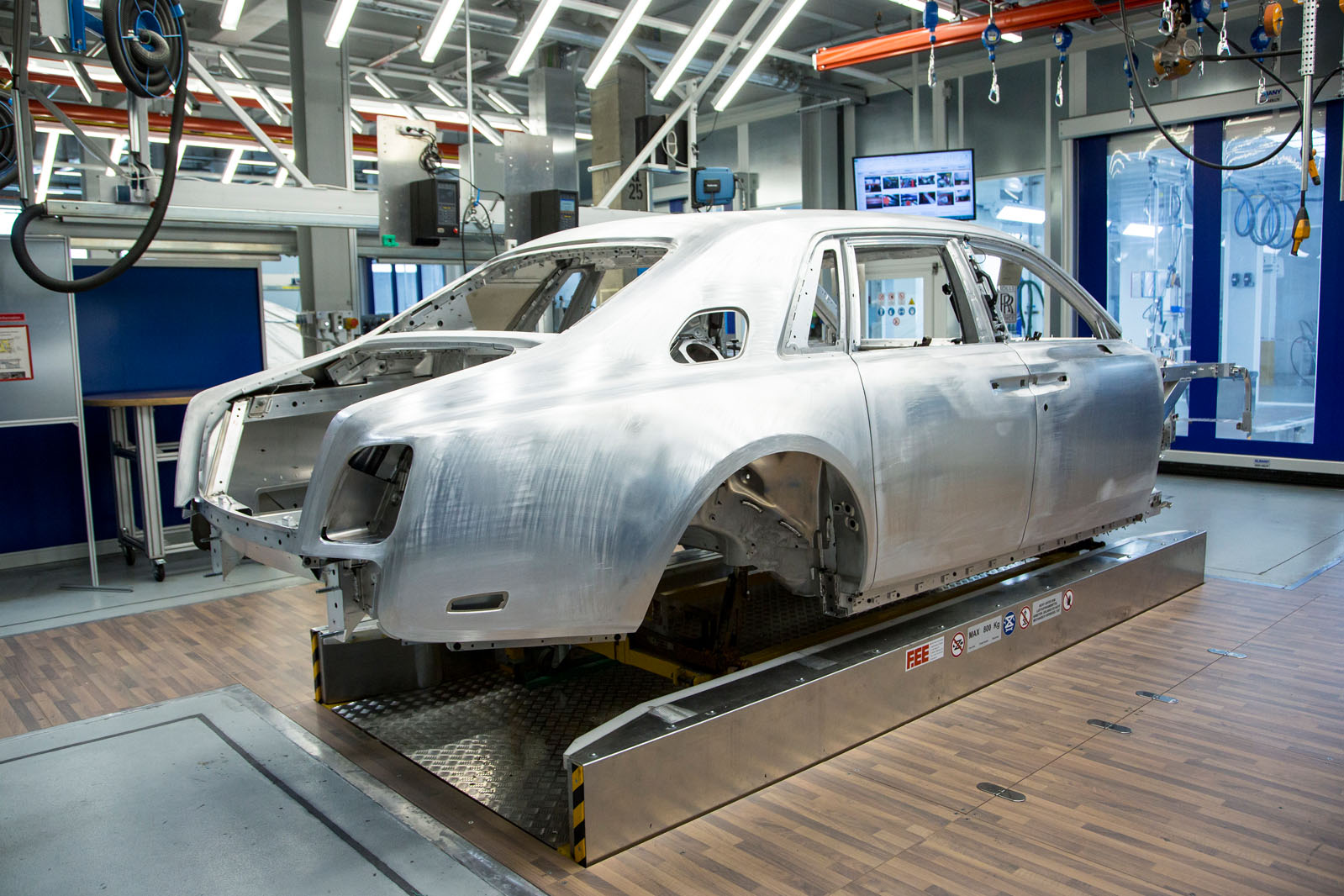 The Rolls-Royce body plant isn’t impressive from the outside. It’s an ordinary-looking factory in the middle of a large industrial complex, prominently branded with the ‘double Rs’. Nothing happens within, we’re assured, that isn’t Rolls-Royce.

“When the first Phantom Mk7s were being made about 15 years ago, they came out of the nearby BMW Z8 sports car plant where all our aluminium know-how lived at the time,” Koehn explains, “but we soon moved to this dedicated Rolls-Royce place. There are still things we do away from here: the roof, which is 3.7m long, is made in a BMW plant during the night shift – and I have to pay for it – and the e-coating is done elsewhere, too. But most of the important stuff happens here.”

Koehn is clear that the company would have no problem building more of its cars in Goodwood – where final assembly takes place – though doing “real heavy engineering” was never in the remit of the deal signed between Rolls-Royce and its Sussex landlord, Lord Charles March. “We would have loved to move the body-in-white operation to Goodwood,” he says, “but we couldn’t find e-coating facilities to take such big bodies.” He also hints that, although the latest turbocharged Rolls V12 continues to be made in Germany, several UK firms are interested in the task. ‘Bent 12s’ are in decline in BMW’s cars, he explains, and Rolls has become the group’s centre of excellence for them.

A walk through the factory shows how logically the spaceframe is built up like a Meccano set, the lack of unnecessary curves belying the complexity of the design, which is intricately designed to crumple elegantly in a crash. Components are welded where big strength is needed and rivets and adhesive are used for lighter duty joints, especially where welding would distort the work.

At the end, a completed chassis has its various joining points carefully milled for an hour before it accurately joins the body. Panel gaps are measured and monitored as if they were components of a Swiss watch.

Then comes the body, a true work of art. Welding is kept to a minimum for distortion reasons, but there’s one unavoidable 30cm weld necessary on the C-pillar so vital that it is carried out by hand-picked technicians who are the stars of the show. 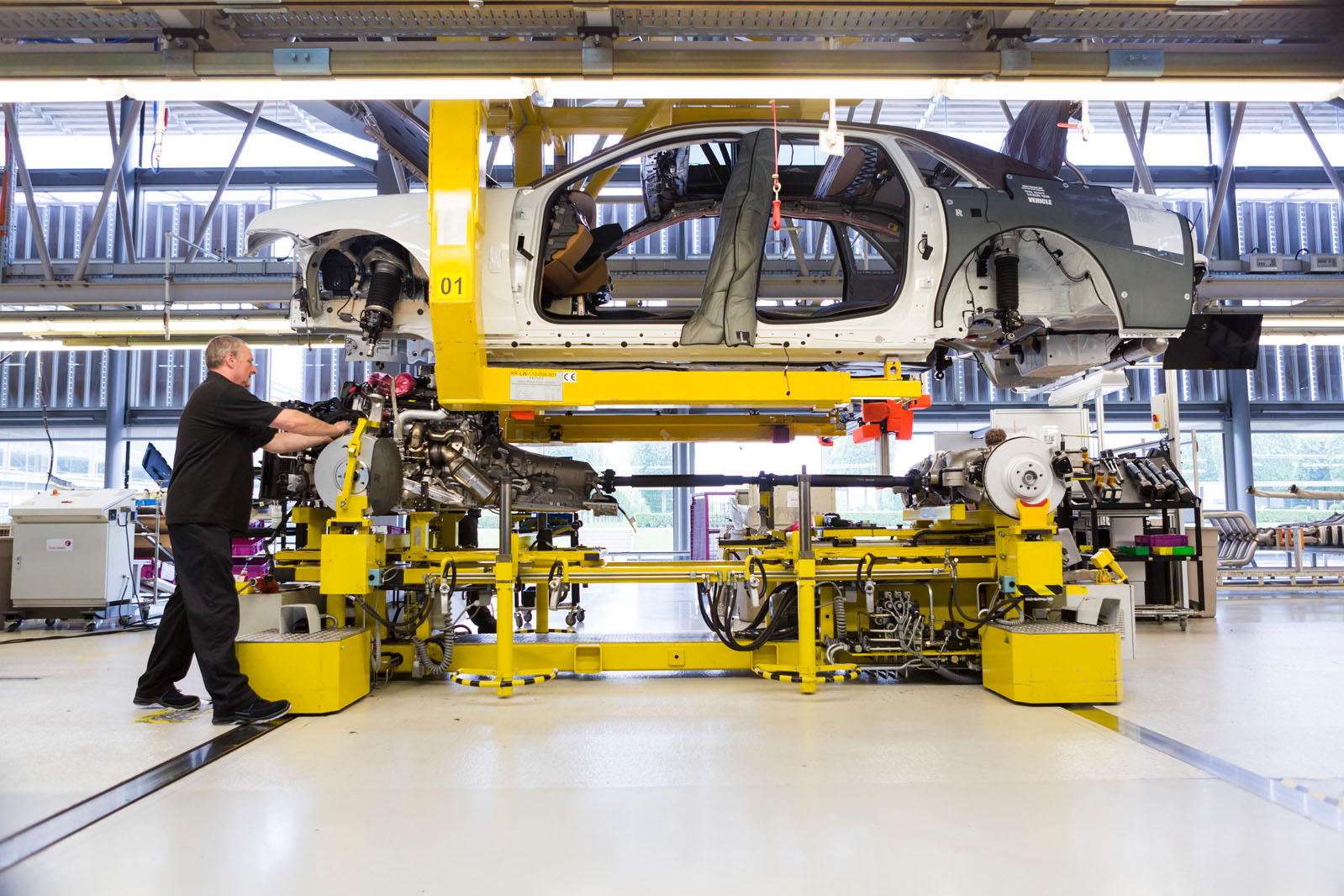 “There are places we really have to keep the craftsmanship,” says Koehn, “and these are the guys to do it.” It takes as much time and money, someone tells me, to fix a Phantom Mk8 roof in place as it does to make an entire Mini bodyshell.

“To make this entire system work,” says Koehn, “you start with the volume – let’s say around 4000 cars a year. And of those, about 500 to 600 are Phantoms. You soon find that there are surprisingly few components you can share with BMW but, of the parts we need, many will be in Rolls-Royce models for years to come. We can order, say, 70,000 dashboard eyeball vents, knowing we’ll use them for years to come.”

We wander along in Koehn’s wake, every stop yielding a story, then fall to discussing which parts will be common in the Rolls-Royces of the future, and which will need to be flexible. The ‘fixed’ bits include the front and rear strut towers, the rear subframe, the crash-absorbing front and rear longitudinals, and the mountings for fuel tank and seats, among other things.

The variable elements of the puzzle include floorpan lengths (there are five options), A-pillars (two), bulkheads (three), rear ends (three) and seat subframes (three). The genius is that these pieces will still have major similarities to one another, which helps efficiency.

The whole structure can accept two and four-wheel-drive powertrains (the front diff is mounted beside the engine’s oil pan) and will eventually be used for an electric vehicle. Rolls-Royce has already revealed that the pure EV is its choice for a foray into alternatively fuelled vehicles in the next decade.

Koehn describes what he and his teams have done so far as “just proper engineering”, but leaves no doubt about his pride in the revolutionary underpinnings of his company’s new luxury flagship. “I’ve always wanted to be more a pioneering guy than an optimiser,” he says. “This has been the chance of a lifetime.”

a pity that Rolls and Bentley bodies made in Germany

it must cost a lot more in wage setc to manufacture these bodies in Germany, at least the Bentley w12 in uk made now in theory.

Rolls-Royce bodies in white, hailing from Dingolfing, home of the Goggomobil microcar 1954-1969... Too much irony in that!

This 'oldest car nameplate' thing is a bit of a stretch. The Phantom has not been in continuous production since the 1920s.