BACK TO ALL NEWS
Currently reading: Ferrari to unveil two new models this year
UP NEXT
Renault Scenic returns as radical EV with hydrogen range extender

Ferrari plans to reveal two new models this year, and its commercial chief has hinted they will continue the push into new markets.

The firm launched five new models in 2019, including the F8 Tributo, SF90 Stradale and Roma, as part of a major range expansion that’s set to include 15 cars in a five-year window.

At the unveiling of the Roma, Enrico Galliera said 2020 would be “a year of consolidation” to support those launches. But when asked more recently if that meant Ferrari won’t unveil any new cars this year, he told Autocar: “We’re always planning to do something more, and we intend to make some news. We will launch two new models by the end of the year.”

Galliera was speaking before the Covid-19 pandemic forced Ferrari to suspend production at its Maranello factory, and the ongoing threat could lead to the unveilings being delayed.

Ferrari is understood to be amending its plans for the rest of this year before an investors’ presentation in May but, with production slated to resume this month, it could still continue with its expansion. 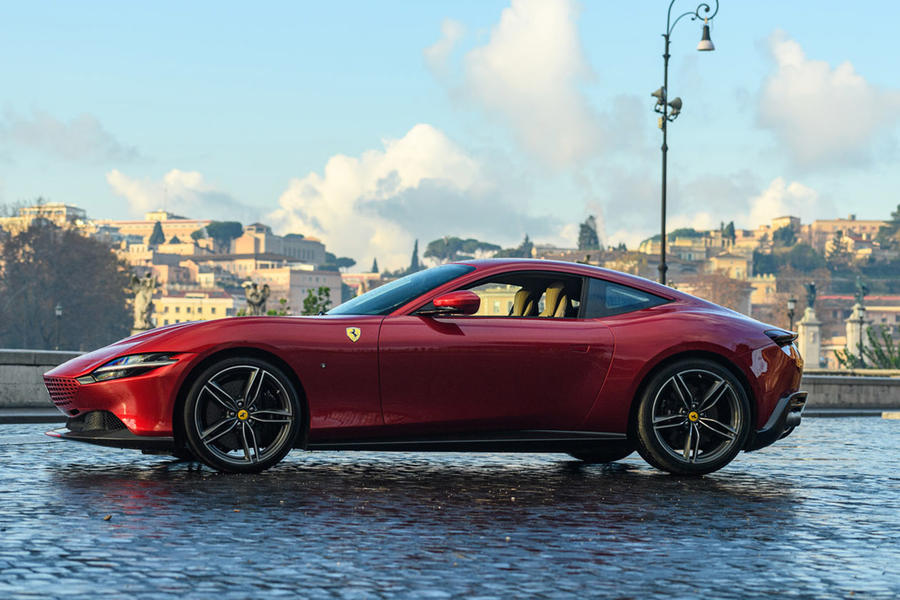 According to Galliera, the new cars were scheduled to be revealed in the second half of the year before the closure. While he wouldn’t offer any details about them, he did hint that they will continue Ferrari’s range expansion, saying: “We’ll keep looking at new, untapped markets.”

Regarding 2020, Galliera said: “We need to consolidate the launch of our five products from last year but, while doing that, we don’t stop looking for opportunities to grow as a company and business.”

When asked what segments Ferrari is looking at, beyond the Purosangue SUV that’s due in 2022, Galliera said: “Potentially every segment is of interest to us, with the caveat that Ferrari is in the luxury sports car market.

“We can enter every market in which we can deliver a car that meets our position as a luxury car firm. We have certain limitations connected to the [sportiness] of the car: Ferrari is a sports car manufacturer.

“When we look at new segments, we have to keep in mind the soul and positioning of the Ferrari brand, and that’s our only limitation. There are some natural segments, such as sports and GT cars, but we can look to others as long as they’re consistent with our heritage.”

What does COVID have to do with Ferrari?

The rich will get richer, the wealth transfer from middle-class towards top (they buy real assets) and bottom (populist politics) will continue, and middle-class was never the target group of Ferrari.

In fact, after the whole covid panic has turned the western world into a control society a-la-China, Ferrari will sell even more cars than before the covid.

What’s that all about?

I fail to see how your statement pertains to this subject?, and the old chestnut about class, is just that.old, and, to get rich, well off, some have worked hard, maybe more than you, maybe came from nothing, are they the same as People who inherit wealth?, People who can afford to buy these Cars won't just suddenly stop buying a Ferrari or whatever just because they think it's to soon to start making cars.

they are releasing new cars before

They have gone new car mad since they went on the NY stock market and the owners are getting the latest shiny model when it is no longer the new shiny model.

Makes you wonder why designers get paid so much and take so long to come up with a suitable shape.  The Autocar mock looks pretty good and with a bit of tinkering it could be practical too.

Makes you wonder why designers get paid so much and take so long to come up with a suitable shape.  The Autocar mock looks pretty good and with a bit of tinkering it could be practical too.

I too thought their rendering would work really well as a genuine Ferrari concept, and as such an actual car, well done Autocar!