BACK TO ALL NEWS
Currently reading: BMW iX3: first preview pictures of upcoming electric SUV
UP NEXT
Quarter of UK cars produced in April were electrified

BMW will preview its first electric SUV model this week with the unveiling of a new concept car at the Beijing motor show.

This will be the precursor to a proper production car, the BMW iX3, that's set to rival the Jaguar I-Pace and Audi E-tron. It will use BMW's fifth-generation (and most advanced) electric powertrain technology when it arrives on roads in 2019.

The iX3 will arrive as part of the updated third-generation BMW X3 range and be the first car to use all-new zero-emissions underpinnings that are being developed for use in all of BMW’s future EVs.

Prior to the release of two preview images that show the car's flat-faced wheel design and front grille opening, spy photographers caught an i3X development car testing in Scandinavia, where the range of its battery pack was being evaluated in conditions that regularly dip below -10deg C.

The electric powertrain of the test car, which is based on the current X3 that arrived last year, was evident from the lack of tailpipes.

This sighting of an electric X3 so early into the iX3's development cycle shows that the platform of the future line-up is being engineered to adopt an electric powertrain from the off. This is essential for effective packaging to ensure interior space is not compromised by the placement of batteries in the car’s floor.

The iX3's structure is a development of BMW’s CLAR structure, which underpins the new X3, as well as the latest BMW 5 Series and BMW 7 Series models and the upcoming BMW 3 Series.

Although the iX3 will feature a grille-free nose, its overall design is unlikely to drastically differ from its combustion engine siblings'. The BMW Group’s latest stance on EV design is to be more discreet; Mini brand boss Sebastian Mackensen told Autocar recently that the marque “doesn’t need to make a big statement” about EVs.

The iX3 will use two electric motors, one mounted up front driving the front wheels and one at the rear, within the axle assembly, driving the rear wheels. This set-up will enable torque vectoring to enhance traction. 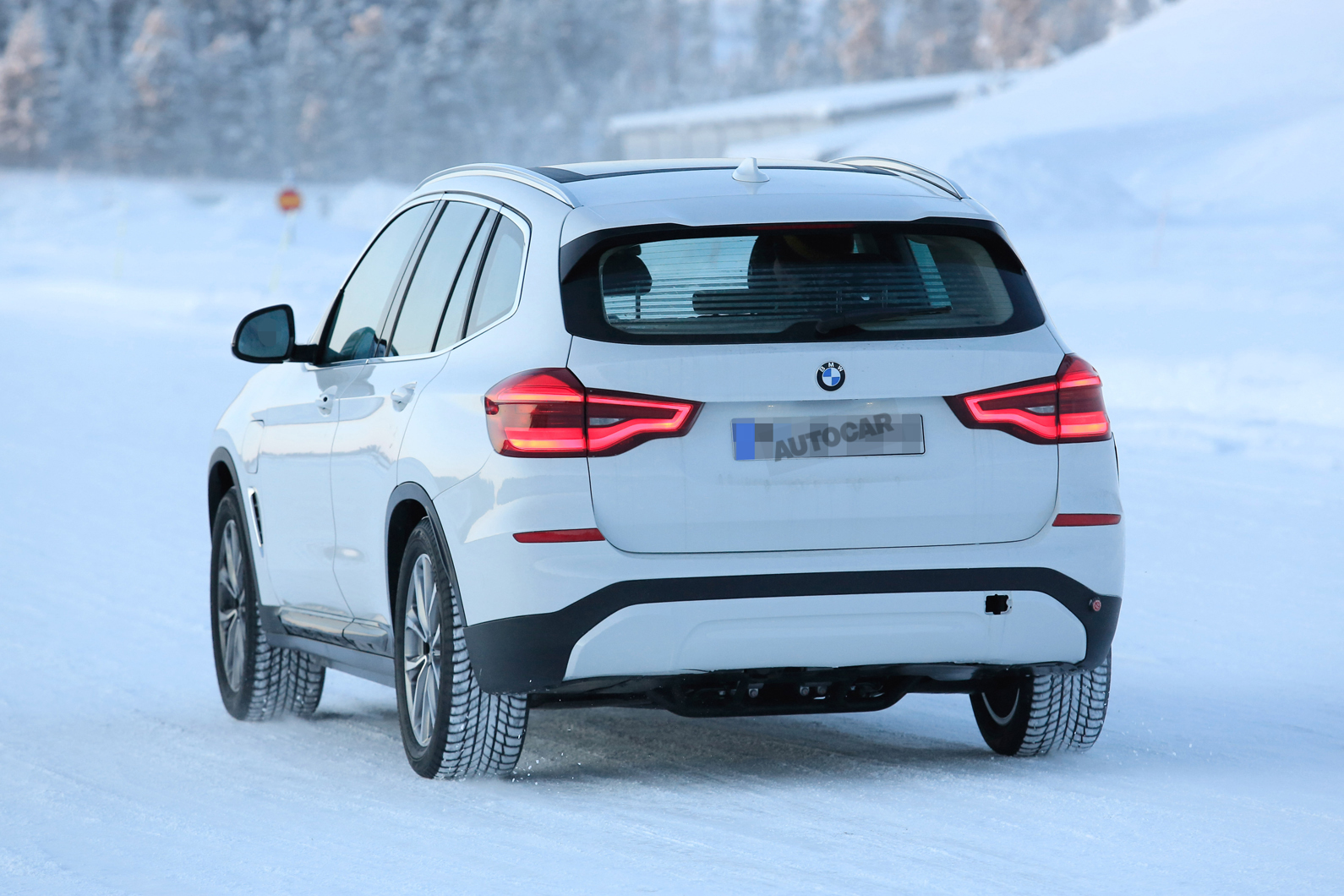 The iX3's architecture will be used in 11 further electric BMWs due to arrive by 2025, but not all of those cars will adopt the twin-motor setup. Models less concerned with four-wheel-drive traction could adopt a simpler layout, with a front-mounted electric motor in combination with a fixed-ratio gearbox and so-called electric propeller shaft to channel drive to the rear wheels.

Each of BMW's new electric models will have an 'i' at the start of its name to signify its EV status. BMW recently patented a list of nine names spanning from iX1 to iX9, although not all will necessarily be used, because most will be aligned with models in the existing line-up. The largest confirmed model for BMW’s future range is the BMW X7.

BMW patented the i1 to i9 names back in 2010, before the BMW i3 and BMW i8 arrived. The brand recently announced that it will produce an BMW 4 Series Gran Coupe, called the BMW i4, in 2020, and an i5, which was previewed by the i Vision Dynamics concept, in 2021.

So what is it to be

Never mind this, not making

Never mind this, not making an X3 hybrid years ago instead of fiddling around with the 3 series was a big mistake, modding a saloon just ends up to compromised. an SUV would have adapted better.

Grille design by the two Ronnies, with assistance from Dame Edna Everage.