Porsche is just five months away from the launch of its fastest and most technologically advanced 911 yet, so its engineers are out in force at the Nürburgring to put the upcoming model to the test.

The eighth-generation 911, which uses the internal codename 992, has just been spotted in Carrera 4S form by Automotive Mike (YouTube video below) with very light camouflaging.

It offers further insight into the look of Porsche's new model, which isn't due for reveal until the Los Angeles motor show in November. Sales will kick off in the UK early next year.

Initially, the car will come in rear-wheel-drive Carrera and Opinion: Can the Carrera S guises. Further new 911 models will follow throughout 2019, including an advanced new four-wheel-drive Turbo, which insiders at Porsche’s Stuttgart headquarters suggest will make as much as 600bhp in range-topping S form, giving it the same output as the limited-edition 911 Turbo S Exclusive launched last year.

The 20bhp increase in output over the current 911 Turbo S is said to combine with developments to the four- wheel-drive transmission and improved aerodynamics to give the new model a 0-62mph time of less than 2.9sec and a top speed beyond the 205mph of its predecessor.

There have been conflicts between the three companies concerning the mounting of the fuel tank, which sits up front in the 911 but at the rear of the cabin in the R8 and Huracán. However, it is understood that the new platform consists of a series of interchangeable modules in an overall matrix that will allow the three Volkswagen Group models to share a number of key components and enjoy greater economies of scale.

In a development aimed at keeping the kerb weight close to the 1430kg of the manual version of today’s 911 Carrera, the new model also adopts an inner structure possessing a greater percentage of aluminium than that of its predecessor, most notably within the side sections.

Although not made up exclusively of aluminium, the structure uses a new generation of hot-formed high-strength steel employed in varying thicknesses, a process known as tailored blanks, within the floorpan for increased strength. 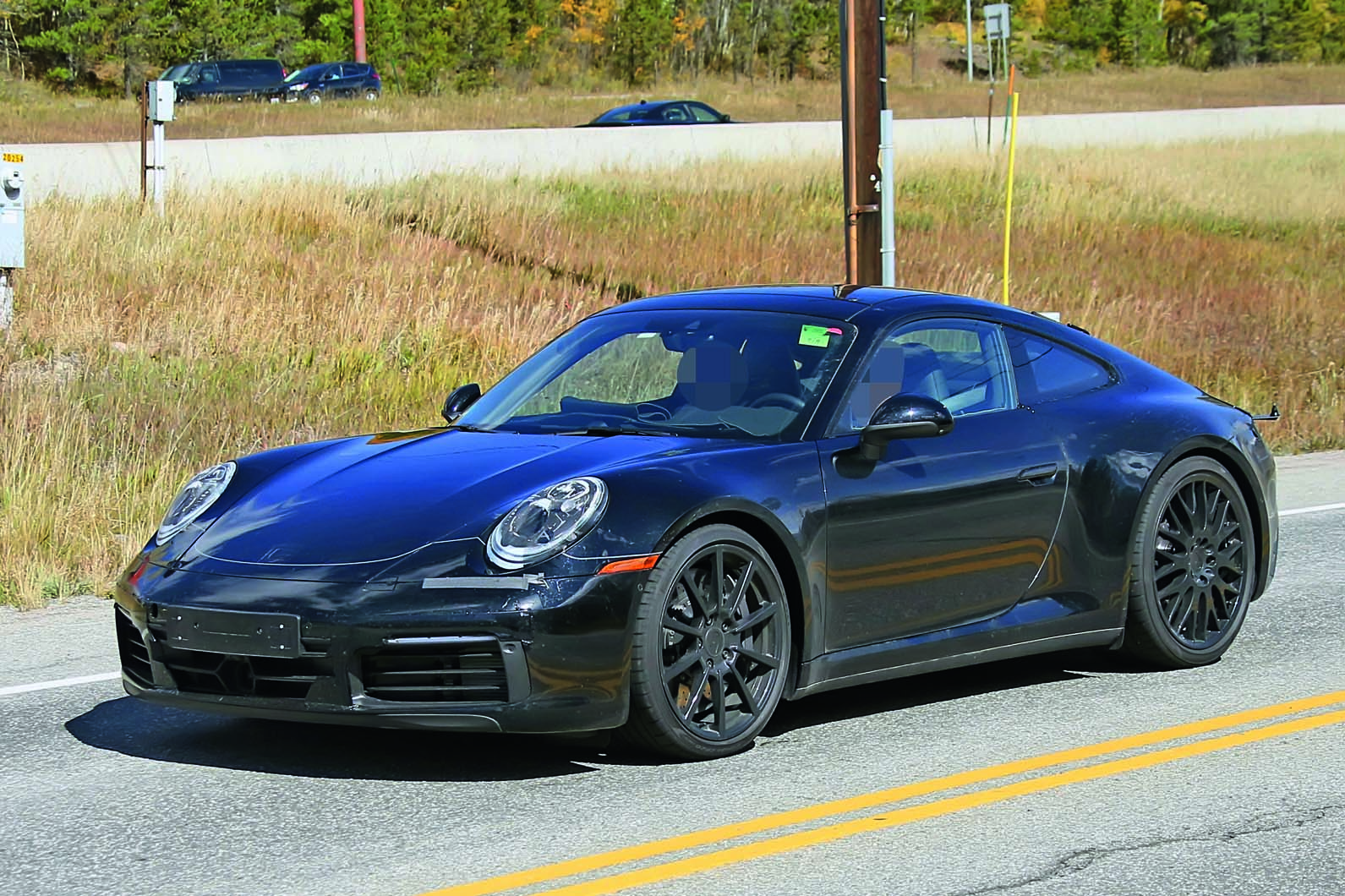 The structure, which has been developed in partnership with Bertrandt, a company Porsche has used for the development of all its recent models, is also claimed to bring greater levels of static stiffness and dynamic rigidity than those of today’s 911 models.

Despite the developments to its platform and body structure, added equipment levels and incremental increases in dimensions mean the new 911 is unlikely to benefit from a significant reduction in kerb weight.

Also unclear at this stage is whether Porsche will equip standard versions with the lithium ion battery that, up until now, has been reserved for track-focused 911 models in place of a more traditional and heavier lead-acid battery.

The styling of the new 911 is little changed. The new model was initially previewed in a series of photographs depicting a disguised prototype of the 2018-model-year 911 issued in February. It follows an evolutionary path with a continuation of the customary look that has characterised the Porsche model through the years, albeit with some subtle modifications over its direct predecessor. 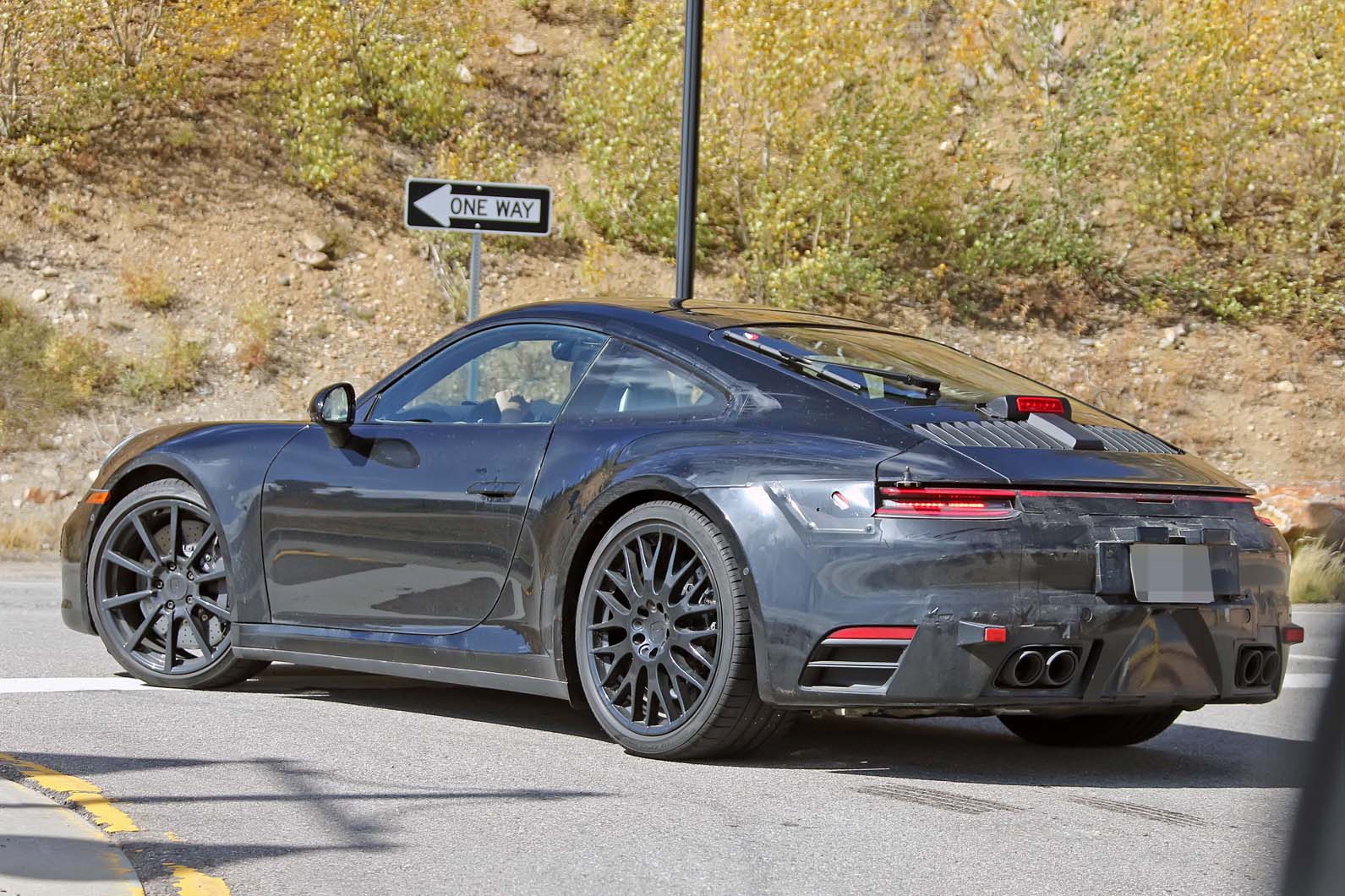 Included is a redesigned front end featuring a new-look bumper with altered air duct channelling, revised headlights that sit more upright and sport a new take on the four-element LED graphics adopted on all Porsche models, and reshaped front wings.

Further back, new door handles sit more flush with the bodywork and the rear haunches are more pronounced. The rear also adopts the full-width tail-light design of other recently launched Porsche models.

The new 911 also adopts a number of active aerodynamic features, including louvres within the front air ducts and a new rear spoiler claimed to provide improved downforce.

Dimensionally, the new Porsche is said to have grown. Official figures remain under wraps, but sources suggest that its length is up by around 20mm and overall width has increased to accommodate a rear track of 1850mm.

Changes to the interior are perhaps more comprehensive than those made to the exterior, with a new digital instrument panel, touch-operated switchgear and Porsche’s latest touchscreen infotainment system all featuring in a cabin that is claimed to be roomier than ever before. 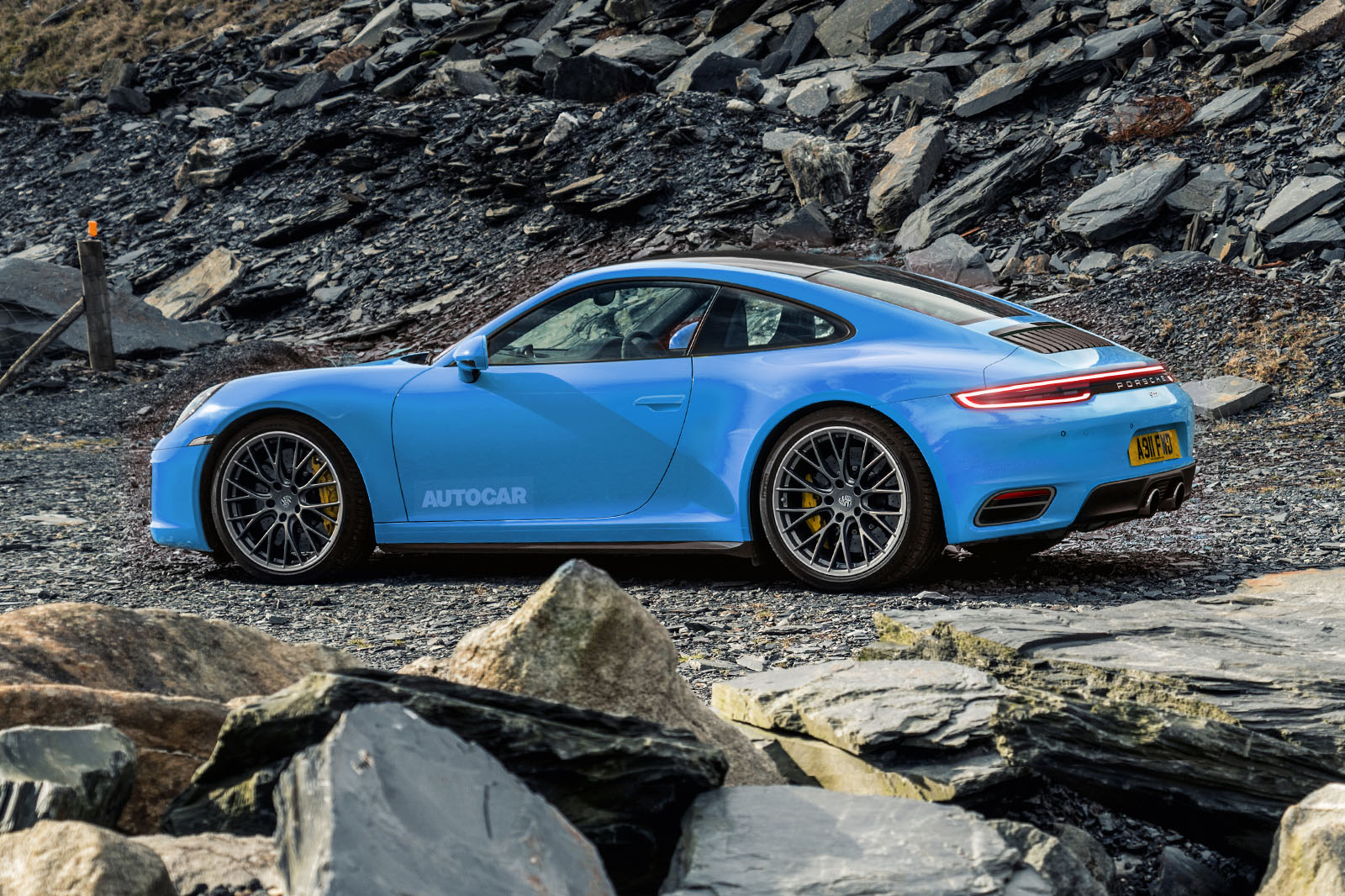 The platform of the new 911 is said to position the engine more inboard than in any previous generation for improved weight distribution. Along with passive mounts on lower-end models, Porsche will continue to equip the more powerful models with dynamic mounts to help suppress movement of the engine’s mass under load for more neutral handling.

The existing turbocharged 3.0-litre horizontally opposed six-cylinder engine will be retained for the Carrera and Carrera S. It adopts a number of changes to improve performance while reducing CO2 emissions, including altered turbocharger geometry and a new particulate filter.

In the Carrera, power output is said to increase by around 20bhp to 390bhp. With added turbo boost and other minor tweaks, the Carrera S is likely to make up to 450bhp, some 30bhp more than today’s model. Both units are said to have undergone a weight optimising process, although the reductions are described as ‘incremental’.

Early rumours suggesting the new 911 may use a powered-up version of the 2.5-litre horizontally opposed four-cylinder engine used by the Boxster and Cayman have been denied by Porsche, quashing any idea of a return of the 912 — the original four-cylinder 1.6-litre 911 produced between 1965 and 1969 and resurrected between 1975 and 1976 with a 2.0-litre powerplant at the height of the oil crisis.

Indications are that the eighth-generation 911 could be the first to be launched without a single naturally aspirated engine in the line-up. Officials won’t comment on whether the next GT3 will switch to forced induction, but sources within Porsche’s Motorsport department confirm studies are being carried out on an evolution of the next 911 Turbo’s twin-turbocharged 3.8-litre flat six engine conceived for motorsport activities. 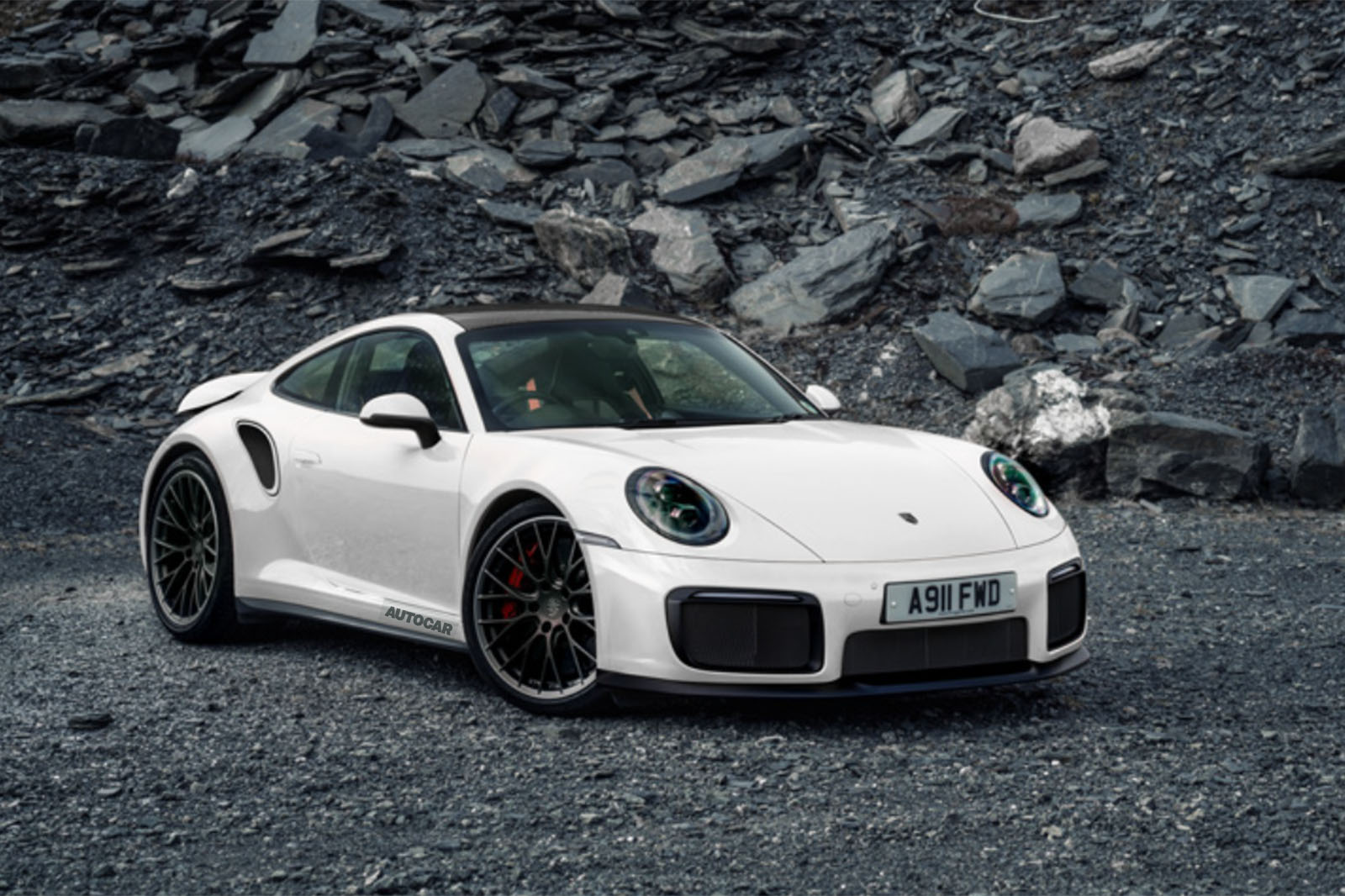 What is certain is that the new 911 has been engineered to run a petrol-electric plug-in hybrid powertrain. Although not expected to be offered until closer to a planned facelift for the upcoming 992 in 2022,the new system will combine the Carrera’s turbocharged 3.0-litre six-cylinder engine with an electric motor for a predicted combined output close to 500bhp.

The new plug-in hybrid powertrain is said to use a lithium ion battery with cell technology more advanced than that used by plug-in hybrid variants of the second-generation Panamera and a capacity of around 11kWh.

And what of the rumours of a pure-electric version of the next 911? “Two years ago, I’d have said no way,” said August Achleitner, project leader for the 911. “Today, I wouldn’t categorically rule it out.”

As with the existing 911, the new model will be offered with the choice of either a seven-speed manual or seven-speed dual-clutch automatic gearbox, the latter said to boast new developments aimed at improving its already rapid gear-shifting ability while increasing efficiency through its improved stop-start, coasting and brake energy recuperation functions.

Also set to be included on the new 911 are the carbide-steel brakes that first appeared on the new third-generation Cayenne SUV.

Before the 992-series 911 arrives, however, Porsche is planning one last flourish for the

1973 911 Carrera RS 2.7 — Porsche’s homologation 911 for Group 4 racing proved hugely popular. Just 500 were initially built but they all sold straight away, so Porsche extended the production run to 1580. 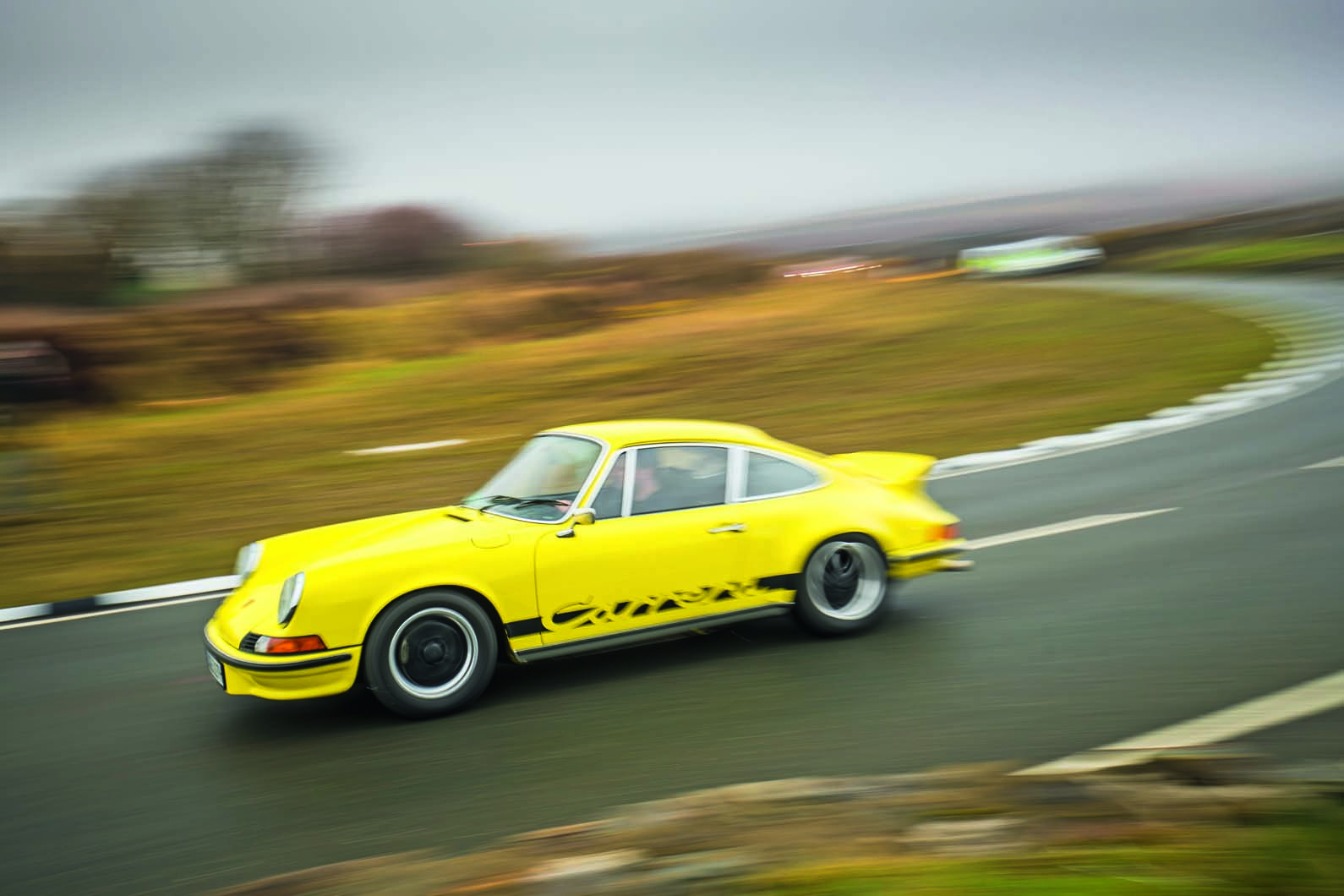 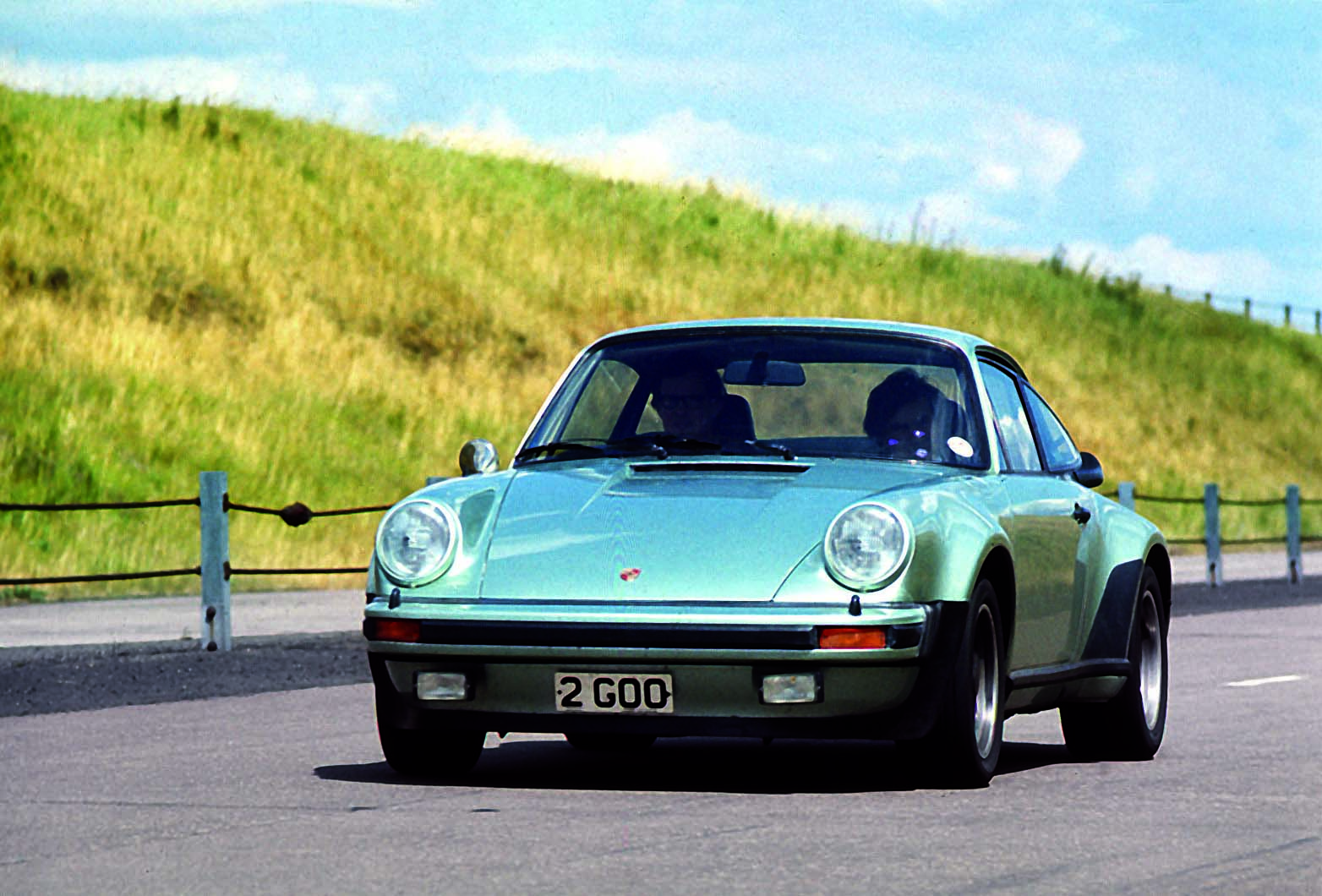 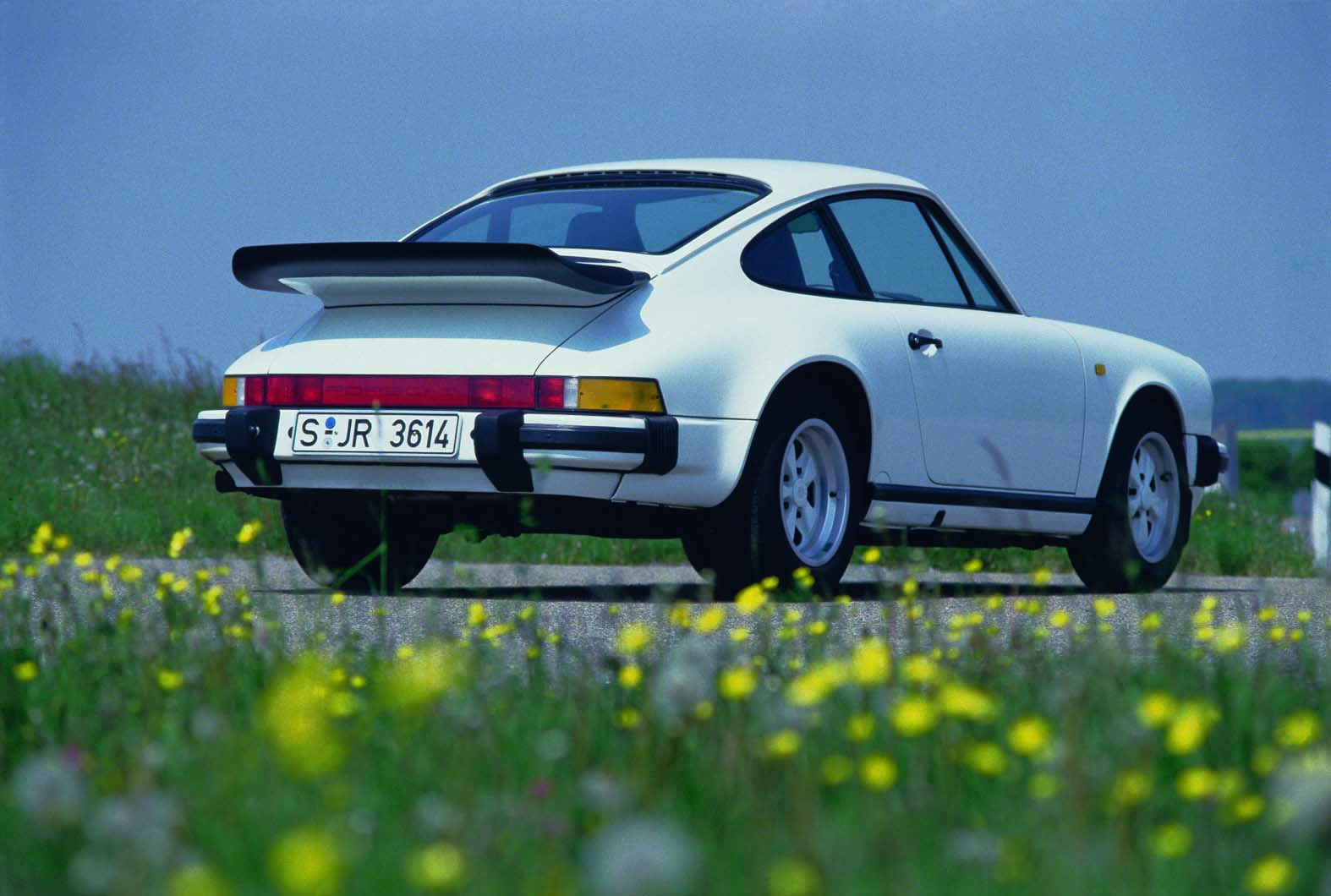 1994 993 Carrera — Even though 911 production still continues 20 years later, the 993 is hailed by purists as the last true 911. It was the final model to be powered by the long-standing air-cooled engine. 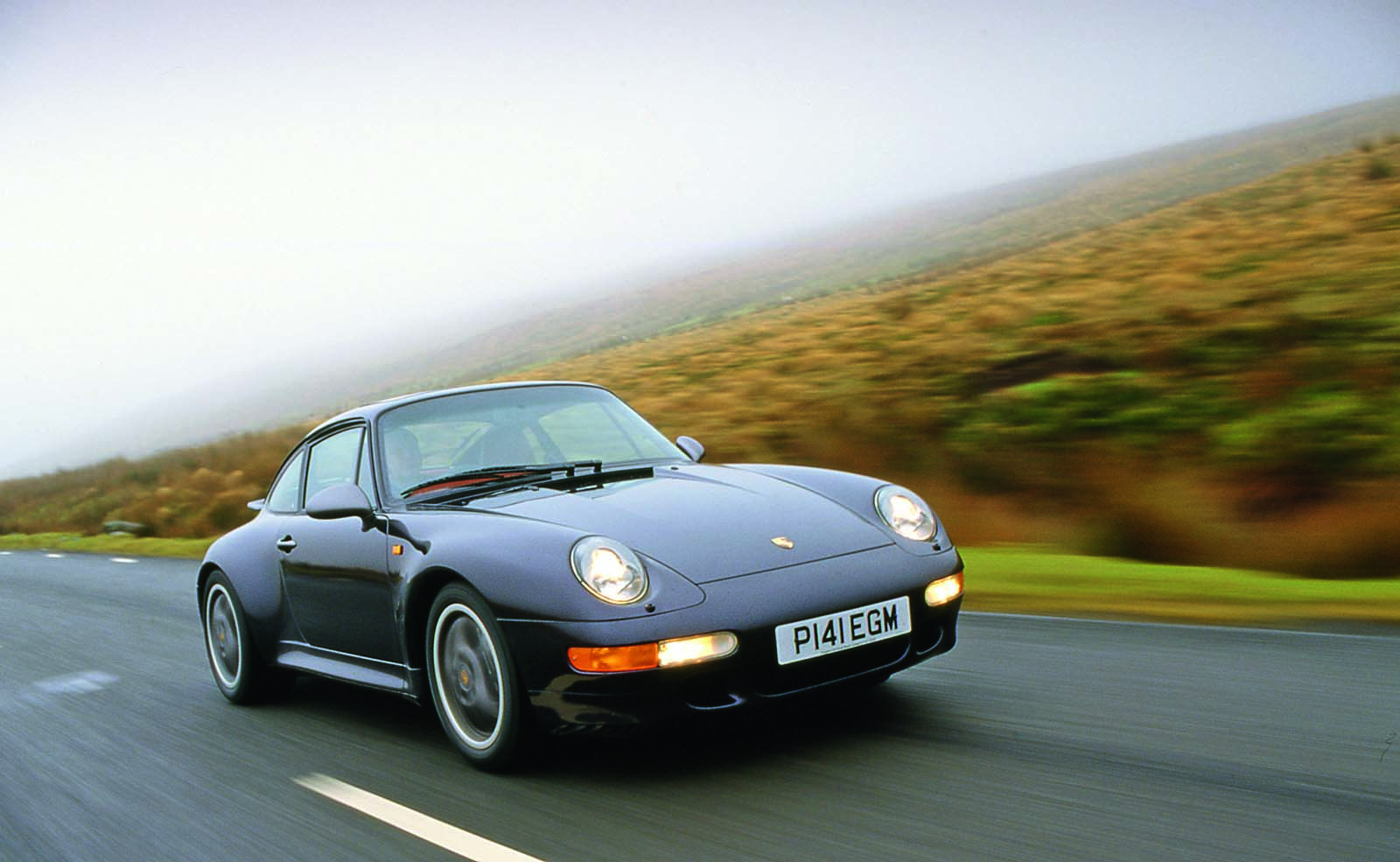 1996 GT1 — The extreme GT1 was a homologation 911 for sports car and endurance racing, with 25 ‘Strassenversion’ (meaning ‘street version’) examples produced. The race version won at Le Mans in 1998. 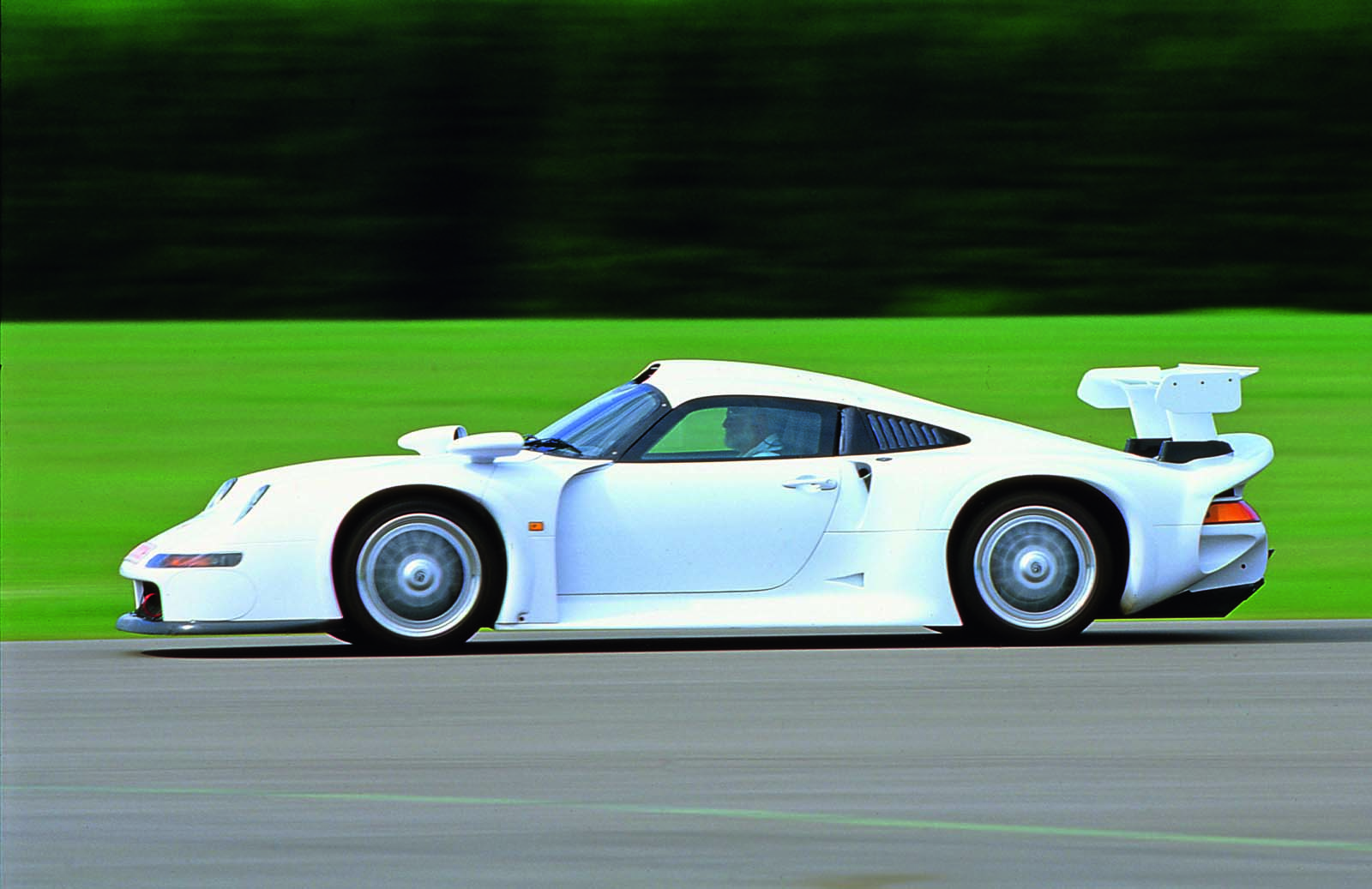 1997 996 Carrera — Porsche’s switch to water-cooled engines saw an almost complete overhaul of the 911 with the 996 generation. It was the most radically changed incarnation since the dawn of the 911 in 1963. 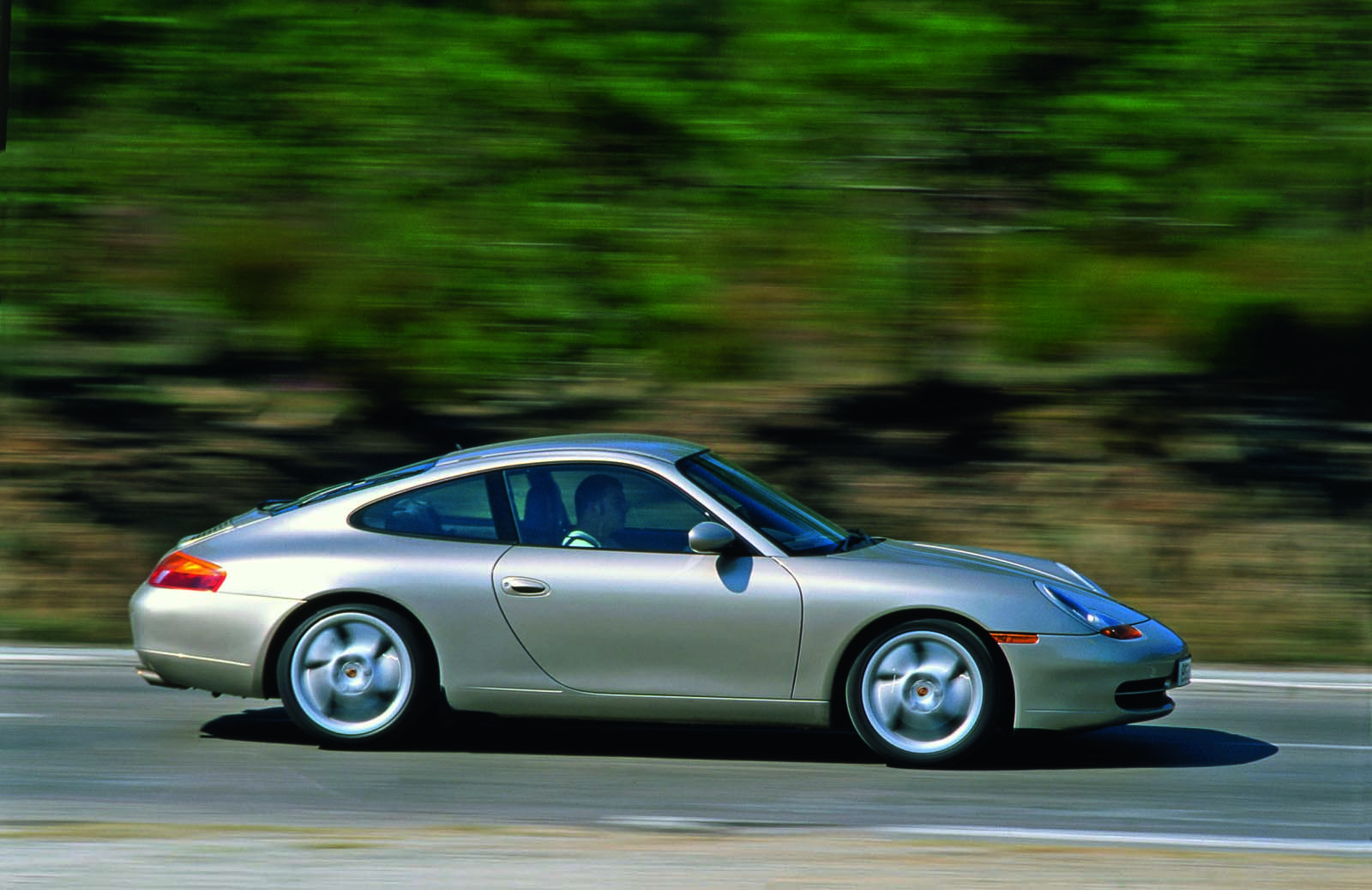 2010 GT2 RS — We said: “Legalised insanity from those wacky folk in Porsche’s Motorsport department or, to put it another way, the maddest production car ever to wear the shield of Stuttgart on its nose.” 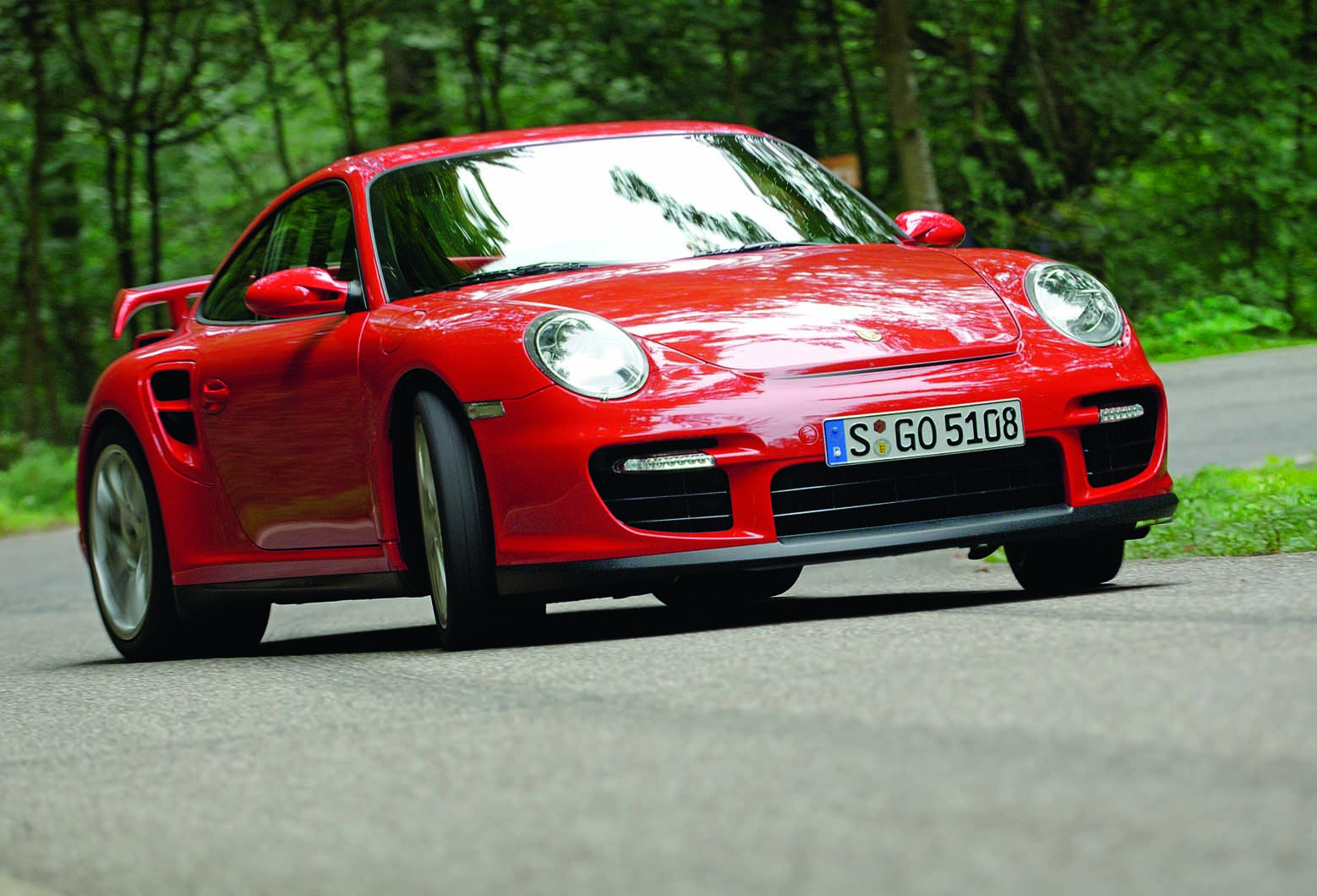 2015 991.2 Carrera — The current iteration of 911 is the largest and, like for like, the heaviest, but it’s also the fastest and most capable generation, partly thanks to the introduction of turbocharging. 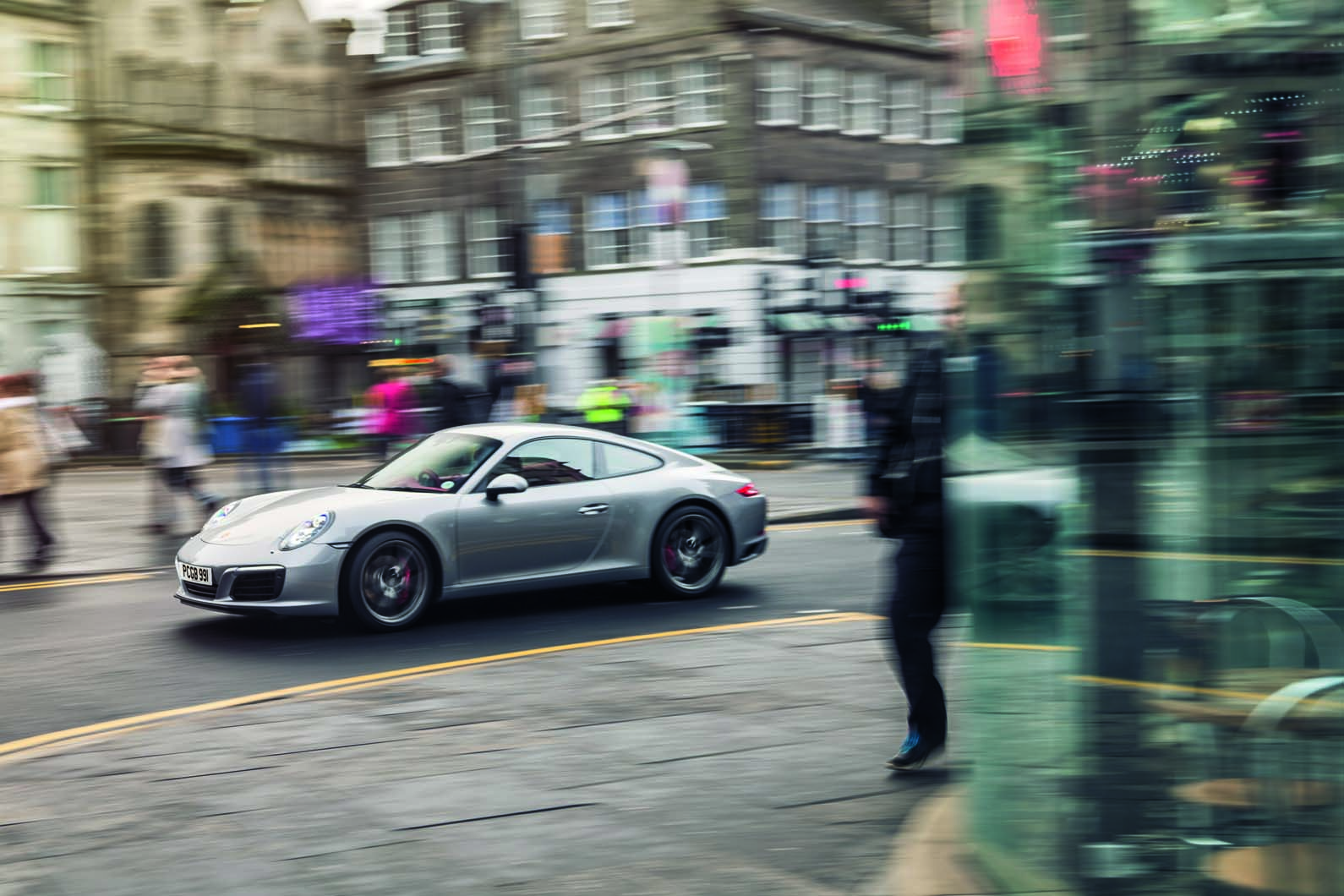 2019 992 Carrera — The next-generation 911 will take things a step further. Among other things, it will be the first 911 with a hybrid powertrain, which is set to inject even more pace into its performance. So my mate down the street wins the lottery

So my mate down the street wins the lottery, and says he will buy me this 992 Carrera on account of our lifelong frienship. Anyone here saying "no thanks mate, I much prefer the old one's"? I thought not.

We can't live in the past!

To be fair to Autocar, until they've driven the next-gen 911 themselves, all they can do is tell us the numbers. I'm sure once they get behind the wheel, they will tell us what it feels like, looks like and sounds like.

I don't think Autocar is out of touch with its readers - I think that some people are out of touch with reality. We can't live in the past - life progresses whether we like it or not. If you're upset by that then you should read classic car magazines instead of modern ones.

It’s had a nip here a tuck there and in that nice shade of Blue it looks good, it’s a Porsche!